A new member is joining Adam Levine and Behati Prinsloo’s family! There are reports that the 43-year-old frontman of Maroon 5 and Victoria’s Secret model, who got married in 2014, is in the process of giving birth to their third child.

Besides the newborn, the couple also has two other daughters, Gio Grace, 4, and Dusty Rose, 5. In a silk floral outfit, Prinsloo joined Levine for a meal on Monday at the Valentino restaurant in Santa Barbara, where the pregnant model was spotted flashing her growing belly. 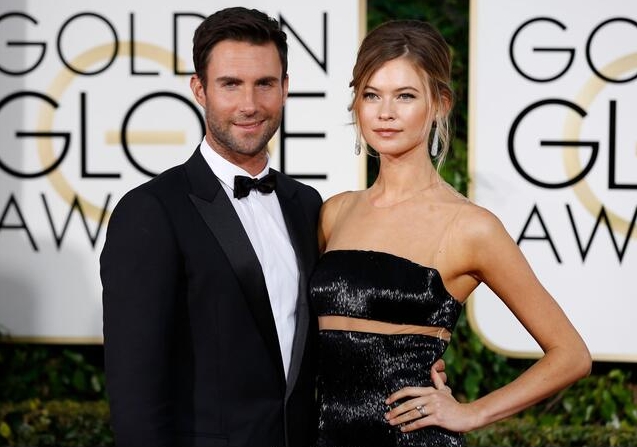 According to Entertainment Tonight, Prinsloo talked about the possibility of growing his family from four to five when he spoke with them in November.

The couple’s marriage has lasted for a decade, and since Adam Levine’s “moves like Jagger” first captured the attention of Behati Prinsloo ten years ago, the couple has been happy ever since. Despite this, Prinsloo’s modelling portfolio hasn’t always been as picture-perfect as Prinsloo’s love life.

We look at some moments that the former Victoria’s Secret Angel and Maroon 5 frontman has shared throughout his career. The timeline below shows how their relationship developed over time.

Behati And Levine Begin Dating In 2012 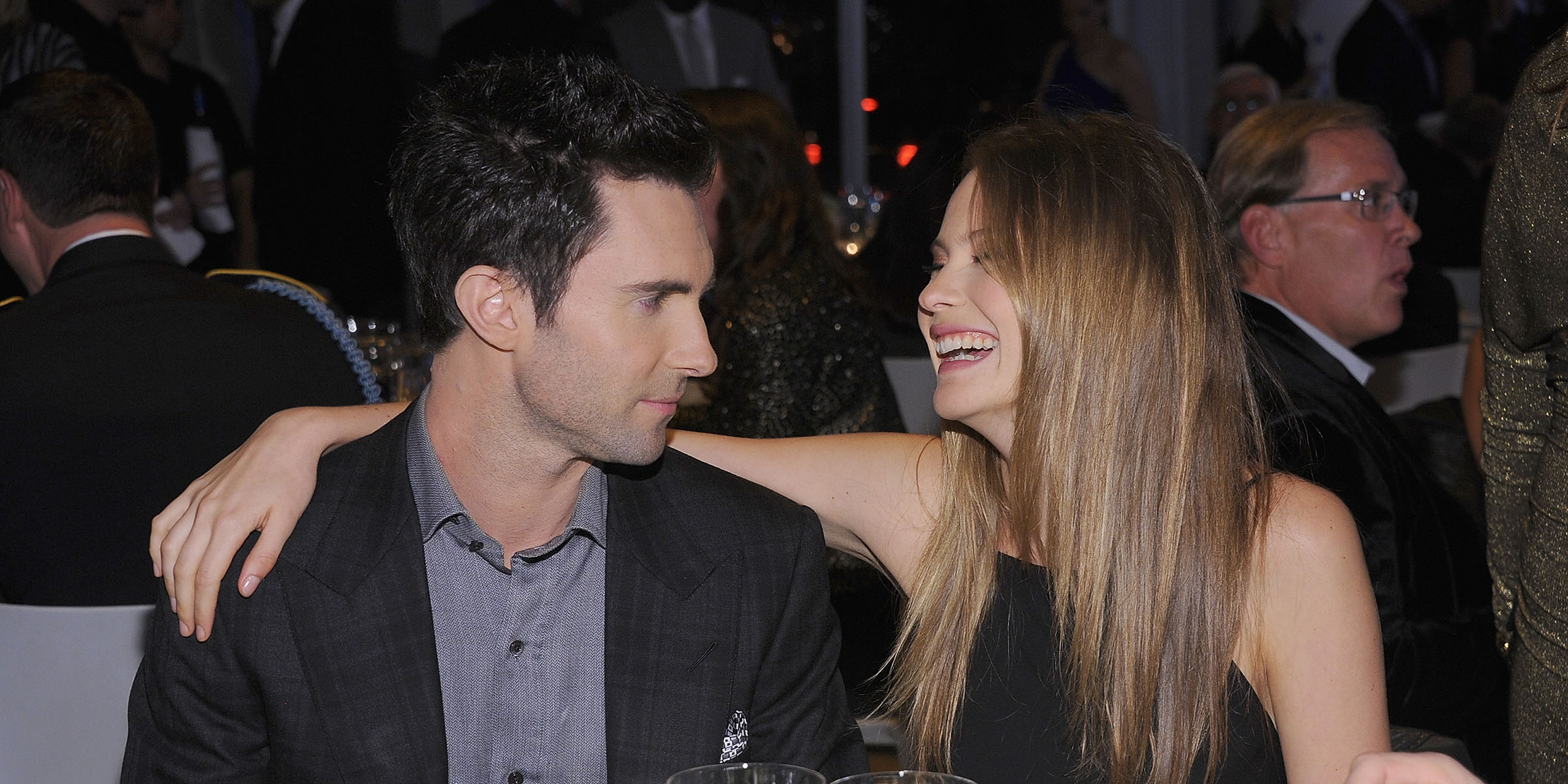 During a pre-wedding party held on the island of Kauai by a mutual friend of Levine and Prinsloo, the two were spotted kissing. They seem to have confirmed their relationship four months after the beginning of the relationship by attending the Gentlemen’s Ball of GQ magazine in October 2012.

The Romance Begins To Fade Away In Early 2013

It was reported that the pair were having issues by February of 2013. At the time, Levine was at the Grammys with his mother, which led many to wonder why he did not take Prinsloo with him.

The singer decided to move on to another model, Nina Agdal, in May 2013. It has been reported, however, by a source that this new fling was relatively informal. 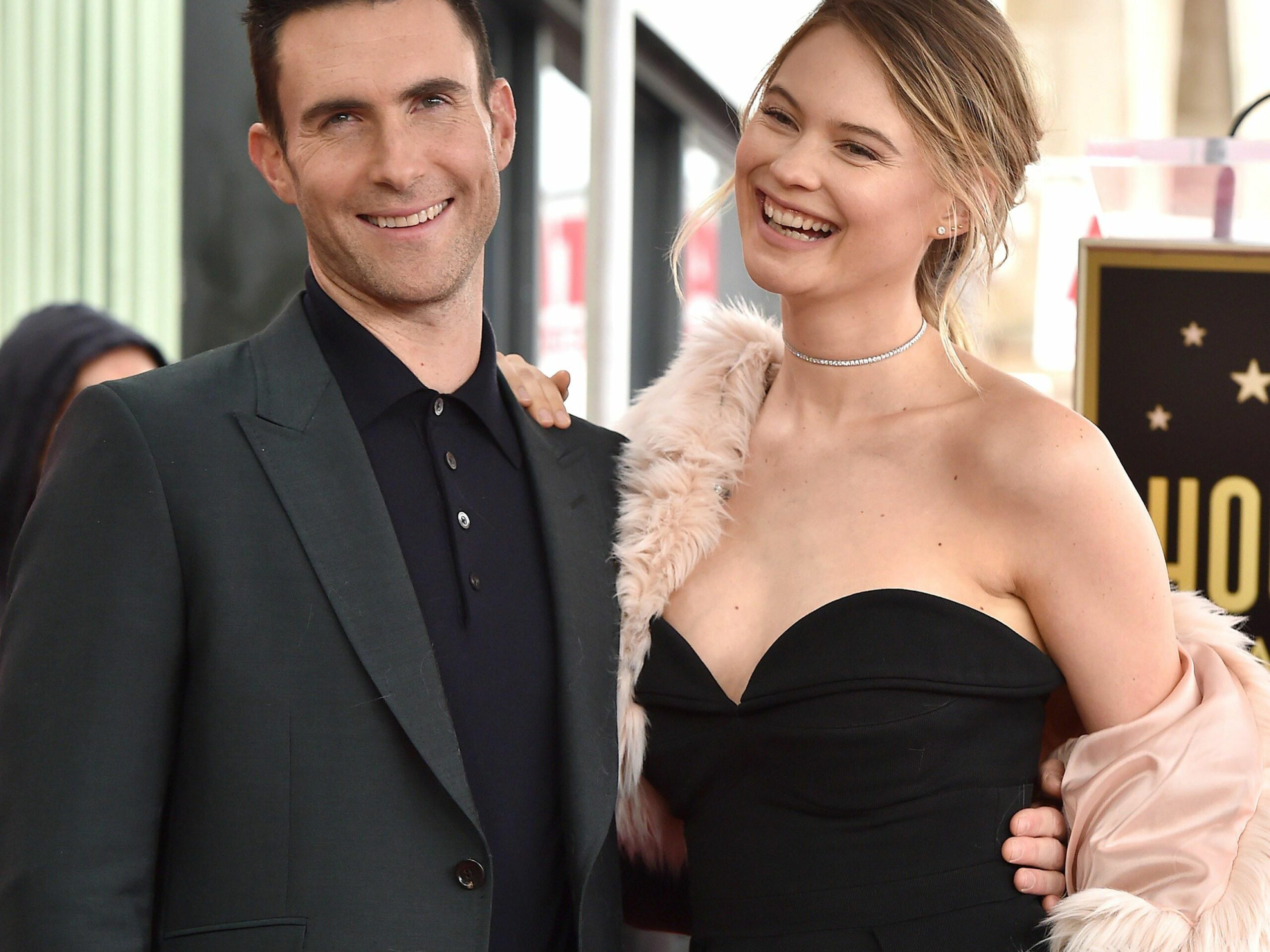 Levine and Prinsloo spent some time apart during the summer of 2013, and their hearts grew fonder because they got engaged in July 2013.

It was confirmed at the time by a rep for the “Sunday Morning” singer that the singer had proposed to his model fiancée while he was in Los Angeles. There had been an on-and-off relationship between them for about a year before the breakup.

According to our sources, Agdal was devastated when she received the news of Levine’s engagement via text message.

The Couple Got Married In 2014 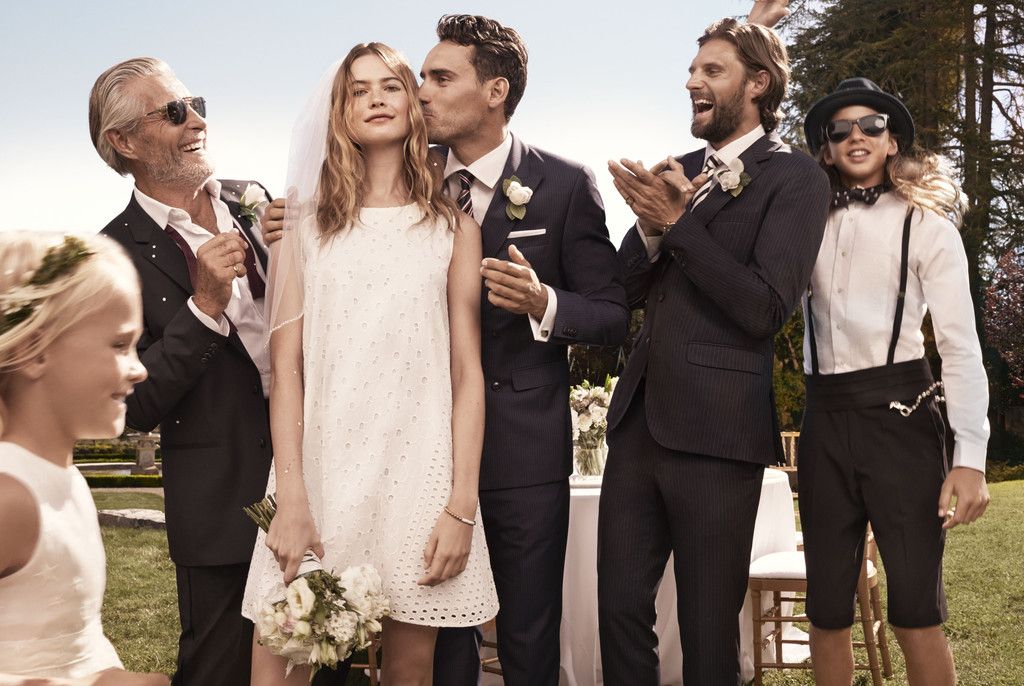 It was only a year after Levine and Prinsloo got engaged that they got married. A total of 275 guests attended the couple’s wedding at Flora Farms in Los Cabos, Mexico, including stars like Robert Downey Jr., models Coco Rocha and Candice Swanepoel, and Levine’s Maroon 5 bandmates Jesse Carmichael and James Valentine.

Their First Child Was Born In 2016 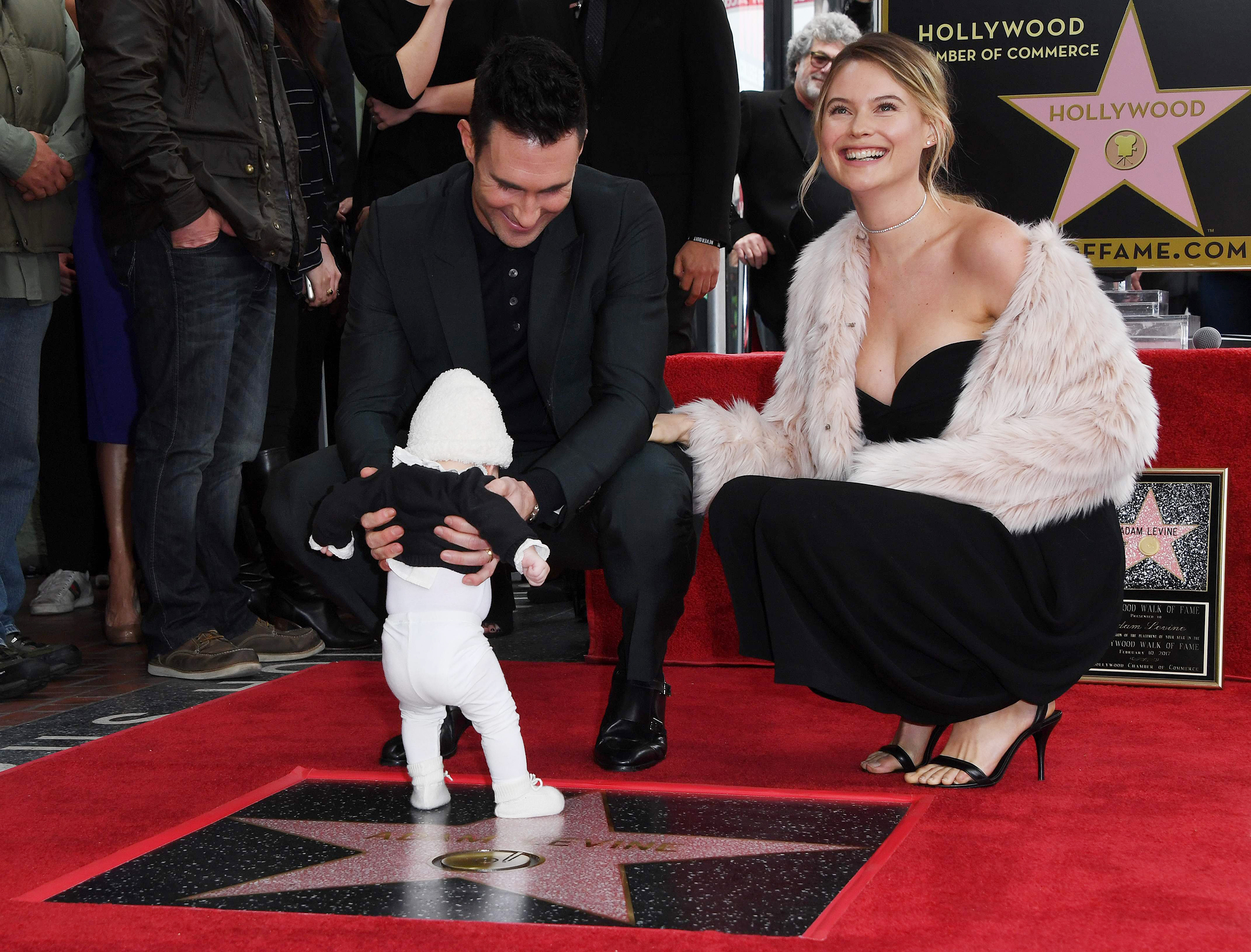 Levine and Prinsloo had revealed they were expecting the birth of a baby. As of then, Us Weekly reported that he was ecstatic about the fact that he had become a first-time father and that he was thrilled about the experience. In September 2016, they welcomed their first child, a daughter named Dusty Rose. 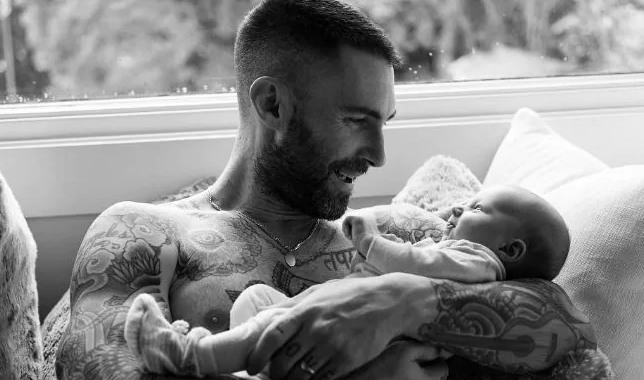 Earlier in September 2017, Prinsloo shared a picture of her baby bump in a bikini on social media as part of her announcement that they were becoming a family of four.

This November, Levine joined Ellen DeGeneres on “The Ellen DeGeneres Show” to announce that he and Prinsloo were expecting their second child. A new baby was added to the couple, Gio Grace Levine, in February 2018. 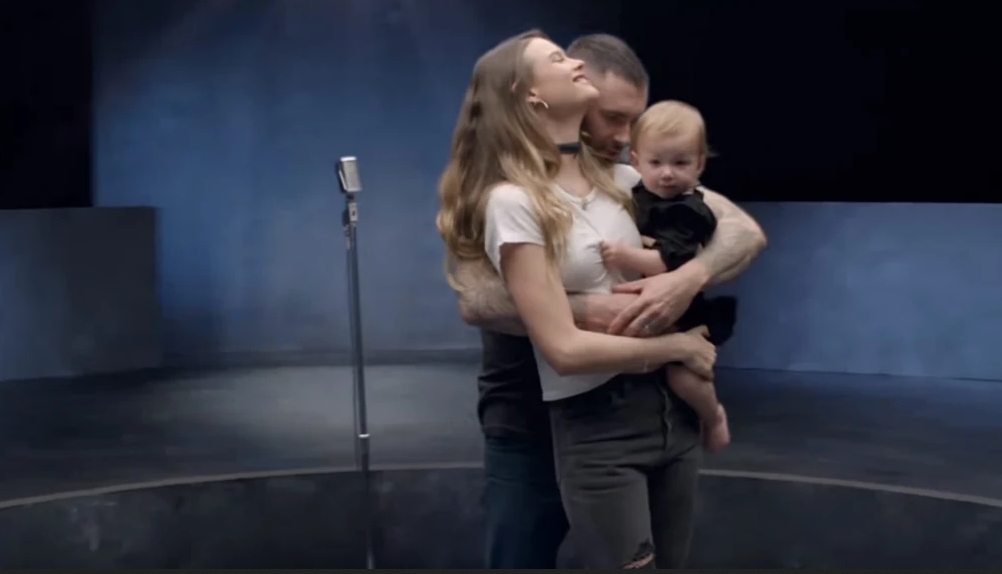 In the music video for Maroon 5’s 2017 single, “Girls Like You,” Prinsloo is joined by her daughter, Dusty Rose, as part of a long list of famous women who appeared in the video.

Throughout the video, Levine is surrounded by celebrities such as Gal Gadot, Jennifer Lopez, Camila Cabello, and Millie Bobby Brown. After finishing the song, the singer hugs his wife and the couple’s first child in front of the audience.

In 2019, Behati Prinsloo Announced That Adam Was Leaving The Voice

The singer shared her thoughts about Levine’s unexpected departure from The Voice while she appeared on the Today Show in June of 2019, where she spoke about the 16 years he spent as a mentor and judge on the show.

Prinsloo said, “This is good news for me, but the kids as well.”. She shared how she and her husband will spend their newly acquired free time together. “He is excited to get home and, for the first time, have nothing to do,” she said. “I’m like, ‘What will I do with him?’

As a result of having given birth to her two children, the model experienced postpartum lows following the birth of every child and thanked Adam for helping her pull through these times.

Behati Prinsloo And Adam Levine Deny Rumors Of Pregnancy For 2020 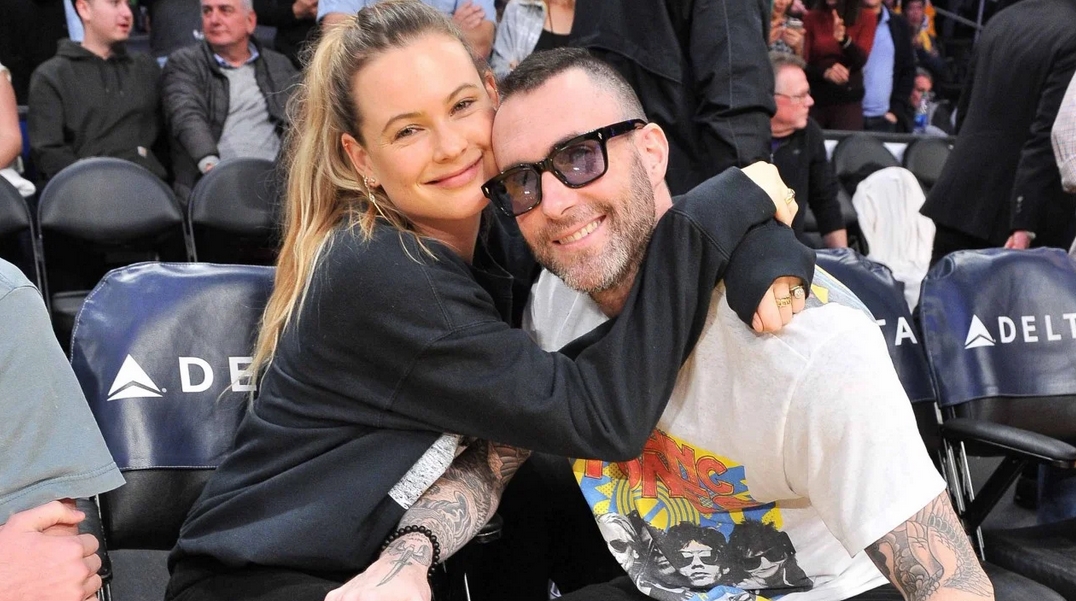 After Prinsloo posted a photo of what appeared to be an ultrasound on her Instagram page back in April 2020, fans began to speculate that she was expecting her third child.

Fortunately, she clarified the situation in an update to the caption, in which she explained that Dusty, her daughter, somehow managed to access the phone she was using. The picture she posted illustrated the sweatpants with black and white splatters that she was wearing.

On The Howard Stern Show, Levine further addressed the speculation and shared Prinsloo had not yet reached the point where she was interested in having another child.

As part of their annual tour of the Pacific Palisades house, which they bought from Ben Affleck and Jennifer Garner in 2019 for $30 million, the duo gave the world a glimpse of their Pacific Palisades house in August 2021. Levine noted that the COVID-19 pandemic had given them a deeper appreciation for their home than ever before.

Levine And Prinsloo Expecting Their Third Child In 2022 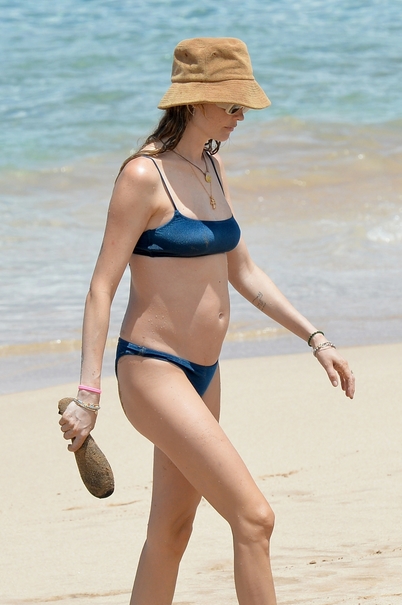 Earlier this year, Levine and Prinsloo announced they would expect their third child in September 2022. In a recent photo taken over the holidays while she and her husband were on vacation with their children in Hawaii, Victoria’s Secret model was seen flaunting her burgeoning baby bulge.

In a few weeks, the couple will become a family of five due to the birth of their third child. Hopefully, they will enjoy good health for years to come.