Times are changing so is Forbes! For the first time ever, an animal has made it to the prestigious magazine’s list. Believe it or not, a sheepadoodle named Bunny has left behind many “human content-creators” and registered its name on Forbes’ first-ever “Top Content Creators List”. The proud parent of this dog is Alexis Devine, an artist in Tacoma. On no. 45, ‘I Am Bunny” is boasting its many skills. 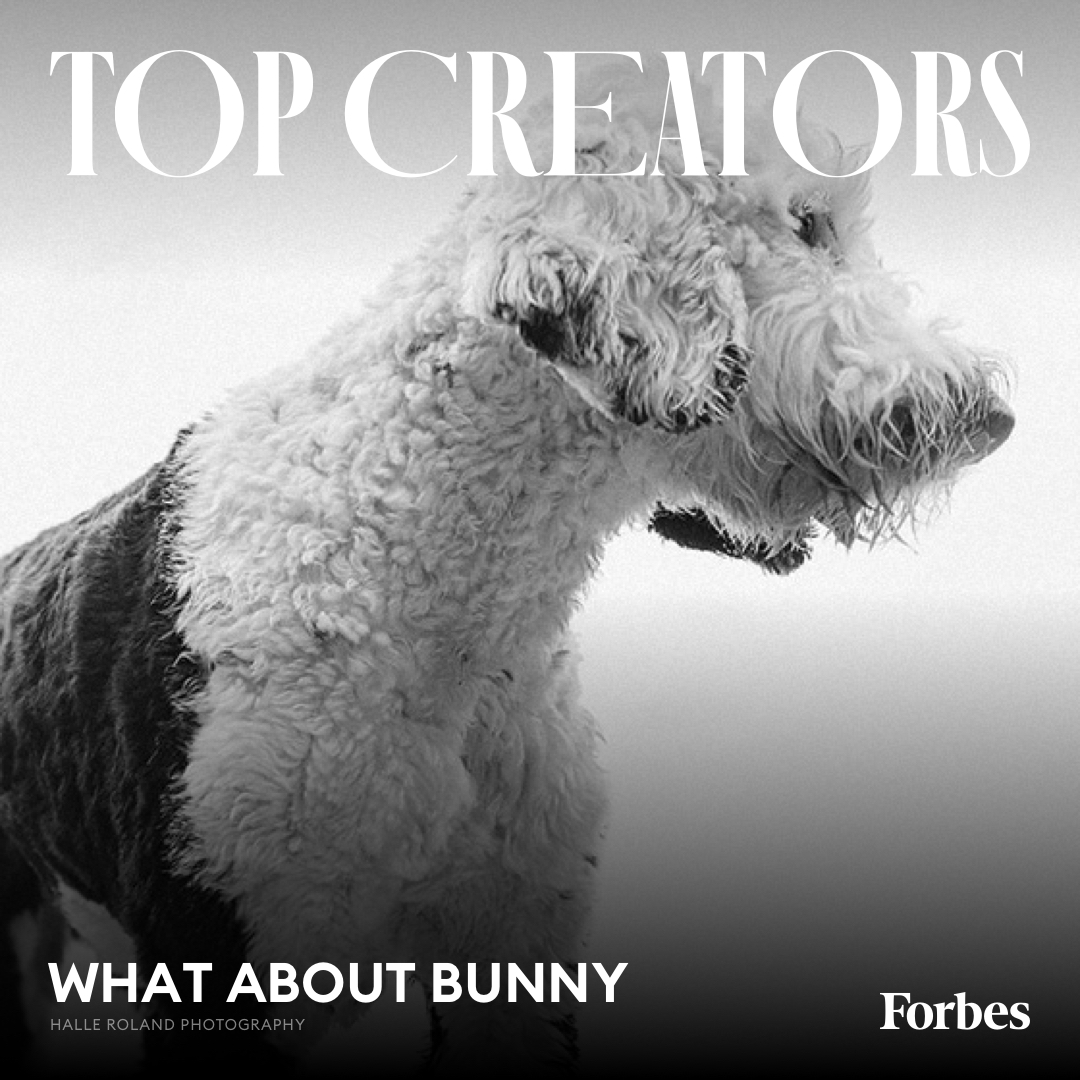 I AM Bunny, And I am Famous…

Bunny needs no introduction. The ‘talking sheepadoodle’ has 1.2 million followers (And growing) on Instagram. Bunny, who goes by the username “I Am Bunny”, became an internet personality in no time, courtesy of its ability to talk to humans. Confused? Well, Forbes certainly feels privileged to give it the honor.

If you aren’t aware, Forbes recently released its first-ever “Top Content-Creators List” and has ranked the 50 highest-earning, most influential social media stars across platforms like Twitch, YouTube, TikTok and Instagram. While famous internet personalities like Charli D’Amelio, Dixie D’Amelio and Aimee Song made it to the top most content creators of 2022, there’s an animal that has stolen a human’s place at no. 45.

Well, it’s none other than “I Am Bunny”, who is a talking sheepadoodle, whose Instagram posts are followed by over 1.2 million IG followers. It has attracted a global fanbase with videos wherein it can be seen telling her owner that she loves her mom, smells weird things and misses her dad.

If you look at its videos on Instagram, you’d see how adorable this sheepadoodle is. And why not, Bunny has the ability to communicate with humans by using a soundboard having 92 buttons, which include feelings like “outside”, “chase”, “love” and “sad”. Bunny uses its muscle memory to press these buttons with her paws. And guess what? the dog’s got its owner some serious business!

As a business pooch, Bunny’s owner has been able to secure partnerships with renowned pet food brands like Open Farm Pet. Not only this, Bunny is bringing a change in society with many fundraisers. For instance, it has been able to raise over $6,600 so far for an NGO, Communication First, dedicated to protecting the civil rights of children and adults.

Not only on Instagram but Bunny is loved on TikTok as well. It’s got more than 2.5 followers on the platform. One of my favourite videos of Bunny still remains the one from April 2022 when its human parent, Alexis Devine, posted a video of Bunny pressing the “dog” button, then “what” and then “dog” and fourth “is”, which reads as ‘Dog what dog is?’ Its owner, Devine captioned it: “This is happening so frequently that I’m going to add the buttons ‘animal’ ‘same’ and ‘different.

While I think of Bunny, it reminds me of an episode from “Rick And Morty” Season 6, wherein Morty’s pooch Snuggles turns into an intelligent and superior being after Rick implants an intelligence helmet. But even when at war with humans, dogs turn out to be the most humble beings on the planet. So yea, the episode ends on a good note where they march onto a new planet to make a better place to live, and say: “We’re better than humans”. Such is the case of Bunny, but the only difference is, that it’s got a loyal friend, Alexis. Buns are putting smiles on the faces of the most depressed souls and at the same time, contributing to society.

From being smart to being polite, Bunny is truly setting an example. Securing a place at no. 45 seems a little unfair, but it’s all good for starters. Bunny’s communication skills and muscle memory are just astonishing, and well, I suppose there’s a long way to go for this pooch. What do you think of this adorable pooch?