A Look at Josh Duhamel and Audra Mari’s Relationship Timeline

Josh Duhamel and Audra Mari are all set to tie the knot! The whirlwind romance of these two lovebirds started in the year 2019. They got engaged earlier this year after nearly two years of dating.

We know you want to learn all about their love story, so what are you waiting for? Keep scrolling to catch deep insights into Josh Duhamel and Audra Mari’s relationship. Josh and Audra crossed paths for the first time in the year 2019. The When in Rome star and the former beauty pageant contestant were romantically linked to each other in October of 2019.

At that time, the two of them were spotted by the paps while they were kissing each other at an airport in Toronto. Their relationship saw the light of the day a little more than a year after his split with the I Care a Lot star, Eiza Gonzalez. 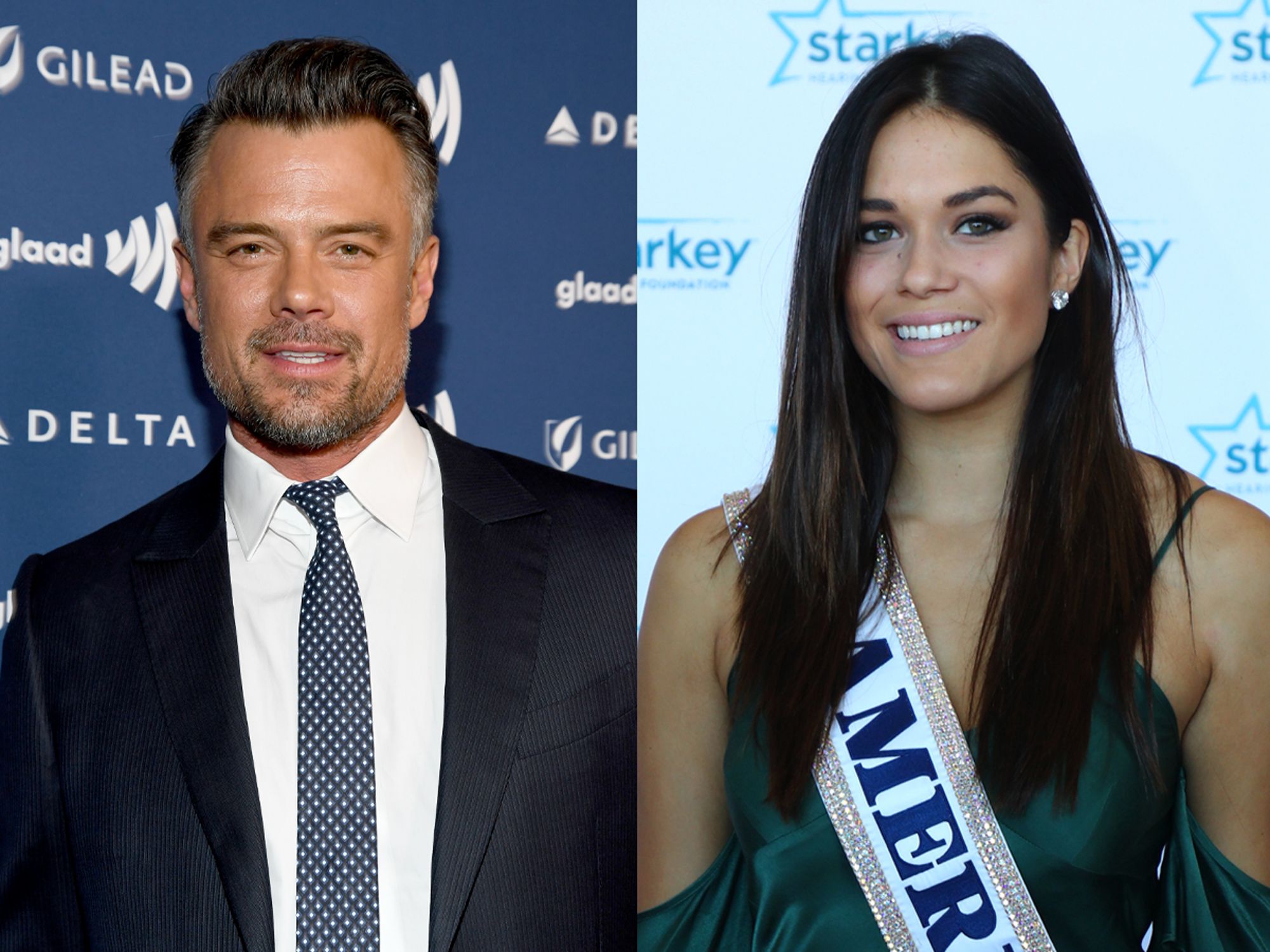 In October of 2019, the Life As We Know It actor and his new lady Audra were snapped packing on the PDA at an airport in Toronto. At that time, Josh was in Canada to shoot for his Netflix series Jupiter’s Legacy, and the beauty queen visited him. They were seen sharing a kiss outside of a Starbucks. 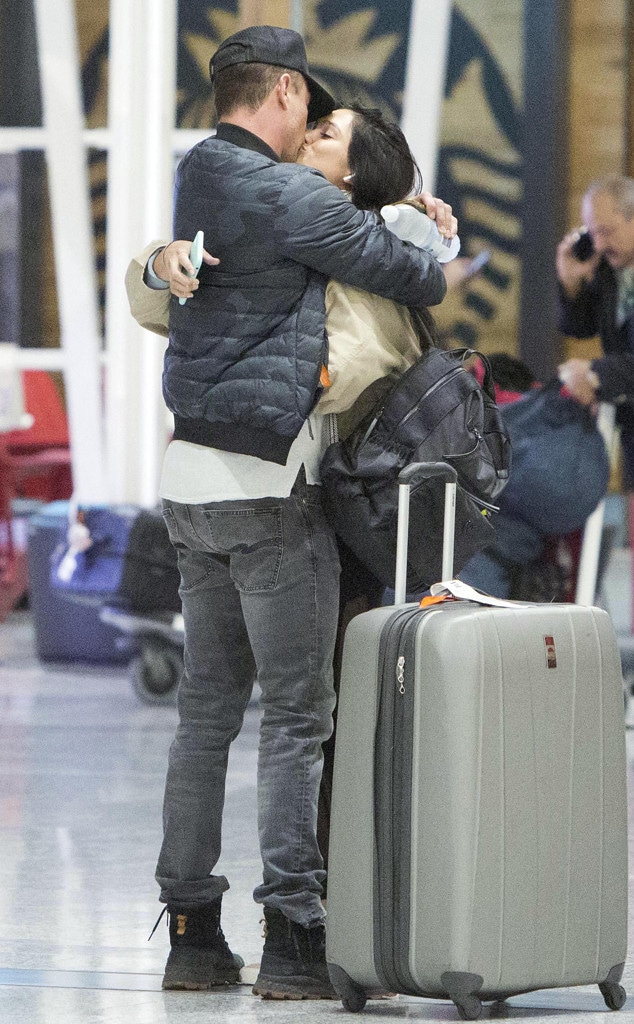 Nearly 2 months later, Josh and Audra attended a Christmas party in Los Angeles together in December of 2019. At that time, a source told People, that the pair has been dating for seven or eight months.

An onlooker told the media outlet, “They were basically together all night at the party. And she was also with another female friend. He was introducing her to people at the party.” The event took place a couple of weeks after Josh’s divorce from Fergie got finalized. 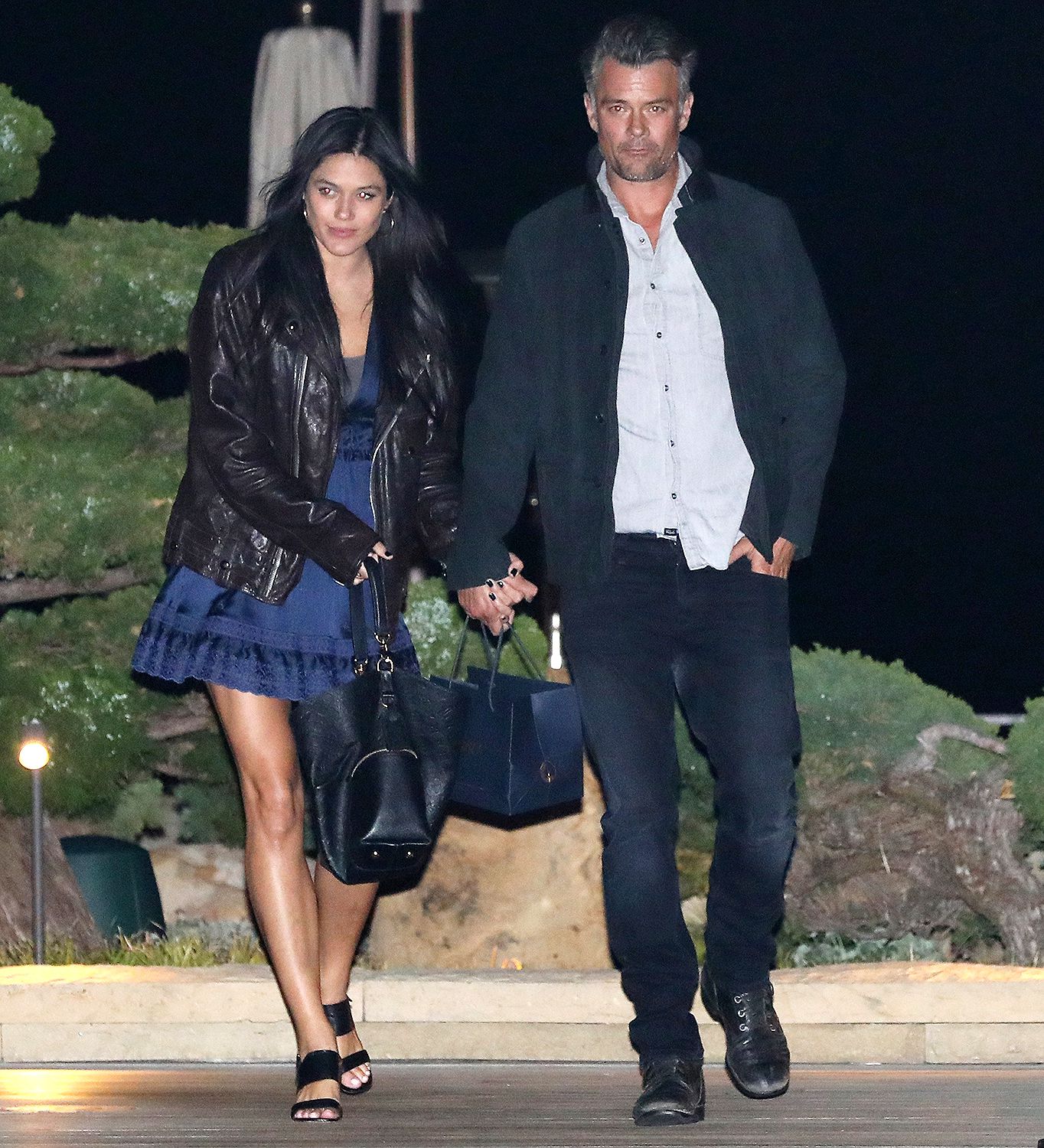 In January 2020, Duhamel spilled the beans on his blossoming romance with Audra Mari. While making an appearance on the Dan Patrick Show, Josh went on to say that he will be attending a Vikings football game that day with Mari, his father, and Mari’s father.

With time, the pair’s relationship became stronger and they were snapped out and about in public very often. In February of 2020, Josh and Audra were clicked by the paps while holding hands on a walk in L.A. 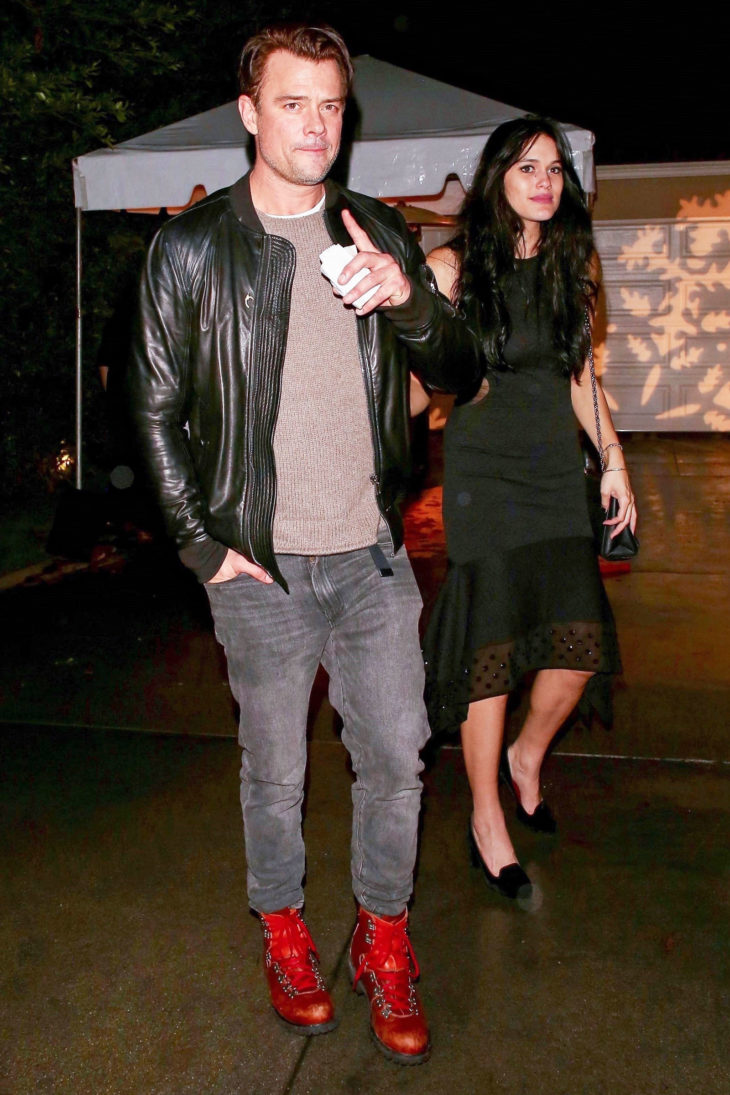 May 2021: Josh Duhamel and Audra Mari celebrate the 4th birthday of her niece

Audra is a doting aunt and she even posts about her nieces on social media. In May of 2021, Josh and Mari attended the fourth birthday party of her niece in her hometown, Fargo, North Dakota.

At that time, the beauty pageant queen even posted a series of pictures from her niece’s birthday party on the social media platform Instagram. She also tagged Josh in a cute selfie of the pair. 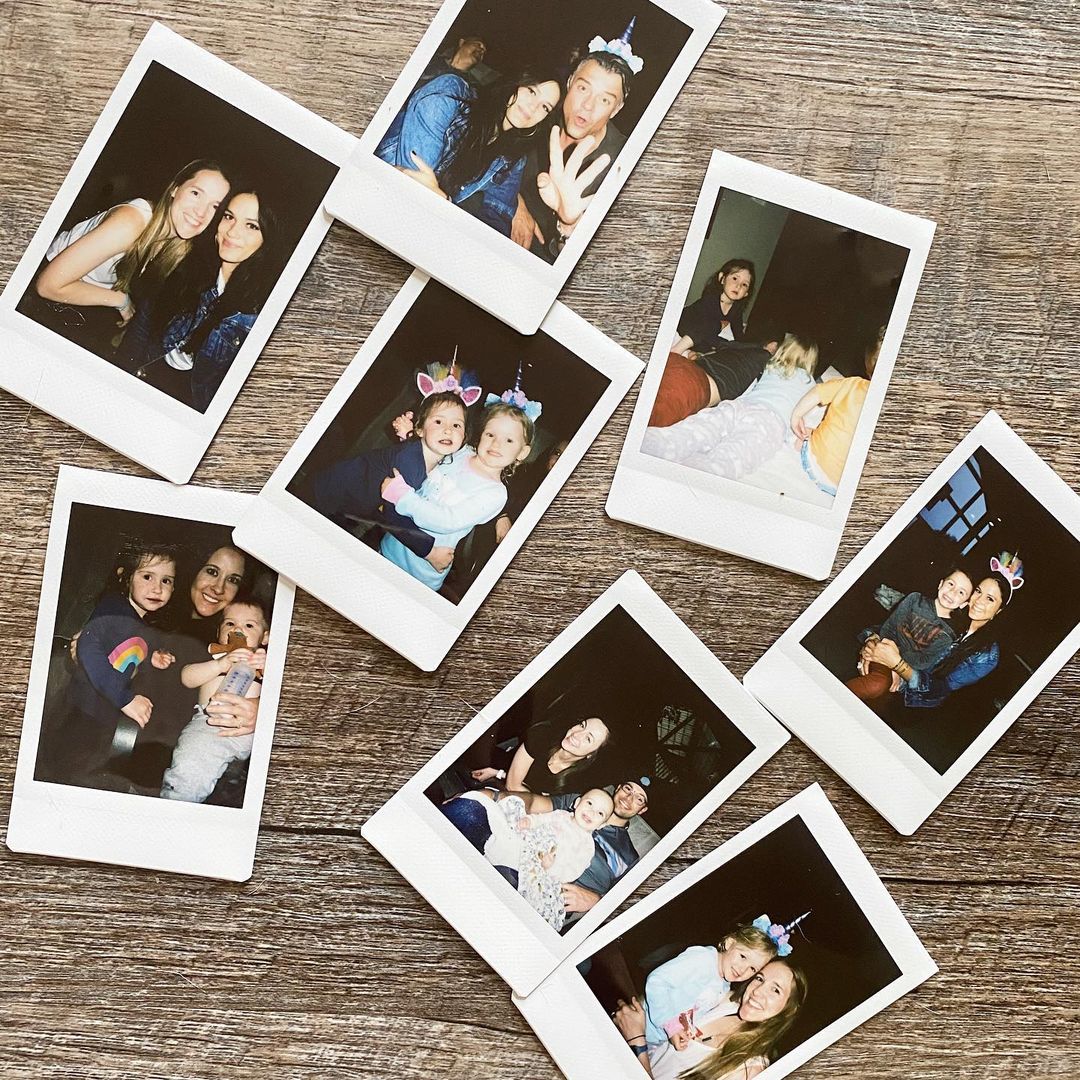 September 2021: Josh Duhamel and Audra Mari attend a concert together

The couple went to a concert in September of 2021. Then, they took a trip to their home state of North Dakota. The pair was accompanied by Mari’s friends at the concert. She also posted a carousel of pictures on Instagram.

The slideshow of pictures consisted of a backstage snap of the group at a Joan Jett and the Blackhearts performance and a cute picture of Josh and Audra smiling at the camera. Josh and Audra are very private about their relationship but they decided to share the great news of their engagement with their fans all over the world. He popped the big question to Audra on January 8, 2022, which was also her 28th birthday.

Mari shared a beautiful picture from the pair’s dreamy proposal on the social media platform Instagram. “my heart is so happy.. I love you @joshduhamel,” she captioned the snap. He proposed to his ladylove with a handwritten note that read, “Audra Diane Mari Will You Marry Me?” A couple of days after the pair’s engagement, a source told People, that Duhamel and Mari had “something special” from the very start. The source said, “He seemed a bit gloomy after his divorce and Audra definitely cheered him up. She came into his life at the perfect time.”

The insider continued, “They live a pretty quiet life in L.A. They often grab dinner in Malibu and walk on the beach. They have friends over for barbecues.”

January 10, 2022: A source says that Josh Duhamel and Audra Mari want to expand their family

Soon afterward, a source told People magazine, that Miss World America 2016 would love to have kids with Josh Duhamel. Another insider went on to say that the two of them are definitely on the same page.

A source told the publication, that the All My Children star “wants more kids and always has.” The source stated that Duhamel and Mari will probably “have kids sooner than later.” The source continued, “He’s not shy about it, but he’s felt this way since Axl was very young. He loves being a father.” 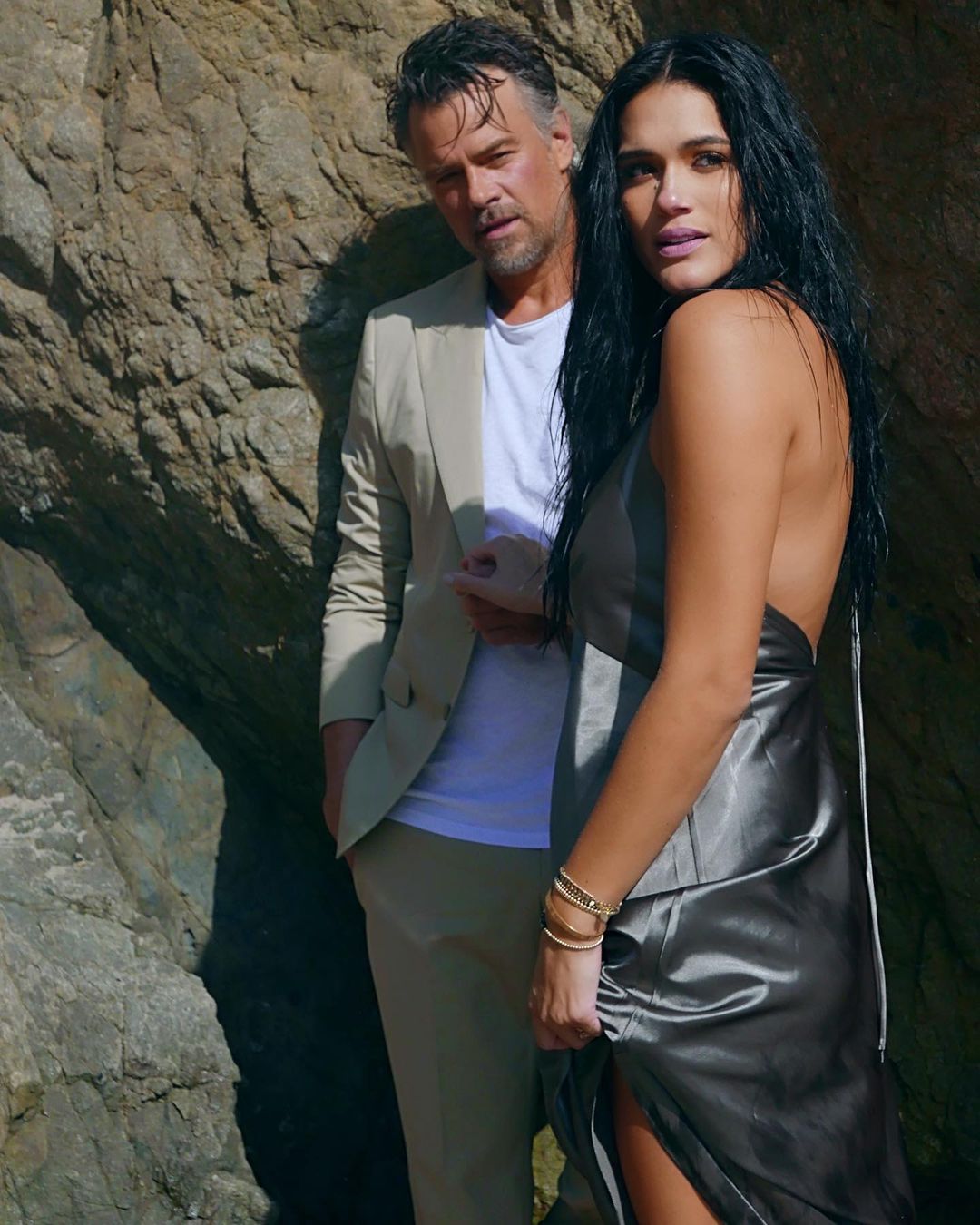 In January, the former Miss World America shared a sweet selfie of herself and her fiancé, Josh Duhamel, on the social networking platform Instagram. She shared a picture of a polaroid from their trip.

“Some Polaroid happiness from the best trip..🤍Thank you ALL for the well wishes and love sent our way.. It truly means the world.. now let’s plan a wedding!✨,” she wrote alongside the picture. January 28, 2022: Josh Duhamel tells how he proposed to Audra Mari

Josh disclosed the details of the pair’s proposal by the end of January. During an interview with Mario Lopez and Kit Hoover for Access, Duhamel told the hosts that he wanted to propose to Audra on a particular sandbar at the beach.

The Safe Haven star said, “Then that morning, it kinda hit me — I was like, ‘You know what? You guys have any empty bottles around here?’ And I went and talked to the concierge. So we planned it all out — I was gonna walk her down there as this thing was floating up.” Josh panicked a bit when the bottle wasn’t on the sand when he and Mari walked to the sandbar. Then, it took one diversion in the form of a game of cornhole for the bottle to wash up onto the sand so Duhamel could ask Mari to marry him.

In an interaction with Entertainment Tonight’s Lauren Zima, The Lost Husband actor was asked about the moment when he knew Audra Mari was the one to which he responded, “Oh, I knew that pretty early on.”

Duhamel couldn’t stop gushing over his fiancée, and further added, “She’s an awesome girl, [and] she’s perfect for me. We’re both from North Dakota and I think there’s a commonality that we have. She’s great.” 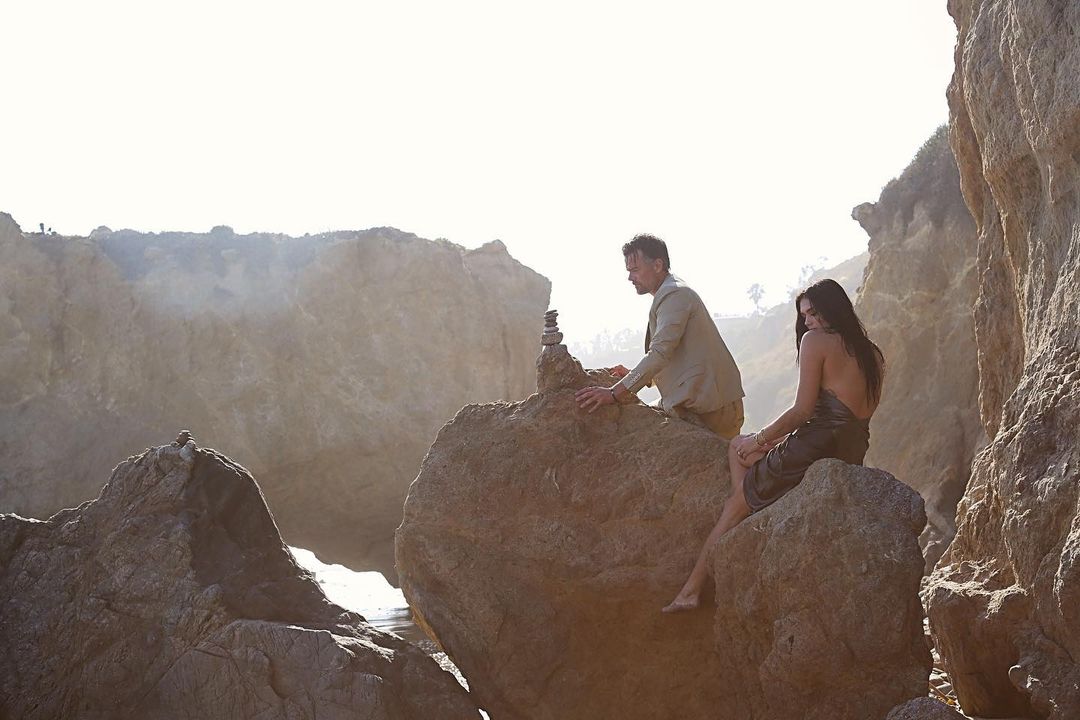 The couple had a springtime date night in May 2022. The two of them were seen at the celebrity hotspot, Nobu. They were spotted holding hands while leaving the restaurant in Malibu.

In an interview with People, Josh stated that he and Audra are prepping for the big day. He went on to say that he has been working meanwhile his fiancée Mari has taken the charge of wedding planning and she is the one who’s really got it. He said, “I’m there to sort of answer questions or if she’s got questions about something.”

Duhamel said that he doesn’t care much about the different aspects of the pair’s wedding but he surely has a couple of requests of his own and he continued, “I just want there to be great music, I want to have people around that we love, and I want to be present.” 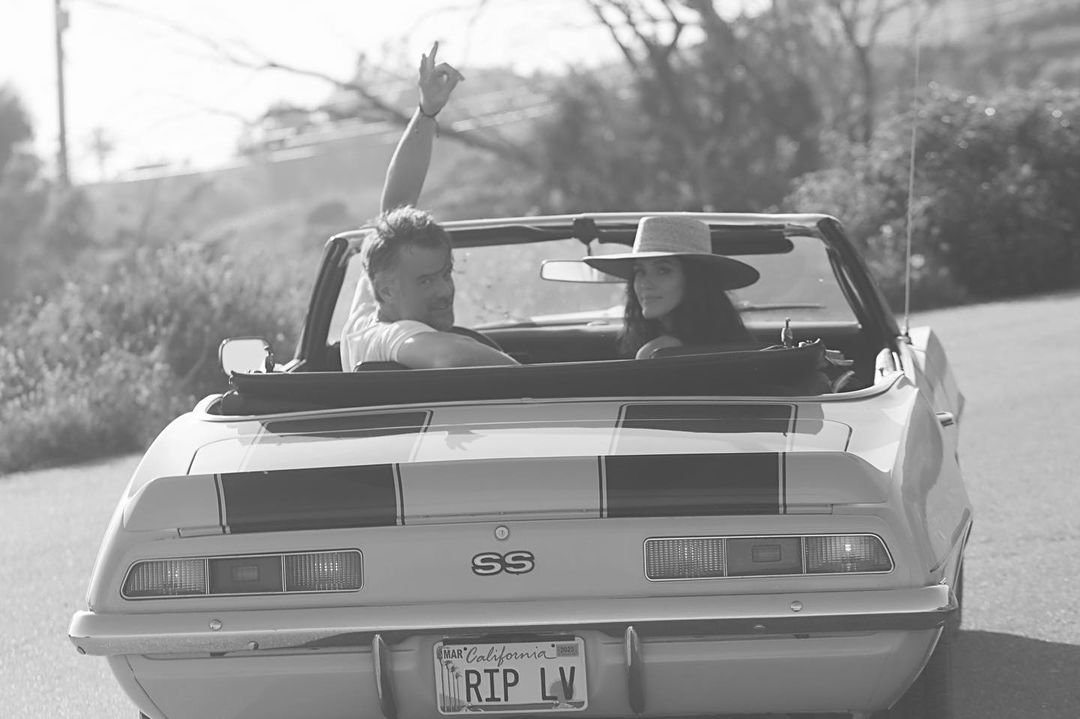 The Shotgun Wedding star further added, “I want to make sure that when the night comes, I don’t want to be overcome by the moment. I just want to be present and have a great time.”

In July, Mari took to her Instagram and wrote, “I can’t wait to marry you..,” alongside a snap of the pair. Every now and then, the beauty queen keeps sharing cute snaps of herself with her fiancé Josh Duhamel on the photo and video-sharing platform Instagram.

We send our heartiest congrats to Josh Duhamel and his fiancée Audra Mari as they are engaged and now getting ready to walk down the aisle. Wishing these two lovebirds nothing but the best of everything. Don’t forget to stay tuned with us for the latest updates from the world of showbiz.