Let’s do something different for Halloween this year. Let’s try the pop culture look instead of dressing up as ghosts, mummies, or mimes. You can wear these costumes to a theme party or any other type of party.

And we’re sure it’ll look great on you with the addition of your making. These show characters played a significant role in the series and in everyone’s imaginations.

If you have a favorite character, you can recreate their costumes from the series for this year’s Halloween. We have a total of 15 ideas for you. Check it out. 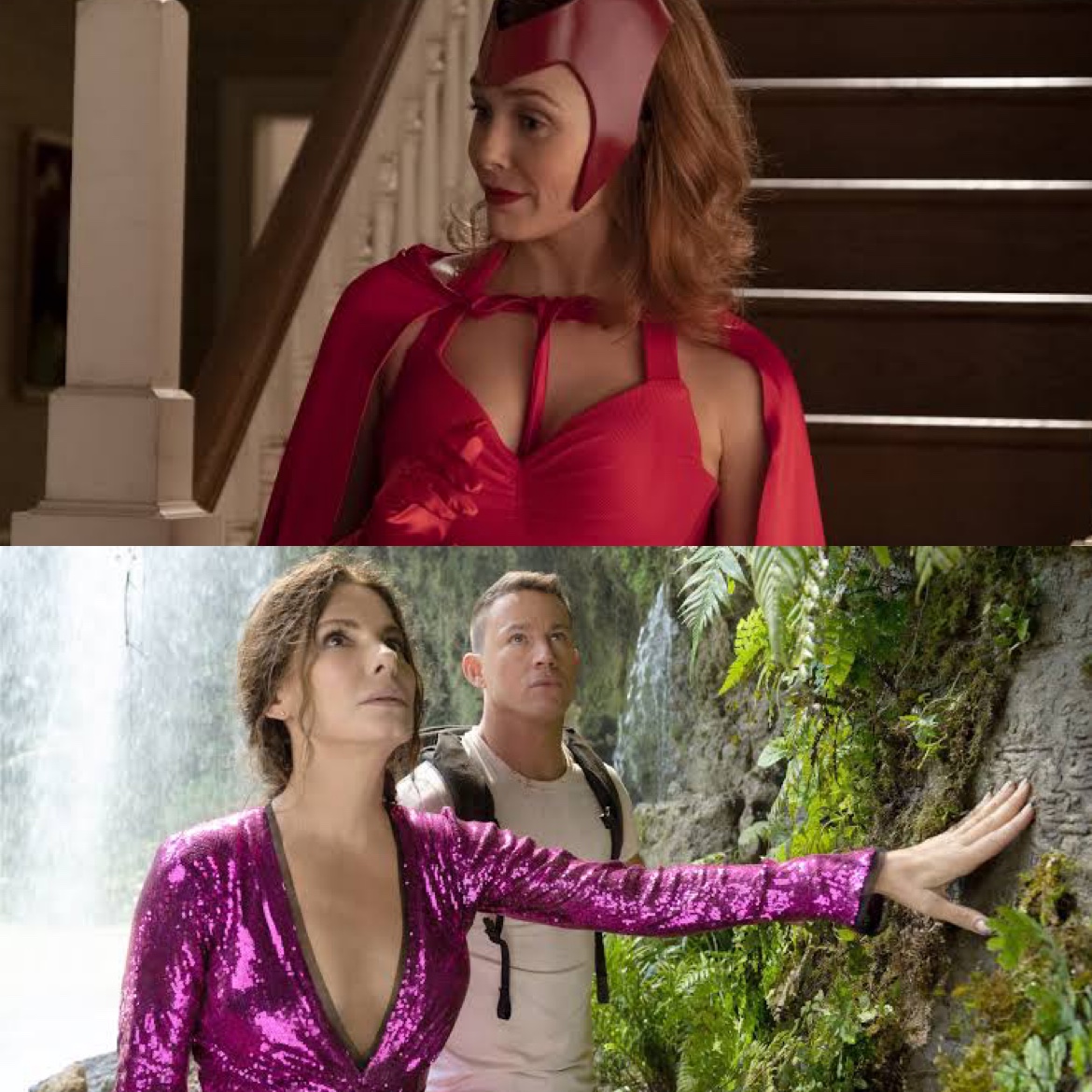 ‘Mabel Mora’ From Only Murders In The Building

If you adore Selena Gomez and her appearance in ‘Only Murders In The Building,’ you should definitely try to recreate one of her looks from the show.

The series is phenomenal, and Selena as Mabel Mora is even more delightful to watch. You can try on the costume shown below. Wear a sweatshirt with red paint on it to look like blood and pair it with an adorable skirt. 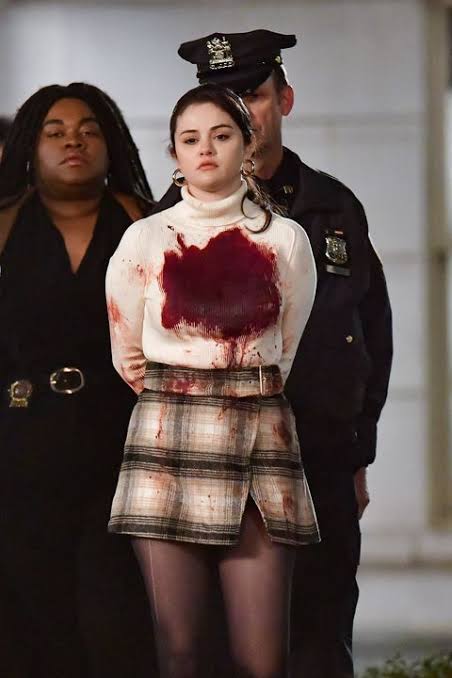 Come on, dressing up as John Dutton for Halloween seems to be astounding. John Dutton has some simple last-minute costumes that you can consider. Even better if you already have a cowboy hat in your closet.

You can wear a brown quilted jacket with layers of t-shirts and shirts inside, jeans or pants, and possibly a rope. You can even wear a denim shirt for recreation. 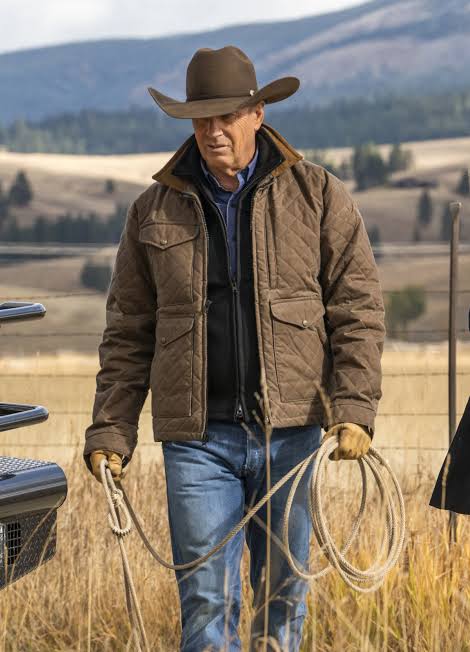 You can even dress up as Wednesday Addams for Halloween. The legendary gothic look and biting personality will make it appear quite real. And this eerie look will be easy to recreate.

If you’re looking for a last-minute Halloween costume, all you need to do is find the ideal Wednesday Addams dress, and shoes, and experiment with braids. The outfit that she wore is a black dress with the iconic white collar. 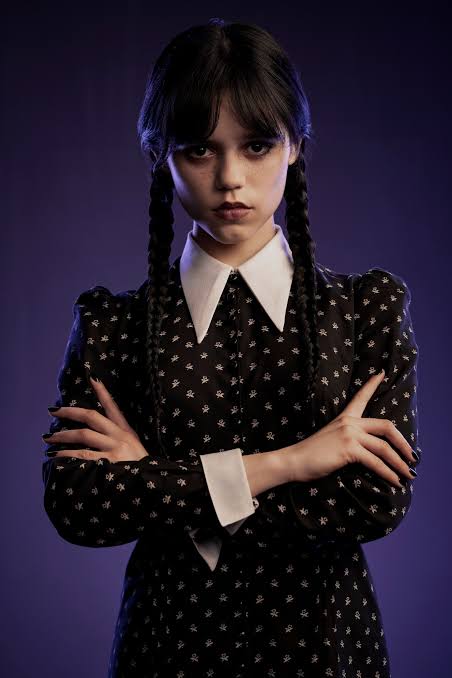 ‘Carmy’ From The Bear

This Halloween, let’s dress up as a young, attractive chef. You can already find a basic white t-shirt and jeans in your closet to recreate Carmy’s costume this year. All you need is a blue chef’s attire and a hairstyle that resembles his.

Carmy heated up the kitchen, and you can heat up the Halloween party. Carmy battles to transform both the shop and himself in The Bear, working alongside a rough-around-the-edges kitchen crew that eventually reveals itself as his chosen family. 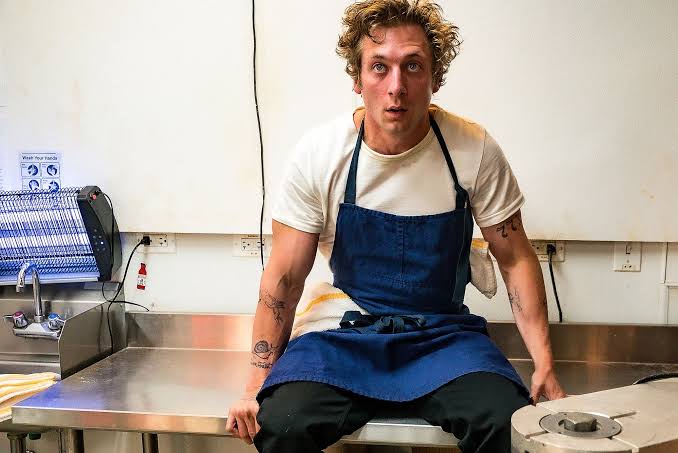 You can try on the costumes of any character from the series Euphoria for this. And they have one of the best outfits for you, hands down. In particular, the bold makeup will complement the look.

And if your friends enjoyed watching the series, we believe it will be a trend this year. The costumes and makeup worn by the characters in the series provide a plethora of Halloween costume ideas. Take your pick. 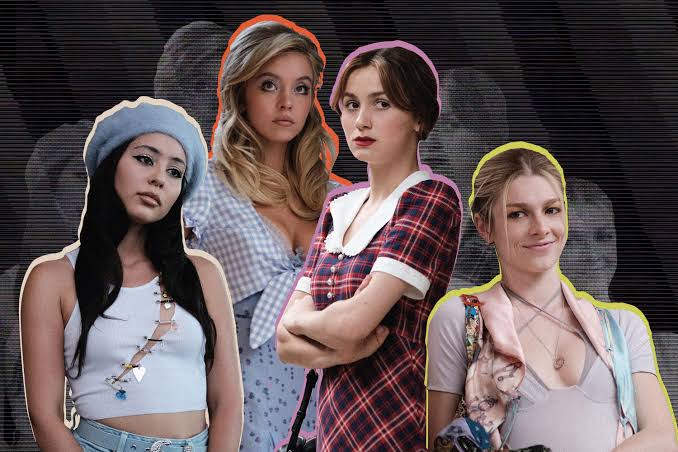 Who didn’t enjoy watching Squid Game? Especially now that we’re getting a new season of this show. However, the costumes in the series are actually quite simple. You plainly need to match the colors.

You can play the role of a contestant by dressing in green and possibly red and wearing a mask on your face. It will look great even if you wear a green hoodie. Remember to include the number of your favorite contestants. Are you going for player 456 or 067? 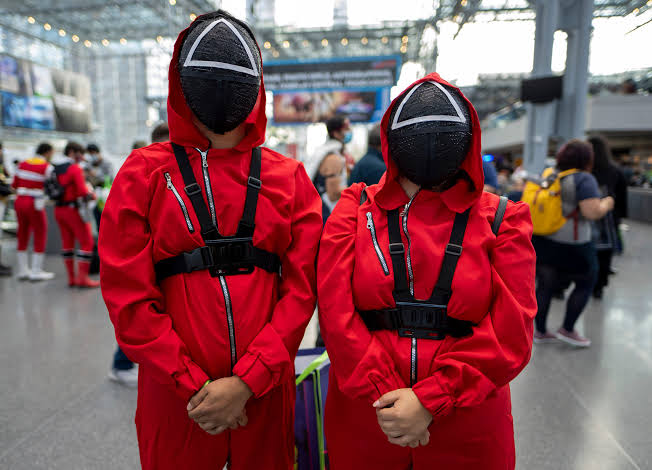 Stranger Things ‘Eleven’ has some wonderful outfits for you. The good news is that it’s actually quite simple to replicate. You may already have it in your closet. You can also get ideas from other characters in the series.

Eddie has recently become a popular figure, with many people wanting to recreate his attire for Halloween costumes. 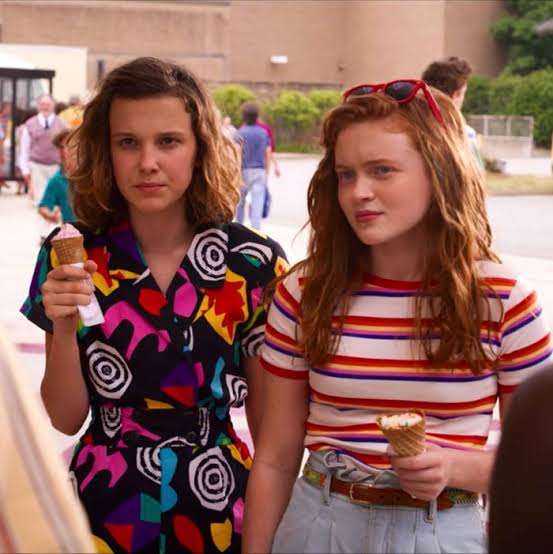 ‘Elizabeth Holmes’ From The Dropout

This is yet another easy outfit from the series dropout. Elizabeth wore simple & messy attire in the show that you probably already have in your closet.
Wear all black and tie your hair in a bun to recreate the following look.

A black oversized blazer, a black turtleneck top, and black pants would be perfect. Don’t forget to apply red lipstick and you’re ready to go. 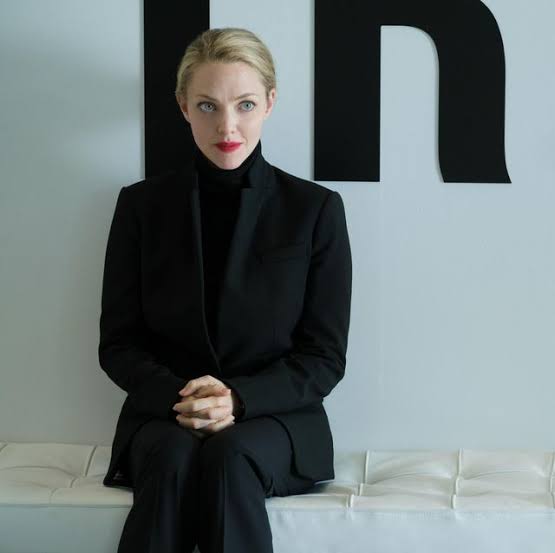 “Maybe she’s wearing a slack that she bought or trousers, maybe she put a heel on. So it’s really like thrown together in this awkward kind of ill-fitting, not quite professional way.”

‘Joe Goldberg’ From You

A spooky personality is required for the spooky season. This year, be Joe Goldberg but don’t follow anyone. You know what we mean.

Joe Goldberg is dressed in a white t-shirt, blue shirt, and dark blue denim shirt. Wear a black or blue cap like Joe did in the series to enhance the look. 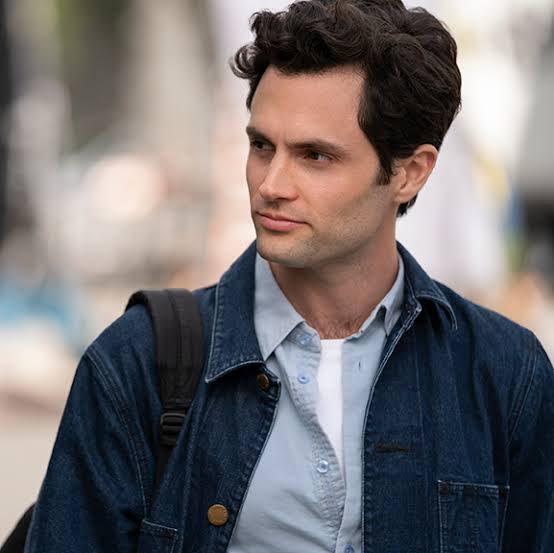 If you’re going to a party with your partner, you can recreate this simple look. If extensive costumes aren’t your thing, let’s try something easier. You can try on this look with a red knitted sweatshirt, a black skirt, and stockings, and you’ll be Sally.

This one is even easier if you have a partner. Harry is dressed in a white knitted sweatshirt, blue jeans, and white sneakers. 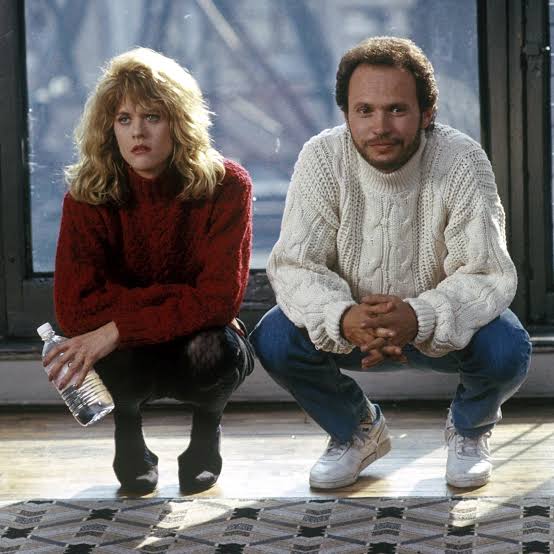 Another show that’s been slaying recently She-Hulk: Attorney at Law. How about dressing up as She-Hulk? Wear a party dress you already have in your closet and all you need to do is paint your face, hands, and neck green.

And in no time, you’ll be ready to save the party. Even better if you’re wearing a sequin dress. You can even dress up as a lawyer and use green paint. 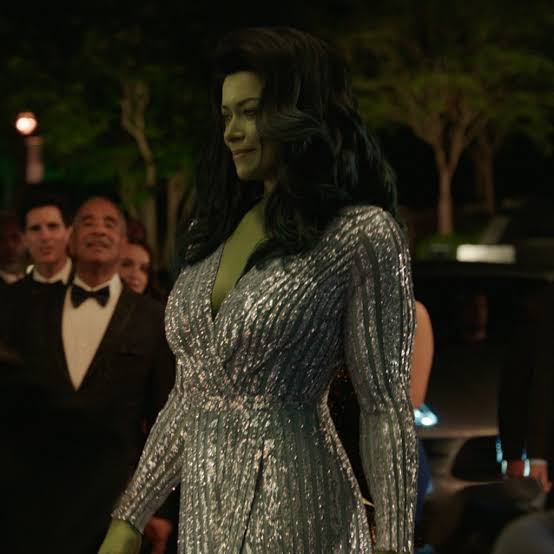 ‘Loretta Sage’ From The Lost City

This is another stunning look to consider. You can channel Loretta Sage from The Lost City by wearing a pink vibrant jumpsuit with black heels. You can even make your hair appear messier to better resemble the character. You’re going to look absolutely stunning in this attire. 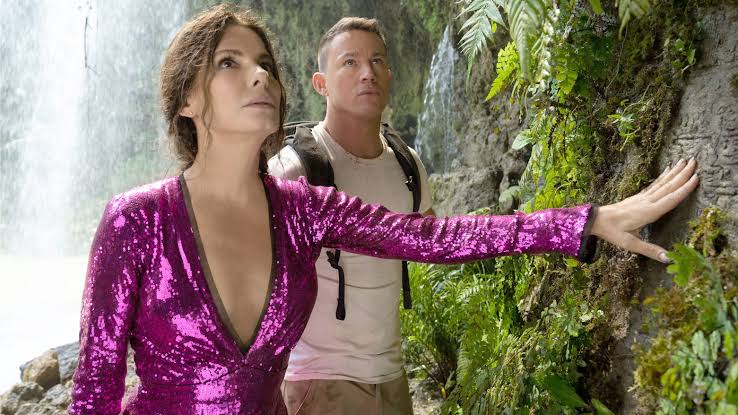 This costume is ideal if you want to dress up for a classy party rather than something spooky. And if binge-watching Bridgerton is your thing, you’d totally rock this look. All you need is a teal outfit like the one worn by Kate Sharma of Bridgerton, along with heels and earrings.

You can even dress up the look with some accessories. If you don’t prefer this look, you can try one of Kate’s or another character’s more glamorous looks. 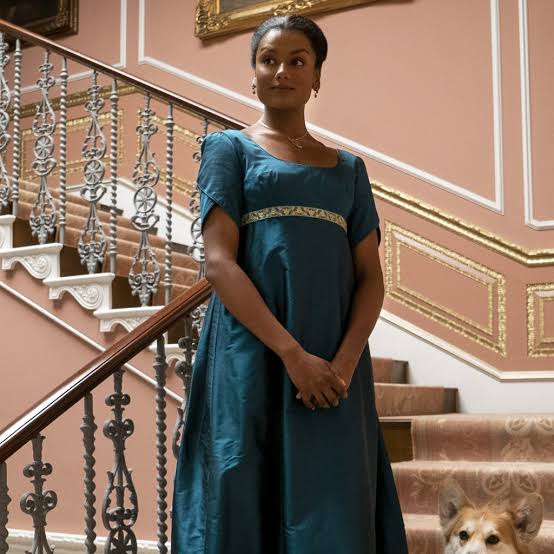 This look is actually quite challenging to create, but it is far too gorgeous to pass up. You’ll need a lot of red things, but if you spend even a little time trying this look, you’ll stand out from the crowd.

You’ll need red attire, including red shoes, a cape, gloves, and Wanda’s classic headpiece. You can even create other looks of Wanda. 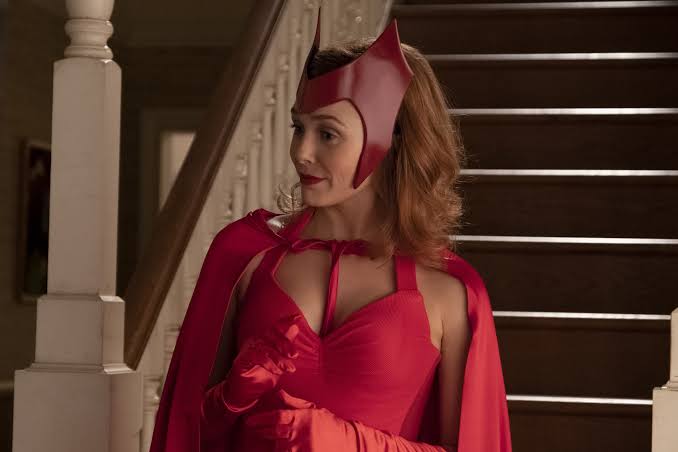 ‘Beth Harmon’ From The Queen’s Gambit

Lastly, we have Beth Harmon from The Queen’s Gambit. You can create this look of Beth from the series. Try all black or try a dark green top with a long black skirt and a little hairstyling. You can even try on a wig to enhance the resemblance. 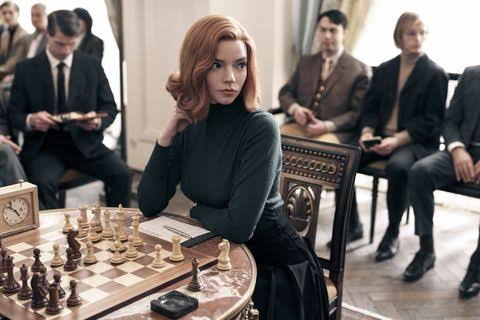 Are you planning to go all out this Halloween? Remember you can always add up your creativity in the above-mentioned looks. And don’t forget to let us know about your costume pick in the comment section below.