Instead of Halloween, it’s Huluween!

Now that Halloween is nearing, people are looking for Halloween movies. With these horror movies that will keep you screaming, Halloween should feel like Halloween, right? These movies are actually quite popular on the streaming platform Hulu.

And spending an evening binge-watching all of them with your friends and family will only make it scarier. If you want to catch up on Halloween movies, Hulu may have a lot to offer. What about a Halloween movie marathon?

A collection of movies to make your evenings more frightening and breathtaking. This will give you a whole vibe of the holiday. 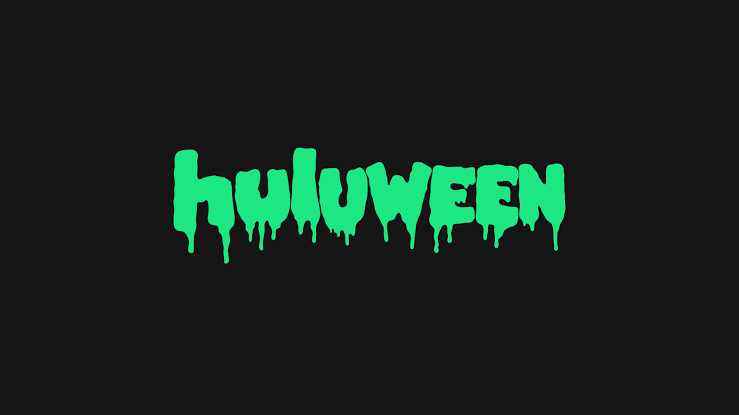 These 15 Halloween Movies On Hulu Is A Go-To Watch

Let’s begin with a bunch of movies. Do you have a lot of options to choose from or maybe watch all of them? If you don’t have anything to do. It’s time to use your Hulu subscription perfectly.

Hellraiser is a new movie that has been released on the streaming platform, and it is an excellent Halloween watch for subscribers.

A young woman must encounter the sadistic, supernatural forces behind a mysterious puzzle box held to account for her brother’s vanishing in this supernatural horror movie.

Hellraiser premiered at Fantastic Fest on September 28, 2022, and was eventually released by Hulu on October 7, 2022. During the week of October 14, 2022, Hellraiser was the eighth most-watched movie across all platforms.

We definitely need a 90s movie to watch this Halloween. In that case, The Rocky Horror Picture Show might be the one to watch. It’s a musical horror movie about Brad and Janet being trapped on a stormy night after their car tire blows out.

When they seek refuge in a near the area castle owned by Frank-N-Furter, an eccentric transvestite, they encounter paranormal events. The movie is based on O’Brien’s 1973 musical stage production The Rocky Horror Show, for which he wrote the music, book, and lyrics. 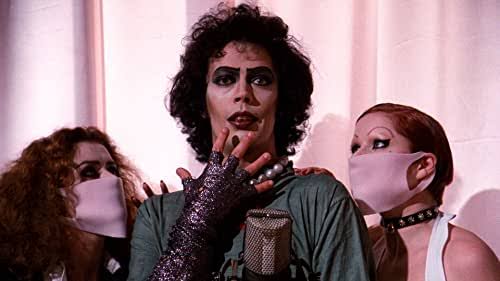 This horror slasher movie is perfect for Halloween night watching. Laurie Strode meets Michael Myers after he manages to escape from captivity after a miraculous escape over four decades ago.

She must face her deepest fears and put a stop to his murderous rampage. The film received mostly favorable reviews from critics, with many applauding it as the finest sequel and a comeback to form for the collection, praising Curtis’ performance, Green’s direction, and the kills in specific. 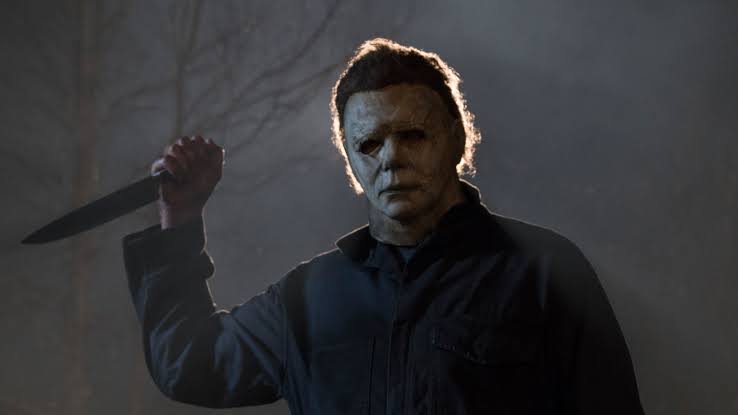 Who will survive the dead of winter?

No Exit is another new movie available on the platform. It’s about a college student who gets trapped with a group of individuals at a hillside rest stop during a blizzard on her way home from visiting her mother.

Things worsen when the young woman uncovers an abducted child in the car of one of the folks inside, putting the group in a frightening life-or-death scenario as they strive to break free while trying to figure out who of them is the kidnapper.

It stars Havana Rose Liu as a recovering drug addict and has received mixed reviews from critics, who classified it a popcorn movie.

Feed the frenzy. A suburban teen girl and her younger brother must prevent a frightening internet sensation brought to life by their parents’ frenzy.

A terrifying internet meme known as “Grimcutty” influences confusion and fear among all of the parents in town, who are convinced that it is starting to cause their children to potentially harming themselves and many others in this advanced creature feature.

Asha must figure out how to notify her parents and finally put an end to the Grimcutty.

Megan, a seventeen-year-old girl, and her group of friends are deceived into playing a prank that unknowingly puts their companion Beth in a coma. Megan and her mates are reunited one year later and must battle for their lives against the Curse of the Carver. 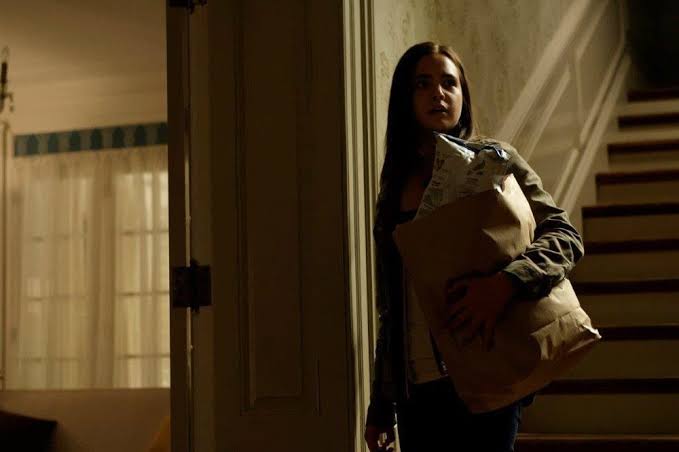 Prey is a story about a skilled Comanche warrior who defends her tribe from a highly developed alien predator that chases individuals for sport, competing against the wildlife, threatening colonizers, and this strange monster to keep her people safe.

It’s more likely a science fiction action movie premised on the Predator franchise. Critics praised the film for its action sequences, Midthunder’s performance, Trachtenberg’s direction, and Indigenous casting, with many declaring it the ideal Predator installment since the first movie.

Terror strikes when a group of college students play a mystical board game with a single simple rule: win or die. We discussed movies before, but this one is worth noting.

Uncanny Annie is the thirteenth and first episode of Hulu’s horror anthology streaming television series Into the Dark’s second season. Paul Davis directed the feature-length episode, which focuses on the Halloween holiday.

When Esme and her ten-year-old son, Luna, relocate to a remote desert town in search of a new beginning, they lure all the amiss types of attention.

Esme must fight to keep her son and a frightening secret is hidden until the next full moon. You already know where this is going.

Do you need a thriller psychological movie this Halloween? This will shock you. You can’t escape a mother’s love. Kiera Allen plays Chloe Sherman, a disabled homeschooled teenager who suspects her mother Diane (Sarah Paulson) is holding a terrible secret about her growing up.

As the movie continues, you will be captivated to discover the truth. The film has received mostly favorable reviews. When it was released, it quickly became Hulu’s most successful original movie. You should definitely watch it now. 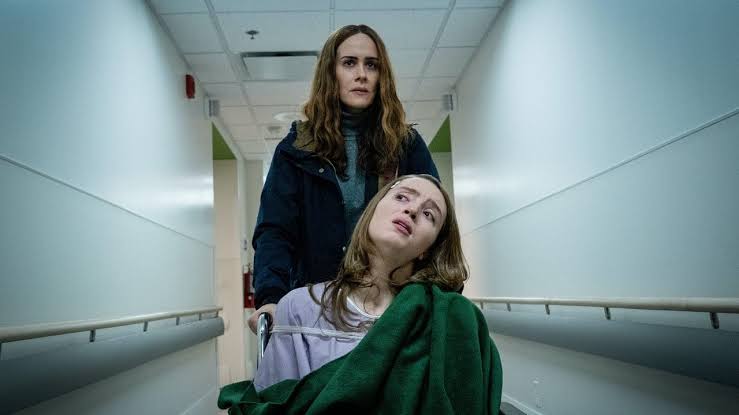 The horrors of modern relationships are viewed through the eyes of a young woman fighting to survive her new boyfriend’s strange hunger pangs in this movie. Critics gave the movie generally positive reviews.

Little Monsters is more of a comedic horror movie. Miss Caroline, the nephew’s teacher, attracts Dave, a washed-up musician healing from a bad breakup. However, his strategies to woo her are thwarted by a zombie outbreak.

It received mostly favorable reviews from critics, with many applauding the cast’s performances. If you don’t want to be scared while watching zombies on Halloween, this could be a good option for you.

You need to watch this horror psychological movie. In the movie, a bartender in New Orleans grabs up a phone left behind at his bar and starts to receive troubling texts, leading him to question his mental stability.

Movie critics gave Wounds mixed reviews. The actors’ efforts in the movie are apparent in their performances.

Then there’s this Swedish horror romance movie. Oskar, a delicate, bullied 12-year-old boy living with his mother in suburban Sweden, strikes up a bond with his new neighbor, the mystical and moody Eli.

Oskar and Eli, who are originally retained with each other, gradually develop a close connection, but it soon becomes clear that she is not a normal young girl.

Eli eventually reveals her dark, haunting secret to Oskar, revealing her link to a thread of bloodshed killings. 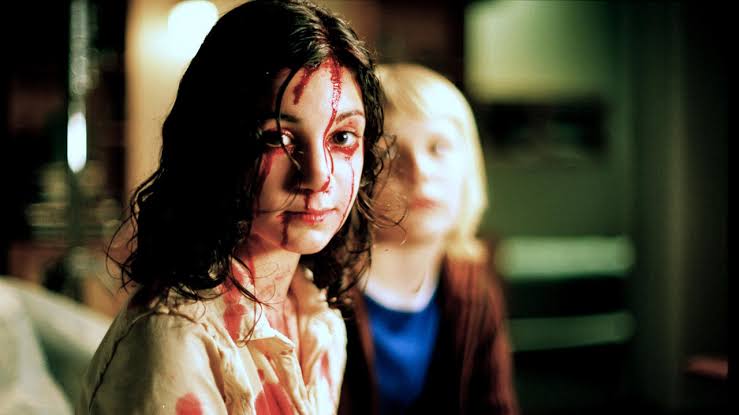 Lastly, in another psychological horror movie about a family looking for shelter from a storm, the family becomes stuck for days with no sign of rescue and undiscovered evils lurking just beyond the walls.

Critics were divided when the movie was released, with some praising the characters, the use of jump scares, and McCormick’s performance. 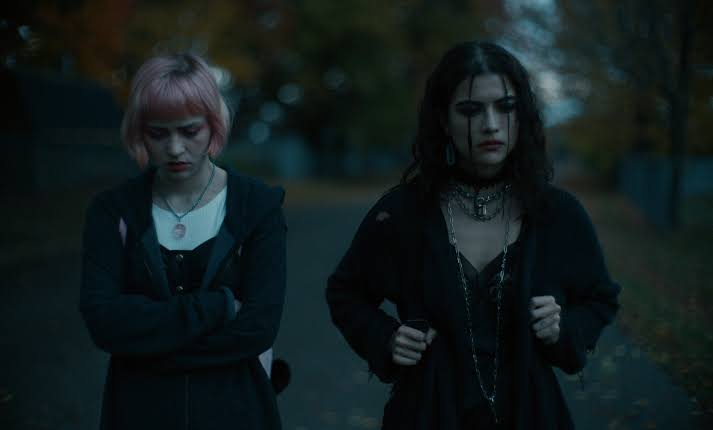 Are you planning to catch up on these Halloween movies on Hulu? You are welcome to drop more suggestions for others in the comments section below.