Like crossing paths with a black cat and breaking a mirror, the notion that this day can bring misfortune is deeply embedded. Especially in the times of pandemic, the sinister date scares us even more. So why is it cursed? Let us try to explore the reasons behind it.

Facts about Friday the 13th 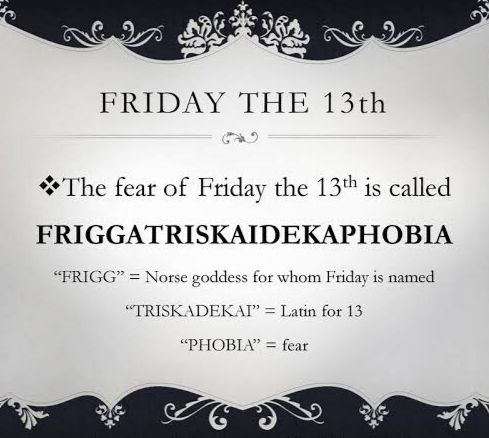 Friday the 13th is considered an unlucky day in Western superstition. It occurs when the 13th day of the month in the Gregorian calendar falls on a Friday, which happens at least once every year but can occur up to three times in the same year. Friday the 13th occurs in any month that begins on a Sunday.

Why is Friday the 13th Unlucky? While it may be difficult to find the roots of the origin of the superstition surrounding Friday the 13th, historical records suggest that the concept is related to the Norse mythology There’s even a name to describe the irrational dread of the date: paraskevidekatriaphobia — a specialized form of triskaidekaphobia, a fear of the number 13.

To understand this superstition, one must read the book “Extraordinary Origins of Everyday Things” written by Charles Panati. According to Panati, the cursed day dates back to Norse mythology, when Loki, the god of mischief, gate-crashed a banquet in Valhalla, bringing the number of gods in attendance to 13.

Deceived by Loki, the blind god Hodr was tricked into shooting his brother Balder, the god of light, joy and goodness, with a mistletoe-tipped arrow, killing him instantly. In the aforementioned book, Charles also wrote about how superstition spread from Scandinavia throughout Europe.

The story of the Last Supper 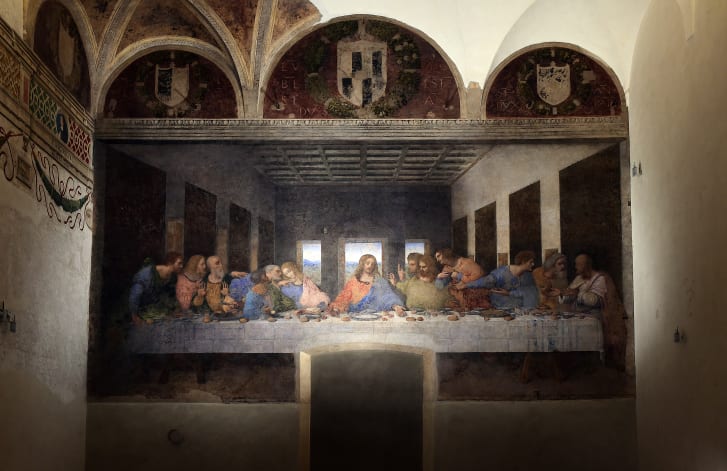 In “Extraordinary Origins of Everyday Things”, Panati wrote that the misfortunate Friday the 13th became established along the Mediterranean by the start of the Christian era. It was here that the unsettling power of the numerals was cemented through the story of the Last Supper.

According to records, the Last Supper was attended by Jesus Christ and his disciples on Maundy Thursday. So what is the relevance of Friday the 13th here? Well, the 13th and most infamous guest who arrived was Judas Iscariot. He was the disciple who betrayed Jesus Christ that led to his crucifixion on Good Friday.

In the Biblical tradition, this concept stretches even further than Jesus Christ’s crucifixion. It is the day that Adam and Eve ate the forbidden fruit from the Tree of Knowledge. It also mentions the following misfortunate events:

Friday the 13th is Synonymous with Misfortune 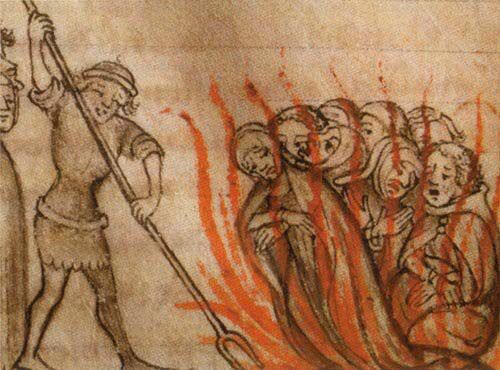 It was in the 19th century that people started associating the date with misfortune. Yes, Friday the 13th became synonymous with the world. In “The Penguin Guide to the Superstition of Britain and Ireland” author Steve Roud mentioned that the combination of Friday and the number 13 is a Victorian Invention. 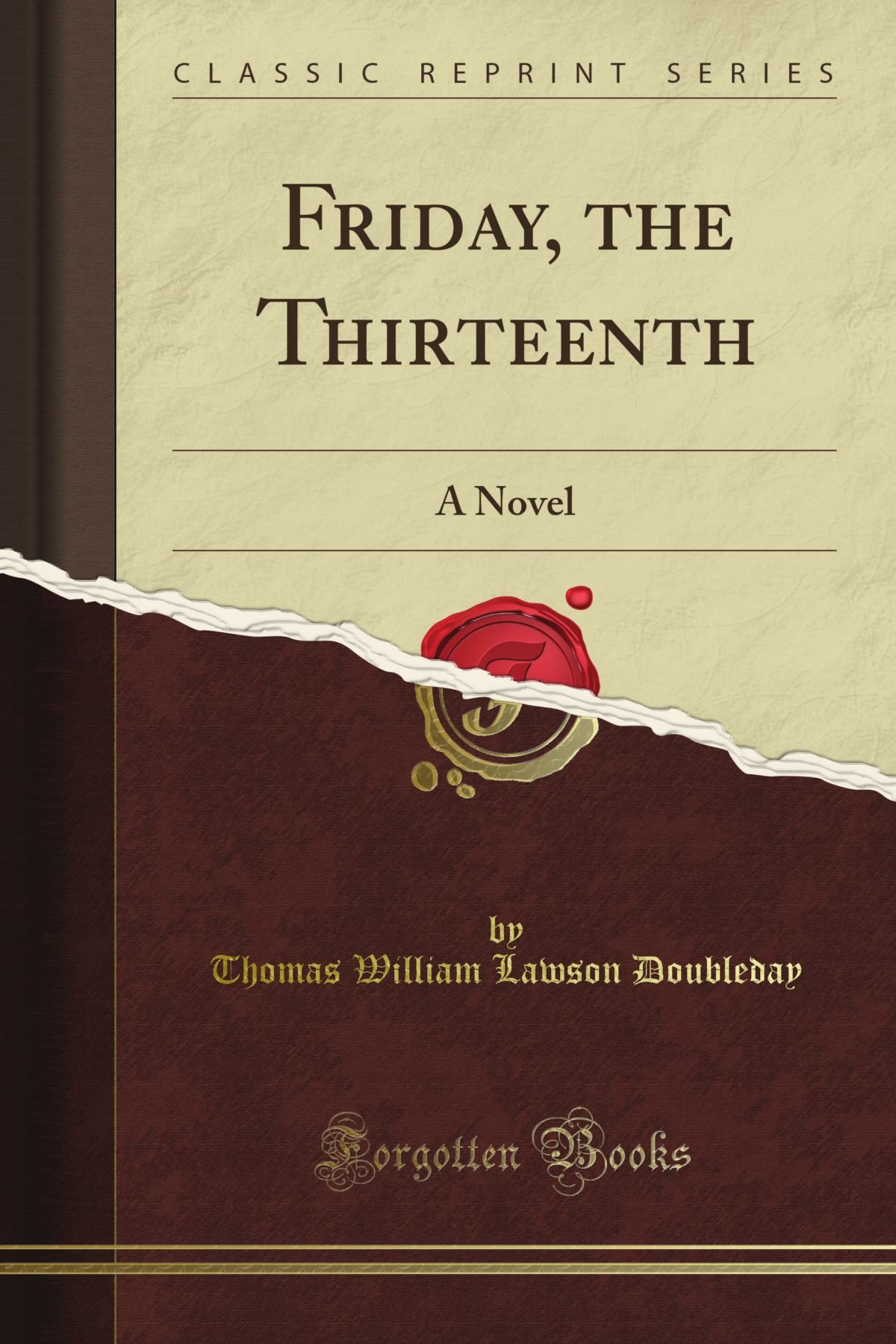 In 1907, the popular novel “Friday, the Thirteenth” by Thomas W. Lawson captured the imagination with its tale of an unscrupulous broker who took advantage of the superstitions around the date to deliberately crash the stock market.

The Superstition Never Left us… 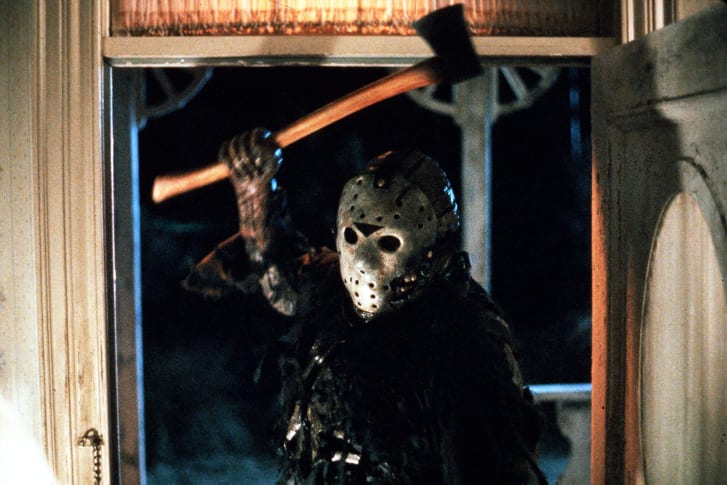 If you fast forward to the 1980s, a hockey-masked killer by the name of Jason Voorhees in the slasher flick franchise “Friday the 13th” ensured notoriety. Then came Dan Brown’s 2003 novel “The Da Vinci Code,” which helped popularize the incorrect claim that the superstition originated with the arrests of hundreds of members of the Knights Templar on Friday, October 13, 1307. 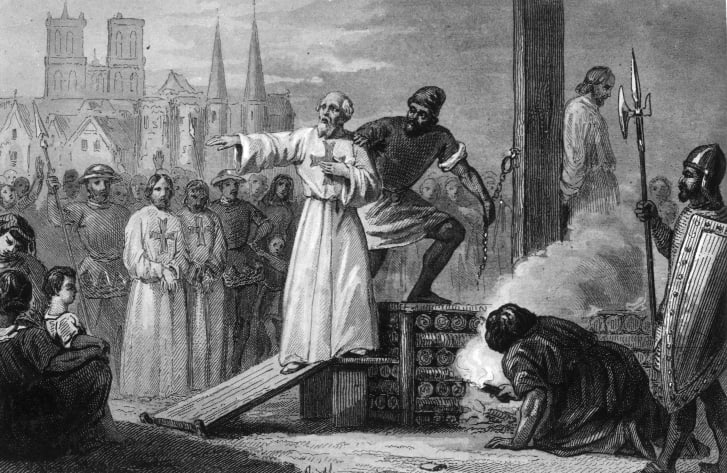 An early documented reference in English occurs in H. S. Edwards’ biography of Gioachino Rossini, who died on a Friday 13th, stated: “Rossini was surrounded to the last by admiring friends; and if it is true that, like so many Italians, he regarded Fridays as an unlucky day and thirteen as an unlucky number, it is remarkable that on Friday 13th of November he passed away.”

What do the Studies Say?

A study by Scanlon, Luben, Scanlon, & Singleton (1993) attracted attention from popular science literature, as it concluded that “the risk of hospital admission as a result of a transport accident may be increased by as much as 52 per cent on the 13th”.

However, the authors clearly state that “the numbers of admissions from accidents are too small to allow meaningful analysis. Subsequent studies have disproved any correlation between Friday the 13th and the rate of accidents.

On 12 June 2008, the Dutch Centre for Insurance Statistics stated the contrary, that “fewer accidents and reports of fire and theft occur when the 13th of the month falls on a Friday than on other Fridays because people are preventatively more careful or just stay home.

It added, Statistically speaking, driving is slightly safer on Friday the 13th, at least in the Netherlands; in the last two years, Dutch insurers received reports of an average of 7,800 traffic accidents each Friday; but the average figure when the 13th fell on a Friday was just 7,500.” Now, this may have happened only because people still believe in this superstition. In 2010 CNBC reported that the Stress Management Center and Phobia Institute estimated between $700 to $800 million are lost every Friday the 13th in a normal year because people are afraid to shop, travel, and conduct business. Some of the incidents that occurred on the said date were: 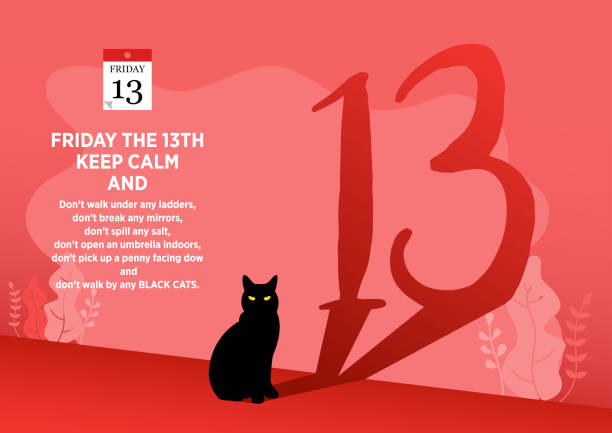 We may not be sure about where the roots go, but even those who don’t believe in superstitions, take this date very seriously. However, alternate theories suggest that Friday the 13th is the harbinger of good fortune.  In pagan times, for instance, Friday was believed to have a unique association with the divine feminine.

You may not know this but similar dates are prevalent in many cultures like Tuesday the 13th in Hispanic and Greek cultures and Friday the 13th in Italy. They consider the day extremely unlucky.

Please note that this article is not an attempt to encourage superstitious thoughts or activities. The aim is to understand the relevance of the day and the reason why it is considered as unlucky. Feel free to share your memories related to this day. Do you believe in the misfortunes of Friday the 13th? Be careful today!