Rome Catacombs: Everything You Need to Know Before Visiting

Do you know about Rome Catacombs?

A Rome Catacombs tour is the perfect way to explore the darker side of this beautiful eternal city. They may appear a little spooky. But if you dig deep into their history, the whole episode is intriguing. 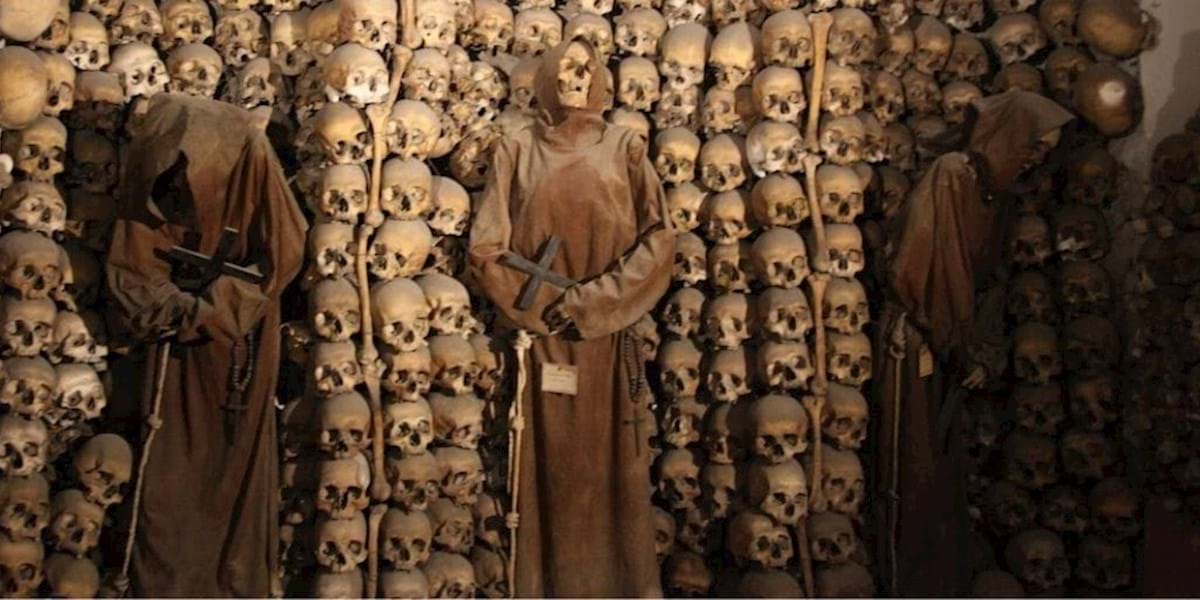 The Catacombs of Rome are the places where the early Christians buried their dead and worshipped among them. Here is everything you need to know about Rome Catacombs and why visiting it should be a part of your itinerary.

The History of the Catacombs of Rome

Rome Catacombs are underground galleries used as cemeteries for centuries. They began to take place as early as the 2nd century and were not finished until the 6th century. The cemeteries served as a burial place for the pagan citizens, Christians, and Jews of Rome.

It is believed that the Christians did not comply with the heathen tradition of incinerating the bodies. To solve lack of space and the high cost of land, these cemeteries were created under the ground.

What are the Catacombs Made of?

The Catacombs of Rome are made of an infinity of underground tunnels forming the authentic labyrinths of kilometers in tandem with the excavation of several rows of rectangular niches. The corpses were wrapped in a sheet and placed in these niches. Later, these were closed using tombstones of marble where the name of the deceased was engraved with a Christian symbol.

How Many Catacombs are there In Rome?

There are more than sixty Catacombs in Rome, made up of hundreds of kilometers of underground passageways. All of them hold thousands of tombs. At present, only five of them have been made open to the public. 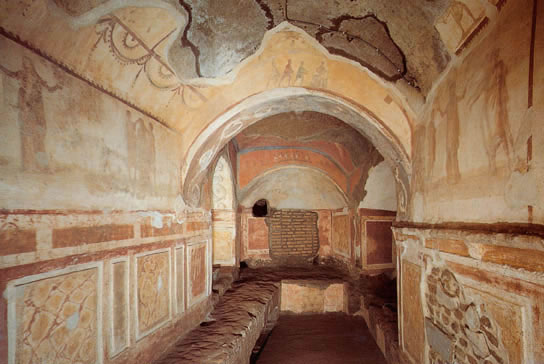 They owe their name to a soldier, San Sebastiano. According to history, he became a martyr for converting to Christianity. They are made open together with other catacombs and stretch up to 12 kilometers.

They have an extensive network of passageways over 20 kilometers in length. They served as a burial place for 16 pontiffs and Christian martyrs.

Catacombs of Priscilla entertain great importance regarding art history, similar to the first representation of the Virgin Mary.

They were discovered in 1593 and are one of the longest catacombs, stretching 15 kilometers in length. They owe their name to the granddaughter of Vespasian and are worth visiting during your tour to this place.

Sant’Agnese became a martyr because of her Christian faith and was buried in the catacombs, hence the name.

Why Are Catacombs of Rome Worth Visiting?

Rome Catacombs are an incredible way of exploring the hidden side of Rome. If you are a connoisseur of art, you will realize that they are steeped in beauty. Rome is home to stunning churches and beautiful artwork. But beyond all these fancies, the city has a hidden dark side. This dark side reveals the history of illegal religion and its underground worship. They are burials outside the city walls and serve as a hidden art for all art lovers.

By visiting this place, you can learn a lot about those parts of Rome’s history that are otherwise never known to you. The Catacombs were the burial place for the Popes, and early Christians took benches and tables down to the tunnels as the religion outgrew home worship. 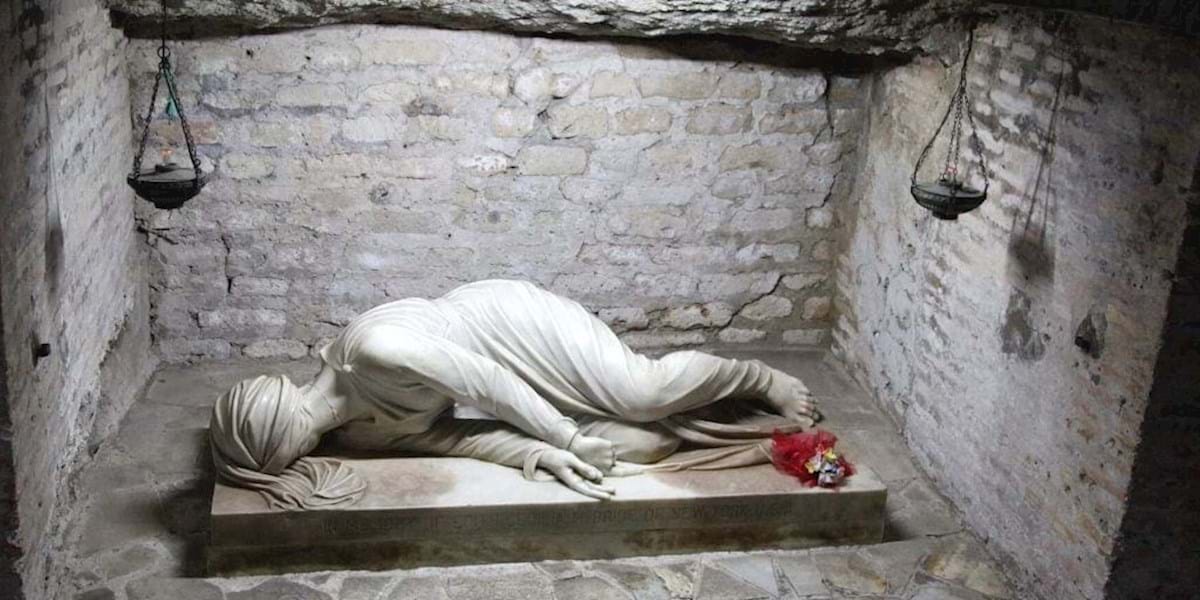 They are the oldest places in the world. If you are interested in the history of this city, the tunnels themselves were transformed into catacombs by the ancient Romans. According to legends, they were carved out by the Etruscan people for mining sandstone and limestone.

How Can I Get to the Catacombs?

There are several options at your service if you want to visit the Catacombs of Rome.

You can take a guided tour of this place. It is one of the easiest ways to visit and learn about this Catacombs. Every week, these tours are carried out for the locals and the tourists. By reserving them, you can learn a lot about the Catacombs. Some of them also include tickets, transport, and an official guide. 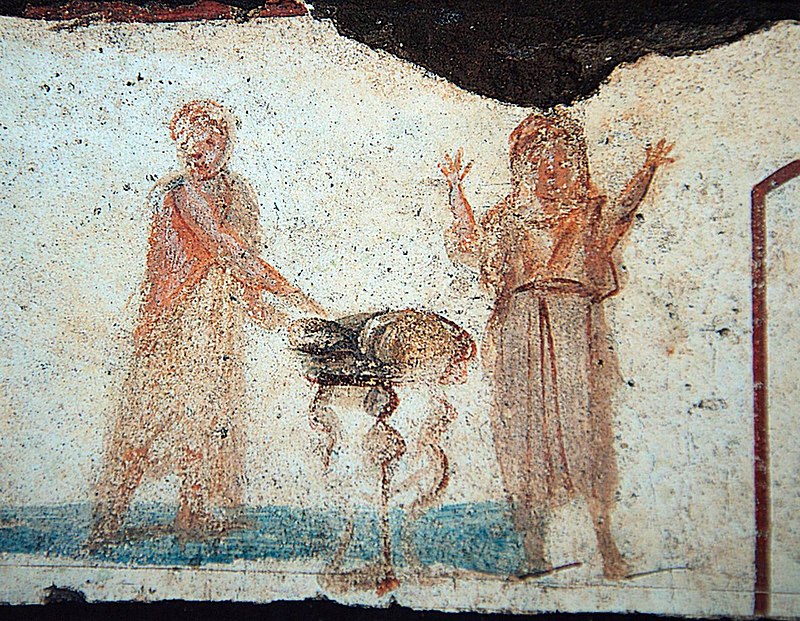 Another way to visit the Catacombs of Rome is by public bus. It is, in fact, the cheapest way to get here. You can use plenty of your time to head to this place. Provided, be well-versed of the buses that take you here, or you may miss the opportunity of visiting them.

If you neither want a tour nor a public bus, taking a taxi to the Catacombs is the easiest way to reach this place. But beware, it is also an expensive way to get here, and you may have to find a taxi for the return journey.

Some Tips While Visiting the Catacombs of Rome

The Catacombs of Rome are not just characterized by their history or spooky stories. They are an underground art gallery full of frescoes and beautifully framed paintings. The place is home to the most valuable Christian artworks worldwide after the Vatican. A visit here will be a one-of-a-kind experience.

For more on culture, history, and other things worldwide, stay in touch.