With the spring season upon us, we know that Easter is forthcoming, which is symbolized by the art of decorating eggs. But in Ukraine, Easter Egg decoration is a celebrated art form and has an enriching history behind it. 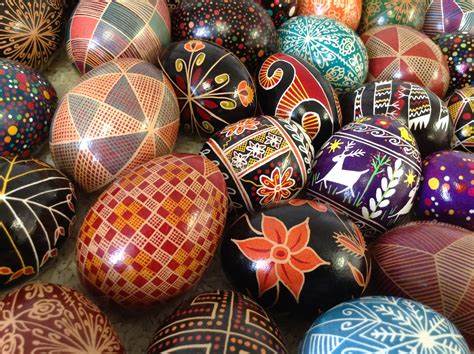 Amidst the ongoing war in Ukraine and with Easter near, there has been a renewed interest in Ukraine’s highly celebrated Easter day traditions so let’s explore it !! The tradition is popularly known as Pysanky, where Ukrainian Easter eggs are painted through the use of wax-resist or what is called the batik method.

The decoration of the Ukrainian Easter Eggs is an art in itself and requires the attention to detail and focus as any other art form. The dedicated art of pysanka gives us stunning results which are traditionally used as a token of love and gifted to families and community leaders in Ukraine.

Pysanka is not only a celebrated art form but also an integral part of the culture and it is believed that such art was also appreciated in prehistoric Ukraine.

Here is a video on how the art is created:

The Ukrainian tradition of pysanky, the art of decorating hollowed-out eggs with folk designs dates back to pagan times pic.twitter.com/bmpye4Alni

The art form of Pysanka dates back centuries and as evidence of this pre-Christian times tradition, the archaeologists even found the decorated ceramic eggs. There is no clue as to when the tradition took off and there exist different stories of its origins and few of them even date back to before it was even associated with the Easter holiday.

One of the origin stories revolves around the belief that the ritual is meant to be symbolic of the return of sunshine following a long winter, where the egg is symbolic of the event unfurling as the yellow yolk of the egg represents the sun amidst the white snowy winter, the egg white. The story is narrated by Sofika Zielyk who is a New York-based ethnographer and pysanka artist. 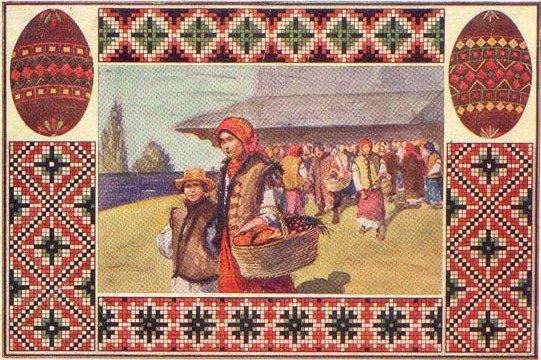 The other legend narrates the story of a monster who is personified as the evil, situated in the Carpathian mountains, as per this story the Pysanky was used as a weapon against this monster and the more the pysanka people made the tighter the grasp they can have around the monster and prevent him from destroying the world.

Link Between the Past and the Present

The monster origin story has inspired the show as per Zielyk who catalogued the exhibition of pysanky at the Ukrainian Institute of America, represented how Vladimir Putin, the Russian President is the monster in the present and the overabundance of accumulated pysanky is a symbol of reining him in the grasp. Gives us a unique way to look at the tradition and its present significance. 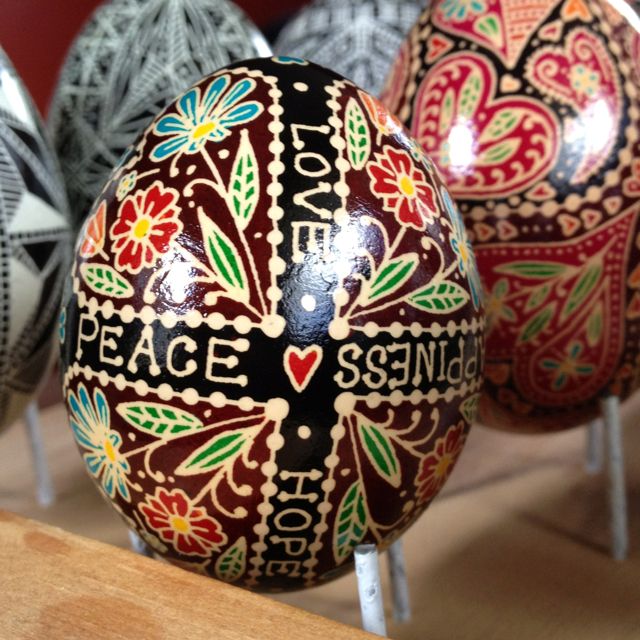 So, the folk story of it being used to ward off evil from ruling the world has been blended with the beliefs of Christians which represents the resurrection of Christ.

“Traditional designs on the eggs are also imbued with meaning. Per Christian tradition, triangles on eggs represent the Holy Trinity.”

How to Create this Art?

The word pysanka drives its roots from the Ukrainian word which means “to write” and tells us what this art expects from us. Once the designs are drawn on the egg through pencils, the egg is made hollow by drilling a tiny hole in the bottom and the top letting all the innards flow out.

My family in Ukraine is keeping up with the tradition of decorating Easter eggs (pysanky). Here is a photo of my cousin Olexandra at work plus a few shots with her beautiful designs. #Ukraine #pysanky #StandWithUkriane pic.twitter.com/yID3WTbiL9

the next step in the process involves the application of wax across the lines with the help of a stylus like an instrument called a kistka and followed by dipping the egg in dye. To achieve the desired design the egg is continuously dipped in varying colours while the wax is added.

On drying the beeswax is melted which reveals the beautiful patterns such as that of wheat, fire, tree of life and animals. The next step is to preserve them through varnishing.

The Artists and What is Pysanky As per Them?

“Practice makes perfect,” Baldulak 84-year-old artist said. The artist who is making this since the 70s claims to complete 1 egg in three days.

“I have used all kinds [of eggs], from the smallest finch to the largest which was an ostrich,” She added, “the colours have meanings and also the symbols. Yellow is spirituality, white for purity, birds for peace.”

“The workshops I’ve been doing in my local area have garnered so much interest,” Bachinger said. “People have seen this type of work before, but have never really looked into how it’s done in the history and culture behind it. So there’s been a very big increased interest in how this work is done and how it relates to Ukraine and Ukrainians.” The founder of Pysanky for peace, Sarah Bachinger stated.

Tradition and War: Pysanka Eggs, More Important than Ever

As Ukraine continues to bear the brunt of the war and Russia’s Invasion into the Easter Season which is being celebrated on the 24th of April by the Ukrainians, the tradition did not lose its meaning and pysanky has now become a symbol of peace.

The Artists are now using pysanky to organize fundraisers to sell the eggs in an attempt to raise money for the “humanitarian efforts in Ukraine.”

I’ve selected a few of my favorite pysanky from recent years to gift to anyone who donates to the page. Let me know if you have a favorite! pic.twitter.com/YM7NQhEA8x

In recent times of distress and chaos, the decorating of pysanky has been one of the ways through which people are reassured that the Ukrainian Culture Exists even at a time when the war has threatened to destroy the culture and heritage sites of Ukraine. As one of the artists points out that “The fragile egg is still here, and we’re still here.”

“At a time when Ukrainians are fighting for their very existence – their lives and land, their culture and identity – it is even more important than ever that we express our Ukrainian cultural specificity through our traditional practices.” One of the Ukrainian residents expressed.

Pysanka and The Festivities Around the World

The 46th annual Pysanka Festival is almost here!–July 5, 6, 7! And we would like to acknowledge some of the sponsors who help make our annual Festival happen.❤️

The Vegreville Cultural Association is very grateful for our Bronze Sponsors and supporters! Thank you, thank you! pic.twitter.com/NxwPJarQoC

Pysanka does not limit itself to Ukraine itself but is celebrated worldwide as evident from the festivities being arranged in Canada and worldwide.

Sahaj
I am Sahaj Manocha and have a degree in Economics. Writing is where I find myself when not studying !! It's my happy place where I can pen down all my thoughts whether Economical or not !!
RELATED ARTICLES
Culture