Kensington Palace is one of the most beautiful and iconic properties of London. It nestles on the western side of Hyde Park and is managed by the Historic Royal Palaces charity. The majestic building attracts more than 400,000 visitors a year, making it the third most popular spot in London.

The beautiful gardens of the Kensington Palace blend flawlessly into Hyde Park, thus creating one of the largest green spaces in the city. This venue is ideal for a visit in the summer season. On the outside, it doesn’t look so opulent. The construction doesn’t include stone or marble, nor does it have a showy architecture like the Queen’s Residence, Buckingham Palace. Kensington Palace is also not ancient and romantic as Windsor Castle. Its architecture and construction are more of a workhorse.

The building is constructed in red bricks, flanked by three courtyards with multiple gardens having several detached cottages and other buildings. The public rooms and gardens this palace boasts are open to all for exhibitions, weddings, and other events. So, what is it about the Kensington Palace that makes it so popular among the tourists? Well, it is the residents of this castle, William and Kate, and their three children.

If you are touring London anytime sooner, we recommend adding a visit to this majestic mansion to your itinerary. But before you visit, here are some interesting facts to read about this property.

Kensington Palace has a long and colorful history. This property expanded in the late 1600s. Interestingly, this palace was built because the king’s health condition, asthma, was getting worse at his main residence. Thus, it became a new home for his highness to feel better.

The building may look like a glamorous and enormous apartment for William and Kate, but historically, the castle was perceived as a joke by many. The Kensington Palace has traditionally been the place where the king’s unmarried, leeching, and broke relatives lived until rent-free. For all these reasons, it was nicknamed ‘Aunt Heap’.

Apartment 1A is the London abode of the Cambridges. The apartment has 20 rooms spread over four floors. The furniture and interiors are breath-taking. The building is furnished with art and embraces a royal collection of artifacts. The whole detailing of the interiors will put you in awe.

If things did not turn bitter between Prince Harry and the Royal Family, the Kensington Palace would have served as the residence of Prince Harry and Meghan Markle. In fact, the couple spent a few months enjoying their secret courtship in the palace. After a while, things got serious. Meghan quit her acting career, left her home in Toronto, and moved to Nottingham Cottage. Harry accompanied her, and the couple decided to live in a cozy house tucked away among the grandeur and swankiness of the mansion.

To dig deeper into the palace’s history, Kensington Palace is where Princess Victoria was crowned as the Queen. The whole incident occurred in June 1837, less than a month after her 18th birthday. The princess was informed that her uncle, King William IV, had died and she would be crowned as the queen.

Queen Victoria lived her whole life in the palace. Many expected her to rule from there or relocate to St. James’s Palace. On the contrary, she set up shop in Buckingham Palace. It has been the official home of Britain’s sovereign since then.

It’s been 250 years since a reigning monarch has lived in this beautiful palace. The last ruling king to make this venue his primary residence was King George II. The king died in 1760.

A lot many stories revolve around the palace being haunted. Unsurprisingly, these rumors are largely unsubstantiated. Many tales claim that the Kensington Palace may be haunted. It is said that the ghost of King George II looms over the King’s Gallery on the premises uttering his alleged last words, “Why won’t they come?”

Some rumors also claim that Princess Margaret’s housekeeper once saw an unknown woman in Regency dress in the doorway of the drawing-room. The ghosts of other people, Caroline of Ansbach, Caroline of Brunswick, and Princess Sophia, have been seen hanging around the property. If this didn’t spook you much, the nursery in William and Kate’s wing is reportedly the center of many paranormal activities occurring within the property.

Not many people may be aware, but the palace was damaged during a World War II bombing. It happened between 1940 and 1941. The air force of Germany, Luftwaffe, targeted London with a catastrophic series of bombings. The bombing damaged the palace, its northern side, and the queen’s room, to be particular.

After their marriage in 1981, Princess Diana and Prince Charles moved into Apartment 8 and Kensington Palace. They eventually raised both their sons there. Following the princess’ fatal accident in 1997, the mourners covered the whole ground with millions of flowers. It was estimated that around 60 million flowers, photos, stuffed animals, and notes were used by them. Some bouquets that the mourners left were used to compost the surrounding gardens; others were donated to the nursing homes and hospitals.

When it comes to women, living in this palace has brought a lot of bad luck for them. It has had a troubled history with the residents and visitors who kept coming here. In 1694, Queen Mary II contracted smallpox living in the palace. Interestingly, she was the visionary behind the construction of this property. To prevent spreading the disease, she isolated herself, allowing only those who had survived the pox to attend her. Her self-sacrifice saved the king and other residents of the palace.

Mary II’s sister, Queen Anne, fell pregnant 17 times with her husband while living in the palace. Unfortunately, she died without surviving any royal children. The series of the event put her into multiple depressive episodes.

Another queen, Queen Caroline, died after her eighth pregnancy in the palace. Her pregnancy led her to many health complications, after which she succumbed to an umbilical hernia. She died eight years after suffering from the problem.

In December 1816, Harriet Westbrook, the pregnant wife of the poet Percy Bysshe Shelley, was found drowned in the Serpentine, adding to another unfortunate event happening with the females of the palace. Shelley married his long-term lover, Mary Wollstonecraft Godwin two weeks after his wife’s death. Mary is the author of a popular classic, Frankenstein.

The most recent event took place in 2010 when a woman was found frozen to death in the Gardens under mysterious circumstances. The death was accidental. According to the evidence, she fell into one of the ponds in the garden. She tried dragging herself out and then froze to death by the pond.

Yes, you heard that right. You can rent out the Kensington Palace and live like a royal for a day. The property hosts many events such as concerts, auctions, charity events, and weddings. If you are looking for a perfect wedding venue without worrying about breaking your bank, Kensington Palace is the best venue to host your D-Day. In 2015, the socialite and fashion designer Nicky Hilton married James Rothschild in the Gardens of the Palace.

In the recent series of events to take place in the palace, the Police were called to the Round Pond because someone spotted a woman inside. The woman turned out to be unresponsive. She was declared dead and remained unidentified. The pond rests in front of the apartment of Kate and William. This area is used as a public garden.

What’s a better view than enjoying your afternoon tea in one of the gardens of the palaces? You can live this dream. The Orangery of the Palace is not just reserved for high-end weddings or lavish events. This property is a famous destination for afternoon tea, breakfast, and even lunch.

Princess Diana buried her friend’s stillborn baby at the Kensington Palace. The burial took place in the lovely corner of her private garden. This burial remained a secret for a long time. It was when Diana’s butler talked about it in an interview, that the whole incident became known to the world.

Kensington Palace was looked upon as a private royal residence. But this building is not exactly tucked away in the countryside. It is located on a public street. The gates are famous and visible.

When Princess Diana wanted to have a male company, she couldn’t drive home with them. She would have her former butler, Paul Burrell, stuff the company into the trunk of his car to drive them in. One of the most famous hook-ups of the princess was with a Canadian singer, Bryan Adams. The whole world came to know about their affair when the latter’s then-girlfriend cited his tryst with Diana as a reason for their breakup.

Do you know that a whole Oscar gown is inspired by the Kensington Palace? 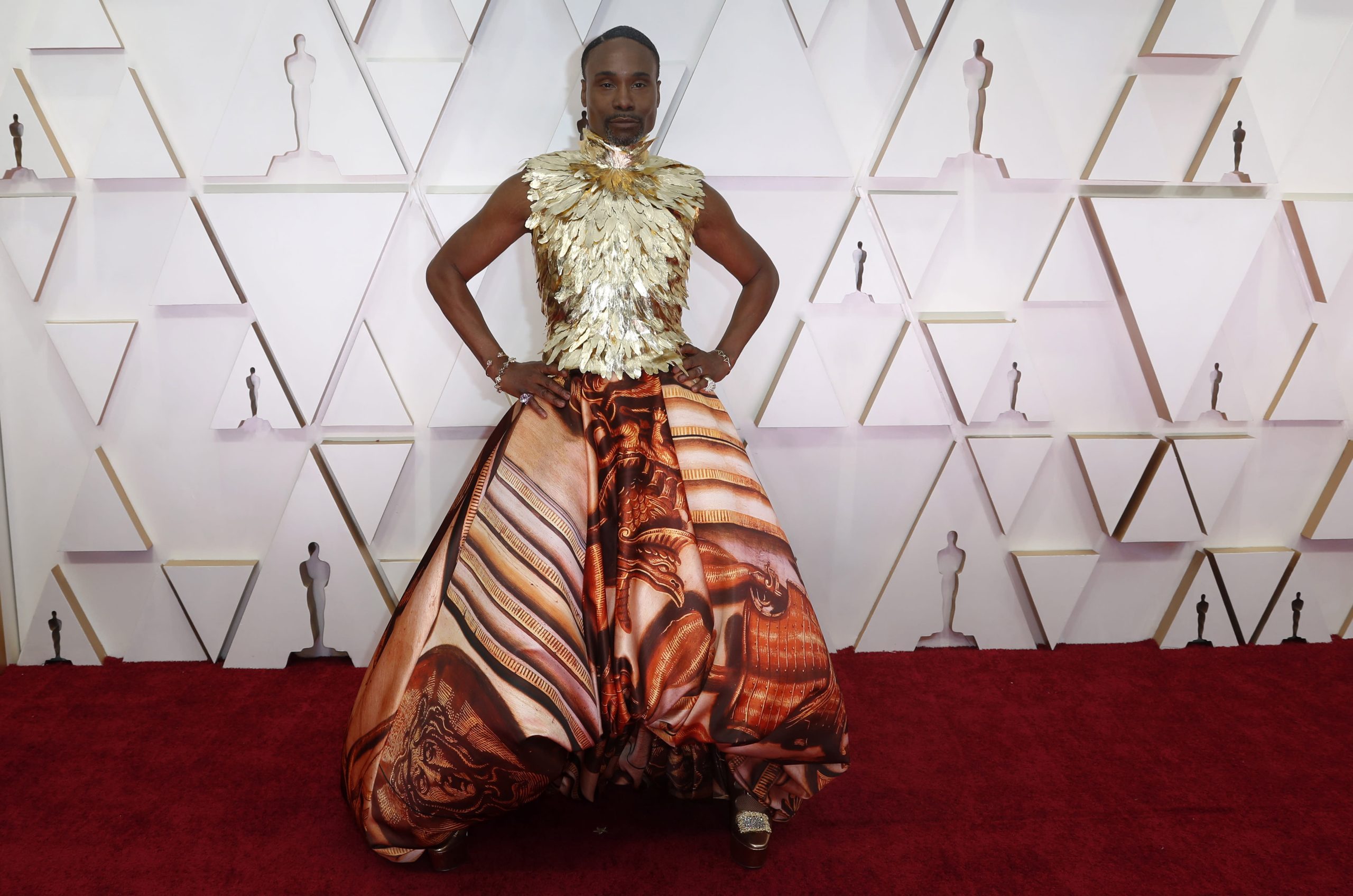 Billy Porter went a little extra in her red carpet appearance at the Oscars in 2020. His gown was inspired by the palace. It may sound random, but there is a story attached to the incident. Billy’s stylist once took a tour of the castle and imagined how parties there would have been hosted in ancient times. When he needed a gown for the Hollywood events, a light bulb went off, and his designer designed a billowing skirt. It took inspiration from the gold, marble, and wood dome in one of its rooms.

A beautiful theatre show called United Queendom was hosted within the premises of the palace in February and March 2020. The show explored the relationship between King George’s wife, Queen Caroline, and his mistress Henrietta Howard, in 1734. This was the first-ever theatrical event in the palace. It promised political intrigue, court games, high drama, scandalous gossip, as well as smiling through gritted teeth.

This story is about a boy who would not grow up and the price he pays for doing so. The author covered many areas of the property’s gardens while writing the story, including the Serpentine Lake. Barrie visited the garden very often and commissioned the statue of Peter Pan. You can find it even today.

Do you know that this palace was nearly demolished? In the 1890s, the palace was in a state of serious disrepair. The repairs were so grave that they came close to being wiped off the map. It was because Queen Victoria intervened and insisted that her childhood home should be saved and that the palace remains in a standing condition. She persuaded Parliament to approve the two-year renovation of the palace in 1897. The State Rooms were opened to the public when she turned 18.

Not many people may be aware, but Kensington also became the museum of London once upon a time. From 1911 to 1914, the stateroom of the Kensington Palace housed the Museum of London, before moving to the current location in Barbican.

We hope you enjoyed reading the interesting facts about the Kensington Palace as much as we enjoyed writing them. Keep in touch for more on history, culture, and everything around the world.