Snapchat Bitmoji 3D-Avatars: Here’s the Update on the Newest Feature

Snapchat is on its way to roll out the newest feature for the users. It is evolving the ways users can view their Bitmojis in a 3D avatar.

Recently, Snapchat introduced the update where users can pose in 3D Bitmoji avatars. This is an enhancement to the virtual character dimension representation that Snapchat is currently offering.

You can make and commit to these changes inside the app itself. 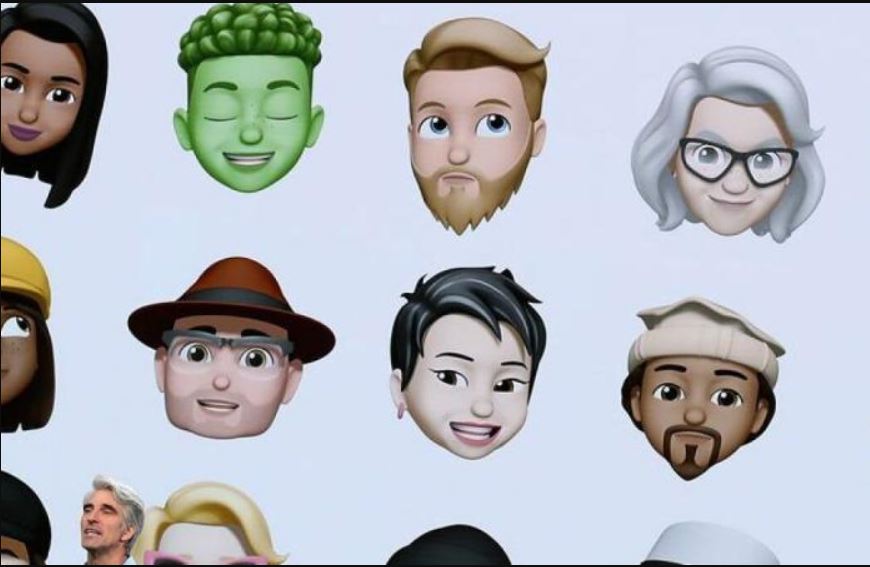 Along with the 3D Bitmoji avatar, you can also choose your facial expressions, gestures, backgrounds, and body pose, and more than 1,200 combinations to pick from.

More than 200 million people use Snapchat on daily basis, therefore, this indeed is a piece of good news for Snapchatters.

The Bitmoji Snapchat avatar will now include 3-D animations as well. Just a single tap on the screen, and you can have your projection on the screen.

Imagine your 3D cartoon in the real world. You can put it to drink a glass of water or run on a skateboard.

The fun doesn’t end here. You can also share these Bitmoji with your friends and dissect the avatars. Trust me when I say this, you are going to have loads of fun creating these avatars and posing in your favorite pose. 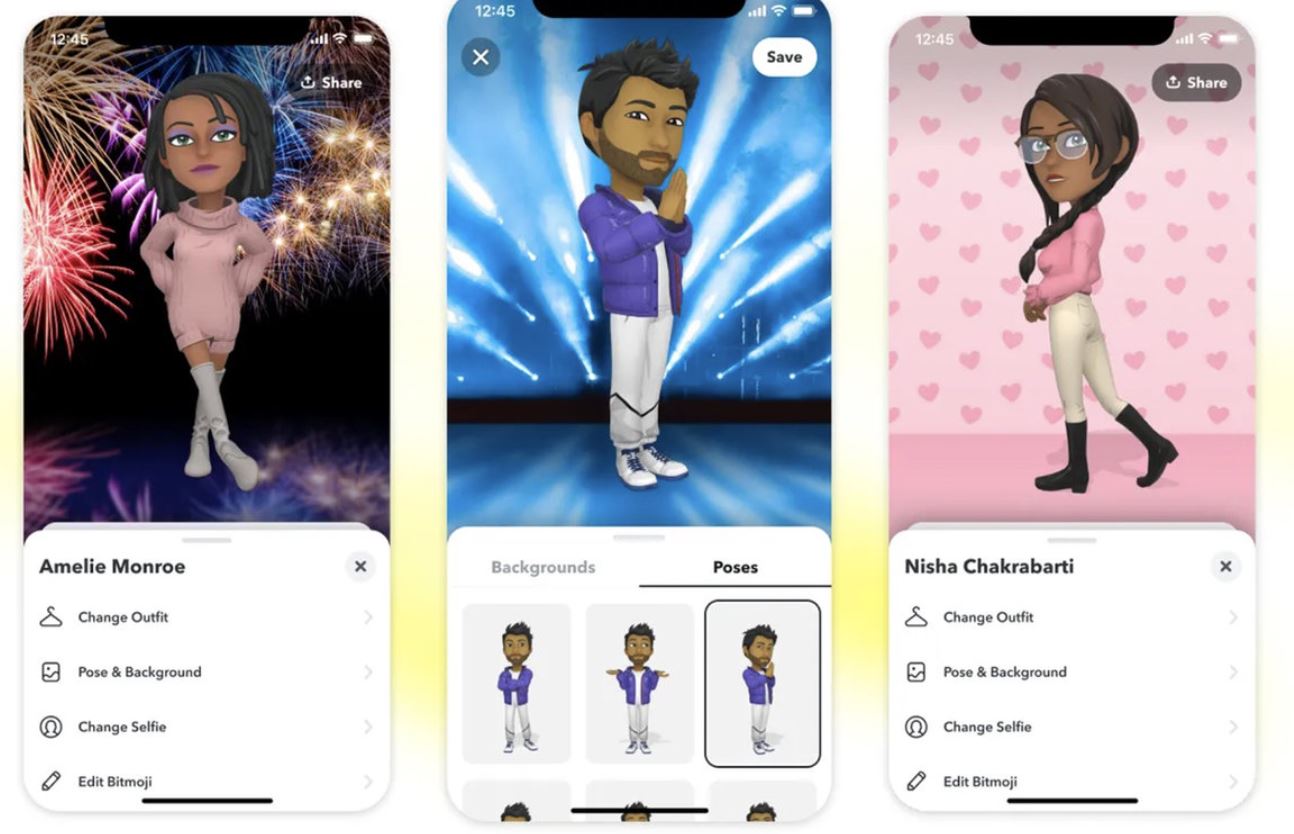 Snapchat has also added a lot of enhancement on how the Bitmoji avatar will appear on the screen for the user. They claim to have made a big switch in order to make it more interactive and healthy.

Moreover, you can expect a lot of details on your profile which includes viewing the ”clothing texture” and getting details about the embellishments that your character is wearing.

When can you use the New Feature?

According to Snapchat, the feature was supposed to be launched on Monday. However, going by the reports, not a lot of users have gotten access to it yet. 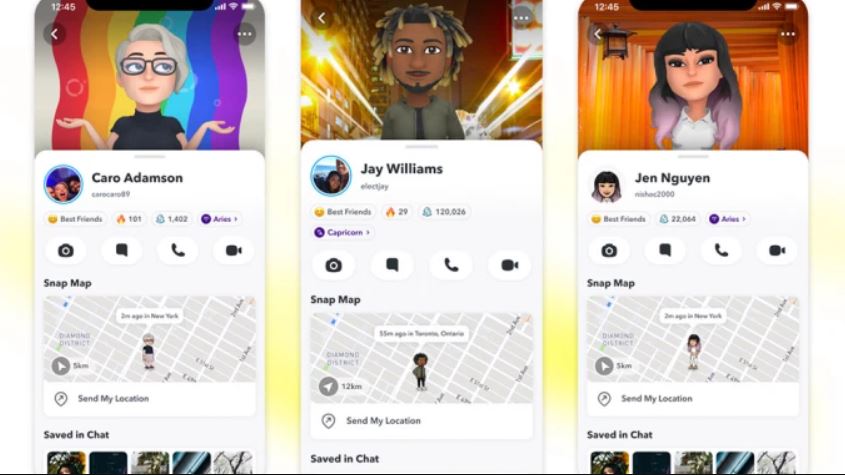 Bitmoji and its avatars have been so much popularity recently. Less t mention the rate at which it is people are using it. Also, this isn’t the first time Snap introduces 3D, there have been other instances and options too.

Earlier, the 3D-Bitmoji was available only for Augmented Reality in Snapchat but now, seems like there is an evolution.

Until recently, the Snapchat platform, to make it easier for the users to express themselves, added nine new Bitmojis’s in regards to World Environment Day. The Bitmoji’s were mainly about how easy it is to promote recycling, saving electricity, and gardening activities. 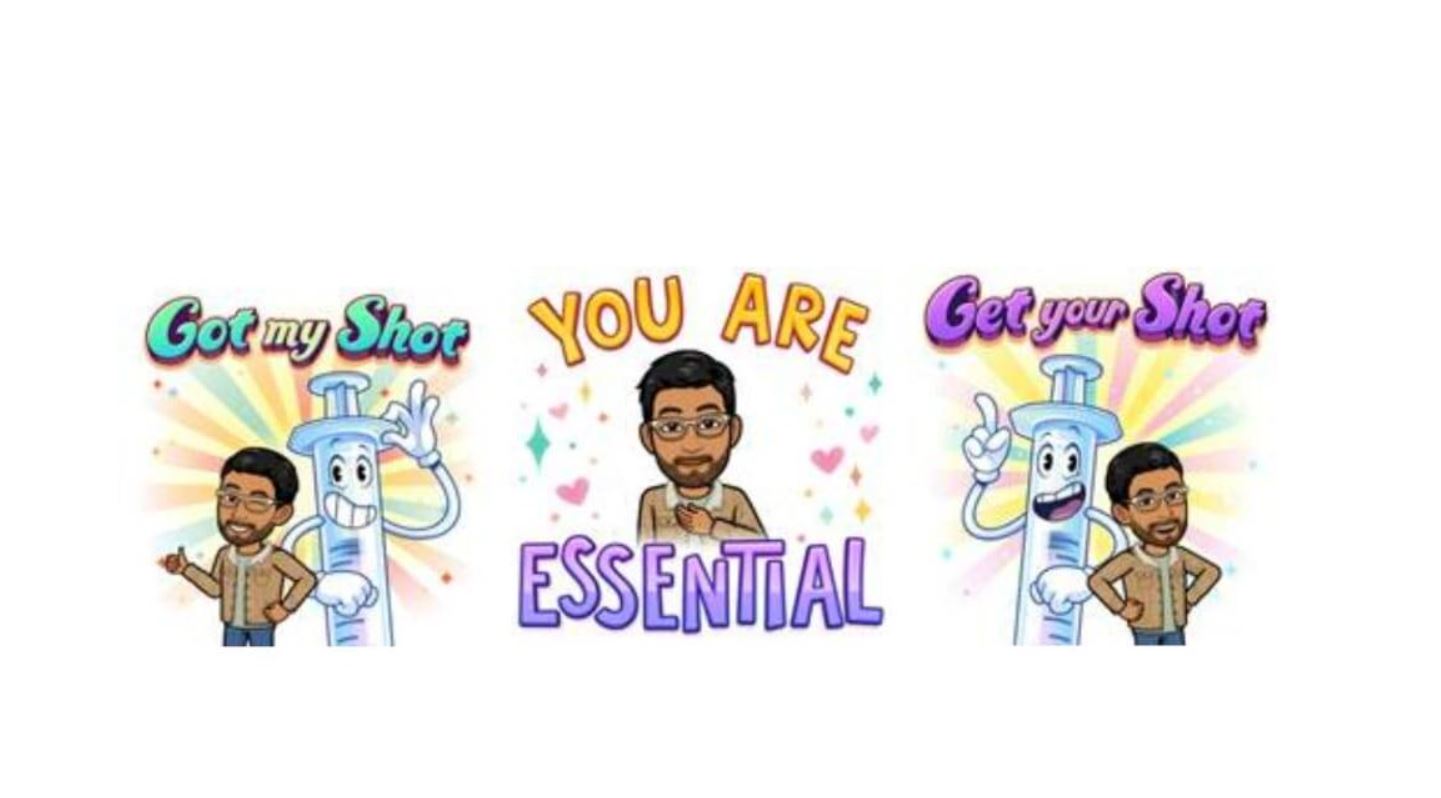 The language lenses for Bengali, Marathi, Telegu, and so on were also added by Snapchat some time back. The lenses are capable of translating real-time objects. With more enhancements and features, maybe the bandwidth will increase. Currently, it is set to 1,000.