The outcome of the most-awaited Facebook-Luxottica collaboration has been finally unveiled on Thursday. Named Ray-Ban Smart Stories, the glasses are available at a price of $299 and allow users to capture photos and video clips with voice commands. The smart glasses also feature a speaker that can be used as headphones to listen to your favorite Eminem track via Bluetooth from the device they are connected with. A speaker is definitely incomplete without microphones. And the microphone present in the glasses gives users access to attend their calls. 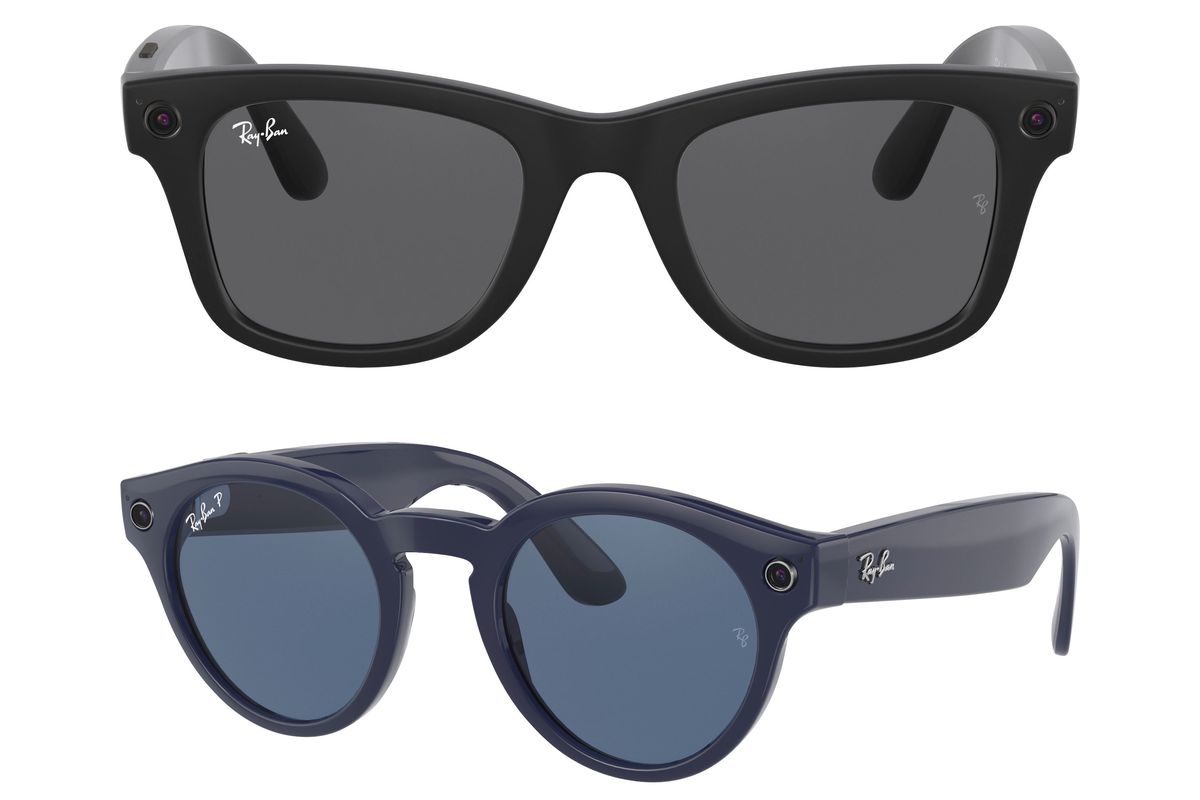 Facebook has shifted its focus in building new hardware, and the Ray-Ban Stories is one of their latest examples. However, Facebook is not the first company to launch a pair of smart glasses. In 2013, Google was the first firm to introduce Glass devices to the world. Further, in 2016, one of the closest social-media rivals of Facebook, Snap launched their first Spectacles devices. With that said, let’s check out all the pros and cons of Ray-Ban Smart Stories, and details regarding their availability.

When Will Ray-Ban Smart Stories Will Go On Sale?

The Ray-Ban Smart Stories are available for purchase from Thursday. All you have to do is visit a Ray-Ban Store, or head towards the official Ray-Ban website to make the purchase. For now, the glasses are only available in the US, UK, Italy, Australia, Ireland, and Canada. Further, the Facebook glasses will get listed on many other retail stores like Amazon, Best Buy, Sunglass Hut, and LensCrafters on Monday.

Like everything in this world, Ray-Ban Smart Stories has its pros and cons. So, first, look at the pros – the reason for which you should definitely consider these smart glasses.

Let’s start with the overall design, Ray-Ban Smart Stories looks fashionable and has been built around traditional Ray-Ban design. In the first impression, no one will consider it as a technology-equipped glasses. The glasses are available in three models: Wayfarer, Round, and Meteor. The best part is that you get the option of customizing the glasses as per your color, and lens choice. The types of lenses that you can choose from include, sun, prescription, polarized, transition, clear, and gradient. 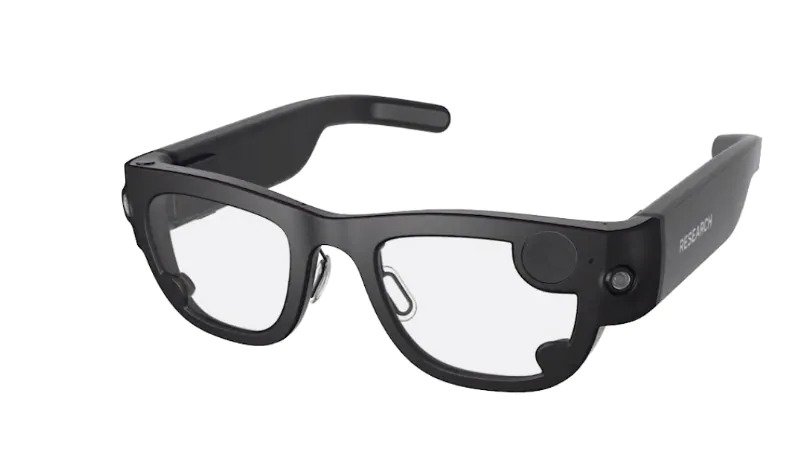 Before proceeding further, I must say Facebook has selected the best collaborator for their smart glasses. As mentioned, in the first impression, they look exactly like traditional Ray-Ban glasses. And you won’t realize that they are smart glasses until you are precisely in search of the two hidden cameras at each side of the glass frame.

Another interesting aspect is that you won’t find Facebook branding anywhere in the glasses. There is Facebook branding, but it’s on the product box. And I think it’s a smart move by Facebook, as we all know, nowadays, majority of the Facebook users have trust issue with the social media giant.

Ray-Ban Smart Stories is built with the motive of allowing users to capture beautiful moments of their life, while they are enjoying them in present. Smartphones or other devices allow you to take pictures, but at the same time while using these devices you are left far behind from living all those moments in present. The FB glasses are built to solve this problem. 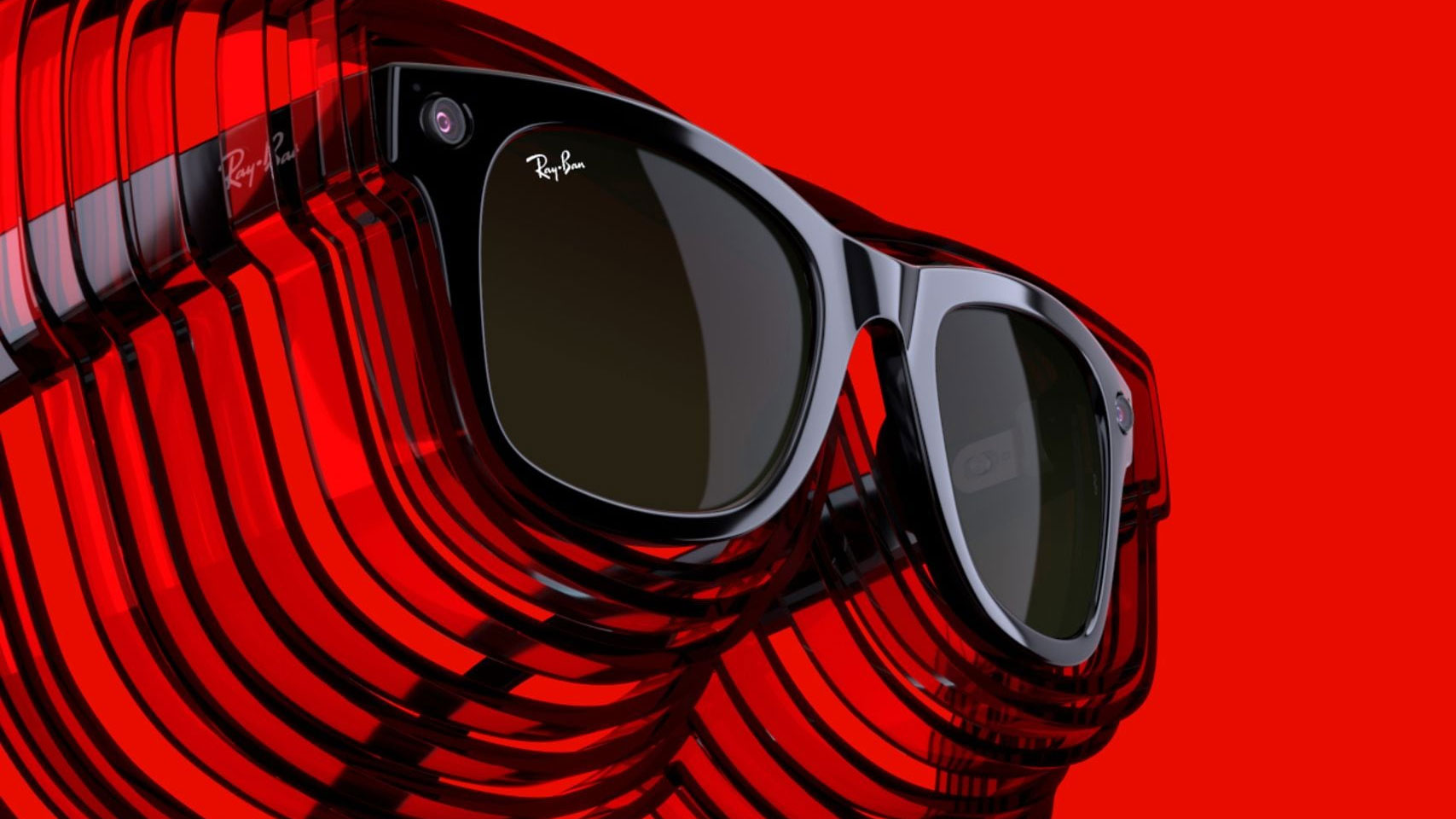 For example, you are riding your bike and you come across beautiful scenery and you want to capture it. So with these glasses, you won’t have to stop your bike, take out your phone and capture the scenery. Instead, you can just say, “Hey Facebook, take a photo” to capture the scenery for you while you are riding the bike. Or if you want to record a video, you just have to say, “Hey Facebook, record a video“. In case, you are feeling awkward using the voice command, you can take the help of a button.

You can view the captured photos later within an app called View, specially designed by Facebook for the glasses. Further, you can save the captured photos on your smartphone or personal computer. And later share them on your social media handles with #capturedwithRayBanSmartStories to make your friends jealous of you. 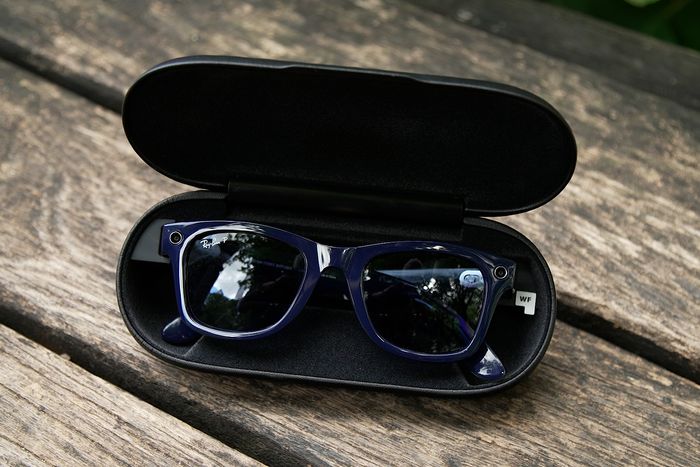 Lastly, if I talk about the battery life, Facebook claims that glasses will offer 6 hours of continuous usage. And you can charge them in 3 hours using the carrying case provided by the firm.

Now that you are aware of all the reasons because of which you should consider this Facebook product as your next pair of glasses. Let’s look at all the areas where Ray-Ban Smart Stories needs to improve itself. 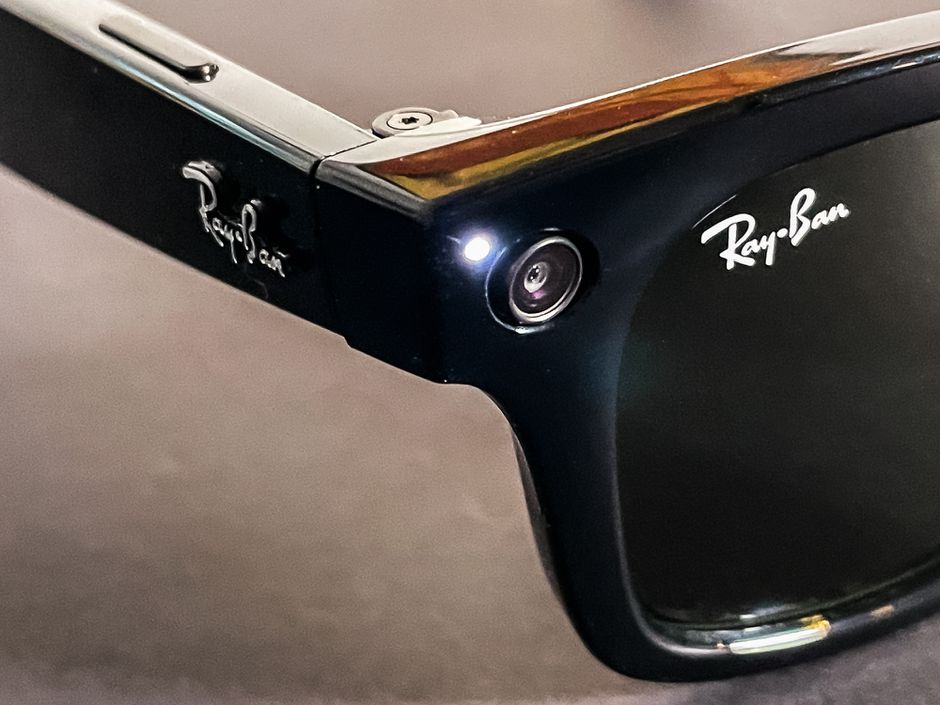 Even though it’s a plus point that Facebook glasses allow you to capture as well as live the moments in present. But at the same time, the images produced by the 2 Megapixel camera are not up to the mark. Nowadays, with smartphones offering at least 48-Megapixel cameras, it will be worth noticing whether people will be interested in the 2-Megapixel Facebook glasses because, at the end of the day, the sole motive of these glasses is to capture images. And if it is lagging behind this aspect only, then it’s very difficult to predict the bright future of Facebook glasses.

If you are thinking of buying these Facebook glasses especially for listening to your favorite music tracks, then we recommend you to go for specialized headphones or Earbuds. The audio output of the glasses is just average. And it will hardly compete against specialized earbuds and headphones.

While announcing the glasses, Facebook mentioned that AR capabilities will be missing from their upcoming product. Initially, it didn’t felt like something to be concerned about. But, when Snap released their latest smart glasses featuring AR, then everyone realized where FB glasses are actually lagging behind.

The most disappointing part about these smart glasses is that they aren’t water-resistant. Therefore, you will have to be very careful while using them on the beach or poolside.

Are Ray-Ban Smart Stories Worth Purchasing?

The Ray-Ban Smart Stories is a great example of Facebook taking a step forward towards future technology. They have also chosen the best brand to collaborate with, a brand whose product people will actually want to try. 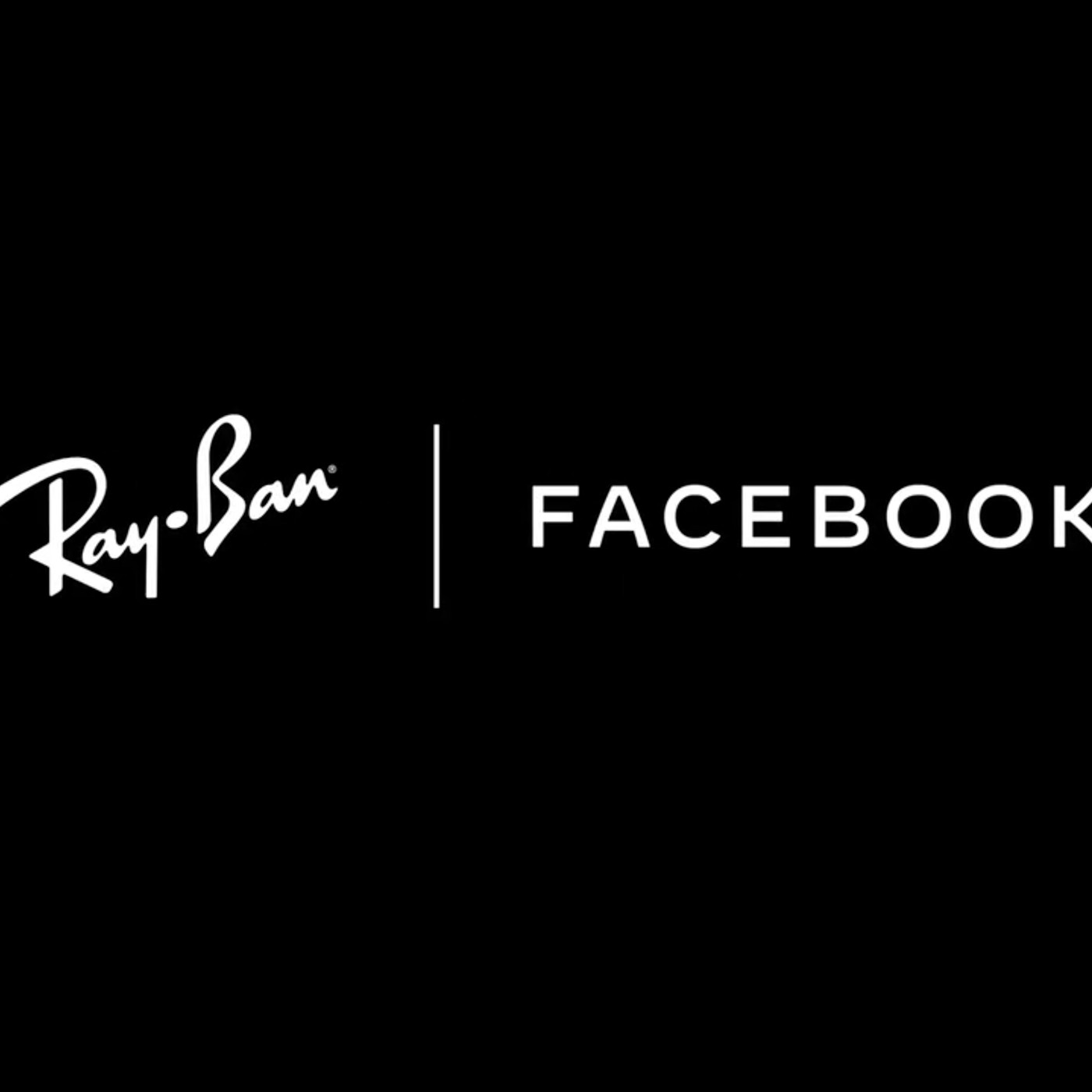 However, on the negative side, you will have to compromise with AR features, average audio output, and poor camera performance. And to be honest, it’s a lot of sacrifices to make, if you are spending $299 from your pocket.

In our opinion, Ray-Ban Smart Stories is a perfect present material for your loved ones and friends. But as of now, you can’t consider it as your next pair of glasses.