Meta, formerly known as Facebook didn’t announce Oculus Quest 3 and Oculus Quest Pro VR Headsets at CES this year but we already know its early release date, features, price, and a lot of interesting information about it. 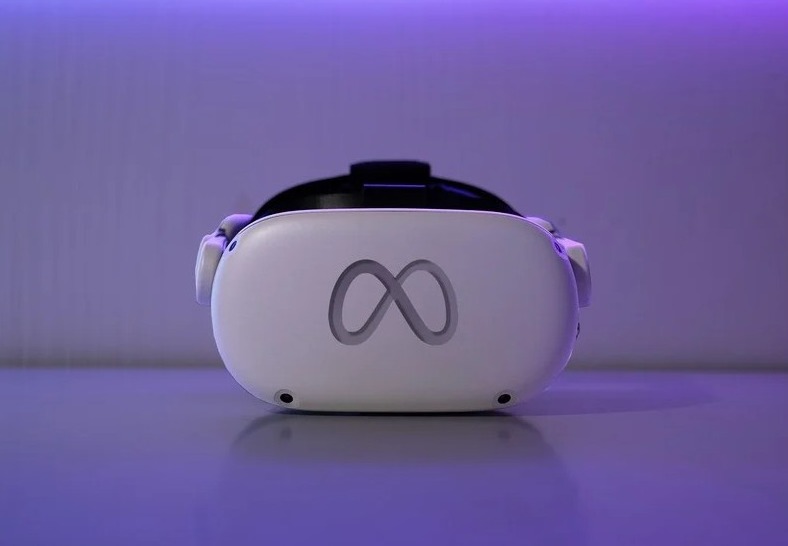 The tech giant will be rebranding the successor of Oculus Quest 2 as Meta Quest 3 possibly while the Project Cambria, unveiled last year, could be the codename for Oculus Quest Pro, as the latest rumors suggest.

The coming years appear very exciting as Meta will be competing with Apple with its VR headsets. Earlier, tech-enthusiasts had a belief that there will be a single launch but the latest updates suggest Meta will be releasing two VR headsets, one in 2022, and the other in 2023.

If plans change, we can also see them arriving together. However, it’d make more sense if the company launches them separately as both of them will feature differing specs as well as features.

Meta had already confirmed at Connect 2021 that Project Cambria would be coming out in 2022. Now, there are various reports suggesting that it will indeed come out in the second quarter of 2022. Brad Lynch, a popular Extended Reality (XR) analyst and YouTuber is also mentioning the same.

According to him, Meta’s high-end VR headset, Oculus Quest Pro which is currently codenamed Cambria will have a release date from April to June window. This period collides with Meta’s annual developer conference.

I know people don’t like to hear that Meta might release a new VR HMD every year (Quest or not) but that seems to be the model. XR hardware moves fast

Display Supply Chain Consultants (DSCC) also reports that Meta will launch a high-end VR headset in 2022. The report suggests that this device will “push the limits of display technology and form factor, and will be based on pancake optics enabling a slimmer form factor.”

As for the successor of Oculus Quest 2, Meta Quest 3, Lynch says that it will have a separate release date sometime in the next year.

According to Lynch, the Meta/Oculus Quest 3 will feature uOLED displays, which is an upgraded version of OLED. The new displays will be shown off during the Connect 2023 event if Meta sticks with the current schedule.

Quest 3 is planned to include uOLED. Meta signed deal to build production lines for these displays with Changxin Technology

He has also mentioned that Cambria/Oculus Quest Pro will feature Mini-LED displays, an advanced display technology currently available in iPad Pro 2021. It offers super high contrast and brightness making the upcoming VR sharper and more immersive than ever.

Meta mentioned at Connect 2021 that Cambria would be a “high-end device at a higher price point, packed with all the latest advanced technologies, including improved social presence, color Passthrough, pancake optics, and a lot more.” 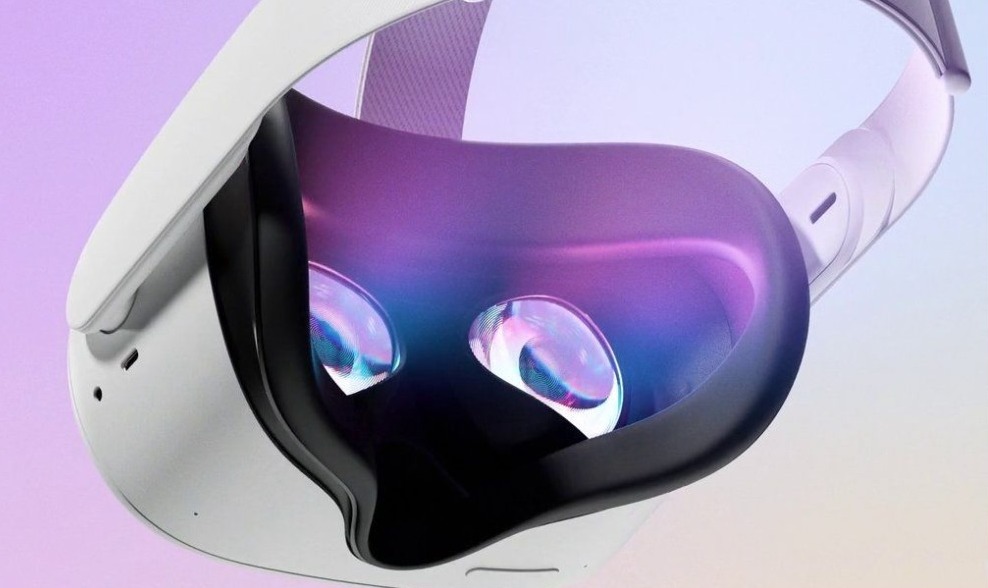 Apart from this, the new VR headsets will also have an upgraded chipset, potentially from Qualcomm. They will also have an improved battery life, a cable bundled into the box to plug the device into a gaming PC, and a sleeker design.

One interesting keynote from Lynch’s report is that Meta won’t be using Snapdragon XR3 processors. They’ll prefer developing their own silicon.

Even though Qualcomm Snapdragon XR3 is expected to be available by late 2023:

Meta is hoping to have their own silicon design ready for Quest 3. And not rely on a SoC that all smaller XR players will use. Mainly with a focus on a GPU that is better designed for VR loads

However, other reports are suggesting that Meta has dumped its plans to make its own AR/VR OS and will favor modifying Android instead.

What do we expect from Meta Quest 3 and Oculus Quest Pro?

From a gamer’s point of view, the successor to Oculus Quest 2 must be a game-changer. Only then it’ll seem credible enough to upgrade. Even if Cambria happens to be Meta’s next standalone headset, and not from the Quest lineup, it should prove to be value for money. 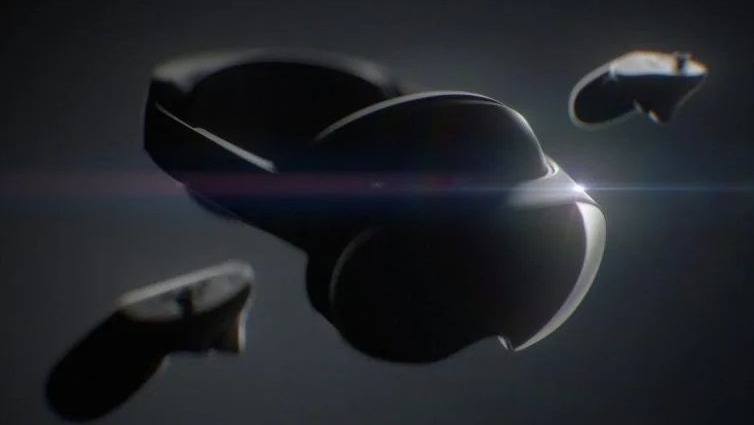 Here are some things that we’d expect from Meta’s next VR headsets, be it Oculus Quest 3, Pro, or Cambria: 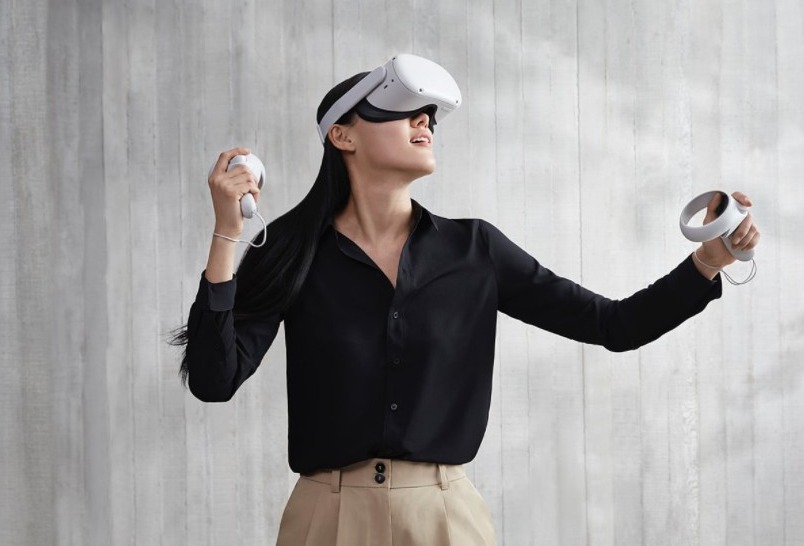 The Oculus Quest 2 has been a massive success for the company, with nearly 2 million units of it selling during the holiday season. Thus, it has also set the bar high for upcoming VR headsets. With Cambria, Meta is looking to sell over 3 million units initially, according to reports.

The upcoming Meta VR headsets will not be lighter on gamers’ pockets. They’ll definitely be more expensive than Oculus Quest 2, which currently sells for $299 (64GB model) and $399 (256GB model).

If Meta Quest 3 happens to be the direct successor to it, then it should be available in a similar price range. So, you can expect it to be available for $349 to $449. The Oculus Quest Pro or Project Cambria could be around $50 costlier due to its higher specs.

There is very little known about the price of Meta’s upcoming VR headsets. So, it’ll be better to wait for official announcements.

The next-gen VR headsets are not too far away. If they are able to perform up to the hype, Meta will definitely grab a long lead in the futuristic sector. If you are a gamer, it’s your chance to be excited and wait for official news.