The craze for NFTs keeps getting bigger. Now in a first, Twitter has rolled out a feature to use NFT (Non-Fungible Token) as a profile picture for Twitter Blue subscribers who are using iOS devices. Find out why this is such massive news here. 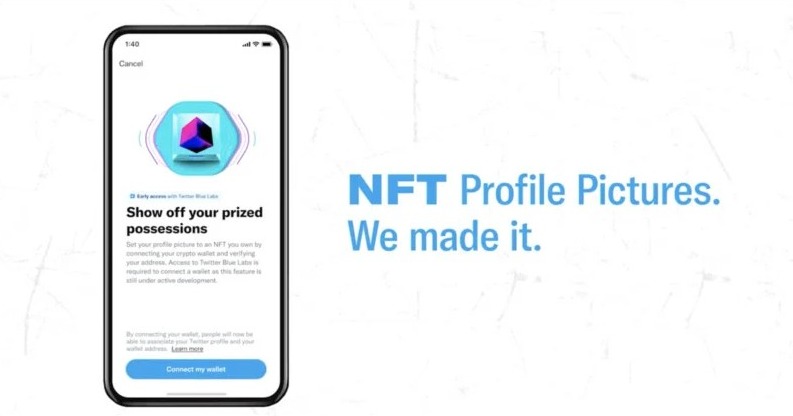 If you are unaware, NFTs are digital assets that might be in the form of art, music, short videos, GIFs, or any digital print stored on a blockchain and represents proof of ownership. The blockchain is a digital database that is accessible publicly. In simple terms, NFTs are unique as they carry a receipt of ownership on the blockchain.

The hype for these has skyrocketed in recent years with celebrities, brands, businesses, and others adopting as well as promoting them. Twitter has had plans to roll out NFT profile pictures since September 2021. Now they have finally released the feature officially.

The NFT Profile Image on Twitter will represent the proof of authenticity using a hexagonal frame. You’ll have to link and use your wallet where the NFT is stored.

On Thursday, Twitter has added the ability to use NFT as your profile picture on the social media platform, so you can show it off with a hexagonal frame on your Twitter account. The hex-shaped profile picture will display that you are the rightful owner of that particular NFT.

You asked (a lot), so we made it. Now rolling out in Labs: NFT Profile Pictures on iOS pic.twitter.com/HFyspS4cQW

However, this new feature is currently available only for Twitter Blue subscribers using an iOS device. Twitter Blue is Twitter’s premium subscription which costs $2.99/month and offers additional features just like the latest one. As of now, it is only available in a limited number of regions including the U.S., Canada, Australia, and New Zealand.

The NFT Profile Picture feature may also arrive on Android later, but there is no confirmation or hints available from the officials yet. 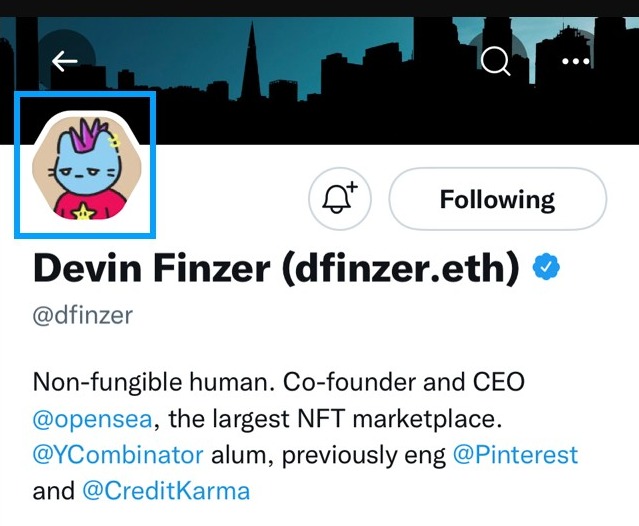 You can also click on the NFT profile picture and click on “View NFT details” to find more information about it including the owner, collection, etc. Recently, a lot of Twitter users have been using screenshots of NFTs on their profiles. The new feature will help differentiate between the real and fake NFT owners.

How to Get the NFT Profile Picture Feature on Twitter?

In order to get the NFT Profile Picture feature on Twitter, you must first subscribe to Twitter Blue and use it on an iOS device (iPhone/iPad). You will also need to own the NFT and agree to link your wallet to Twitter.

It should also be noted that Twitter only supports static JPEG and PNG NFTs minted on the Ethereum blockchain such as ERC-721 AND ERC-1155 tokens as of now. You also have to store it in a compatible wallet.

For now, Twitter supports the following wallets to hold your NFT:

If you meet these conditions, you are good to go and you can set your profile picture to your favorite NFT, it could be a funky ape or an abstract fish, whatever you desire. 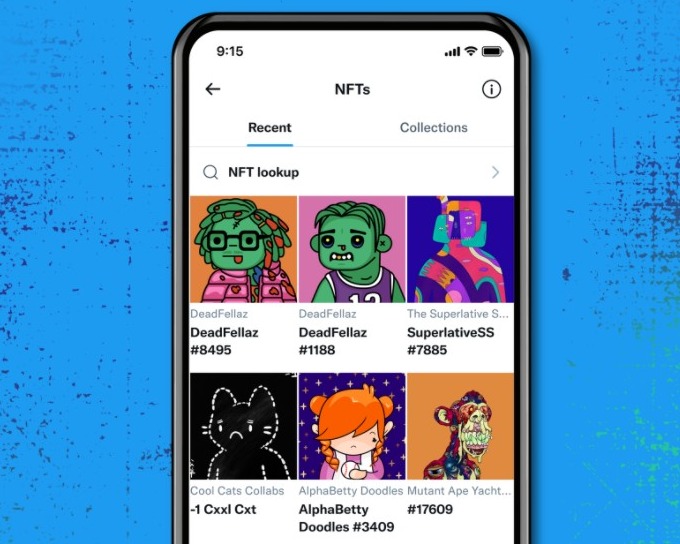 Can Android users get the NFT Profile Picture feature yet? No. As of now, there is no way for Android users to use NFT as a profile picture on Twitter unless they switch to an iPhone.

How to Set NFT as Profile Picture on Twitter?

Once you meet the pre-requisites, you can set NFT as your profile picture on Twitter. Here is the simplest guide about how to do that:

Ready to show off your NFT? Follow these simple steps to connect your crypto wallet and let’s see your NFT PFPs! pic.twitter.com/epSL7VXG5o

You as well as other users can also tap on the profile picture and then tap on View NFT details to check the information. If you wish, you can also change the NFT or switch back to a regular profile picture very easily.

If you are using an NFT Profile Picture on Twitter but wish to change another NFT, or an NFT stored in another wallet, or just switch back to a regular display image, you can easily do that. Follow these steps:

You cannot link two wallets to your Twitter account at a time. When you link another wallet, the previous one will be unlinked automatically.

If you want to remove your NFT profile picture from Twitter, you just have to change it to a regular display image from Settings. After that, the NFT will not be shown and the hexagonal frame will go away. It’ll be just like before and millions of other Twitter users.

The future seems pretty bright for NFTs with the adoption going in the right direction. Twitter has been playing a key role for crypto-enthusiasts with Jack Dorsey, the former CEO claiming “Bitcoin would be a big part of the company’s future” and then stepping down to focus on digital payments company- Square.

Meta, formerly Facebook, is also rumored to have a massive announcement regarding NFTs soon. Stay tuned to find out about it at the earliest.