Just two days before its official release, most of the features of the upcoming new action camera of GoPro have been leaked online. The last release in the GoPro Hero series was made in October 2020. And compared to its predecessor, the Hero 9 came along with a completely revamped design, in-front display, ultra-wide camera support, and much more. Now in the upcoming release – GoPro Hero 10 black is not going to have many changes in terms of design, as per the leaked render. The major difference that one can find in between the Hero 10 black and its predecessor will be in terms of features. 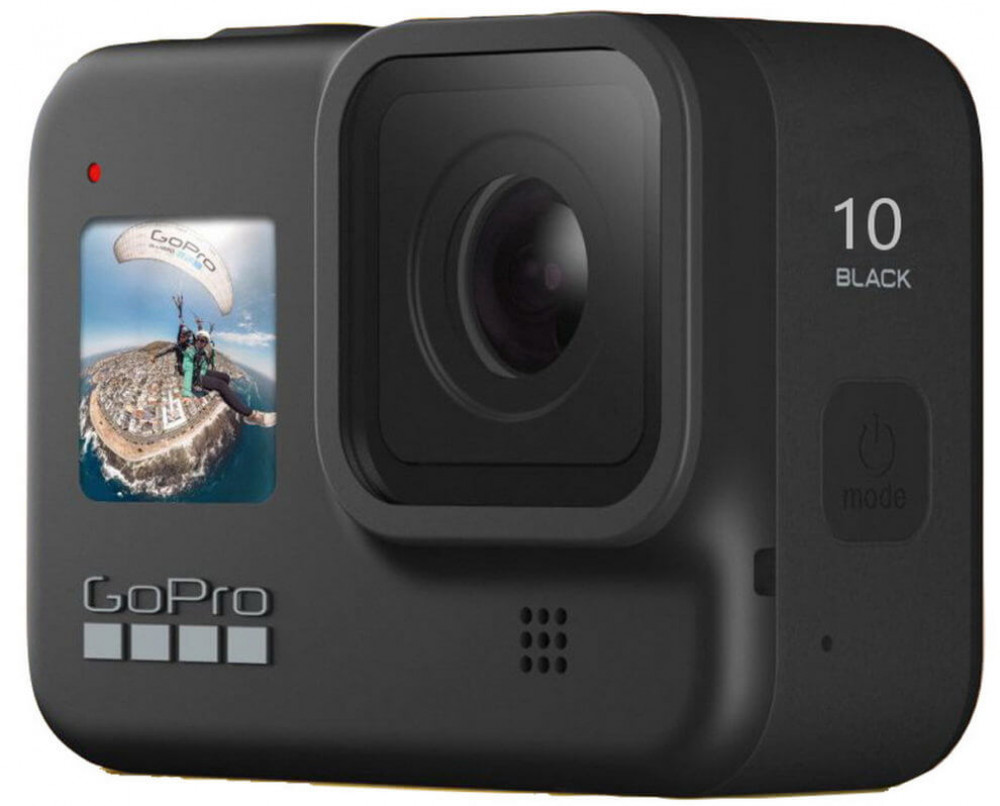 So, let’s check out the leaked render and specifications of the GoPro Hero 10 black in detail.

As per an article posted on WinFuture, the upcoming release in the Hero series will be almost similar to Hero 9, in terms of the overall design. The physical overview and looks could also be the same as Hero 9. Further, it is also expected that the company will continue to offer front displays. Most of the changes that we are going to see will be in terms of camera features. 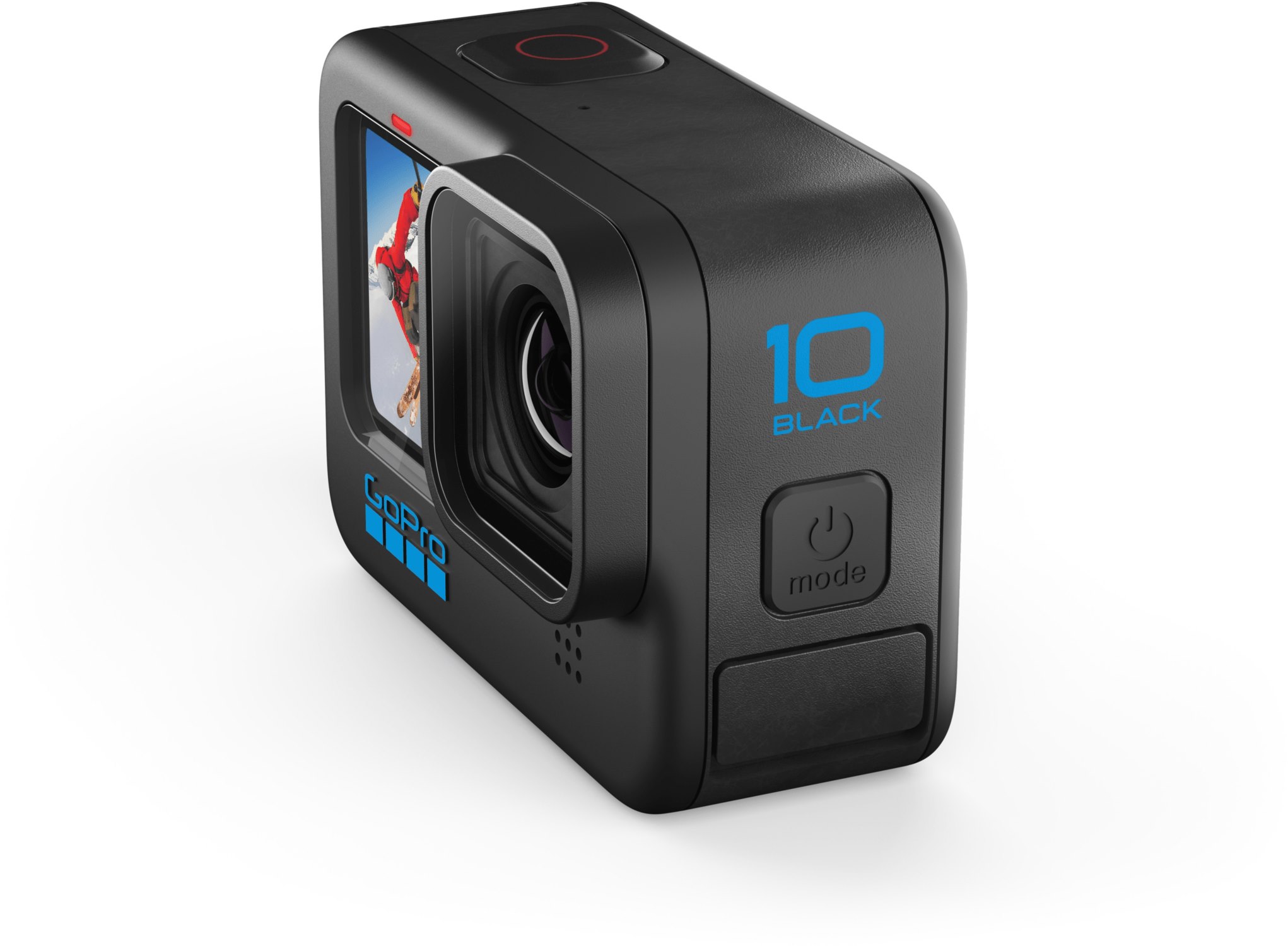 As it can be seen in the leaked render, this time GoPro has gone with the blue colour shade for their company logo on the camera. The Hero 10 black will feature the latest GP2 processor which will make sure that the camera offers the best performance along with a higher refresh rate. It will also make sure that the camera offers better image stabilization, and enhanced low lighting output. The camera further features a new lens cover that will minimize the reflection up to a greater extent. And it will eventually increase the quality of images, and videos produced. It comes as an extra accessory. Therefore, it’s up to you whether you want to equip it with your camera or not. 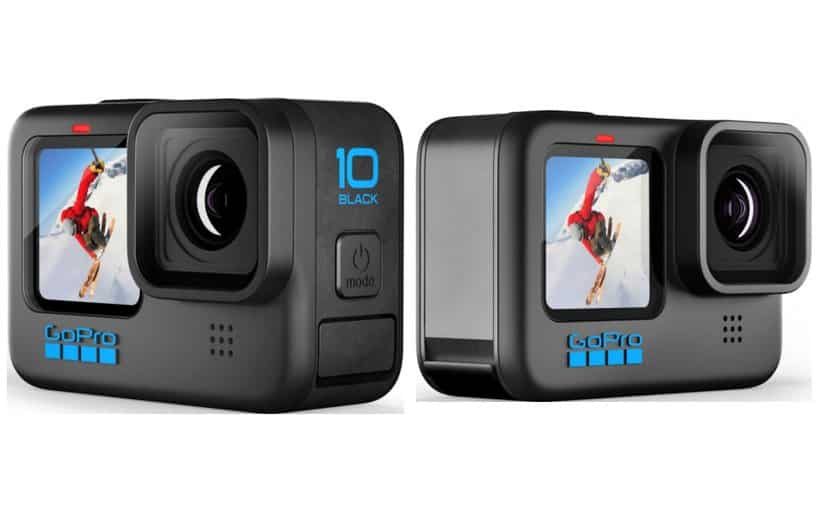 Now coming to the display, as per WinFuture, the upcoming release will feature a display on the front. And compared to its predecessor, the Hero 10 Black will offer a higher refresh rate. A higher refresh rate will make sure that you get a better, and fluid viewing experience. Further, the touch controls and shutter release will respond faster compared to Hero 9 Black.

If we talk about the video output, the coming model will offer a 5.3K video recording at 60 FPS, a 4K recording at 120 FPS, and a 2.7K recording at 240 FPS. Additionally, it will also come along with an upgraded sensor. Compared to its predecessor 20-Megapixel max. photo resolution, the Hero 10 Black will offer 23-Megapixel max. output. And for taking the best quality and stable image, the camera supports Hypersmooth 4.0. Some additional features of the camera are 10-metre water resistance, superphoto, HDR mode, and Timerap 3.0

As of now, we don’t have much to share on the pricing and availability of the product. The Hero 10 Black is expected to launch on September 15th at a price of around $630. Compared to the predecessor, there is a slight increase in the pricing of the upcoming model. Anc it could be because of the ongoing chip shortage.

So, this will be all the available information regarding GoPro Hero 10 Black. We will update this article as soon as any new update comes on the product. Till then keep visiting our website, to remain updated on the tech industry.