Google Messages will Auto Delete OTPs after 24 Hours in India

There’s no competition of Google’s Messages app when it comes to providing the user’s a clean and minimalistic interface. When we talk about the “SMS management features”, the Google Message app was somehow lacking behind its other competitors. If being more specific, one aspect in which Google Messages app was falling behind was in handling OTP’s. But with the newest update, this issue has been fixed. 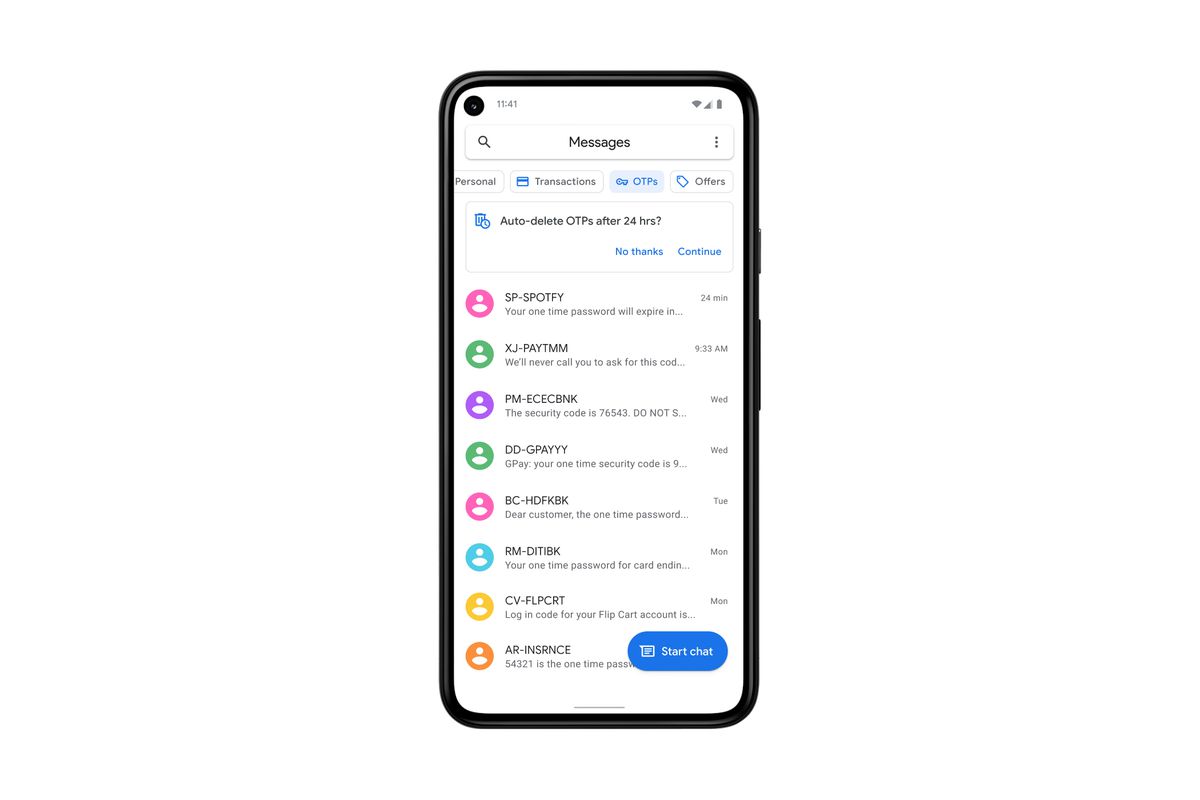 Google Messages – Google’s own messaging App will receive two crucial updates, but only for Indian users. The first update will make sure that all the messages of different categories get sorted automatically. Whereas the second update, which is considered the most important update, will automatically delete OTP’s, or one-time passwords.

In a blog post, Google announced these two new features for Google messages, but only for Indian users. The distribution of this update on different devices will begin from next week, and all Android smartphone that runs on Android 8 or above is going to receive this update. However, if you don’t want to enable put these updates on your Google Messages app, then this is also possible. As users can turn on-off these two new features by going to Google Messages app settings.

If you have been enabled the auto-categorize feature, all the messages on Google Messages app will automatically get categorized into different categories, based on their type. For example, SMS related to bank transactions and bill payments will get stored under the transaction tab, and SMS send or receive by a saved contact will get stored under the personal tab. According to Google, the categorization feature is completely safe and will help users to quickly find their messages send or received long back. Users can even access these messages while being offline.

Talking about the OTP feature, users can enable this feature by going to Google messages app settings. Once enabled, all the OTP’s received on your device will get deleted automatically after 24 hours. This new feature will remove the burden of manually deleting OTP’s once you have used them. It also helps users to keep their messages mess-free and delete all unwanted messages at ease. Last year also, Google released a very important update related to spam messages. The update helped in reducing the number of spam messages received by users. Google automatically moves any suspected spam messages into the spam folder.

Why India Is Only Receiving These Crucial Updates?

Many users might be wondering, why India is only getting these two new updates, why not any other country? Google answer to this question by saying that, ” We had heard from many users in India, that they received a lot of different types of messages from friends and family, and businesses sending promotions, receipts, order confirmation and more. With so many incoming texts vying for their attention, it can be difficult to separate the important ones from everything”.

There is no update regarding the rollout of this update in other countries, as of now. If you are an Indian user with an Android 8, or above, you are soon going to receive this update.