Find out everything about DJI Mavic 3 Launch Date, Price, and all the Camera Features. We have all the leaks here.

If the reports are to be believed, we are about to see another launch from DJI in the segment of aerial photography. As per DroneDJ, and Jasper Ellens, the gossips around the Mavic 3 Pro is real, and the new release will have a drastic improvement over its predecessor, in terms of camera and battery life. It is expected that the launch will be in November 2021, and will have a significant up-gradation over two of the most popular Mavic aerial photography options – Mavic 2 Pro, and Mavic Air 2S. 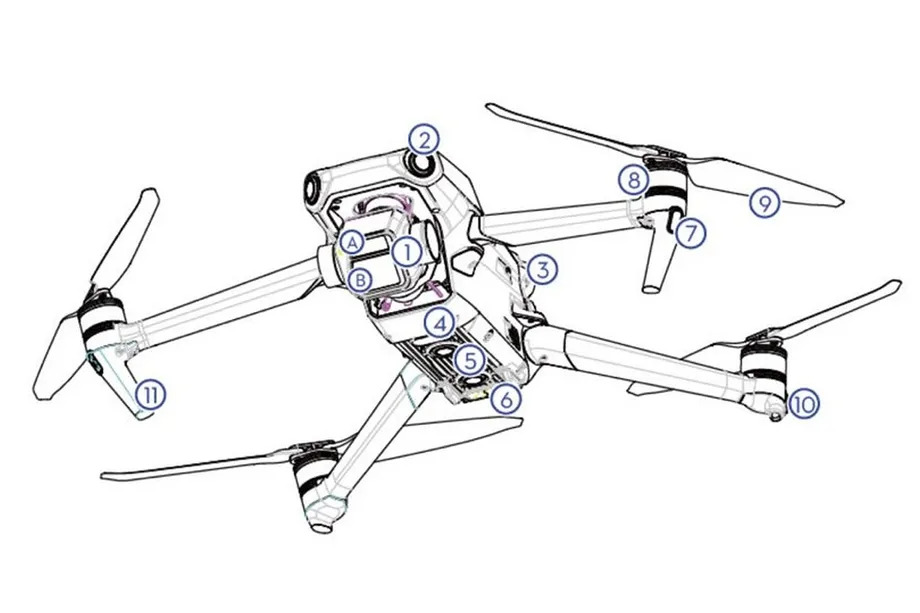 Most of the current DJI’s standard size drones offer half an hour of air time, but as per the DroneDJ’s source, the upcoming release will offer a minimum of 46 minutes of air time. And that too despite having some upgrade in hardware. Here’s everything know about DJI upcoming aerial photography option,

Back in 2018, we were having very limited options when it comes to aerial photography. The first one was the Mavic 2 Pro that features a 1-inch sensor and adjustable aperture. Whereas, the second preferable option was the Mavic 2 Zoom that offers a 24mm-48mm telephoto lens. But the upcoming release, Mavic 3 will be a great upgrade over these two DJI options.

DJI Mavic 3 will feature a dual-camera setup: one 20-Megapixel primary camera with Four Thirds sensor, and a 12-Megapixel secondary camera that will come along with a 160mm telephoto lens for 15° field of view. The cameras can record video in 5.2K resolution.

Similar to DJI Mini drones, the Mavic 3 will also have the option of directly getting charged through a USB Type-C cable. It was the most demanded upgrade as it will save the time of popping out and changing the battery. Because of all this new upgrade, we have a slight increase mint in the weight. The Mavic 3 weighs around 920 grams, which is 13 grams heavier than its predecessor Mavic 2 Pro. Similar to the Mavic 2 Series, we Mavic 3 Series will also have two different models.

The base variant is called Mavic 3 Pro, whereas the other variant is named, “Cine”. The latter comes with a built-in SSD and offers a 1GBPS Lightspeed Data Cable facility. The Cine model will be controlled by a completely revamped Smart Controller that allows video transmission over 15 km. The Mavic 2 Pro and AIR 2S offer 10km, and 12km video transmission respectively.

Both, DroneDJ, and Jasper Ellens have confirmed that the Mavic 3 Pro will cost $1,600. Whereas, the Cine model will cost around $2,600. Today, the existing Mavic 2 Pro and Smart Controller cost $1,600 and $750 respectively. When it comes to DJI Mavic Pro release date, Ellen has confirmed that the launch will be on November 15th.

So, these were all the available information on the DJI Mavic 3. We will update this article as soon as any update comes up on this new aerial photography option. Till then, keep visiting TheTealMango for the latest tech and gaming news.