Chromebook vs Laptop: Which One Should You Buy?

A lot of things can spark the Chromebook vs Laptop comparison in your mind. Recently, a number of good deals and offers on Chromebooks in the Black Friday sales alongside Laptops might’ve done that for you, and now you are here to decide which one should you pick. 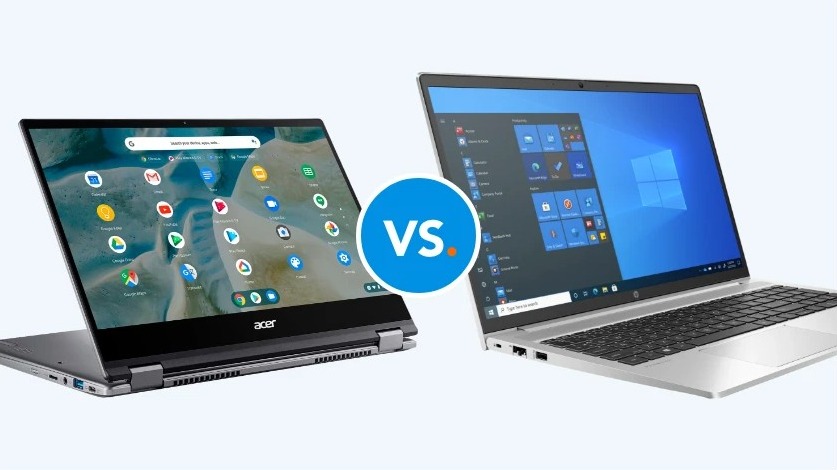 There are certain key differences that can help you decide which one will be the most suitable for you. One is very versatile while the other is cost-effective. One is precisely built to focus on cloud storage and services while the other performs seamlessly.

We have a brief comparison between Chromebooks and Laptops here. Check it out to decide which one will be the best for you.

The Overview of a Chromebook

Technically, Chromebook is a type of laptop that uses a newer base tech. A Chromebook runs on Linux-based Chrome OS that is developed to work with an Internet connection. You can view them as a device that appears like a laptop but works differently, and is somewhat similar to Android.

A Chromebook only works while connected to the internet. Thus, most of the work it does is cloud-based. It also doesn’t need heavy processing power or RAM as it relies on cloud services and Google apps for most of its functions.

They are ultra-thin, sleek, and very light in weight. You can find all the basic functions that you’ll use a computer for. You can also sync them with your Android devices via the Google account. The most notable feature is that they automatically update themselves.

The Overview of a Laptop

A laptop is a thin, lightweight, and portable personal computer that you can carry anywhere. It runs on the Microsoft Windows OS and uses a combination of hardware to perform its tasks. You will find all the abilities of a regular computer (desktop) on a laptop.

The key difference between them is the laptop uses the AC power from a battery while the desktop uses the power of electricity from a DC output. Laptops can be very versatile and serve purposes beyond any limitations. 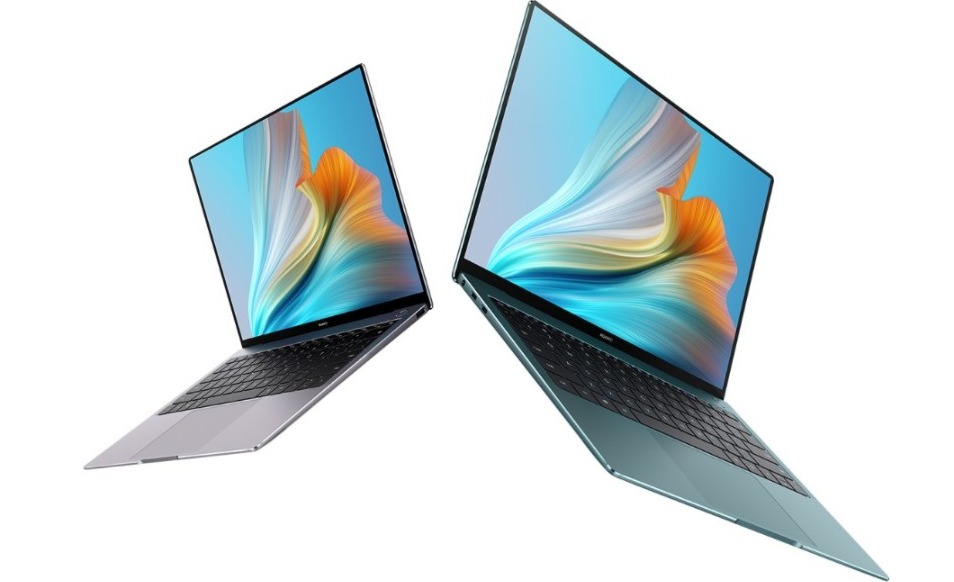 They are designed to offer heavy processing while consuming lesser power and handling the tasks smoothly. Laptops can also be customized to an extent if you need to add more RAM, additional storage, or replace key components.

The biggest difference between a Chromebook and a laptop is the operating system. A Chromebook uses the Chrome OS while a laptop runs on Microsoft Windows or Mac OS. The Chrome OS is a stripped version of Chrome web browser based on Linux while Windows and Mac are full-fledged operating systems developed for all sorts of tasks.

Another major difference is that Chromebooks use cloud services and Google apps such as Gmail, Drive, Docs, Maps, etc to perform its task. They also store the data in the cloud and files in GDrive. 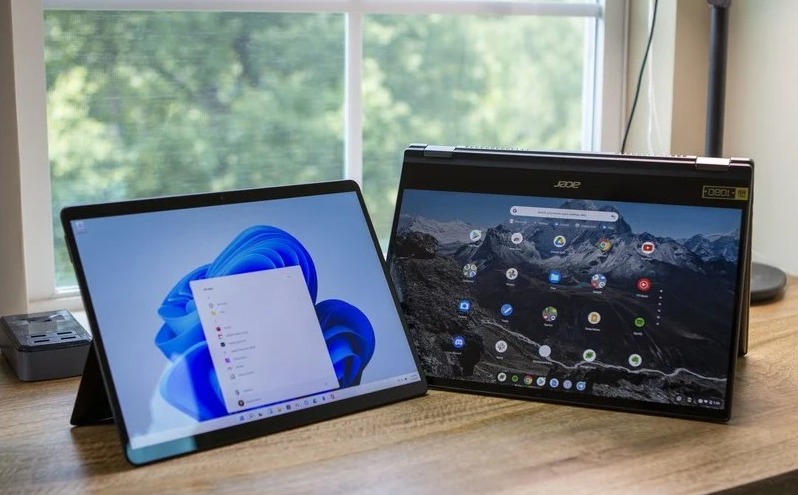 Whereas, a laptop computer uses heavy processing power from the RAM and stores data on physical drives as a hard disk or SSD.

Chromebooks have a number of limitations when it comes to tasks while laptops are very resourceful. You cannot use MS Office on a Chromebook and will have to use Google apps like Sheets, Docs, etc.

You can also not play heavy games like Valorant, CoD, CS: GO, etc, on a Chromebook while laptops are preferred to play games a lot. These are some of the key differences between the two latest computers.

Chromebook vs Laptop: Which one performs better?

Performance is relative to the specs available on the machine. If the same set of specs are available on a Chromebook, Windows PC, and a MacBook, the Chromebook will always be a better performer. This is because the Chrome OS is fast and lightweight and doesn’t need many resources.

However, the true performance will be available only on a laptop. They will have the essential specifications to carry out any task, and the ability to run the required software for its purpose. Laptops have no limitations but Chromebooks have many.

Chromebooks have a longer and better battery life than an average laptop. This is because the Chrome OS doesn’t need a lot of power as compared to a laptop that requires a lot of power to support its hardware. Windows or macOS aren’t also lightweight.

A Chromebook’s battery usually lasts for at least eight hours while that duration is pretty hard to get on an active laptop. You can also use a battery pack to keep both machines running. 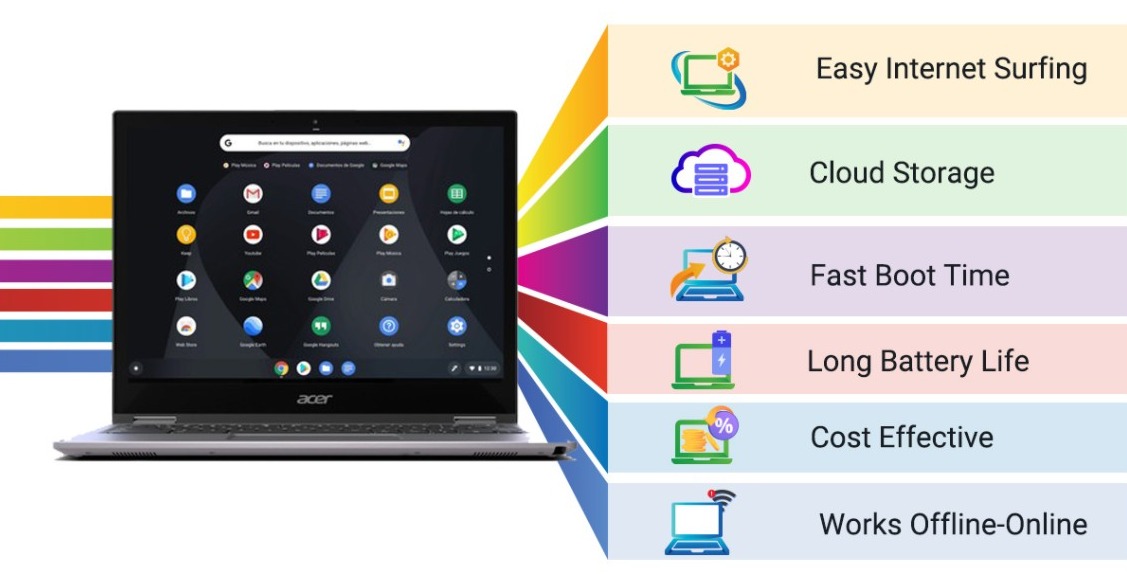 Coming to the storage, Chromebooks store the data in the cloud while laptops store them on hard drives or SSDs. To increase the storage of a Chromebook, you will need SD cards or USB cards. Whereas, you can do that easily by adding SSDs or HDDs externally or internally.

As for the price, Chromebooks are cheaper than laptops and offer more value to money. On the other side, laptops are costly as they require a lot of components such as the processor, RAM, HDD, SSD, Motherboard, etc to work. However, this is also the reason why they are worth the money.

If you have a fixed budget that is anywhere around $400, then Chromebook is the go-to device for you. It will offer a way faster and smoother performance as compared to the laptop at the same price.

Which one is better overall: Chromebook or Laptop?

Overall, in the same range of price and specs, a Chromebook would beat a laptop on any given day. However, the answer to the question that “which one is better” depends on the user.

For example, the user is someone who only needs to perform basic tasks including web-based functions, and doesn’t have any issues relying completely on Android apps for complex processes, then the Chromebook will be fine. 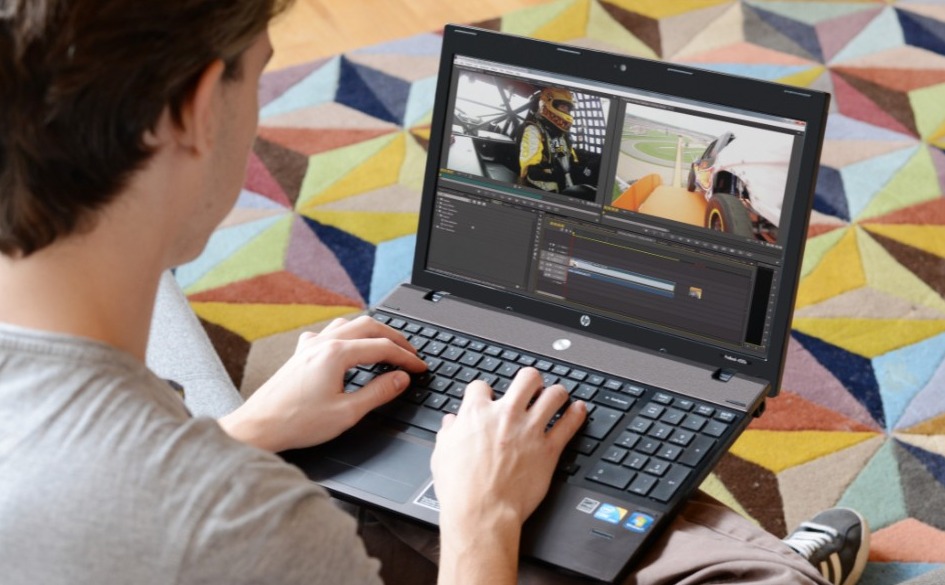 However, if the user wants to perform heavy computing tasks like video-editing, gaming, etc, then any Chromebook will be useless for him. He will need a suitable laptop with good specs.

Who should buy a Chromebook?

A Chromebook is the perfect computer that is easy to use, fast, and very affordable. It is very suitable for individuals in the education, and information industries. Chromebooks are also great for students, and researchers.

A large number of institutes in the US and the world have incorporated Chromebooks for the classroom as well as distance learning. They are known to save a lot of money and deliver exceptional performance. 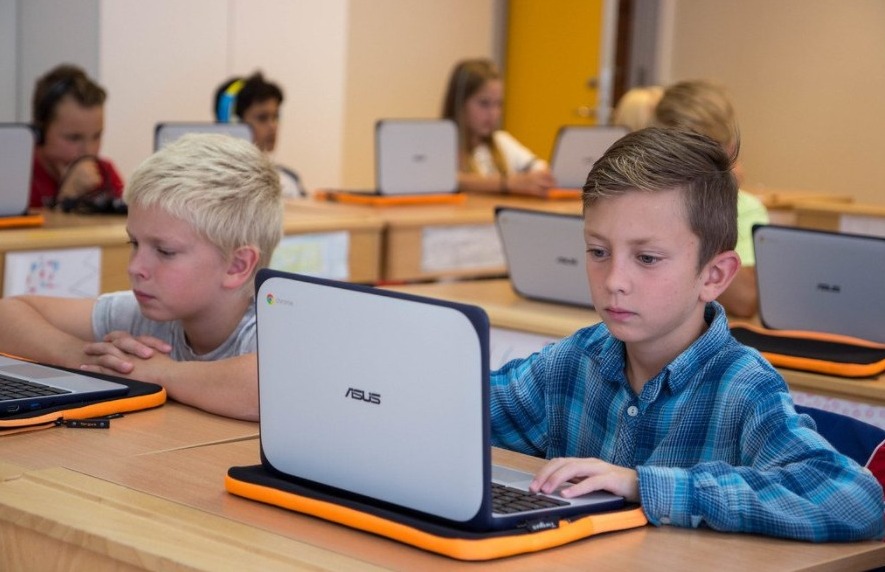 If you are someone who doesn’t want to do heavy processing and only wants a slim and portable computer for simple tasks, and web-based operations, then you can buy a Chromebook without any hesitation.

Who should buy a Laptop?

A laptop running Windows or Mac is much greater than any Chromebook but it costs more. Laptops are very flexible and dynamic. You can perform an infinite number of tasks on a laptop from simple to highly complex. You can also customize them according to your needs.

They are suitable for anyone, and everyone. However, you must have suitable specs for the tasks that you want to perform. If you have no concern about the budget or have a budget equal to or greater than $600, then you should buy a laptop.

Ultimately, it all comes down to what you have to do and how much you are willing to spend. Both Chromebooks and laptops are similar and different at the same time, just like us humans. Finding the right one is the key to satisfaction!