Apple has unveiled the M1 Ultra processor as the newest addition in its Silicon chip lineup at the Peek Performance event this Tuesday. The new Apple M1 Ultra will be coming with the newly launched Mac Studio this March. Check out everything about it here. 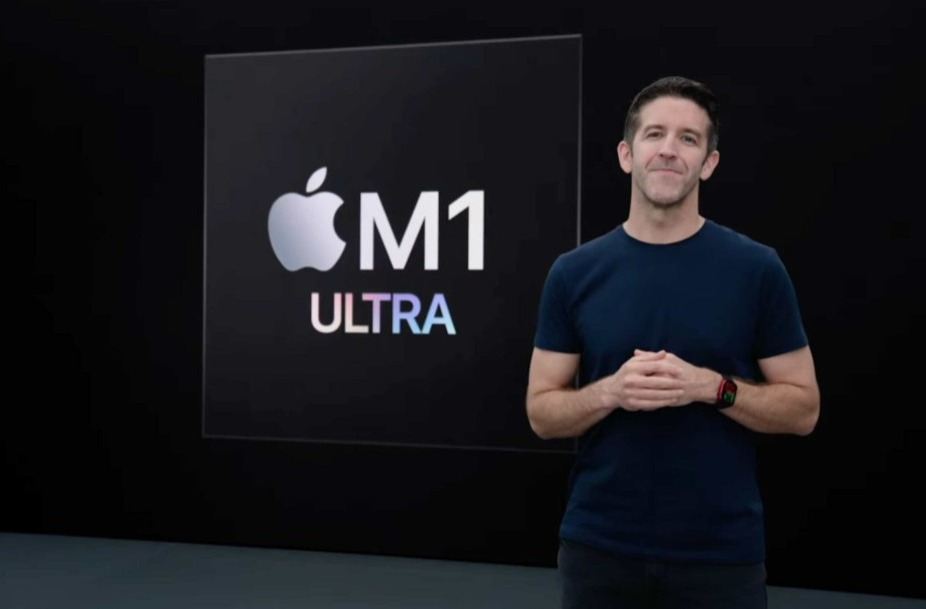 M1 Ultra is the strongest, fastest, and most powerful processor that Apple has ever created. It is created by combining two already-powerful M1 Max Chips using the revolutionary UltraFusion technology to bring the best performance on a personal computer.

The newly announced Apple M1 Ultra interconnects the die of two M1 Max chips to create a system on a chip (SoC) using the groundbreaking UltraFusion architecture. UltraFusion is Apple’s custom-built packaging architecture which uses a silicon interposer to connect the chips across more than 10,000 signals. 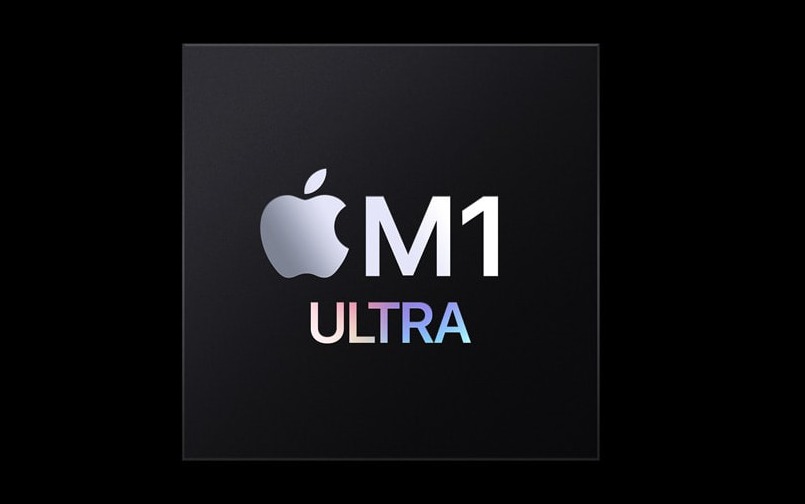 This provides massive 2.5TB/s of low latency and inter-process bandwidth which is 4 times more than the bandwidth of other top-tier multi-chip interconnect technologies. So, the M1 Ultra behaves and gets recognized by software as a single chip.

M1 Ultra also comes with a whopping 114 billion transistors, which is the most ever for a personal computer chip. There is a 20-core CPU, 64-core GPU, and 32-core Neural Engine to provide surprising performance for all sorts of tasks.

The Neural Engine in M1 Ultra is capable of running up to 22 trillion operations per second in order to complete the most complex machine learning tasks swiftly. The latest processor can also be configured with up to 128GB of high-bandwidth and low latency unified memory.

The new M1 Ultra will deliver spectacular computing power while maintaining the standard performance power watt. The magnificently powerful 20-core CPU has 16 high-performance cores and four high-efficiency cores. It allows the processor to deliver 90% higher multi-threaded performance with around 100 fewer watts than any other 16-core desktop CPU. 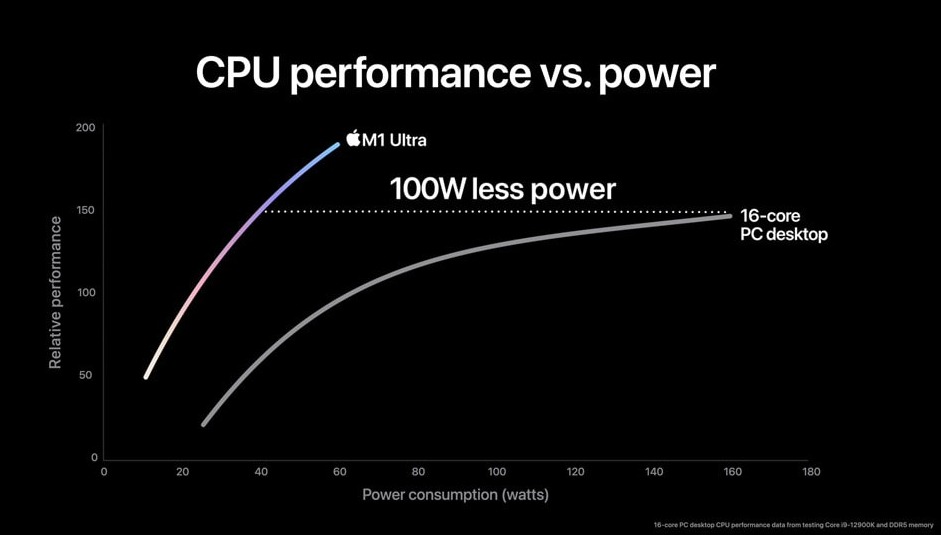 The stunning efficiency also means that the chip will consume less energy and fans will stay silent most of the time. The latest Apple Silicon will also be able to perform heavier operations smoothly.

There’s also a 64-core GPU, which is 8 times the size of M1, for the most graphics-intensive tasks. It is also capable of delivering faster and more powerful performance while using 200 fewer watts than its competitors. 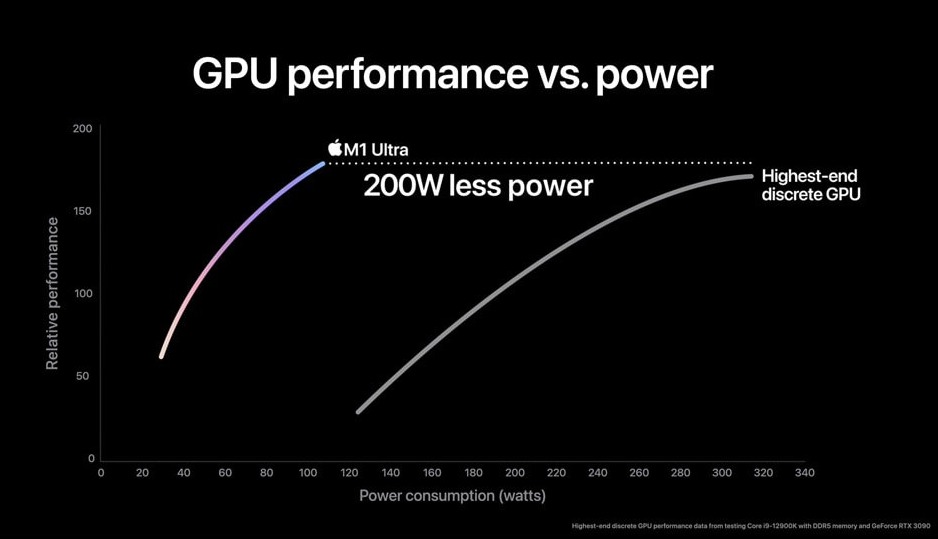 How Powerful is the new Apple M1 Ultra?

As stated, the new Apple M1 Ultra will allow users to work swiftly. The developers can compile code, artists can work in massive 3D environments that are otherwise impossible to render, and video professionals can transcode video to ProRes up to 5.6 times faster than the 28-core Mac Pro using Afterburner.

M1 Ultra's power is *amazing* because musicians can have a project with 1341368 tracks and 395 VST plugins, video editors can play 20 8K videos simultaneously, and developers can open an electron app

What is the Release date for Apple M1 Ultra?

The new Apple M1 Ultra will launch alongside the new Mac Studio. It is the latest evolution of the Mac Mini, which is also revealed at the Peek Performance event this Tuesday.

What is the Price for Apple Mac Studio Featuring M1 Ultra Chip? 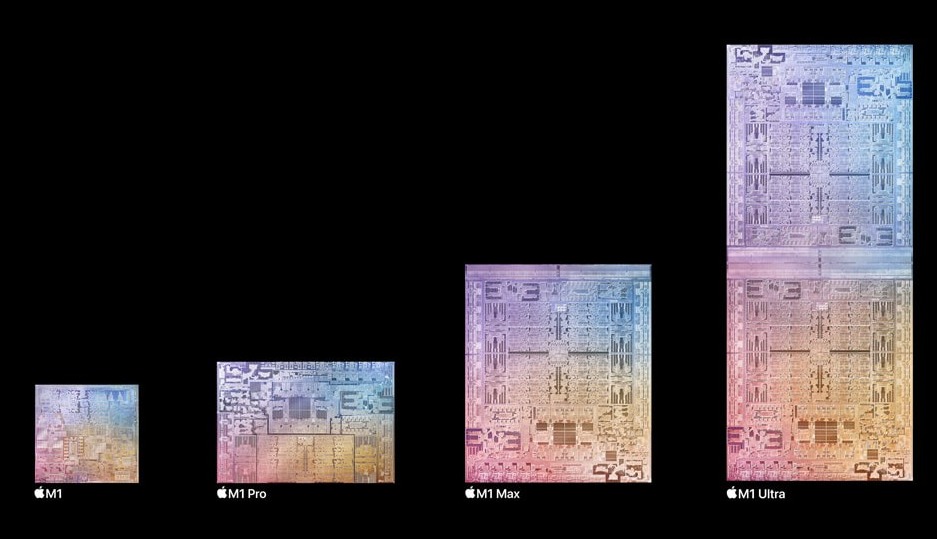 Apple surely knows the worth of its newest powerful yet efficient processor. It’ll be interesting to note if it ever features on a MacBook. And if it does, what will be its price. However, that is highly unlikely due to its size.

That’s all about Apple’s latest entry into the M1 Silicon lineup. Is it the last M1 family processor before the imminent arrival of M2? What do you think? Share your thoughts in the comments below.