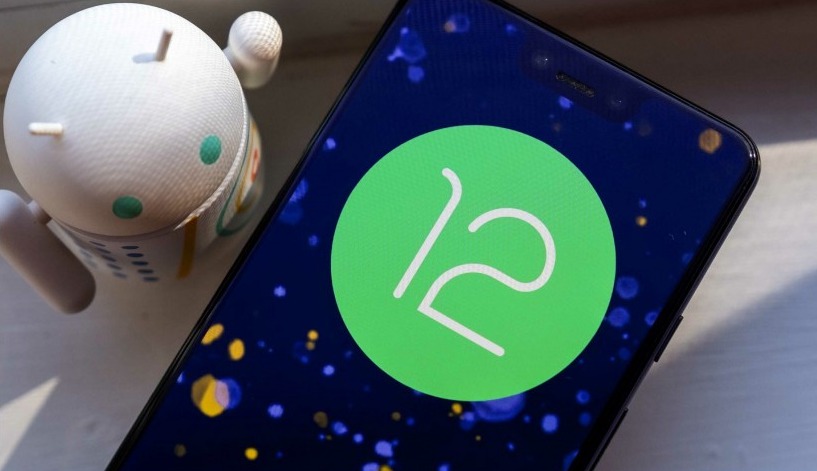 The announcement came via the official Google blog on December 14, 2021. The Android Go is a lightweight and stripped-down version of the Android operating system. It is designed and used for low-end and entry-level smartphones. Google introduced Go Edition back in 2017 for Android Oreo.

Since then, it has been powering over 200 million smartphones with 2 GB of RAM or less to access the best Android experience. Recently, Google unveiled Android 12 for the Pixel lineup. Now, they have announced the Go Edition of the latest Android OS version.

Check out everything about the Android 12 Go Edition here. Find out what new features Google has added, and what improvements it is going to bring to the table.

The announcement for Android 12 Go Edition came on December 14, 2021. The blog post unveiled a closer look at the Go Edition for Android 12 which is set to power low-end and ultra-budgeted smartphones. However, there were no mentions of the specific release date.

The only thing we know at this moment is that it is coming sometime in 2022. Google is set to have a digital attendance at CES 2022 in the first week of January. We can expect more details about the release of Android 12 Go during the event.

The release of Android 12 (Go Edition) will bring a faster, smarter, and more privacy-friendly experience to the economical smartphone class. There are plenty of new features and improvements that’ll help Android achieve that experience.

Google is also making sure that the phones become more accessible by improving features for multilingual users, and it is also introducing new ones while carefully thinking about the data costs.

The new Android 12 Go will allow apps to launch up to 30% faster and with smoother animation. Currently, apps lag a bit while launching on low-end devices but Android 12 will fix that, and they’ll open instantly.

Google is also introducing the SplashScreen API that helps all developers provide a seamless and swift experience when users launch the apps. So, no more blank screens.

Android 12 Go will automatically save battery life on your Android device. For that, it’ll hibernate apps that aren’t in use for extended periods of time. This drastically extends the battery life and it’ll stay up longer. 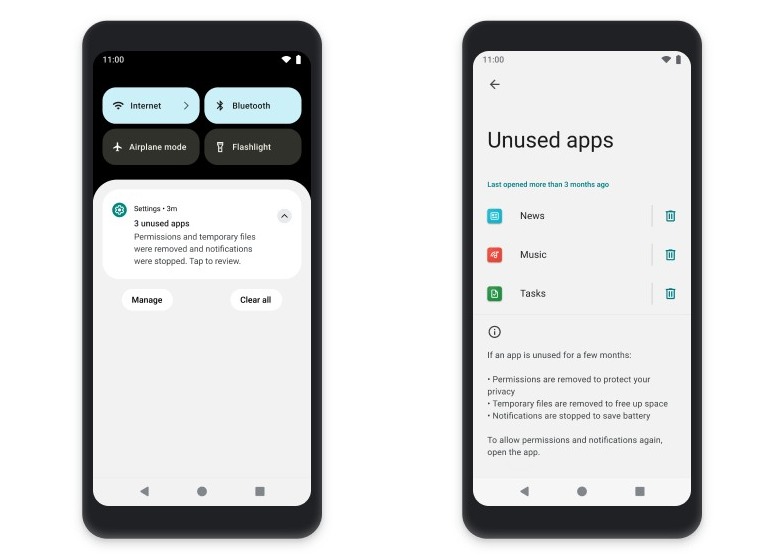 The app hibernation feature also helps to save storage, especially on devices with a very limited storage capacity. Google is also rolling out an updated Files Go app that will allow you to manage files without any hassle.

Files by #Google app get “Smart Storage” to automatically free up space on the phone https://t.co/PBhrCETASY #FilesByGoogle pic.twitter.com/22Zm3fjOwO

Files Go will also allow you to recover files within 30 days after you delete them. This way, you can delete any file without worrying about permanently losing it.

One of the most critical improvements in Android 12 Go is privacy control. It will provide more transparency around apps that are accessing your data, and more controls to determine how much private information your apps have access to.

Google is introducing a new privacy dashboard to do that. You can see a snapshot of which apps are accessing specific types of sensitive data. You can also revoke permissions from there if you wish. 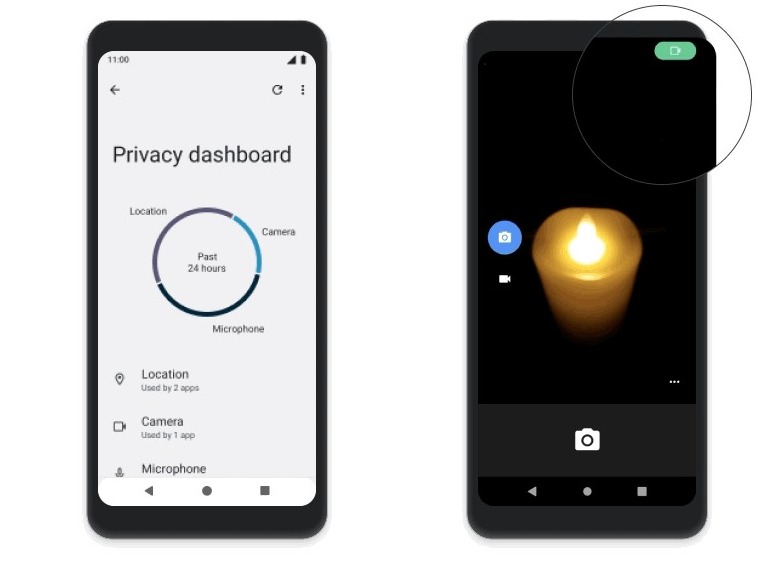 Additionally, a new privacy indicator on your status bar will tell you when your apps are accessing particularly accessing your mic or camera. You can also restrict apps to seeing only your approximate location instead of a precise one.

Data charges are costly and downloading apps often put additional ones too. However, apps are an integral part and you can’t miss them either. To solve this issue, Android 12 Go has made it easier to share apps between devices. You can directly share apps with nearby devices using Nearby Share and Google Play. 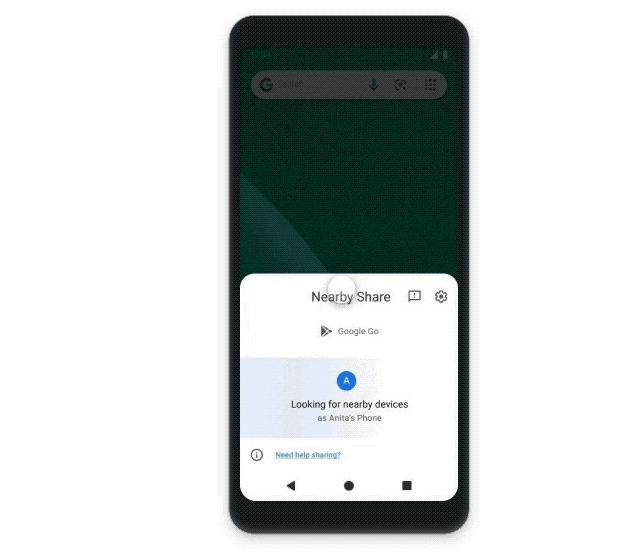 With Android 12 Go, you can share your device with your friends, family, or anyone else without worrying about your privacy. Your device will feature a simplified guest user experience by making profiles available directly on the lock screen.

You can easily switch to a guest profile by handing over your device to someone else. When you get it back, just reset it once.

The new Android 12 Go will also make understanding the content present on your screen easier. You can navigate to your recent apps screen to find two new features- Listen and Translate.

Tapping on Listen will allow you to listen to the news while tapping on Translate will help you to translate any content available on the screen to your preferred language. 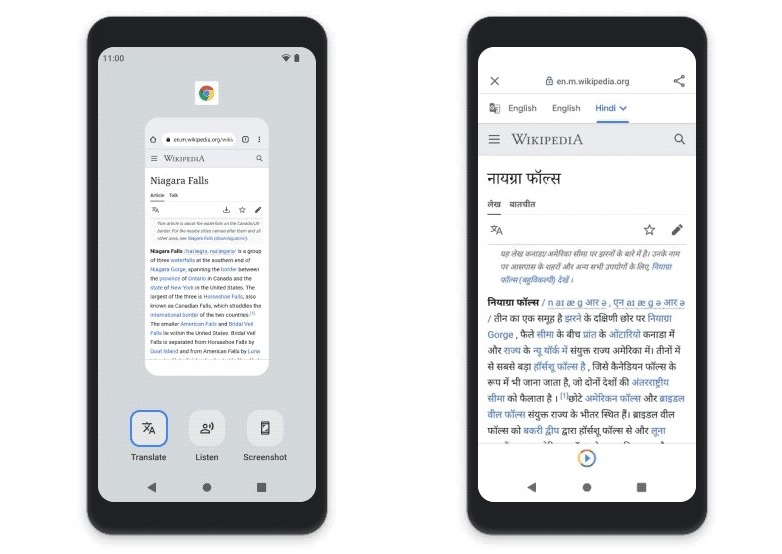 These are all the new features, improvements, and innovations that Android 12 (Go Edition) will bring. It is definitely going to make using affordable phones a smooth and worry-free task.

Don’t forget to share your opinions about the latest Go edition of Android in the comments below.