Ambient Mode on YouTube: How to Enable it on Android and iOS?

YouTube is getting a makeover! The world’s largest video-sharing platform is rolling out a host of new features and design elements for its users. The Google-owned company announced the update on October 24, which includes some exciting features, including zoom in and out and precision seek.

However, the new element that is making the most noise is Ambient Mode, which will change the background color of the app in sync with the video being played in real time. But what exactly is the Ambient Mode feature, and how to use it on Android and iOS? Read on to find out. 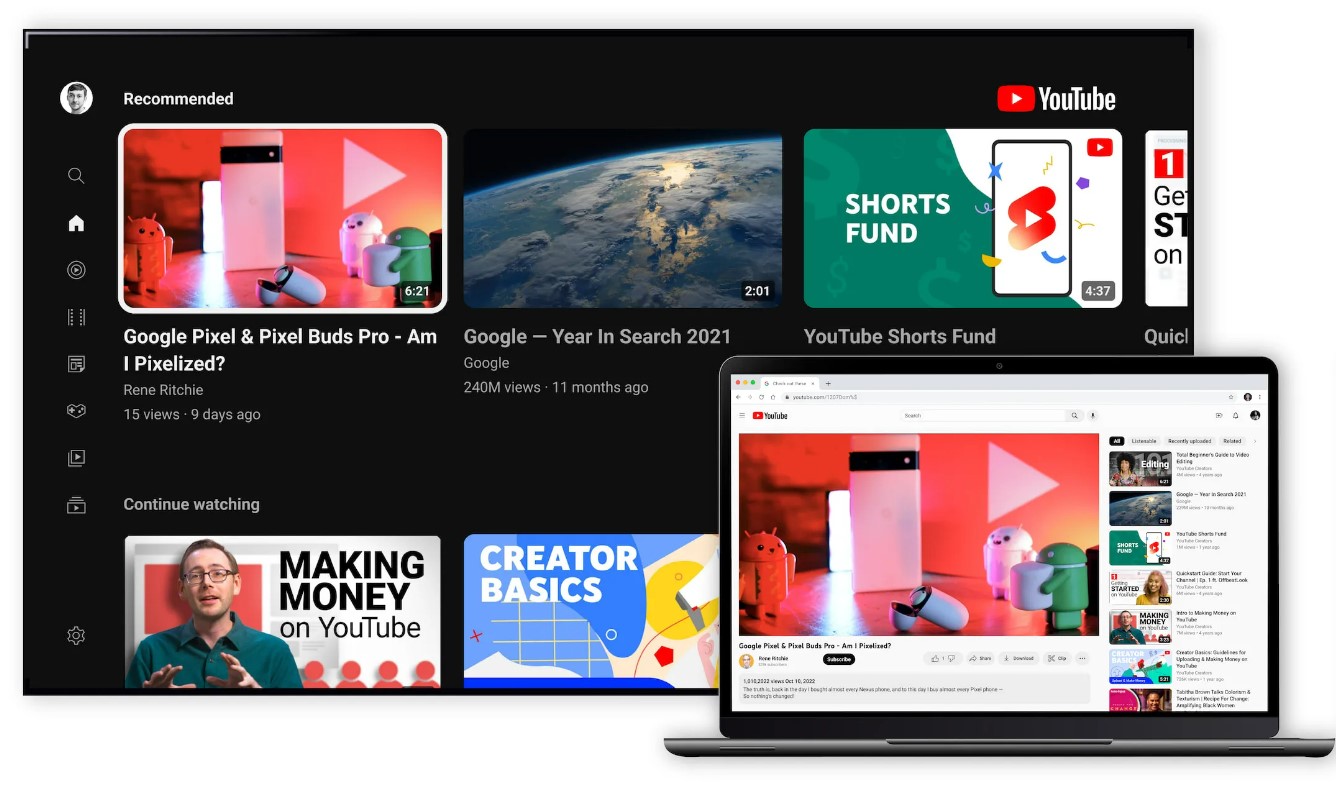 The Ambient Mode will cast the ongoing video’s colors on the app or website’s background. The mode uses a lighting effect that matches the colors of the video with the background, giving out a more immersive effect.

The feature is being made available on both Android and iOS and on both the app and the website, but it will only work in Dark mode. So users have to switch to YouTube’s dark theme to turn the feature on.

“Using dynamic color sampling, ambient mode introduces a subtle effect so the app background color adapts to match the video. We were inspired by the light that screens cast out in a darkened room and wanted to recreate the effect, so viewers were drawn right into the content, and the video takes an even greater focus on our watch page,” YouTube said in a statement. 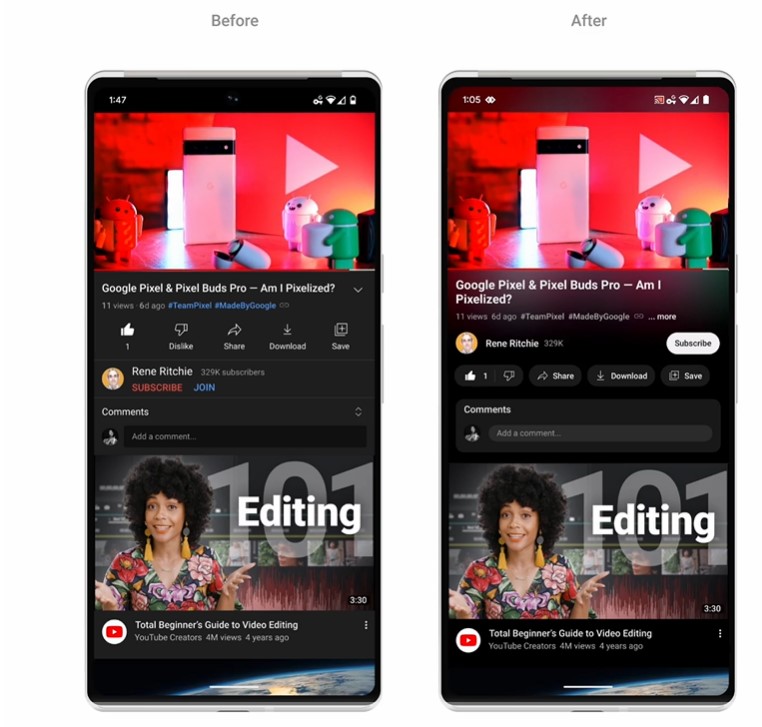 How to Enable and Disable the Ambient Mode?

To turn on the Ambient on Android or iOS, the process is quite simple. You just have to go to your YouTube account and click on your profile picture. Then click on Appearance and select ‘Dark theme’.

Once the dark theme is selected, the Ambient Mode automatically gets enabled. To disable the mode, go to settings and tap on Ambience Mode. You can toggle to turn off the feature for all videos.

Meanwhile, YouTube has said that the feature was tested on a number of users and received overwhelmingly positive responses. “We wanted to add vibrancy to our apps without detracting from viewers’ habits, whether that’s enjoying their recommended videos or browsing for new content,” said the platform. 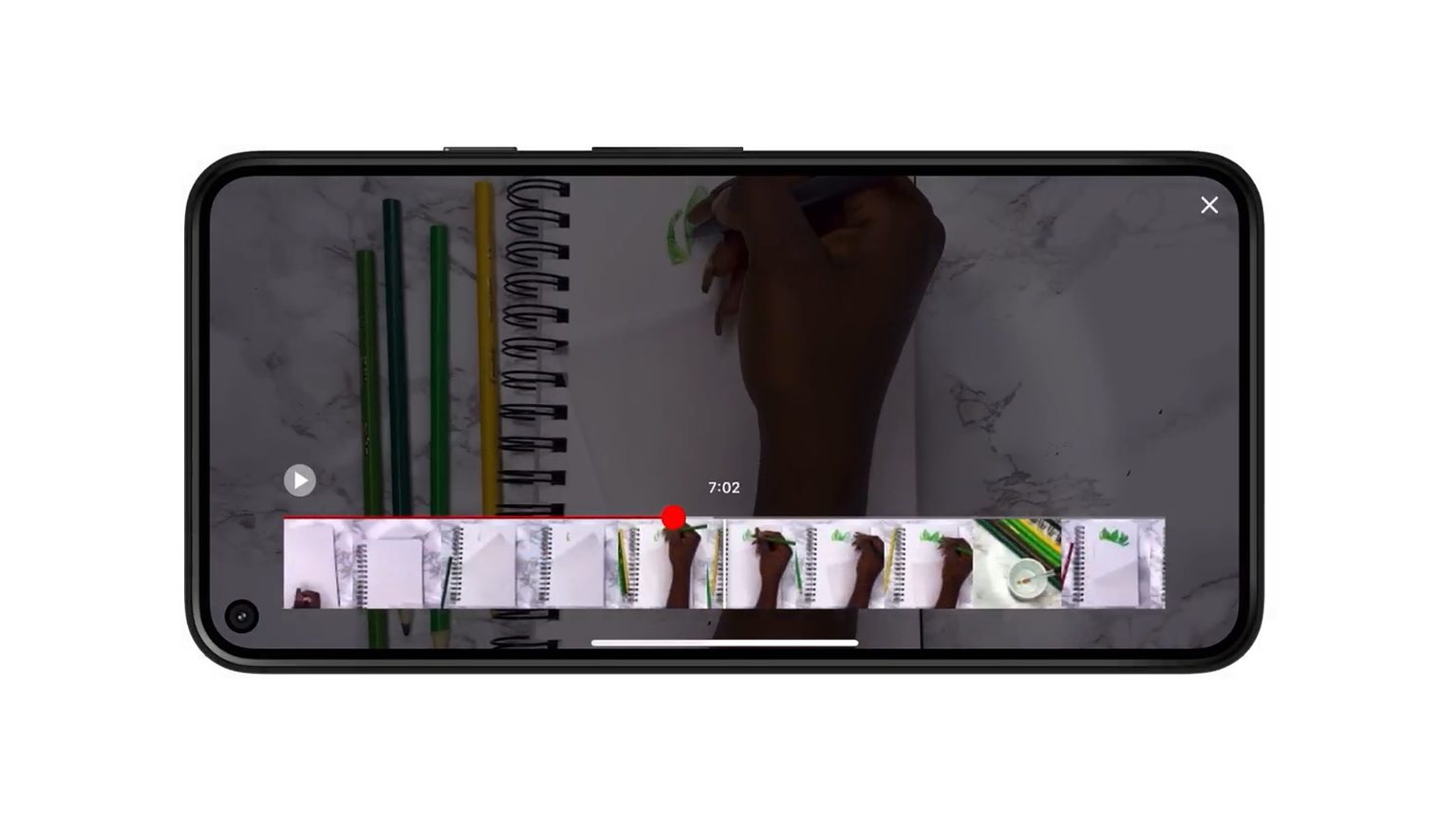 The new update will have a cleaner layout with a new design of the ‘Subscribe’ button. The button, which has long supported a white and red look, is now being replaced with black text over a pill-shaped button. YouTube has said that the new design will make the button more accessible to users.

There is also a pinch-to-zoom feature being added, which was made available to Premium users earlier. The long-awaited feature will enable you to easily zoom in and zoom out of the videos. YouTube has also announced that the dark theme is going to be even darker now.

Another function being added is ‘precise seeking,’ which enables viewers to quickly locate a certain part of the video by dragging or swiping up on the video to see a row of thumbnails. The feature will be available on both the website and the app.

Jashan
I am someone who follows Celebs and Pop Culture. You will see me covering News articles every day with my touch of creativity and style.
RELATED ARTICLES
Technology