Wrestlemania 38 Night 1 is here, well the first night of it nevertheless and it was a show with some pretty memorable matches and some not-so-good moments. 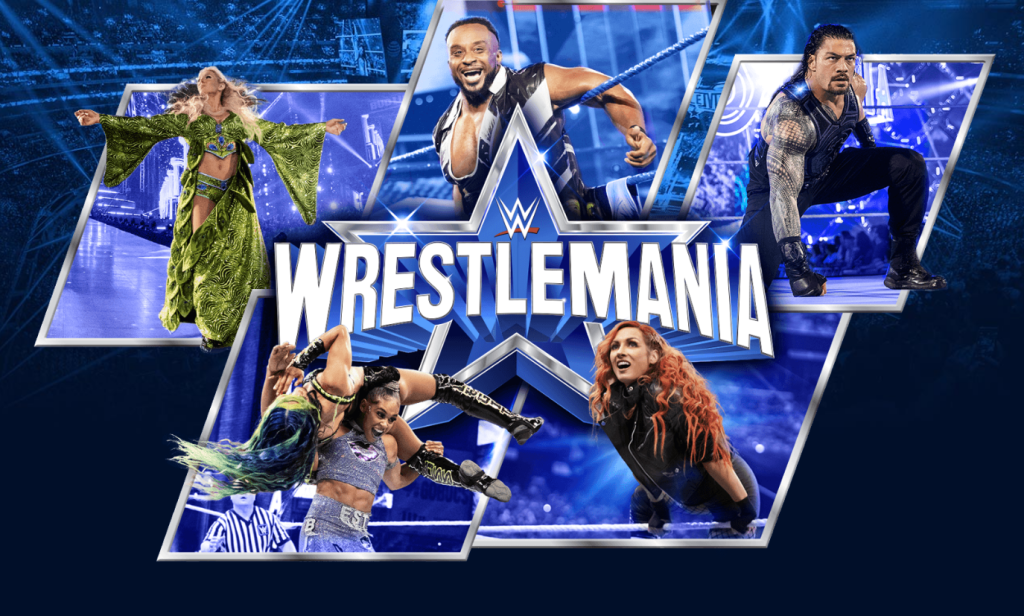 We are here to run down all the things that happened in this year’s stupendous Wrestlemania 38 Night 1.

Well as always this year’s Wrestlemania started with America The Beautiful by Texas’ own Brantley Gilbert as well as a performance from The Dallas Cowboy Cheerleader group which was magnificent.

The #WrestleMania atmosphere is ELECTRIC with the @dallascowboys cheerleaders! 🤩 pic.twitter.com/nhcyrkqBTT

After these initial ceremonies to hype up the crowd for the Superball of professional wrestling, we got our first match.

The Usos Vs Shinsuke Nakamura and Rick Boogs

The choice to start Wrestlemania 38 with the Smackdown Tag Team Championships was a confusing choice when you have Becky Lynch, Bianca Belair, Charlotte Flair and Ronda Rousey not opening or closing the match.

The match wasn’t spectacular to see but it wasn’t a bad display of the athletes involved either. With Boogs having a knee injury and leaving Shinsuke alone, it was only a matter of time before the Usos knocked over and retained their titles.

The Usos retain the Smackdown Tag Team Championship by pinfall 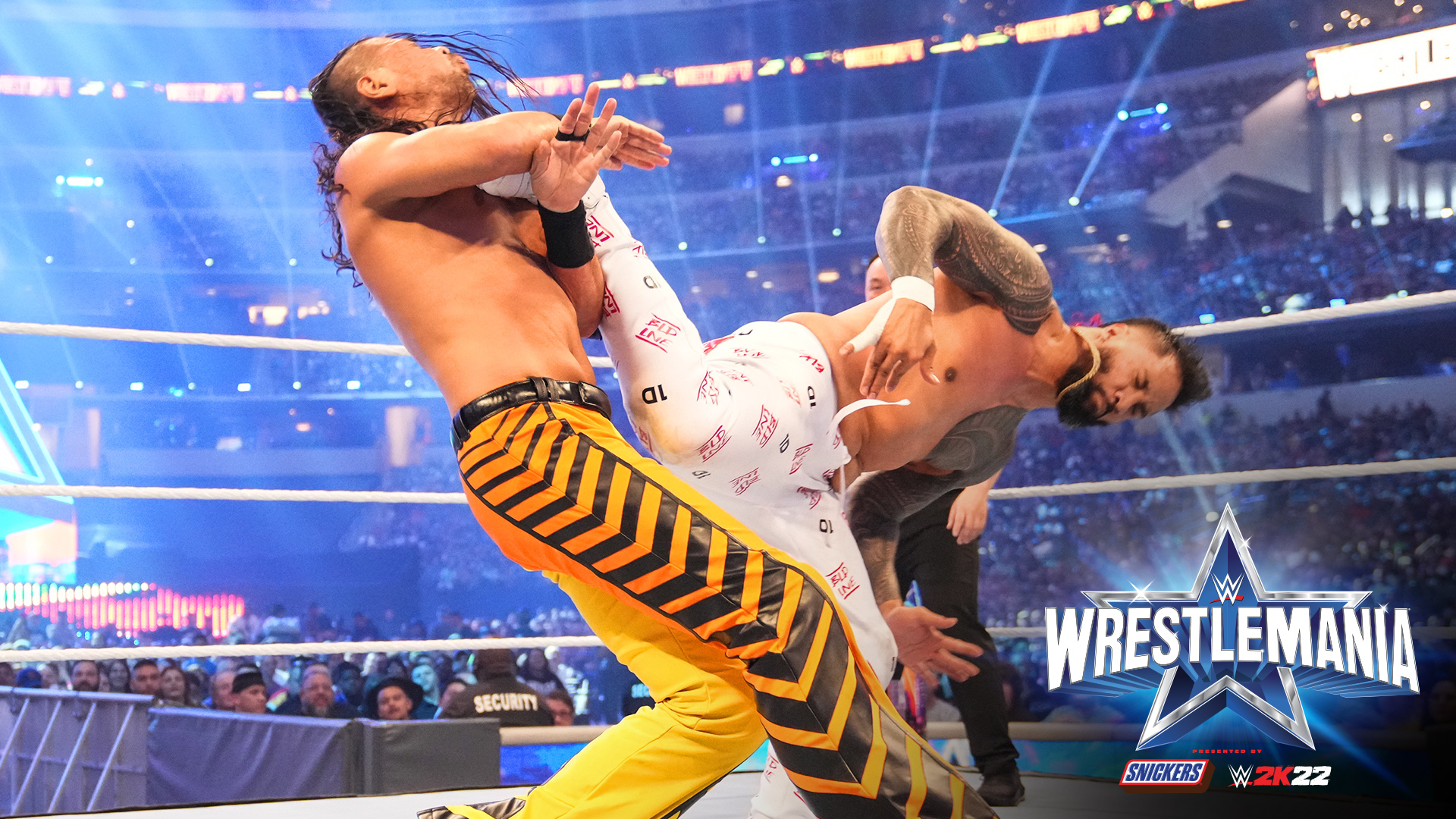 After this, we got a package about the Knoxville and Sami Zayn feud that has been cooking up since the Royal Rumble before this year, which we will get on Night 2.

This is a mild display of effort from these two individuals, especially on Wrestlemania. Drew and Baron gave their best to their efforts with this match as well as the storyline they were given.

A long drawn feud, which did not deserve such a long drawn brawl on the greatest stage of them all, the only good thing is that WWE is over this feud once and for all.

Another #WrestleMania moment for @DMcIntyreWWE with a huge win over Happy @BaronCorbinWWE! pic.twitter.com/zKSaMMxDPf

Drew McIntyre wins by the way of pinfall. 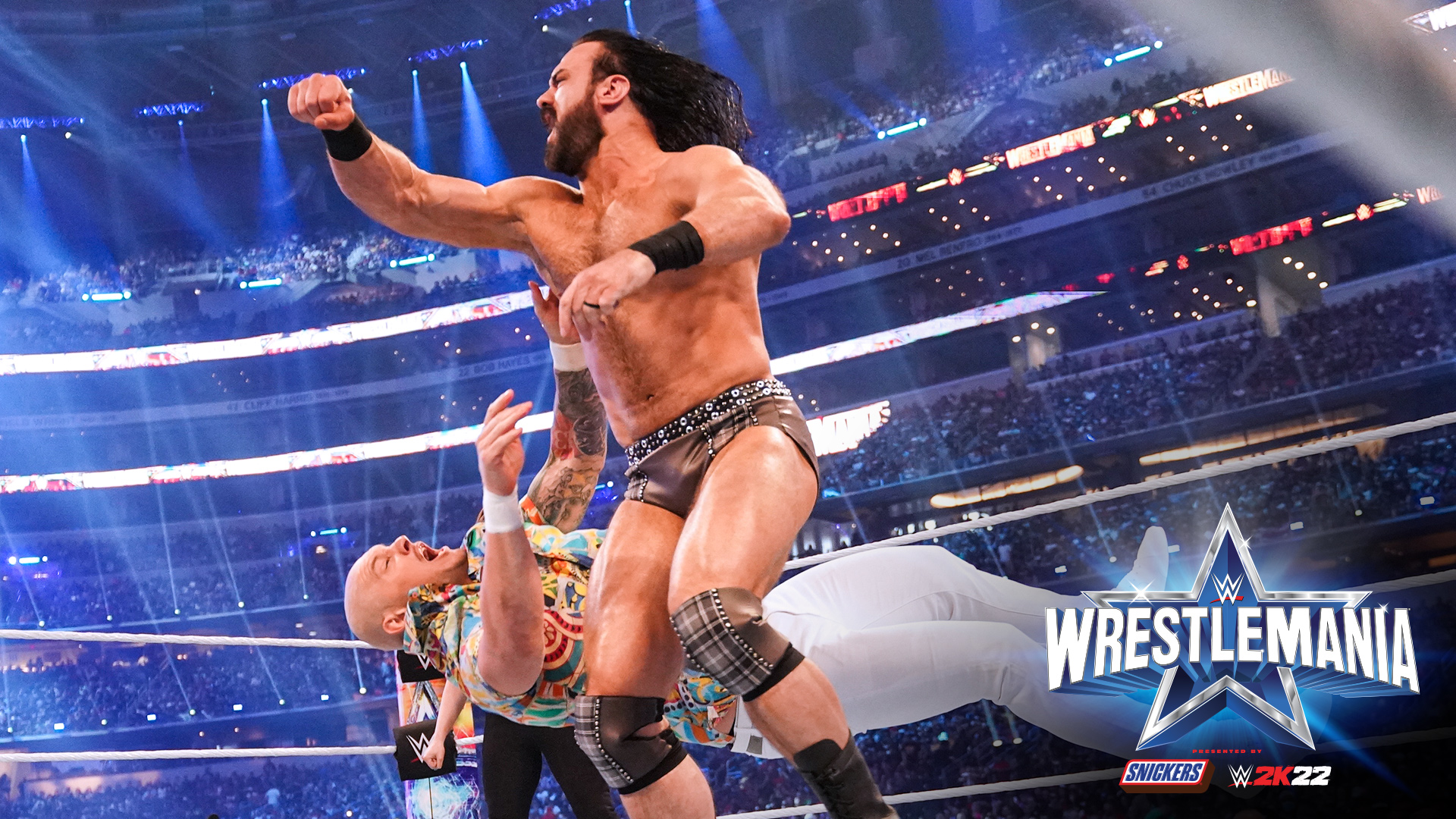 The Miz and Logan Paul Vs The Mysterios

This time was a total steal by Logan Paul and it seems like we are not done with him yet as at the end of the match Miz turns on him after they win after pinning Rey Mysterio.

The Miz and Logan Paul win by the way of a pinfall on Rey Mysterio. 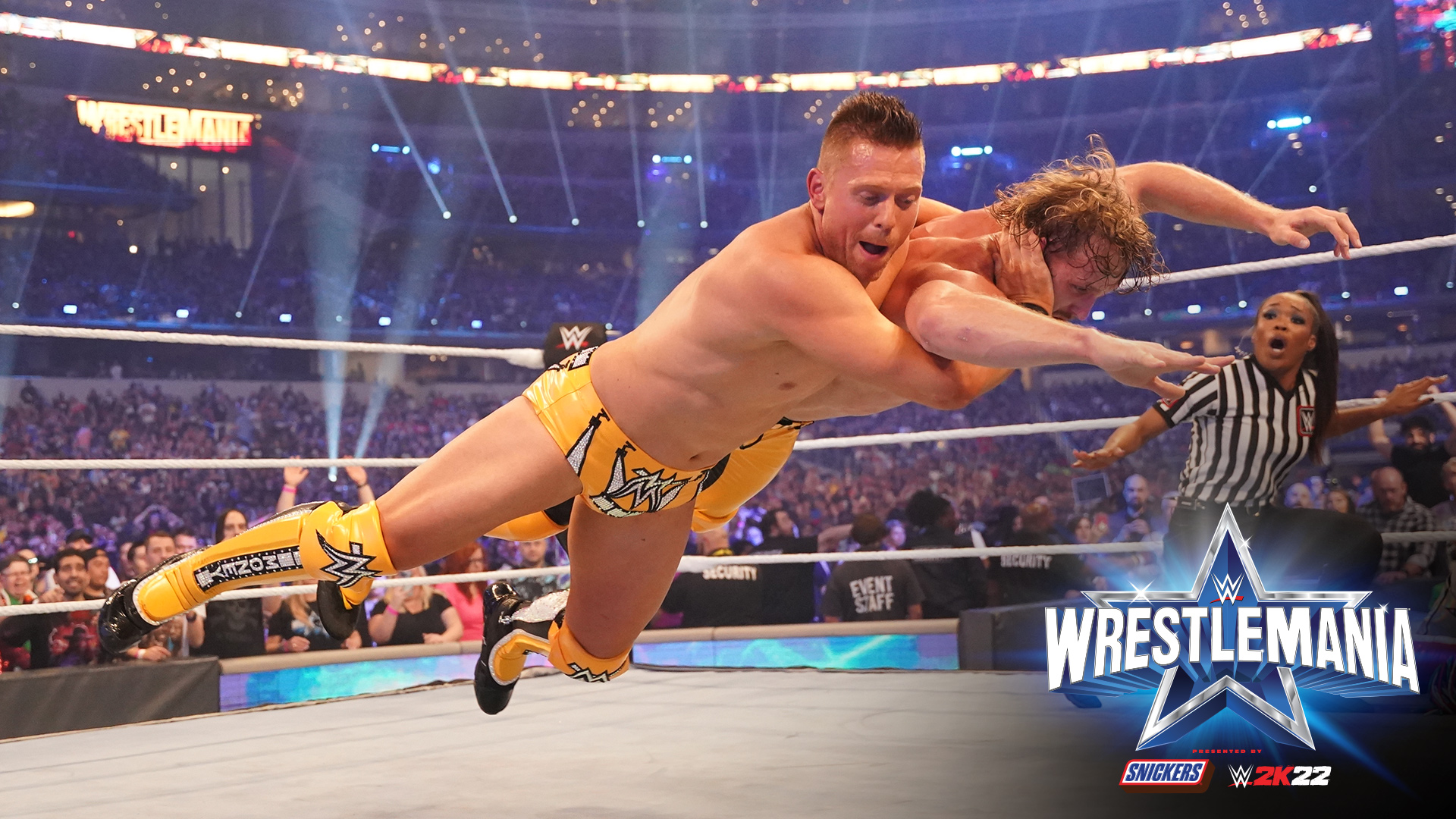 After the match, we get a package for another match from the Night 2 match card and this time it is what is going to be a legendary match between Edge and AJ Styles.

The package ends and we find Stephanie McMahon arriving to give a victory lap to the biggest signing by WWE in a long time, Gable Steveson.

Another great classic by Bianca Belair after last year’s Night 1 main event. This was a 20 min brawl of pure adrenaline and enthusiasm.

Every moment from The Manhandle Slam on the steel steps to Belair’s fake count out and the perfect ending to the revenge of Bianca Belair to reclaiming her championship.

This was the first match that kept me watching the first night of Wrestlemania 38 and I’m glad I stayed because this is where it starts to get good. 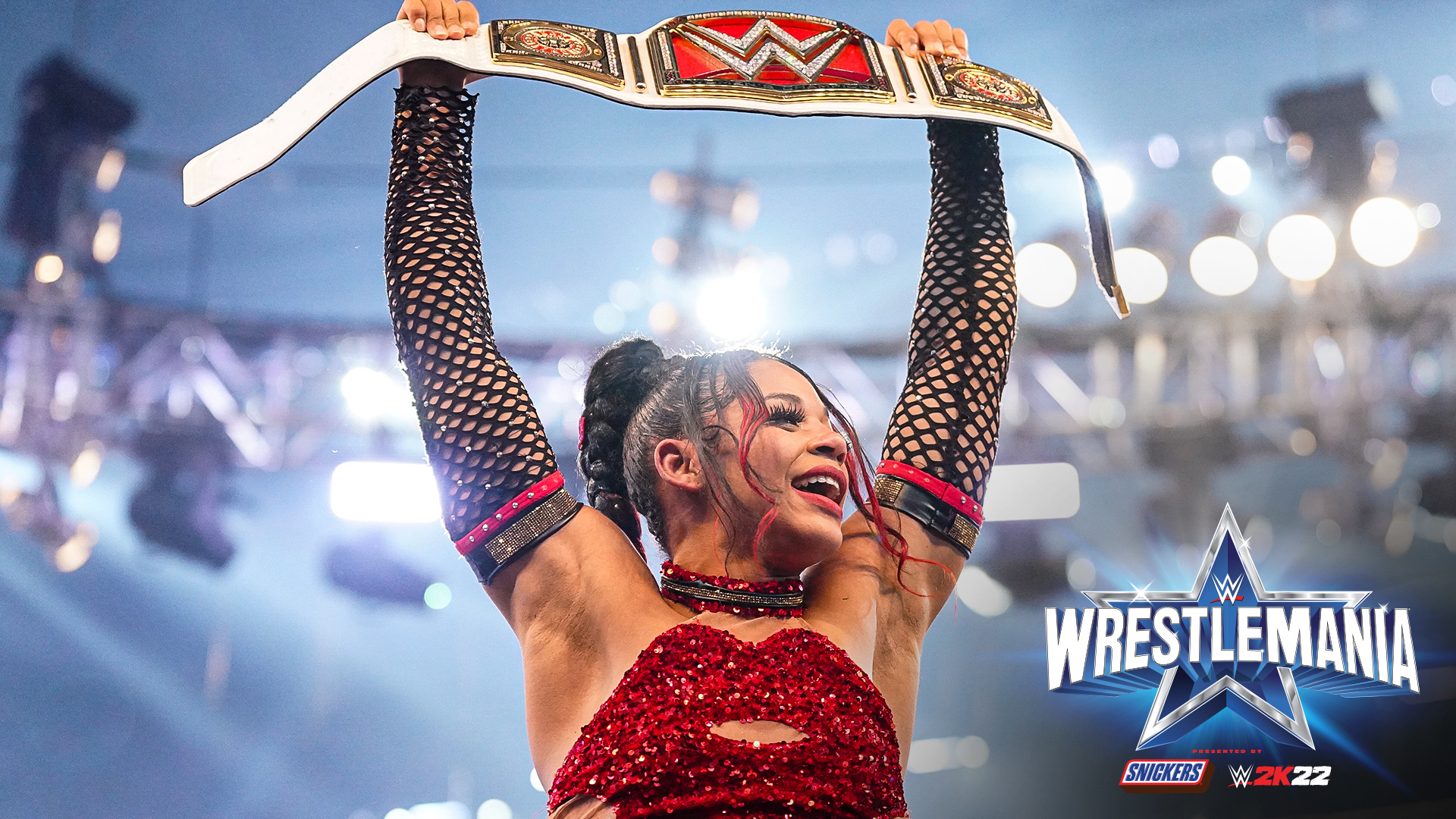 And who else would it be, but the American Nightmare Cody Rhodes. This was a great opportunity for the son of the American Dream going one on one against the first star that Dusty Rhodes’ NXT brand shined.

The star of @CodyRhodes is shining bright at #WrestleMania! pic.twitter.com/u1AUuPIlVo

This was a technician’s spectacular and nothing less, with two of the greatest modern wrestlers on the biggest stage of the pro-wrestling world, you only get pure gold as a result.

The tide has turned in the favor of @WWERollins!@CodyRhodes #WrestleMania pic.twitter.com/yeaqlxOqdv

And after a 30 min battle and four Cross Rhodes, Cody Rhodes wins his 6-year return at WWE and Wrestlemania.

Cody Rhodes wins by the way of a pinfall 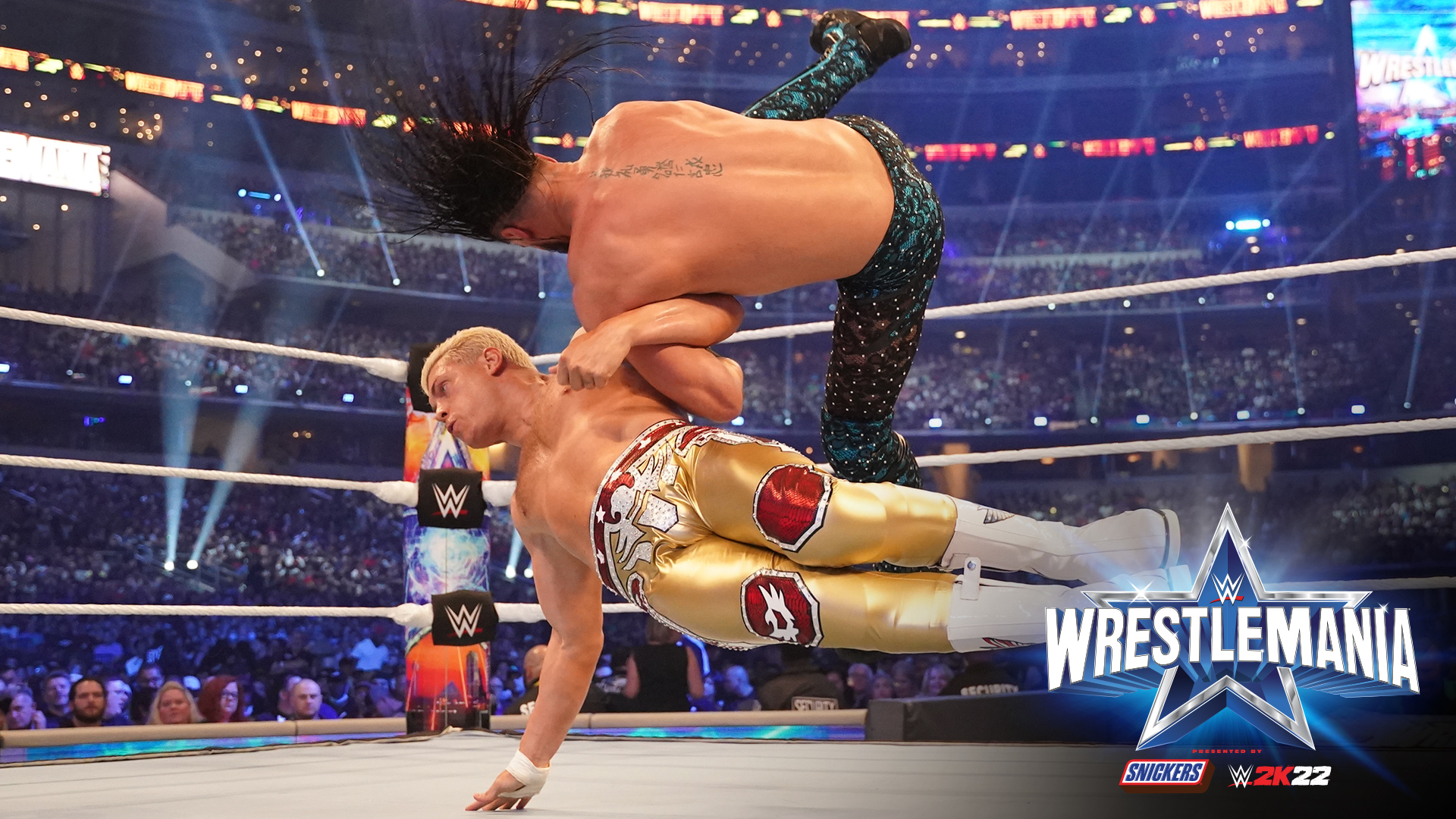 After the match, we get a recap of last night’s Hall of Fame event and an appearance from the legend and Hall of Famer, Undertaker. We also get a package for the match between Austin Theory and Pat McAfee for Night 2 of Wrestlemania 38.

#ThankYouTaker@undertaker returns to #WrestleMania as a WWE Hall of Famer! pic.twitter.com/rztGWfeGKY

Another great match, continuing the momentum that has been going on since the first women’s match of the night.

Rousey and Flair go hard in the early beginnings of the match, with Ronda countering each of Charlotte’s moves but then the match gets more grounded.

Though the result of the match is very controversial as WWE does a similar thing with every championship that they have, the effort and charisma that both the women showed here were near perfection. 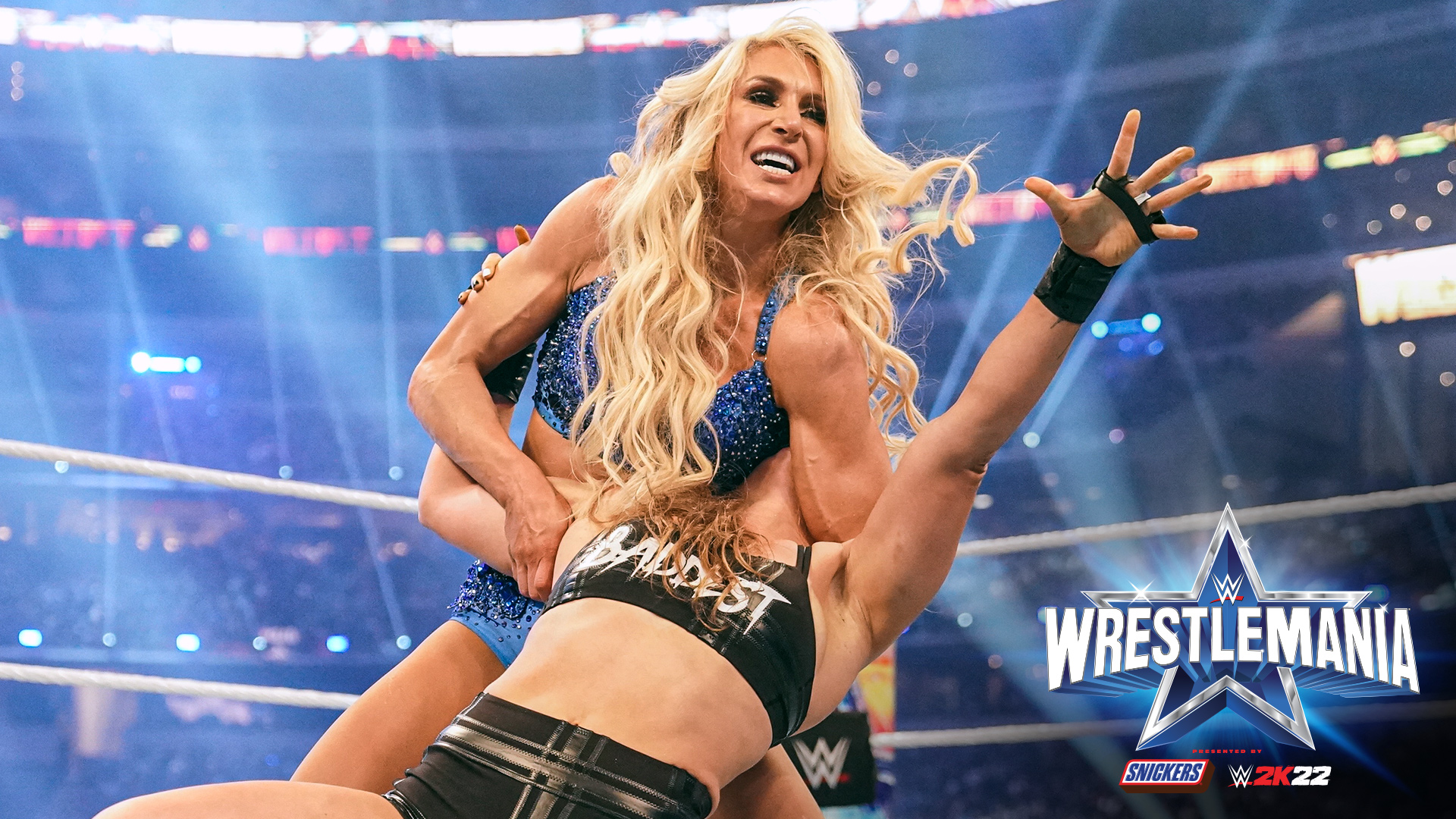 Wrestlemania Edition of the KO Show

The main event of the Night 1 was the talk show of Kevin Owens with the guest that every Texas wrestling fan knows by heart, Stone Cold Steve Austin.

It's an energy like no other right now at #WrestleMania for the #KOShow!@FightOwensFight pic.twitter.com/O0kcf9UHz9

While this was always going to be the biggest pop of the night when Stone Cold arrived on the scene but the crowd went nuts when the theme music hit and out came Steve Austin.

And when he came out, all was ready for Steve Austin’s eventual return to pro wrestling after 19 years in a No Holds Barred match.

There were a lot of beer cans and guard railings involved in this match. The two started in the ring then went into the crowd and set fire to the whole event with this match.

Then they rode the ATV that Austin brought and fought at the entrance ramp of the show. And after coming back to the ring and the infamous Stone Cold Stunner. The show ended with Stone Cold at the top, in his hometown chugging bears.

Stone Cold wins by the way of a pinfall 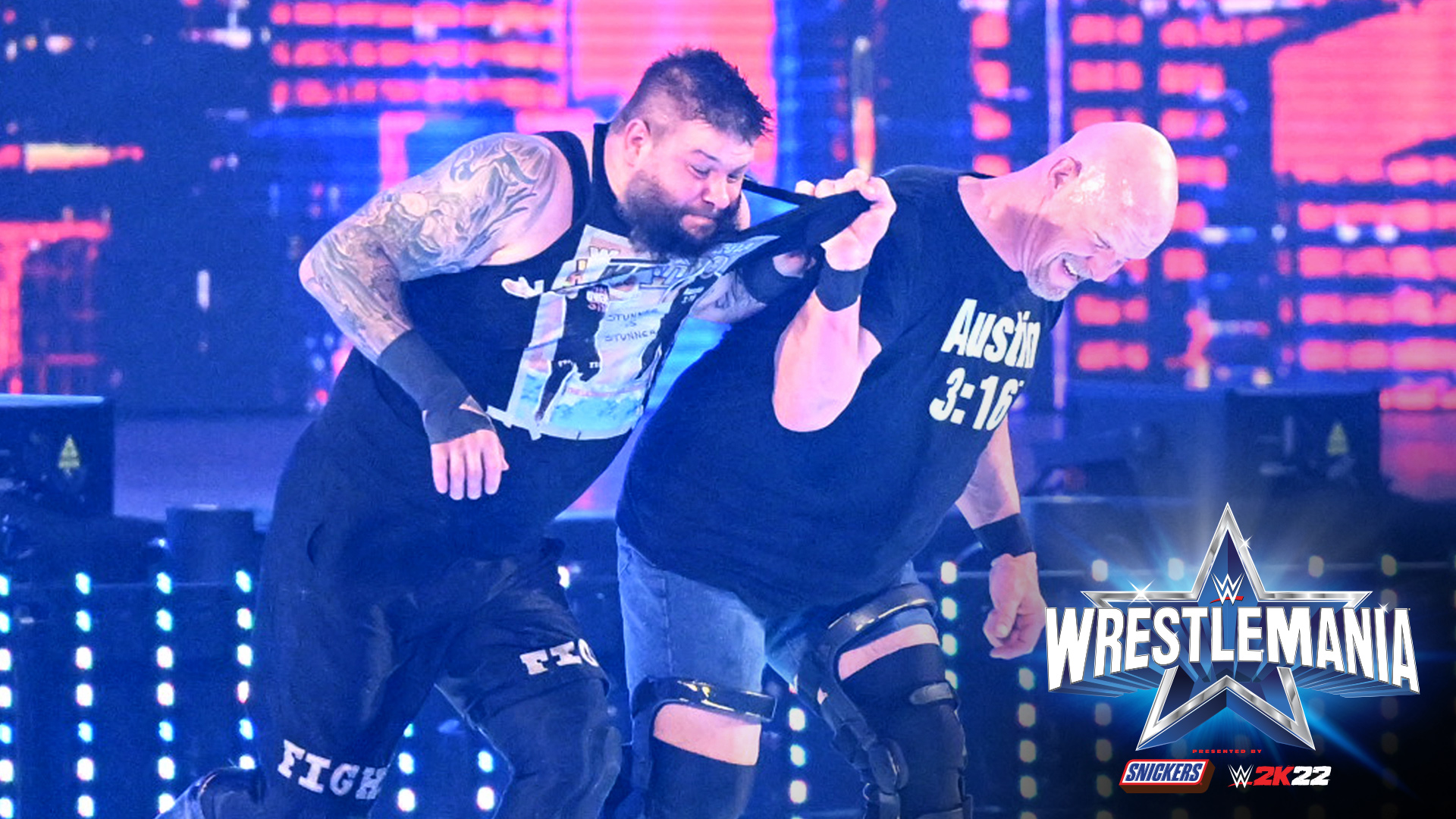 Though this year’s Night 1 of Wrestlemania was a lot better than the last two years’ audience-less shows, the only reason it was this electrifying was because of the fans that made every word and every moment way bigger than it was.

Some of the best matches of Wrestlemania were recorded in this year’s event, from Becky Lynch and Bianca Belair’s epic 20 min brawl telling a story of comeuppance. As well as a wrestler’s study material with the instant classic of Cody Rhodes and Seth Rollins.

And Wrestlemania 38 Night 1 wasn’t shy of the iconic moments, from Stone Cold Steve Austin’s return to wrestling after 19 years to Logan Paul’s amazing performance with the Miz and the Mysterios, this was a really good show but let’s hope Wrestlemania Night 2 can shatter more expectations which we will cover only on The Teal Mango.