We Find out If AEW is better than WWE or Not

For as long we can remember there has been one major franchise that has dominated the Wrestling world and its name is World Wrestling Entertainment, or as we all know it “WWE”.

WWE RAW and SMACKDOWN were the two major shows that drew a younger audience in. However, now there is some competition emerging for the franchise. AEW aka All Elite Wrestling is looking to make their name in the wrestling segment.

Let’s break down the war between WWE and AEW 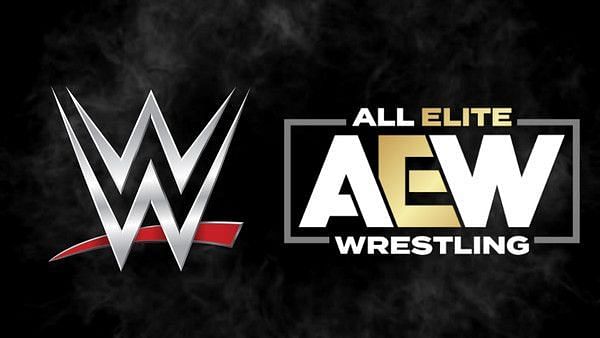 AEW had their first big event with CM Punk winning in the showdown against Darby Allin. This was CM Punk’s first appearance in over seven years and fans were extremely excited about seeing the GTS after so long.

With other key names like Daniel Bryan and The Sting the AEW certainly have announced their presence, but will they be able to maintain that level of viewership to compete with WWE remains a doubt.

To get a better view of both franchises let’s look at some areas where we can identify differences in their operating styles.

Since the very beginning, WWE has been more restrictive in terms of in-ring dynamics as well as promotion that is being done to engage the viewers. A lot of wrestlers weren’t allowed to push certain things which they wanted to try.

Even if you talk in terms of promos there are lots of cuts and scripting which go into the videos for WWE. AEW on the other hand offers more freedom to their stars in maintaining the authenticity of their character which makes it more attractive for the fans.

WWE has been in the industry for quite some time now and their target from the beginning has been maintaining their PG Rating. AEW on the other hand is focusing a lot more on the 18-40 age group.

Former WWE star Kurt Angle also recommended the same course of action. He believes that in WWE there is a lot of pressure from the owners for keeping the content PG-Rated.

He believes that the real opportunity here is to engage the young adults instead of younger kids. That is one thing that WWE is missing on and AEW plans on using the same operational model but for targeting a different age group of viewers.

Vince McMahon over the years has set a general standard of built for his Champions. He prefers someone with a strong built why is why when someone like AJ Styles or CM Punk becomes the Champions it excited the public the most.

WWE is called the “Land of Giants” whereas the average AEW World Champions stands at around 6’0 feet. However, it wouldn’t be fair to say that AEW is leaning towards smaller guys as they too are looking to add depth with the additions of Jake Hager, Lance Archer, and Wardlow.

Whether it be Wrestling or any other industry the relationship of key individuals with their management is of utmost importance. In WWE wrestlers aren’t on the best of terms with the management as Vince McMahon has always kept an authoritative style of leadership in the company.

On the other hand with AEW’s Tony Khan signed CM Punk, Daniel Bryan, and Adam Cole based on handshakes and conversations. Tony Khan corroborated the rumors with his statement on CM Punk’s arrival.

“I think you’ve all heard the story, which is true, that Punk didn’t sign anything until that night. But we had a handshake and I trusted him. It’s the same thing with Bryan. I think Bryan just signed. I trusted him.”

This shows that AEW is willing to build a new atmosphere where the Wrestlers feel empowered.

5) Main Events and Viewer base

To compare AEW with WWE in terms of viewer base wouldn’t be fair because they have been in the market for just 3 years while WWE has been around for the last 68 years. However, AEW is penetrating reach among the 18-40 age group and has even beat WWE in the recent few months.

However, in terms of Diversity WWE has a much broader range of Events under their Umbrella. The best part about WWE is how interesting some of their events are like the Royal Rumble, the Elimination Chamber and how can you even forget Wrestle mania.

It will take a lot of time for AEW to reach that level. Another concern is the representation of women in AEW and that be a key point for the organization in their diversification efforts.

Overall you could say that it would be better for AEW to keep growing in Wrestling rather than focusing on Entertainment as WWE does. They shouldn’t have a negative approach towards their competition like Impact did towards WWE.

If you look at it logically AEW’s presence helps in improving the competition in the industry because it was completely being dominated and even the Wrestlers felt as if their hands were tied.

But now they have an alternative as they follow in the footsteps of CM Punk and Daniel Bryan by switching over to the AEW. To stand toe to toe with the World’s largest is a tough task but AEW has managed to make a good first impression.

This ongoing competition between the two will lead to very exciting times for the fans. With AEW looking to steal the show, there will be more pressure on WWE to up their game and come up with some dazzling content for the fans.

If they fail to do say we might see the starting of another WCW type organization in form of AEW. However, the focus for AEW should be on maintaining their identity, keep pushing local talent, and capturing more market share in terms of viewership.