The United States Women’s National Soccer Team has finally secured equal pay after years of fighting its federation for just and fair pay.

So it’s official that every man and woman in the U.S Soccer national team will be receiving equal pay. 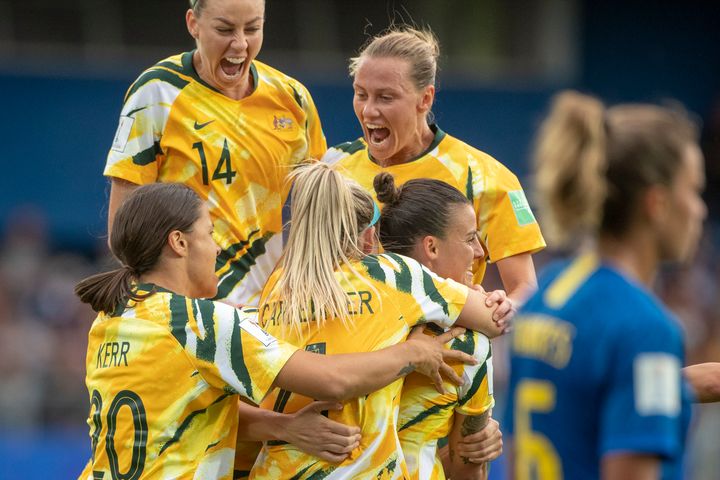 The Reveal of this Historic Deal

Today revealed the historic deal’s news exclusively on Wednesday announcing that the athletic organisation will mark its name by becoming the first-ever such organisation which will divide its World Cup prize money.

“It’s the equalization of World Cup prize money, identical financial terms, including identical game payments, identical revenue sharing for both teams, so identical in every aspect on that front,” the U.S Soccer President Cindy Parlow Cone shared on the show.

TODAY EXCLUSIVE: After fighting for equal pay for over a decade, the U.S. women’s soccer team exclusively shares with TODAY and @stephgosk that they have reached a historic deal. More details here: https://t.co/orVxjgWi1I pic.twitter.com/Nfa4ItaZ05

The captain of the U.S Women’s National Soccer Team, Becky Sauerbrunn shared that she is “feeling extreme pride” amid the news, “And to be able to say finally, equal pay for equal work feels very, very good.”

Further adding that even though “It’s tough to get so, so excited about something that we really should have had all along.”

The Update on Equal Pay

The update regarding the equal pay decision came less than three months after the U.S Women’s National Soccer Team was able to settle with the U.S Soccer Federation back in February, after a long battle for equal pay which lasted six years until recently.

US Soccer has announced new, landmark labor deals that provide equal pay to the USWNT and USMNT.

Included in the deals: the world’s first-ever agreement to share prize money from the men’s and women’s World Cups 🏆 pic.twitter.com/J7tBNJvAKm

In February, the U.S Women’s National Soccer Team got a $22 Million Payout and a promise that the equal pay policy will be adopted after a long class-action gender discrimination lawsuit. The lawsuit was filed by the World cup Winning Team in 2019 and this payout was a result of this lawsuit.

“We are pleased to announce that, contingent on the negotiation of a new collective bargaining agreement, we will have resolved our longstanding dispute over equal pay and proudly stand together in a shared commitment to advancing equality in soccer,” the statement from U.S. Soccer and the USWNT stated.

The US Soccer expressed how the “first of their kind” collective bargaining agreements have been agreed upon between the United States Women’s National Team Players Association (USWNTPA) and the United States National Soccer Team Players Association (USNSTPA) which will be valid till 2028 and will make sure that the women’s and men’s national team players get “identical economic terms.”

In a historic accomplishment, U.S. Soccer, @USMNT and @USWNT have come together to agree to new collective bargaining agreements that will run through 2028 and achieve true equal pay – including equalization of World Cup prize money.

As per the terms of the CBAs, a part of the prize money which the women’s and men’s teams get for their participation in the World Cups will be shared and pooled in an equal percentage.

Other terms include that in all the official competitions the players will receive equal appearances fees, and identical bonuses and also earn an equal portion of the total prize money when both the men’s and women’s teams play in the same competition.

Historic day for football in US: Women's and Men's teams will receive same reward for representing USA through equal pay AND groundbreaking agreement to pool World Cup Prize Money. No country has ever done this. May page now turn on 6-year battle that stained game in our nation🇺🇸 https://t.co/rRuqD7H3Rk

As per the US Soccer President, the CBAs “has changed the game forever,” adding: “This is a truly historic moment.”

“US Soccer and the USWNT and USMNT players have reset their relationship with these new agreements and are leading us forward to an incredibly exciting new phase of mutual growth and collaboration as we continue our mission to become the pre-eminent sport in the United States.”

BREAKING: US Soccer has announced a new CBA that guarantees equal pay for its men's & women's teams.

The unequal payments they receive from FIFA & the World Cup will be pooled together and shared equally among the members of both teams.

The US is the first country to do this. pic.twitter.com/UiJyoa58tJ

Such historic decisions pave the way for a world where equality prevails and inspire other countries to follow the path.

Sahaj
I am Sahaj Manocha and have a degree in Economics. Writing is where I find myself when not studying !! It's my happy place where I can pen down all my thoughts whether Economical or not !!
RELATED ARTICLES
Sports