Six Nations 2023 Tickets: How to Buy, Prices, and Fixtures

This year’s Six Nations concluded in the grandest fashion with France winning its first Grand Slam since 2010, and fans have shifted their attention to Six Nations 2023 with the tickets available and fixtures officially announced. Find out how to buy tickets for Six Nations 2023 here. Next year’s tournament will kick off on February 4, 2023, with Wales taking on Ireland at the Principality Stadium in Cardiff. The tickets for the upcoming tournament are already in great demand and selling very fast.

The prices for the tickets go as high as £130 per person for the most demanded seats. If you are planning to attend the thrilling rugby games in person, you should quickly book your seats before they sell out.

Where and How to Buy Six Nations 2023 Tickets?

Fans looking forward to visiting and attending Six Nations 2023 games in person can buy their tickets through WRU’s official online ticket office, and by phone or in person at the Westgate Street Ticket Office, when the tickets are available.

Fans can also purchase a hospitality package with many of them already available. The boot room package costing £603 per person, and the riverside terrace package costing £823 are some examples of it. 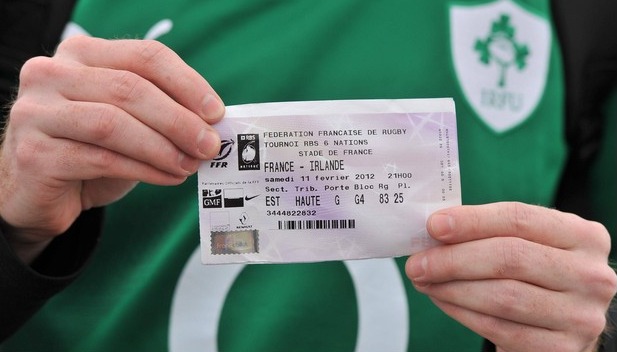 The tickets are also available at the local WRU member Rugby Club. However, you must buy the tickets purchased from official sources. You can also sign up on the mailing list at WRU’s ticket section to know when and where the tickets are available.

Steve Phillips, the WRU Chief Executive, says, “The best place to buy a ticket will, as always, be via WRU member clubs and further information about availability will be released soon.”

Here are the official sources including Union, and other partners officially designated by a Union for various regions:

The exact price of the Six Nations 2023 tickets depends on the location of the seat in the stadium. The lower seats near the grass are the costliest while the seats higher up in the stadium are more affordable.

Wales rugby fans wanting to watch Wayne Pivac's men in action at the 2023 Six Nations face forking out up to £130 each, which have become the most expensive Wales tickets.

If you are buying tickets from resellers, you’ll have to pay even higher prices for the same. We’d recommend signing up for the WRU mailing list and buying Six Nations 2023 tickets only from the official sources to get the best prices.

The Six Nations 2023 fixtures have been announced officially with the kick-off match between Wales and Ireland set for February 4, 2023. France will begin their title defense on February 6, 2023, against Italy. The first round will also have England battling against Scotland.

The second round will begin on February 11, 2023, while the final round will take place on March 18, 2022. Check out the complete fixtures, date, and start time of Six Nations 2023 games below:

All times mentioned here are British Standard-Times (BST). The defending champions France will be the favorites to retain their title at Six Nations 2023. Who will you be supporting this time? Sound off in the comments section.