Ryan Garcia hasn’t stepped foot in the ring since his dominating win against Javier Fortuna on July 16, 2022. Ryan won that game after scoring 3 knockdowns and a ruthless TKO in the sixth round. Ever since that game, Ryan Garcia’s next fight was under speculation for a long time, and he is now scheduled to fight 28-year-old Gervonta Davis. Gervonta Davis is no stranger to the ring and Ryan is already pumped up for the face-off this year.

Both fighters are expected to have a tune-up fight later this month, with Davis facing Hector Garcia this Saturday on the 7th of January. Ryan Garcia is yet to fix a date for his tune-up fight this month, with details of an opponent not finalized yet. Davis will be defending his regular WBA Lightweight title against Hector Garcia. Gervonta is equally excited to face off against Ryan Garcia and start off 2023 with consecutive wins.

Ryan Garcia will face Gervonta Davis in a 136-pound catchweight fight. Garcia had already mentioned that he’s now a full-fledged 140-pound fighter now. Gervonta Davis was the only opponent Ryan was willing to drop back down for a Pro-fight. Garcia has been waiting to face Davis for a long time now, calling for the matchup that “means everything” to him. 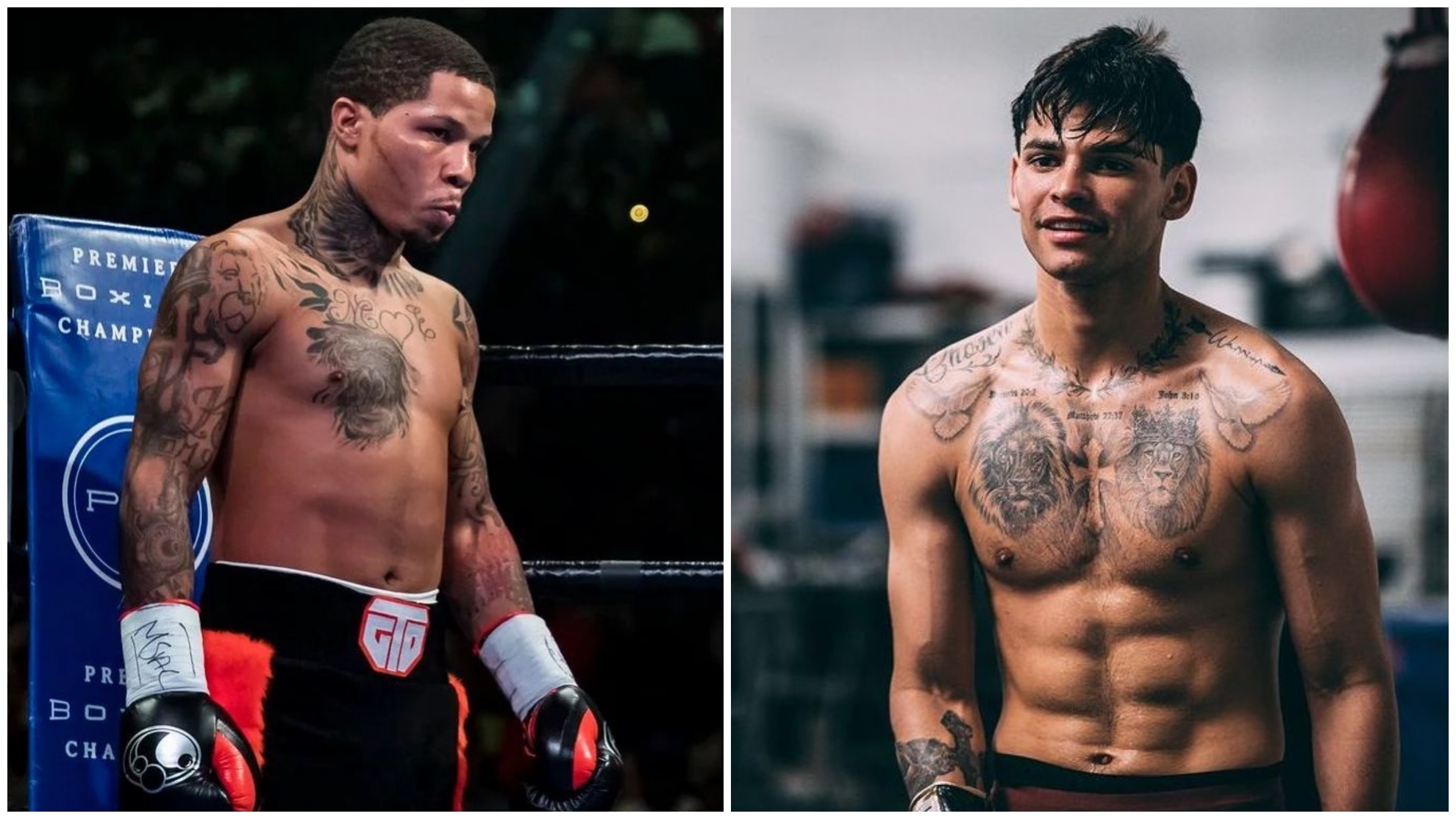 Both fighters have taken to social media to announce the confirmation of the fight happening and are equally pumped up and excited. Ryan Garcia took to Twitter to announce how he’s “put in the work” and will work towards being called “the biggest boxer in the world”.

I’m so pumped this fight is finally in place — I want it more than anything right now. I’ve put in the work, I’m at the prime of my career, and I know I’m going to be the biggest boxer in the world. That legacy starts today🥊 pic.twitter.com/6Hv5y3hwMY

Gervonta Davis also chimed in with his post on Instagram with an official poster of the big fight. Davis mentioned his return to the ring this month, and his next fight this year being against Ryan Garcia being a “Done Deal”.

SHOWTIME Sports had also gone public by confirming the fight will go ahead as planned. Following the confirmation, fans are now expected to witness one of the biggest fights of the year between Gervonta “Tank” Davis and Ryan “King” Garcia. SHOWTIME President Stephen Espinoza had also commented on the fight that fans of both fighters are now hyped about.

Espinoza mentioned the fight between Tank Davis and Ryan Garcia will be a career-defining fight fought between two talented boxers, both in their prime. Espinoza also credited both fighters for delivering as planned as he says, “The fans wanted a fight, and Tank and Ryan were willing to put up with that.” 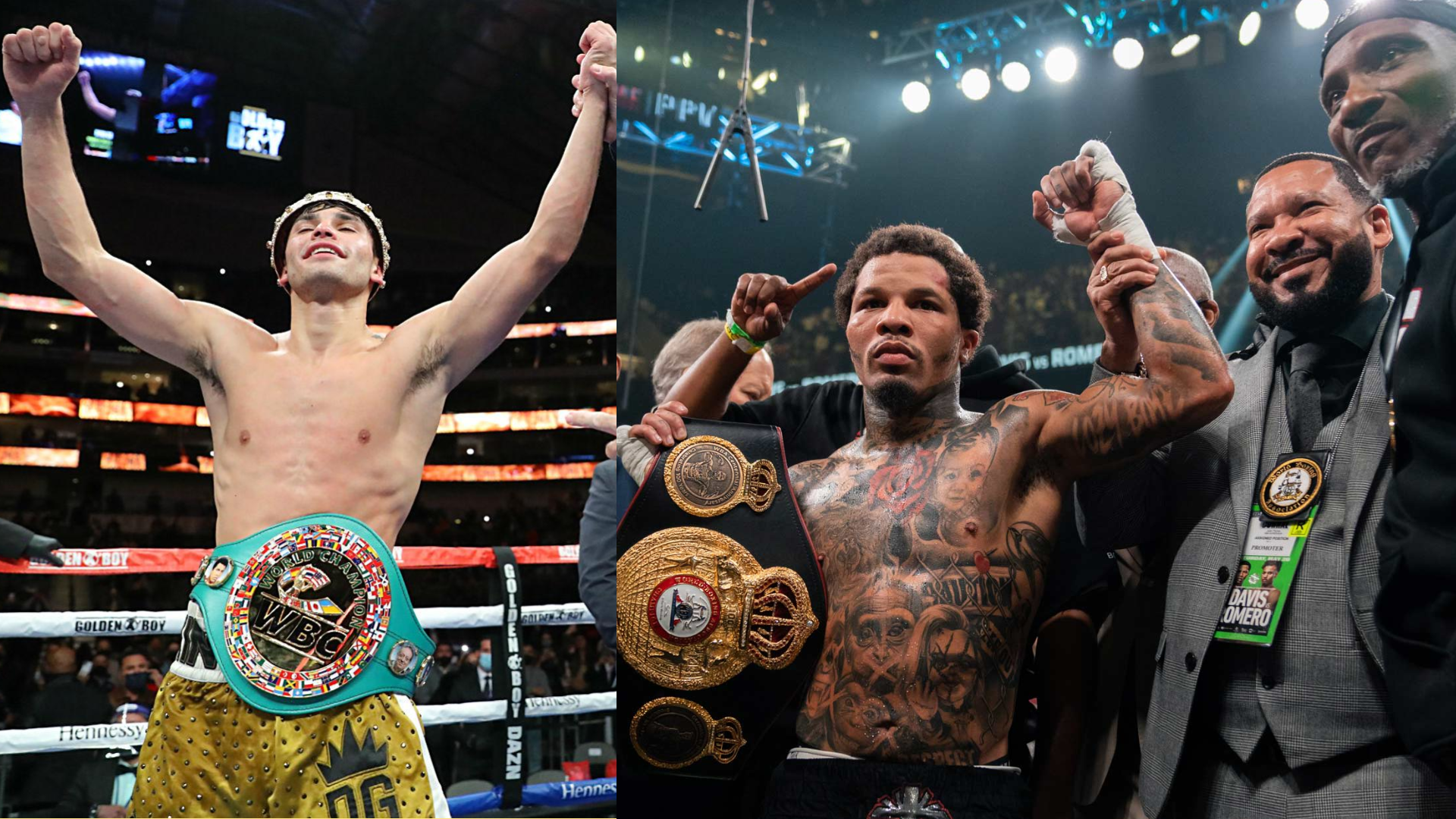 Before going Pro, Garcia had fought 149 amateur bouts, winning 132 of them. Ryan Garcia is on a winning streak of 23 wins which began back on Jun 9, 2016, against Edgar Meza. Ryan had also won the vacant WBC interim lightweight title by defeating Luke Campbell two years back. On average, Ryan’s fights last 3.7 rounds, with a total of 85 rounds under his belt in his career so far.

Gervonta Davis is also on an undefeated streak with his first win coming all the way back on Feb 22, 2013, defeating Desi Williams. That first win was more than 3 years before Ryan Garcia had even debuted. Davis won the WBA (Regular) super lightweight title by defeating Mario Barrios on Jun 26, 2021. He then went on to defend the title twice and retain the title both times. Davis will defend the title for a third time when he faces Hector Garcia. Davis has also fought 29 more professional rounds compared to Ryan Garcia, with a total of 114. 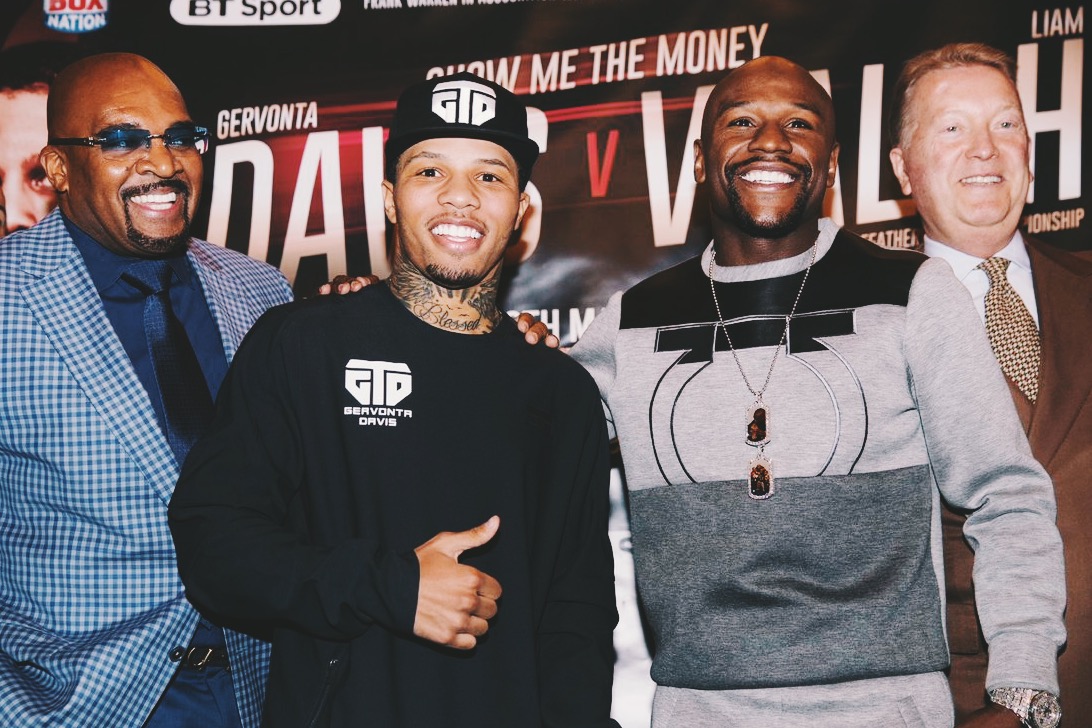 Gervonta Davis was recently arrested on charges of battery and domestic violence which is not his first time either. Since 2017, Davis has now been arrested five times, many of which had stopped several of his fights. His recent charges, however, had put his fight against Ryan Garcia under threat. Thankfully, the victim had later come forward and demanded Davis be released and acquitted of any charges.

Davis was later released on a $1,000 bail which confirmed how the allegations were not as serious as made to look earlier. Davis had earlier stated that he did not strike the woman in question, with the accusation made purely for financial reasons. With Davis now free of any criminal charges until otherwise found guilty again, his fight against Hector Garcia and then later with Ryan Garcia both now stands as confirmed. 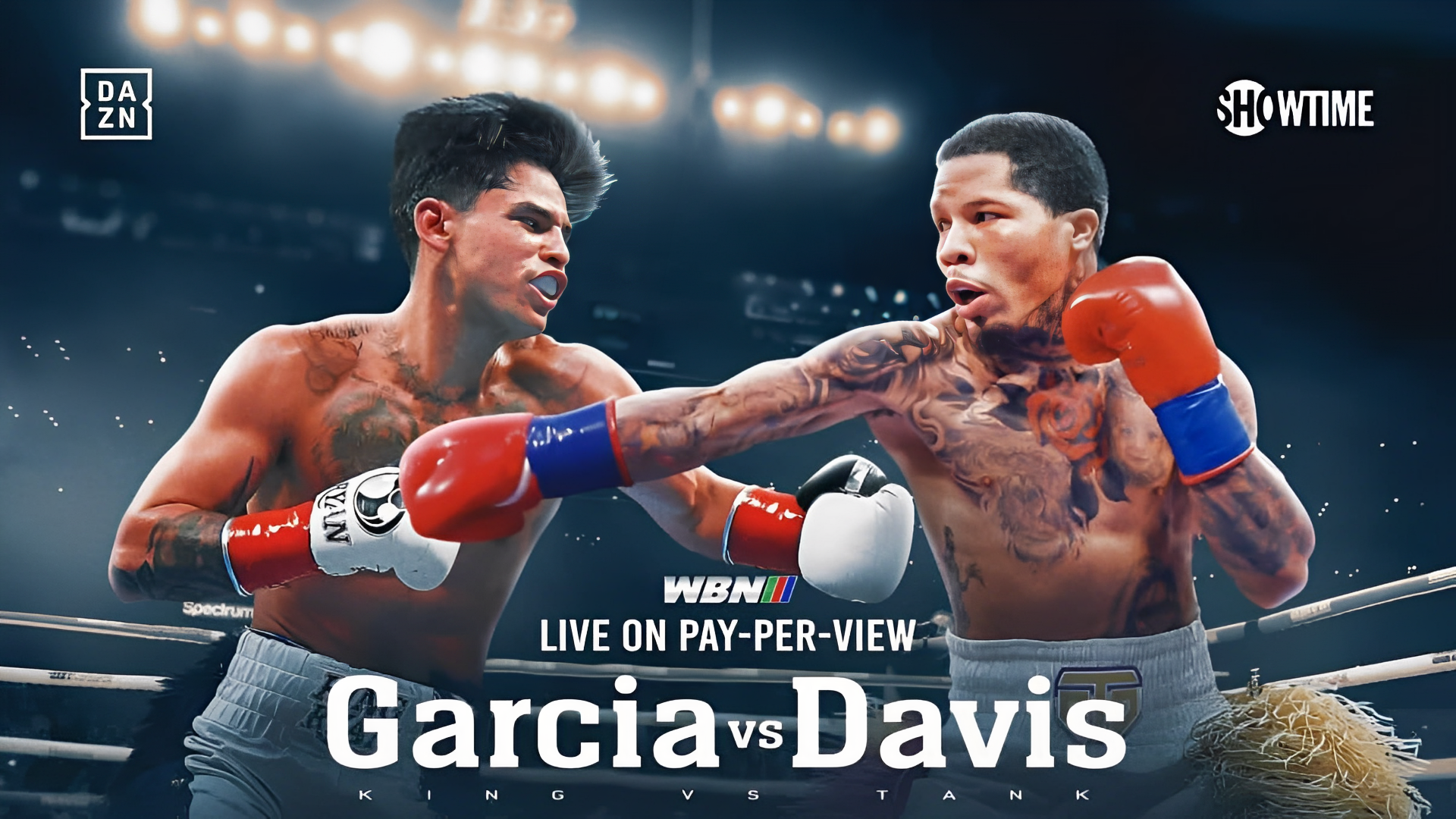 Garcia and Davis have been trading words on Twitter for a while now, hyping their fans up for the fight. In doing so, they have both been taking shots at each other in a rather unruly manner. Michael Benson, Online Boxing Editor for talkSPORT recently compiled tweets that show the two fighters messing with each other. Most of the tweets by the two fighters have since been deleted.

Ryan Garcia had also claimed Gervonta Davis had tried to snatch his chain when the two met unexpectedly in a club recently. The two fighters had to be pulled apart before either of them got into a fistfight which could have led to serious disciplinary action for both fighters. The tweets by both fighters taking a dig at each other can be found below in Michael’s tweet with the screenshots.

Experienced Win Or An Underdog Upset 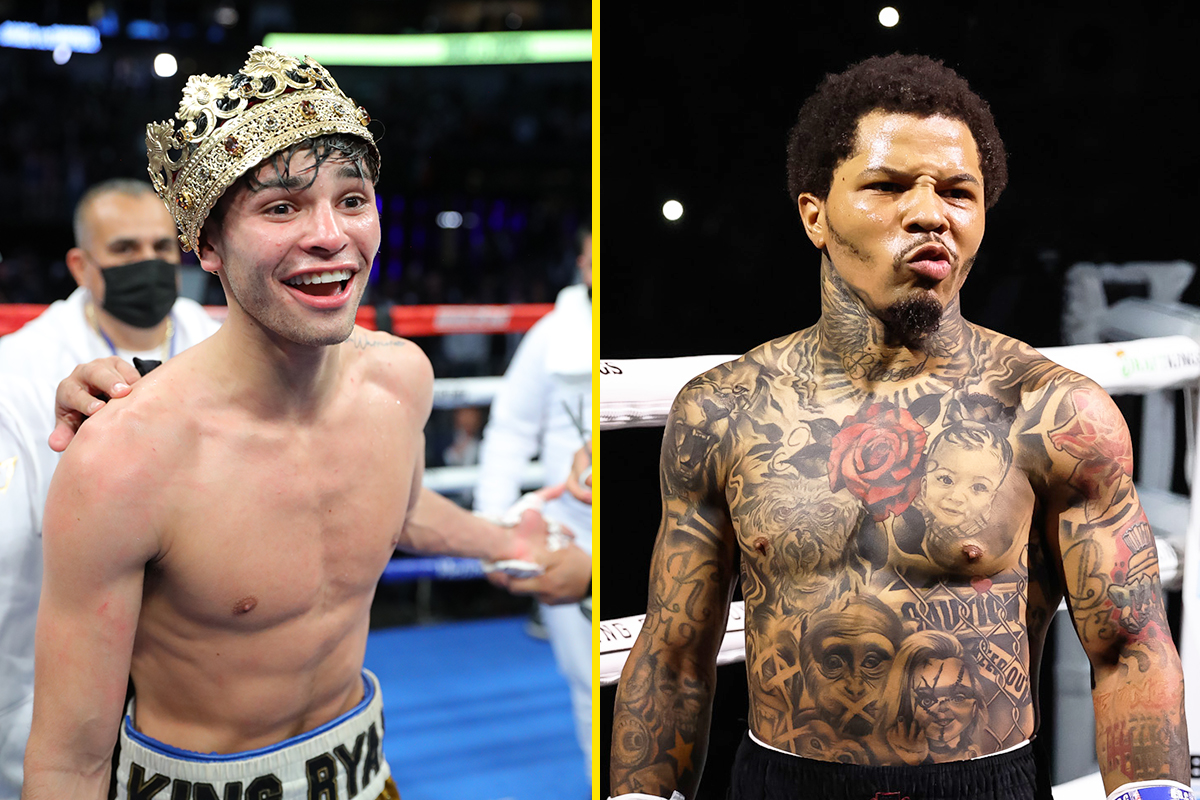 The fighters are now expected to face each other on April 15th, 2023 in Las Vegas, with the date being subject to change. Gervonta Davis is highly favored by oddsmakers at 7/20 to come out winning while Ryan Garcia is likely to pull out an underdog win over Davis with 2/1 odds. All that means Davis is the favorite to win by 69% with Ryan Garcia having a 31% chance. While age might be on Ryan’s side with him being four years younger than Davis, the added experience might also have ticked the odds in favor of Gervonta Davis.

Barring a Technical Draw, one of the two fighters will see their undefeated streak finally come to an end. No matter who wins, fans can expect a bout that’s bound to go all the way until one of the two gives up. Chime down in the comments about which side of the ring you will be on when the fighters face off this year.