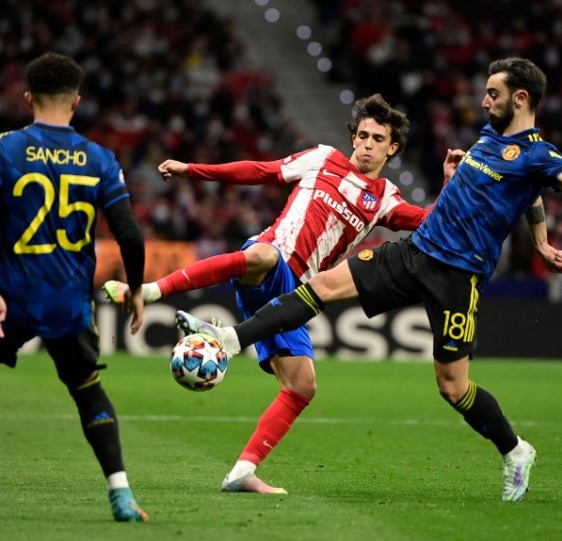 Anthony Elanga saved his side last time after coming off the bench and scoring the leveler in the 80th minute after João Félix scored the first goal of the match only in the 7th minute.

This time, both sides will be aiming to secure a spot in the quarter-finals of the Champions League when they face off in Old Trafford. Manchester United hasn’t reached the last eight since 2019.

It’s definitely going to be a high-voltage encounter this Tuesday when the two teams who are coming in with good results will try to take each other down.

The Champions League tie between Manchester United and Atletico Madrid will take place on Tuesday, March 15, 2022, at the Old Trafford stadium in Greater Manchester, England. 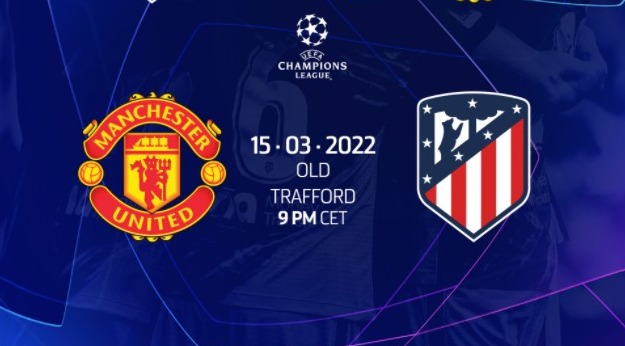 Slavko Vinčić will be the man in charge for the game while Tomaž Klančnik and Andraž Kovačič will be Assistant Refrees. Manchester United will have the home advantage and will be the fan-favorite side to move into the quarter-finals of the UCL.

How to Watch Manchester United vs Atletico Madrid lLive Stream?

This much-anticipated encounter will be available to watch live via the official and exclusive UEFA broadcasters in every region or territory. The viewers in the United States can watch Manchester United vs Atletico Madrid live on CBS (for English coverage), Univision, and TUDN (for Spanish coverage). 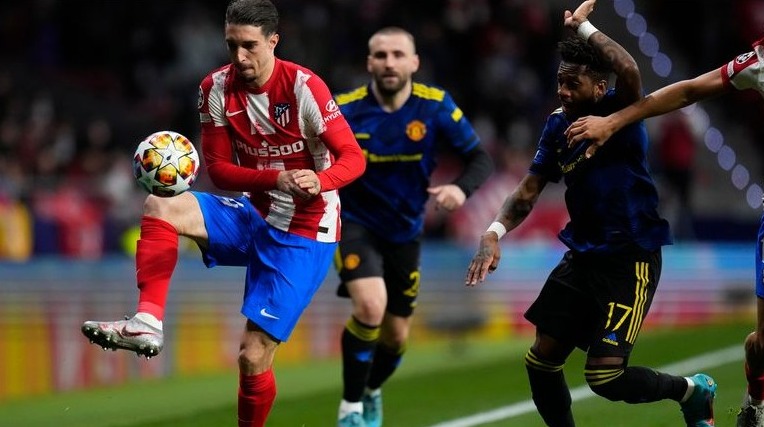 Here is a list of official broadcasting channels and apps to watch Manchester United vs Atletico Madrid UEFA Champions League Second Leg Round 16 game live from any country/region:

The last game between the two sides was tough competition for both sides. This time, Manchester United will be high on confidence after a 3-2 victory over Tottenham last Saturday featuring a hat-trick by Cristiano Ronaldo. However, the Red Devils would be worried by the form of other players.

Ralf Rangnick’s side will miss Mason Greenwood due to suspension while Bruno Fernandes and Luke Shaw could miss out due to COVID-19 but the exact status of availability is not known at this moment. Scott McTominay would be making his return to the side.

On the other side, Atletico Madrid is also coming with a 2-1 victory over Cadiz last Friday, and they are in the top four of LaLiga Santander. They also have a three-match winning streak across all competitions.

Diego Simeone’s side will be missing Yannick Carrasco due to suspension, while Matheus Cunha, Daniel Wass, Sime Vrsaljko, Thomas Lemar, Mario Hermoso, and Geoffrey Kondogbia will be out due to injury. Jose Maria Gimenez’s status is doubtful but Koke is certain to start this Tuesday.

For predictions, we’d pick Manchester United to beat Atletico Madrid and move into the quarter-finals of the UEFA Champions League season 2021-22. Ronaldo is expected to continue the hot form that he gained last Saturday, especially when the Spanish side is one of his favorite opponents.

Manchester United could start the game with the following playing XI:

Atletico Madrid could start the game with the following playing XI:

I pray it's Chelsea vs Man United 🤲🏾

These two sides have always had fierce competitions against each other with Manchester still looking to find a victory. However, this might change after Tuesday.

When the Red Devils meet the Colchoneros at Old Trafford, football fans should expect some exciting and astounding moments. You shouldn’t miss watching the thriller live. Who are you supporting this time- Manchester or Atletico? Sound off in the comments.