SummerSlam is WWE’s second biggest annual event after Wrestlemania. This year’s edition is going to take place in Nashville this Saturday with several high-voltage matchups scheduled. Read on to know how to watch WWE SummerSlam 2022 live on TV or stream anywhere. 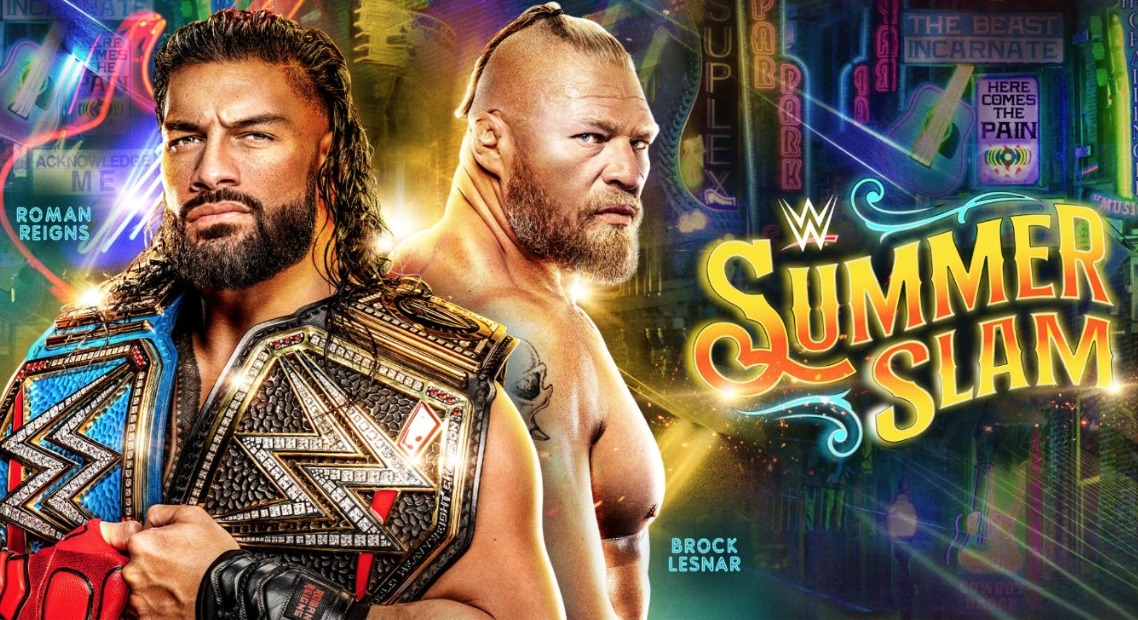 The marquee event is going to be headlined by Roman Reigns vs Brock Lesnar in a rematch of their electrifying fight at WrestleMania 38 where the “Tribal Chief” came out as a Unified Champion. Along with the two heavyweights, there are several thrilling fights on the card.

It’s also going to be the first-ever SummerSlam and WWE PPV after the retirement of former CEO Vince McMahon amidst critical allegations. The evening is ready to become one of the most memorable nights in WWE’s history. Make sure you don’t miss the action.

SummerSlam 2022, which is going to be the “biggest party in summer,” is scheduled for Saturday, July 30, 2022. The PPV event will take place at the Nissan Stadium in Nashville, Tennessee. 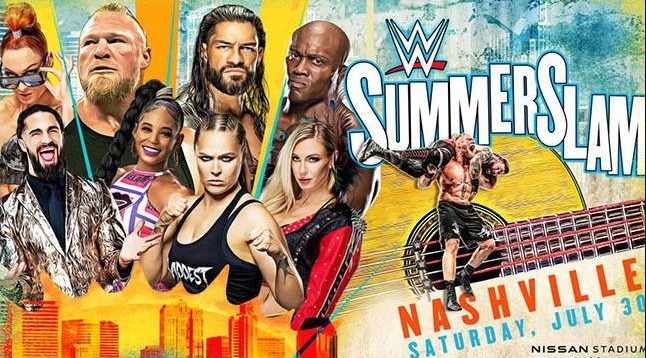 SummerSlam 2022 is headlined by the Tribal Chief Roman Reigns and Beast Incarnate Brock Lesnar for the Undisputed WWE Universal Championship. The Sports Entertainment company is billing the fight as their “last ever.” It’ll supposedly put a glorious end to their rivalry.

Celebrities like Logan Paul and Pat McAfee are also on the card. Paul will take on the Miz after the A-Star betrayed him the last time they teamed up at WrestleMania 38. Whereas, McAfee will be trying to ground Happy Corbin.

How to Watch WWE SummerSlam 2022 Live from Anywhere?

WWE SummerSlam 2022 will be available as a PPV (Pay-per-View) costing $44.99 and on Peacock in the United States. Fans can stream SummerSlam with their $4.99 Peacock Premium subscription. The free tier of Peacock doesn’t offer access to premium WWE events. However, you can still claim a free trial.

Out the U.S, WWE fans can watch SummerSlam 2022 live on the WWE Network. The WWE Network will broadcast SummerSlam live in the UK, Canada, Australia, New Zealand, and many other regions. 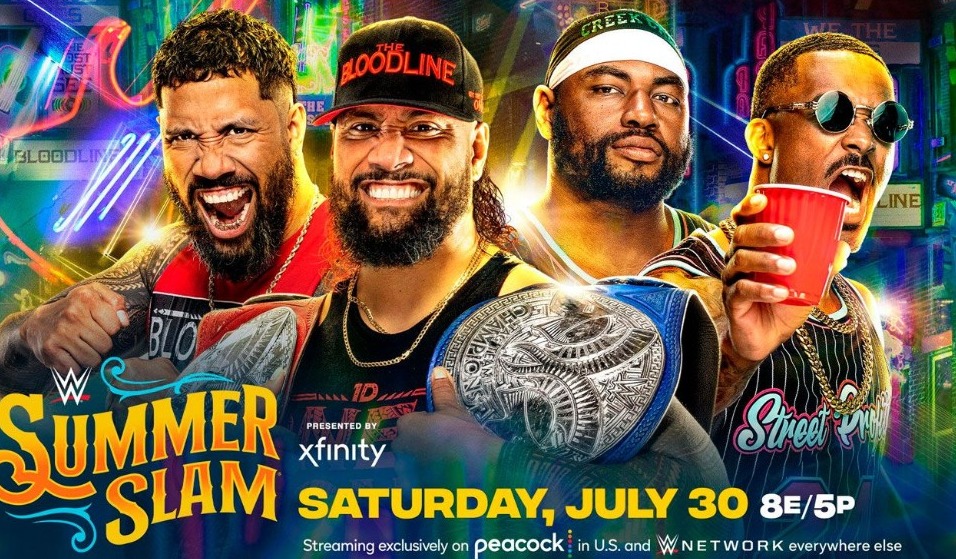 Here is a list of TV channels, websites, and apps to watch SummerSlam 2022 live in different regions:

WWE Network is still th best source to catch all the action live as it happens and the fallout in real-time. 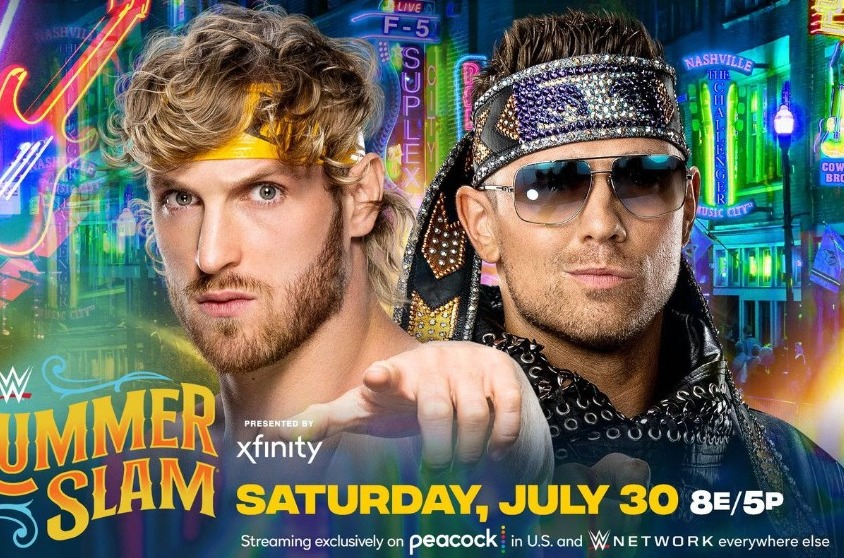 Note: Since Riddle is injured, his match against Seth Rollins would be scrapped from the card. Rollins expressed his frustration about the decision on Twitter and then Triple H sent a hopeful reply to his tweet. 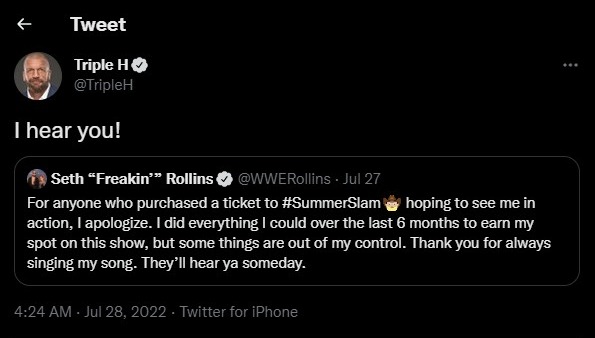 It’s possible that the newly elected creative head of WWE has a mystery opponent in mind to fight Seth Rollins. Who is it going to be? Drop your guesses in the comments.

The match card for SummerSlam 2022 is looking stunning. There are several high-voltage encounters on the card, plus expectations for some shocking surprises. For the main event, it’s too hard to pick the winner.

Reigns has become unstoppable since he joined hands with Paul Heyman. Whereas, Lesnar has a record of carnage at SummerSlam. No one can ever forget how he once decimated John Cena at the PPV.

The other matches on the card are also highly unpredictable. We’ll pick Reigns, The Usos, Belair, Morgan, Lashley, Paul, McAfee, and The Mysterios to be on the winning side. You can also drop your predictions in the comments section.