How to Watch Real Madrid vs Barcelona Live Stream

Barcelona is heading to the Bernabeu to face their archenemy Real Madrid in yet another El Clasico clash. Both the sides are looking red hot in form recently. Find out how to watch Real Madrid vs Barcelona live streaming from anywhere. 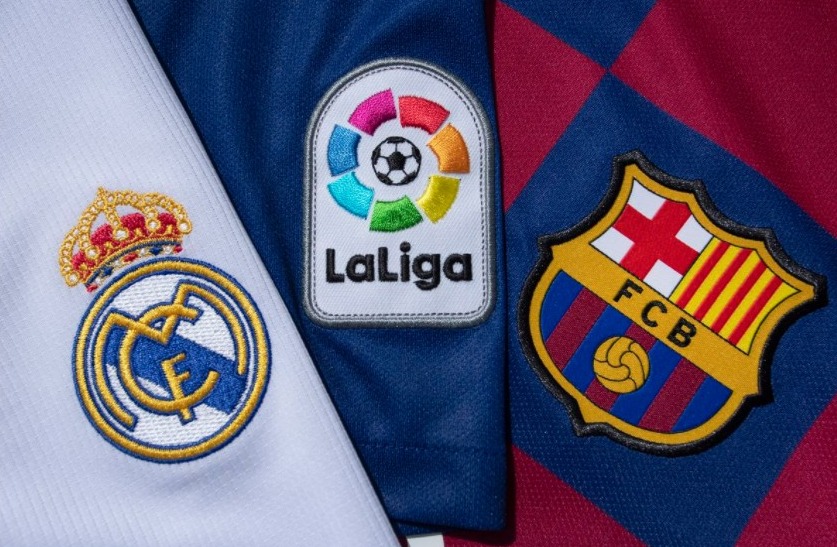 The Los Blancos defeated Barcelona in the first El Clasico of the season in October 2021 by 2-1 and then added salt to the bruises with a 3-2 victory over Barca in the semi-final round of the Spanish Super Cup held in Saudi Arabia.

Madrid is enjoying a five-game winning streak over their nemesis while Barcelona is currently stabilizing under Xavi who took over the struggling side from Ronald Koeman and showcased phenomenal recovery.

Still, if Barca is planning to finish the season in the second spot, a good victory over Madrid is what they would be eyeing on this Sunday.

Here is an infographic showing when will you be able to watch Real Madrid play against Barcelona according to your place of stay: 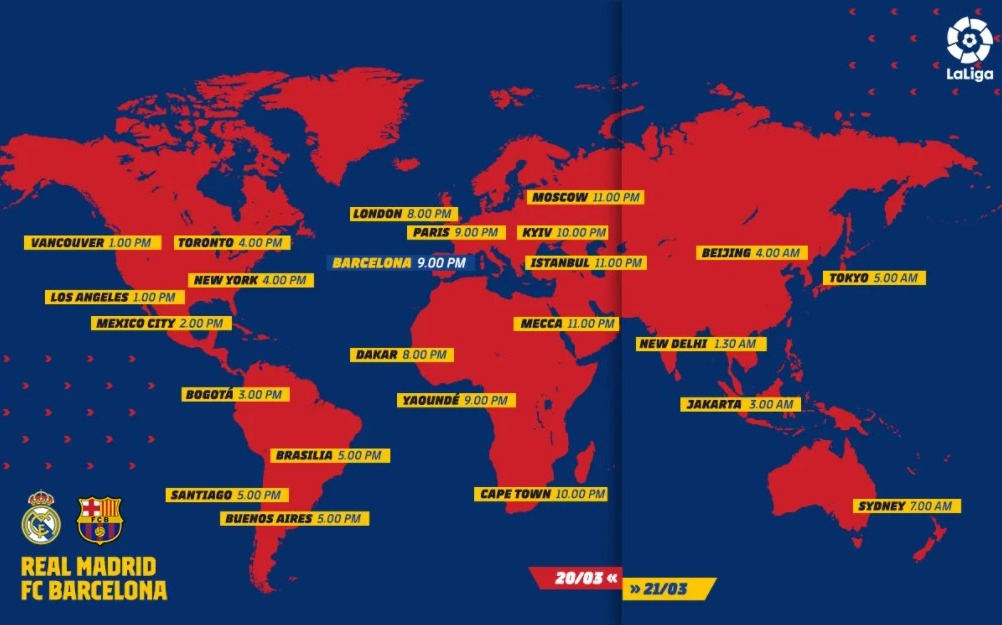 Both Real Madrid and Barcelona have been playing exceptionally well recently. Madrid is currently first on the table while Barca is in the third spot with a difference of 14 points. This will be the last meeting between the two arch-rivals this season as Barcelona has been moved to the Europa League.

The tickets for the match are already sold out, obviously. The good thing is you will be able to watch the live streaming of the game from the comfort of your home.

Real Madrid will host Barcelona at the Bernabeau this Sunday and fans will be delighted to enjoy the El Clasico live streaming in every corner of the world. LaLiga has official and exclusive broadcasters in every region, and they’ll telecast the match live.

The viewers in the United States can watch Real Madrid vs Barcelona live streaming on ESPN+ and ABC (for specific regions including NY, San Juan, etc). Whereas, the viewers in Canada can watch El Clasico live on TSN (English coverage) and RDS (French coverage). 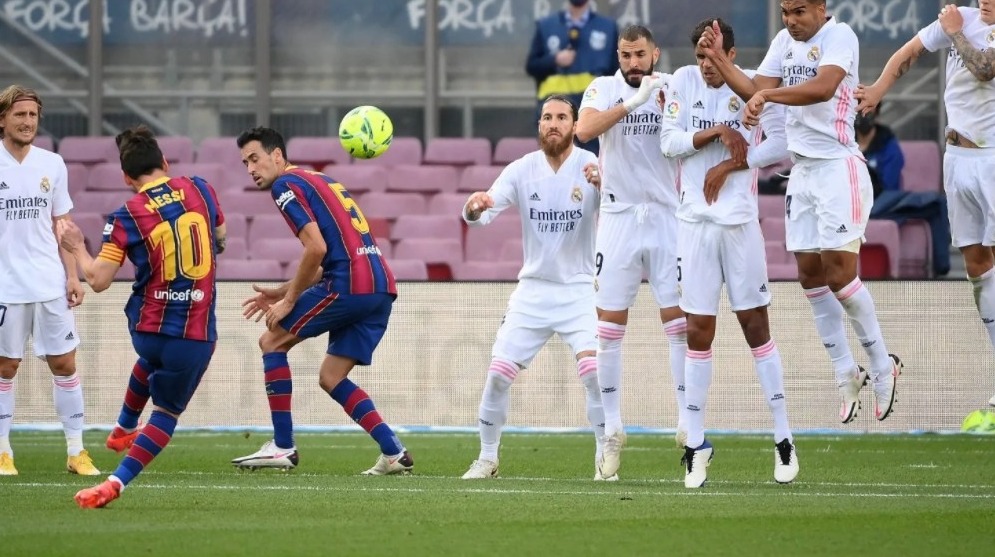 The viewers in the UK can watch Real Madrid vs Barcelona live streaming on Premier Sports 1 and LaLiga TV. In India and surrounding countries including Bangladesh, Nepal, etc, Viacom 18 holds broadcasting rights. Thus, the live match coverage will be available on MTV and Voot Select.

The viewers in Spain can watch Real Madrid vs Barcelona live on Movistar, Orange, Gol, La Liga TV (bar), while the viewers in Portugal can enjoy the live coverage on Eleven Sports. You can also listen to live English language commentary on Radio Barca from anywhere.

Real Madrid and Barcelona are playing exceptionally well recently having a four-game winning streak in LaLiga. Barcelona will be entering after a 2-1 victory in the Europa League against Galatasaray, whereas, Madrid has recently drawn Chelsea in the Champions League and moved to the semi-final.

Carlo Ancelloti’s side will be playing with full strength in order to extend its dominance over Barca. Eder Militao who has been out with the flu is expected to return this Sunday. However, there’s still uncertainty about the center back’s status. Madrid will also be worried about Karim Benzema who is struggling with a calf issue.

These two this season 🔥 pic.twitter.com/zuqnenwH4Z

The injury list for Xavi Hernandez’s side is fairly long as Sergi Roberto (hamstring), Samuel Umtiti (toe), Alex Balde (ankle), Ez Abde (knee ligament) will stay out. The Winger Ansu Fati has also long been out with a hamstring injury. Still, Barcelona is looking pretty good on paper.

For prediction, we’ll pick Real Madrid to continue its winning run over Barcelona, but we couldn’t rule out the possibility of a draw or Barca win either. It’ll be an interesting match to watch as the meeting of the two clubs is always astounding.

Real Madrid will likely start the game with the following eleven:

Barcelona will likely start the game with the following eleven: 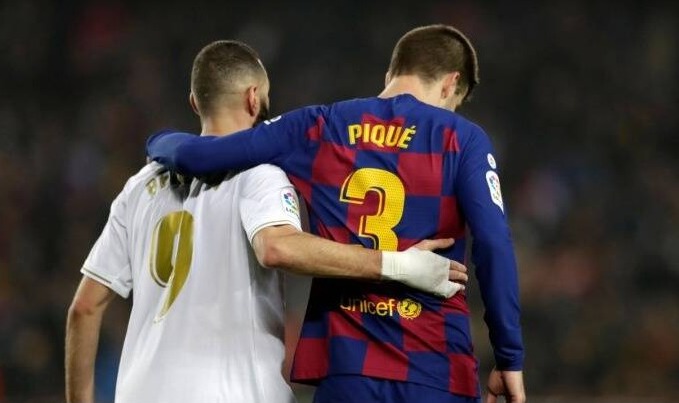 El Clasico is one of the fiercest rivalries across all of the sports in the world. Real Madrid and Barcelona have always delivered some very exciting matches. However, Madrid is undefeated by Barca since 2019.

Although Madrid doesn’t need the victory for the LaLiga title, it’ll bring its A-game as El Clasico is all about respect and they wouldn’t want Barcelona to stop their good run.

Barcelona has been excellent since Xavi took over. This time, they’ll be looking to avenge the two recent losses. Do not dare to miss the upcoming clash. It’ll surely be a match worth remembering.

Who are you supporting this time? Hala Madrid or Forca Barca? Sound off in the comments.