Manchester City will host Real Madrid in the first leg of the UEFA Champions League Semi-Final this Tuesday. Find out how to watch the Manchester City vs Real Madrid live stream in the US, UK, Canada, Australia, or anywhere else. 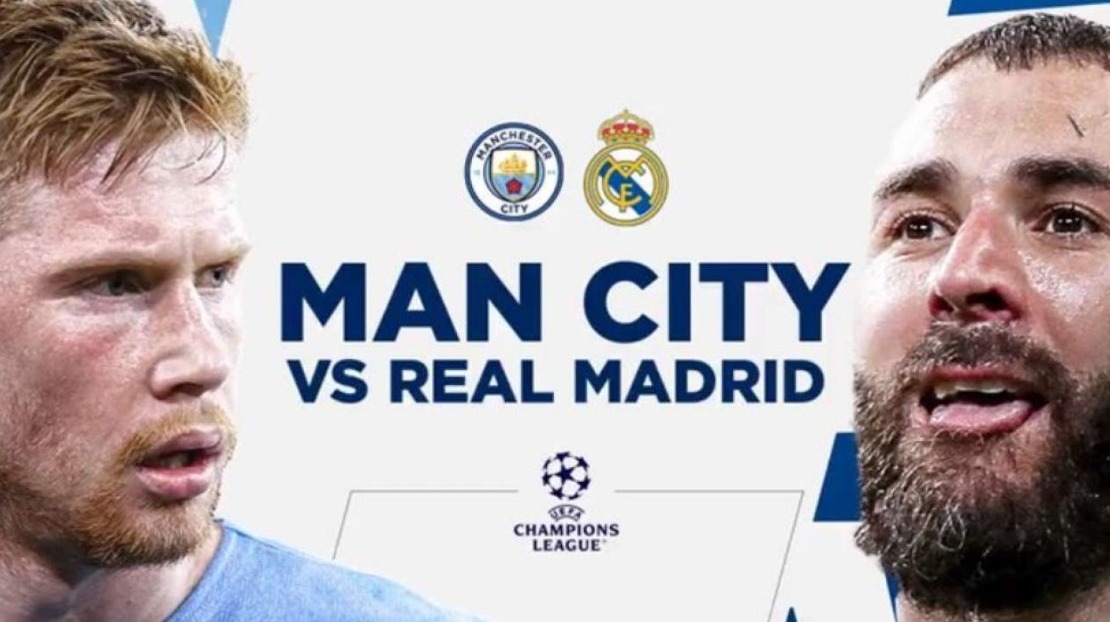 Both City and Madrid are the frontrunners for the title this year due to being in great form recently. Manchester City previously beat another Spanish club, Atletico Madrid in the quarter-finals to reach here, while Real Madrid beat the might Chelsea in the previous round to arrive in style.

The two sides met at the same stage of the competition in 2016 last time where Madrid prevailed over City with a 1-0 aggregate. Can Real Madrid repeat the history? or Is Manchester City ready for their long-awaited vengeance? Find out this Tuesday.

How to Watch Manchester City vs Real Madrid Live Stream?

Manchester City will take on Real Madrid in the first leg of the UCL Semi-Final round at the Etihad Stadium on Tuesday, April 26, 2022. The exciting match will kick off at 3 PM ET/ 12 PM PT/ 8 PM BST. If you aren’t attending the game in person, you can enjoy it live from the comfort of your home. 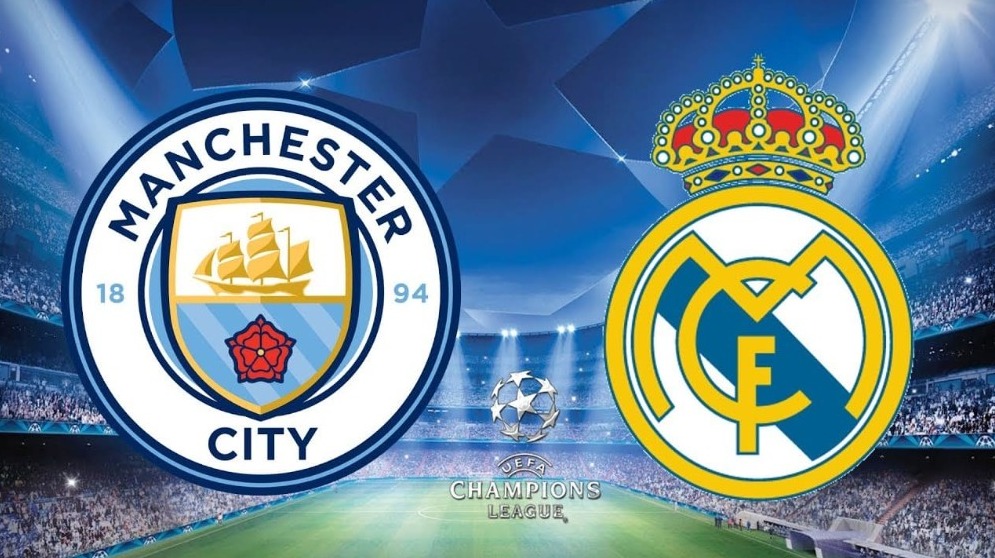 UEFA will broadcast Manchester City vs Real Madrid live in every region where football fans reside, and you can watch it live on your TV, PC, smartphone, or any other compatible device.

The viewers in the United States can watch Manchester City vs Real Madrid live on CBS (English coverage) and Univision (Spanish coverage) channels. The live stream of the game will be available on Paramount+ and fuboTV. You can also use the free trial on both the services to enjoy the match for free. 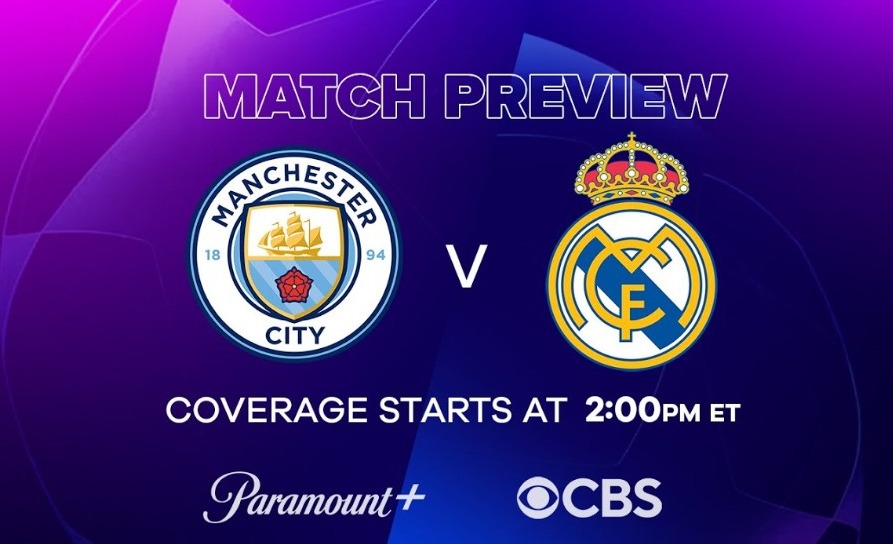 The viewers in Canada can watch the Manchester City vs Real Madrid semi-final match live on DAZN, which requires a monthly or annual subscription. The kick-off time for the game in the US and Canada is 3:00 PM ET/ 12:00 PM PT/ 1:00 PM MT.

The viewers in the UK can watch Manchester City vs Real Madrid live on BT Sport 2 and BT Sport Ultimate channel. The live stream of the game will be available on the BT Sport app and website exclusively for the subscribers. You can also grab the BT Sport Monthly Pass for only £25 to watch the game live if you don’t have a subscription. 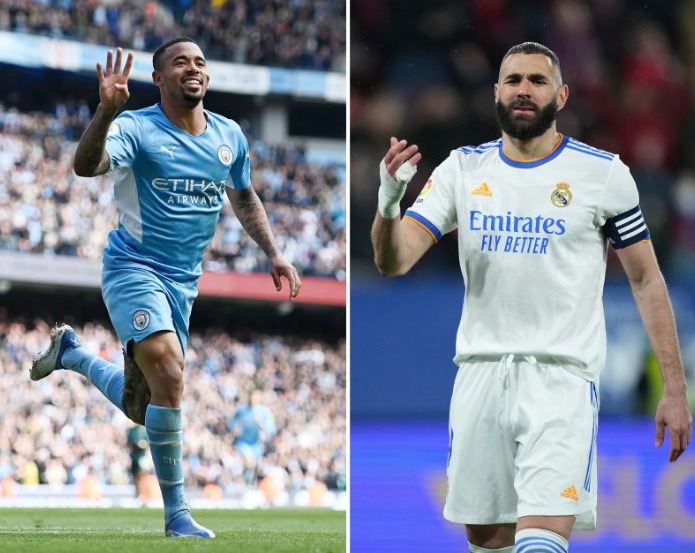 The viewers in Australia can watch Manchester City vs Real Madrid live on Stan Sport. Fans will have to wake up early in the morning as the coverage will begin at 5:00 AM AEDT on Wednesday, April 27, 2022.

The viewers in New Zealand will also have to watch the City vs Real Madrid game live early in the morning on Wednesday, April 27, 2022, on Spark Sport. It also offers a 7-day free trial that you can claim to enjoy the game for free.

The viewers in India can watch Manchester City vs Real Madrid semi-final match live on Sony Ten 2 and Sony Ten 2 HD (English coverage), and Sony Ten 3 and Sony Ten 3 HD (Hindi coverage). The live stream of the match will be available on the SonyLIV app, and also on the JioTV app.

Football fans in India will have to stay up late as the kickoff time for the match is 1:30 AM IST on Wednesday, April 27, 2022.

Here is a list of channels, apps, and websites to watch Manchester City vs Real Madrid UCL 2021-22 Semi-Final Leg 1 match live stream from any country or region:

Manchester City will be hosting Real Madrid tonight for the Champions League Semi-Final leg 1. Pep Guardiola’s boys will be looking forward to taking the lead and progressing towards the second final in quick succession as the Premier League titleholders keep eyeing the grandest club championship.

On the other side, Real Madrid is on a legendary comeback run and grounded the Blues in the Quarter-Final with a 5-4 aggregate. They’ll be looking forward to redoing the miracles of 2016 to move near the finals. 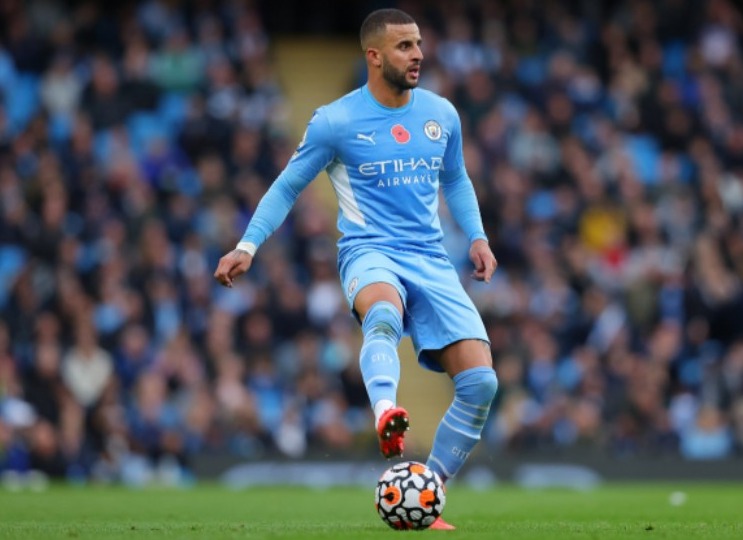 Manchester City will be playing without Joao Cancelo as the Portuguese striker picked up his third caution of the season already, while they’ll be hoping for Kyle Walker to be available for the match. The status of John Stones is unknown currently.

Whereas Real Madrid doesn’t have any suspension issues but they’ll be struggling with injury concerns as David Alaba was taken off the field in the previous encounter against Osasuna. Eden Hazard, Luka Jovic, and Mariano Diaz will also be unavailable. Eder Militao will be back into the squad. 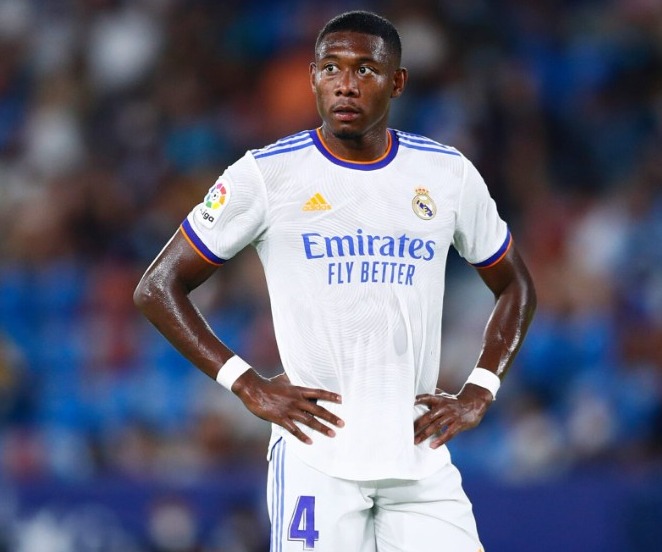 For predictions, we’ll go with Real Madrid this time considering their recent form.

Manchester City will still be more confident as they are undefeated at the Etihad in the Champions since September 2018, and have only lost once in their previous ten Champions League knockout games. However, Carlo Ancelotti’s boys have also proved they are capable of taking down anyone on their given day.

It’ll be a very high-voltage affair when the two sides collide on the greenery of Etihad this Tuesday. Whatever the result will be, fans should be ready for an absolute treat of a match.

Who are you supporting this time? Sound off in the comments section.