How to Watch Italy vs Argentina? Finalissima 2022 Live Stream

Italy and Argentina, the champions of their confederations, will face off in a one-off final called Finalissima a.k.a Conmebol–UEFA Cup of Champions. Find out how to watch Italy vs Argentina Finalissima 2022 live stream in the US, UK, Canada, or anywhere else. 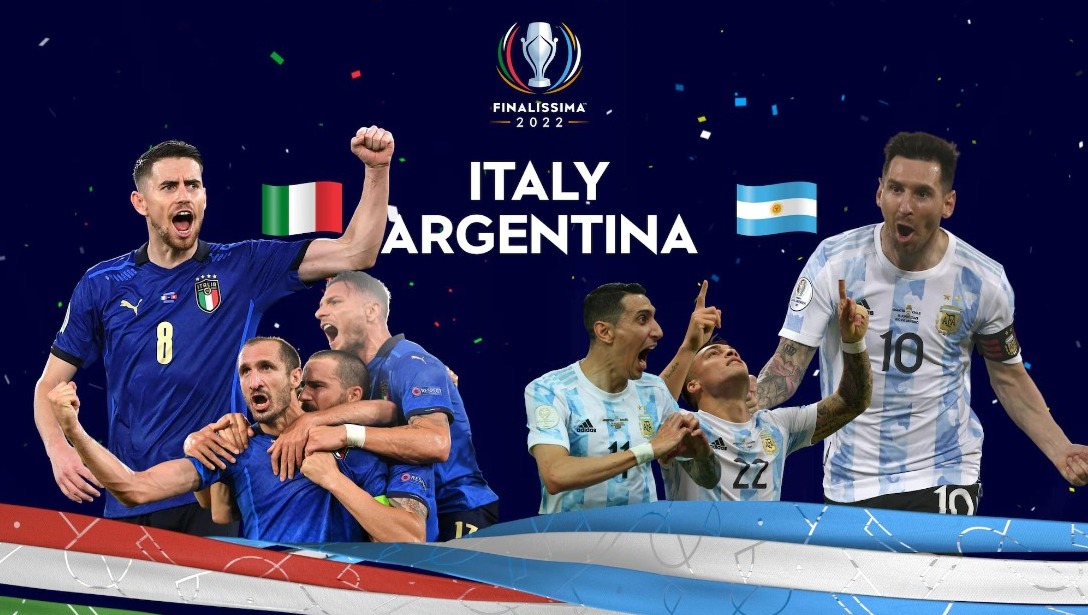 Argentina won the Copa America 2022 after defeating mighty Brazil to enter the Finalissima while Italy is coming after winning the Euro Cup 2020 after defeating England in penalties. The Italian side will be looking for some redemption after their shocking failure to qualify for the FIFA World Cup 2022 in Qatar.

The Juventus captain Giorgio Chiellini will be playing the final game of his International career for the Azzurri side. He was one of the key players in Italy’s win over England to become the European champions.

Previously, the Confederations Cup brought together the champions of each conference. However, Finalissima or the Conmebol- UEFA Cup of Champions replaced it after its suspension due to the introduction of the Club World Cup in 2019.

This time, La Albiceleste and the Azzurri will be crossing paths to be the victors of the one-off game to be crowned the Champions of the Conferences. Argentina vs Italy Finalissima 2022 game will take place on Wednesday, June 1, 2022, at the Wembley Stadium in London. 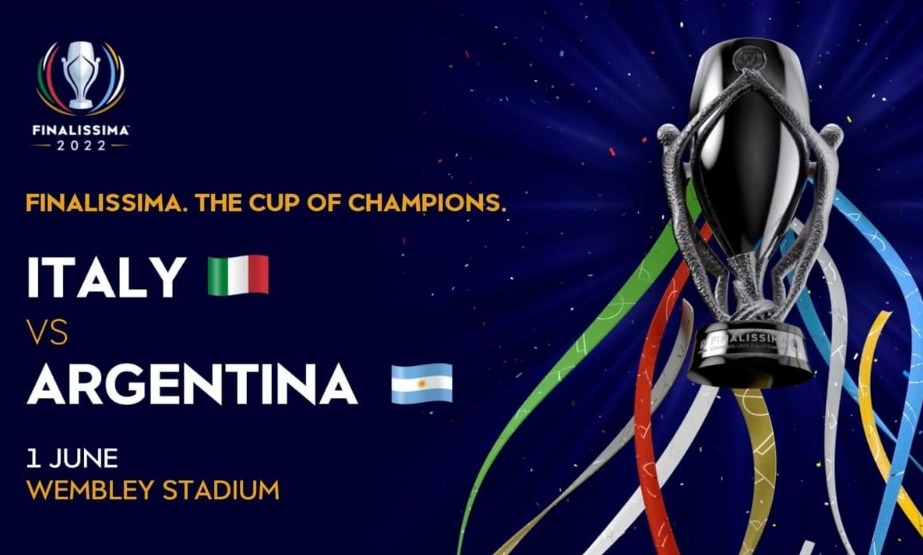 This is the first-ever such fixture taking place at a neutral venue. The previous ones, called the Artemio Franchi Cup (European/South American Nations Cup), were played at the home venues of playing sides in 1985 and 1993.

How to Watch Argentina vs Italy Finalissima 2022 Live Stream?

Italy vs Argentina Finalissima 2022 will be broadcasted live in every region of the world, and fans can watch the thrilling encounter live on TV or watch the live stream on any device.

In Canada, the live stream of Italy vs Argentina Finalissima 2022 will be available on DAZN. You’ll require either a monthly or annual subscription to the service to enjoy the game live. 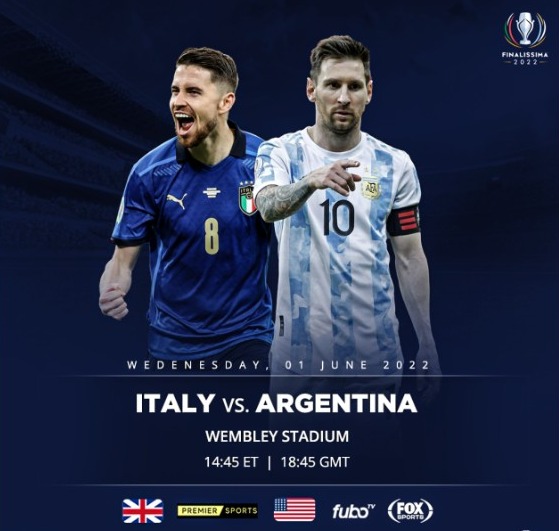 In the UK, Italy vs Argentina Finalissima 2022 live stream will be available on Premier Sports. RAI will broadcast the game in Italy while ESPN will broadcast it for the viewers in Argentina.

In India, the Finalissima 2022 live stream will be available on Sony TEN 1 (SD & HD), the SonyLiv app, and the Jio TV app. Sky Mexico is the official broadcaster in Mexico, Optus Sport will broadcast it live in Australia, and Sport TV will broadcast it in Portugal.

UEFA has official broadcasters for Finalissima 2022 in every region of the world including Europe, Asia, etc. Fans will be able to watch Italy and Argentina colliding live from everywhere.

Note: This information is brought to you by UEFA.com

Finalissima 2022 will see Giorgio Chiellini making his 117th and final appearance for the Italian side as the core of their defense. His farewell game will surely be an emotional for the Azzurri as the veteran will be playing one last time at a very special fixture. 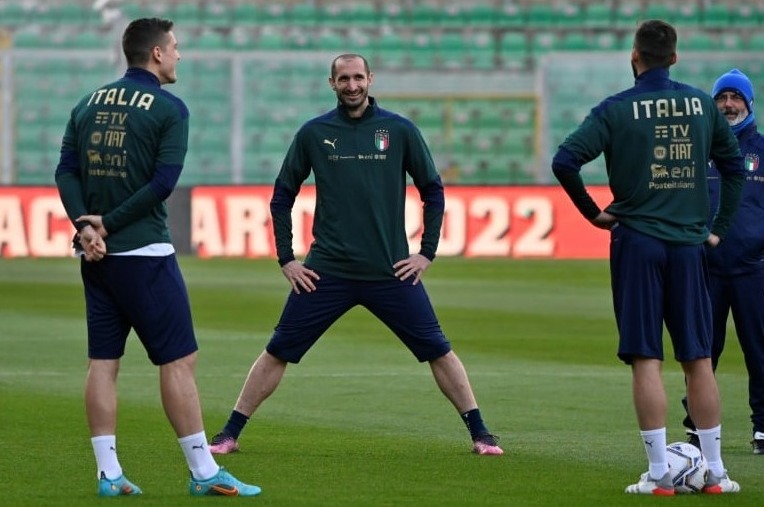 Italy will miss Domenico Berardi and Andrea Pinamonti due to injury while Federico Chiesa, Ciro Immobile, Gaetano Castrovilli, and Rafael Toli will also miss the game.

On the other side, the legend Lionel Messi will be looking to continue Argentina’s unbeaten run to 32 matches, which has now lasted for almost three years. Angel di Maria is expected to reunite with the side following his final game for PSG. The Copa America hero has confirmed that he will retire from international football after the World Cup.

Ángel Di María has confirmed that he will leave the Argentina national team after the World Cup. 🇦🇷 This via @DiarioOle. pic.twitter.com/rgwxKZKCF6

Messi could start alongside Lautaro Martinez and Maria, whereas Cristian Romero and Nicolas Otamendi will be in charge of the defense.

Argentina is the clear favorite going into Finalissima 2022 considering its unbeaten run while Italy hasn’t been great lately. The Italian side will be looking to bid a memorable farewell to Chiellini. For predictions, we’ll go with Argentina.

Both the sides are looking impressive on paper. However, the reality will be seen on the ground. The stage is set for an electrifying matchup this Wednesday. Who are you rooting for this time? Sound off in the comments.