Qatar has become the first Arab country to host the first FIFA World Cup. And guess what? The much-awaited FIFA World Cup 2022 Official Soundtrack is out! Qatar will witness 32 teams fighting for glory and honour. Let’s dive into this year’s soundtrack!

Hayya Hayya it is!

Remember the iconic 2010 FIFA World Cup Song by Shakira? Well, this year’s FIFA song has nothing to do with her. Phew, Waka Waka does rhyme a bit with Hayya Hayya, which is the official song for this year’s world cup.

It’s always been a ritual for FIFA to enrol a native singer for its Anthem and this time, it’s Aisha. The track, titled ‘Hayya Hayya, featured the Qatari native along with American artists Trinidad Cardona and Davido. 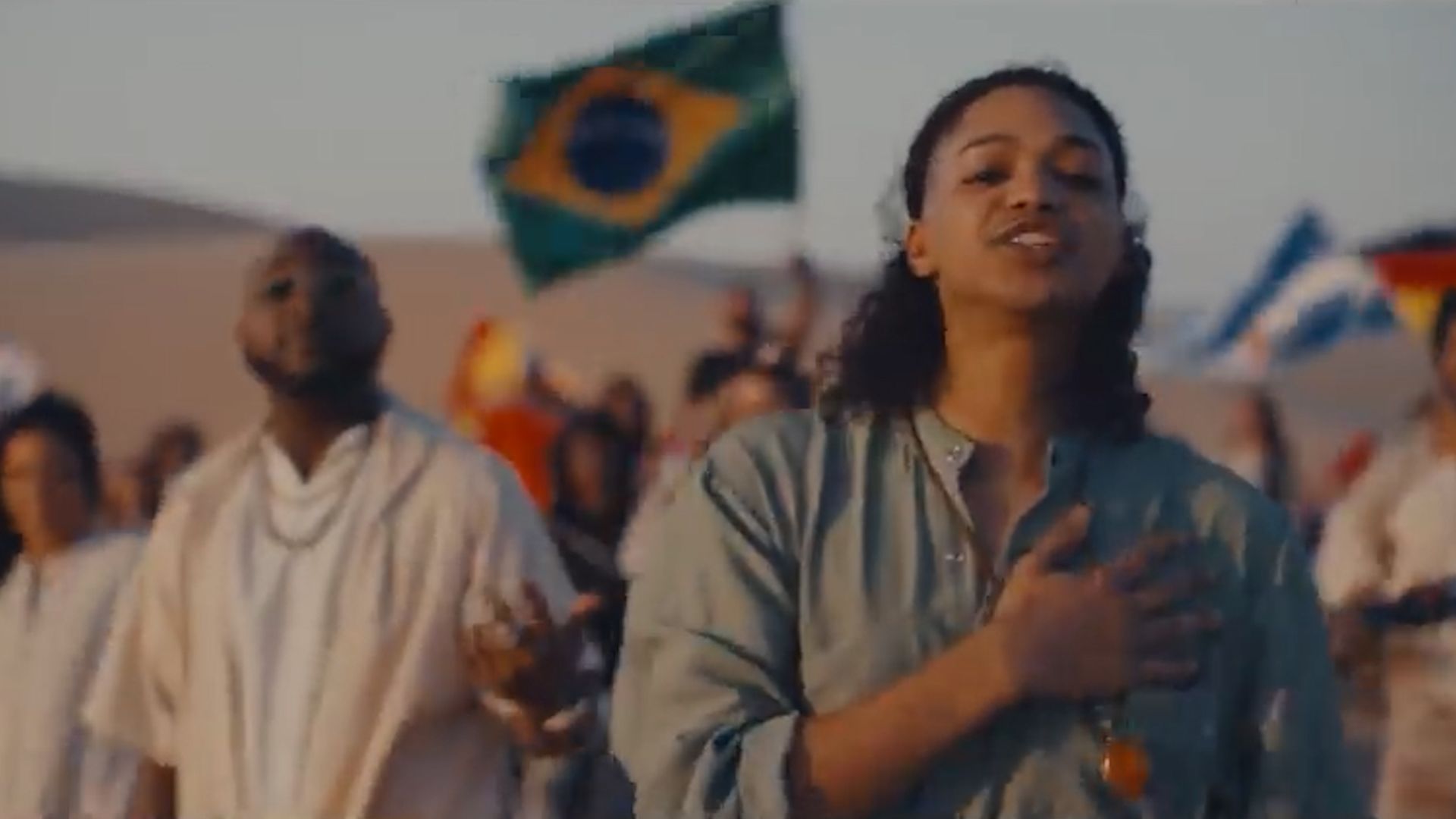 If you’re wondering what Hayya Hayya means, let me enlighten you. The two words mean Better Together. This means, unity in diversity. Well, we’d be seeing 32 countries coming together and fighting with honour, for glory.

What does the song signify?

Sincere The joy would have been complete if Nigeria had managed to qualify. But just like the song admonishes us, we better together still so let’s support Africa to bring it home

The song is the first release from a multi-song soundtrack for the tournament, which is set to kickstart in November. In an official statement, FIFA stated that the song “epitomises the excitement of a football festival that will light up the world later this year”.

Aisha who is originally from Qatar can’t is more than honoured to be a part of this year’s world cup. She can be seen in her traditional attire on the cover of this soundtrack. She stated:

“I am blessed and honoured to exist in these exciting times, where I get to witness and be part of this huge milestone for my country, Qatar.”

Honored to be a part of the 1st official 2022 FIFA World Cup single“Hayya Hayya”(Better Together) ft @davido & @aishaofcl special thanks to hitmaker & FIFA entertainment director @RedOne_Official for putting this together & thanks to @fifaworldcup and @katarastudios #WorldCup pic.twitter.com/EtrEJ33ZvM

This is the first time that the FIFA anthem will feature a multi-song collection, with international artists revealing diverse music genres. Get ready because this time you’d be dancing to the beats of a truly global celebration.

FIFA is living up to its strategy to connect with audiences worldwide through the shared passion for music and football. They created this strategy in 2021 to boost innovative and meaningful connections between football fans and music enthusiasts worldwide. Hayya Hayya is a live example of the same.

Fans all across the world are going crazy for this song. Some fans listed this song on the top followed by Waving Flag, Oh Africa and Waka Waka. Some fans went on to state that featuring Davido on the song means a win for Nigeria. Well, I would say, only if they qualify.

Some fans state that they can never get over Waka Waka. Now, that’s my favourite too because I remember climbing the water tank and dancing to its beats during the 2010 World Cup. Have a look at some of the reactions:

Davido being featured on a World Cup soundtrack is a win for Nigeria. 🥂 It is not a special moment only for Aisha. The Arizona-bred pop singer Trinidad and African artist Davido are equally excited to be a part of the 2022 FIFA World Cup. Trinidad Cardona shared his passion by saying:

“When I first heard the song, I was instantly put in a good mood. It’s a celebration, it embodies everything the FIFA World Cup stands for. People from all around the world coming together, and I just love that message.”

Davido, on the other hand, expressed this excitement by saying:

“I’ve grown up all over the world. And the more I travelled, the more I realised that we are all one, one people, one world. So, when this came to me, I jumped on it. To be a part of this event that brings together the whole world, and to be a part of this song? ‘We are better together’ went right to my heart. Beautiful, man, beautiful. How could I say no?”

I must confess that the 2022 FIFA Worldcup is a celebration of the world. The song embodies everything that the glorious cup stands for. When I heard the song, even I could feel the vibes. Did you hear it? If not, hit it right away!