Frank Gore vs. Deron Williams: Date, Time and How to Watch Live?

Frank Gore and Deron Williams are the next pair of sportsmen trying their hands in boxing. Frank Gore vs Deron Williams is set for December 18 on the undercard of Paul vs Woodley, find out how to watch it live from anywhere. 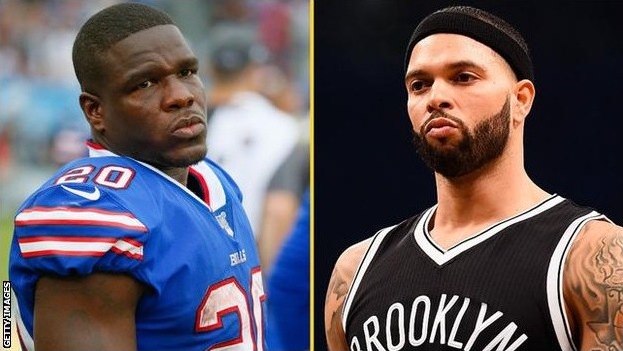 Frank Gore, now 38 years old, isn’t currently active in Football but now has turned his attention towards boxing. On the other side, Deron Williams, the three-time NBA All-Star, and two-time Olympic gold medalist also has the same intentions. As a result, both the former sportsmen will compete in a squared circle.

This PPV was earlier headlined by YouTuber-turned-boxed Jake Paul and Tommy Fury. However, in a surprising turn of events, Tommy Fury had to withdraw due to injury. So, Tyron Woodley will fight against Jake Paul instead for the second time.

The card looks awesome with multiple high-profile fights set. Here is everything that you need to know about this much-awaited fight between an ex-NFL star and an ex-NBA star.

The former NFL and NBA stars will fight against each other in the Squared Circle on December 18, 2021. The boxing match will be on the undercard of the PPV headlined by the “Leave No Doubt,” which is the second chapter in the Jake Paul vs Tyron Woodley saga.

The Showtime PPV will take place at the Amalie Arena in Tampa, Florida. The tickets are available on Ticketmaster, and cost from $25 to $1000 depending upon the seats. 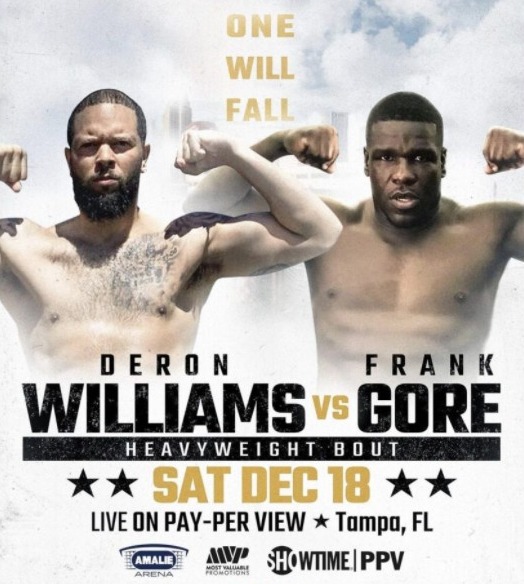 Frank Gore vs Deron Williams will be a four-round boxing match with regular stipulations and no special ones. It will take place at 215 pounds with four, three-minute rounds. The card will start at 9 PM ET/ 6 PM PT (2:00 AM UTC) with Gore vs Williams set just before the main event.

How to Watch Frank Gore vs Deron Williams live?

The Frank Gore vs Deron Williams will be on the undercard which Paul and Woodley will main event. The PPV will be available on Showtime (on TV) and Sho.com, and the Showtime app (for Live Stream) in the USA. Showtime is also offering a free trial currently that you can use to stream this fight.

The UK and Ireland viewers can catch the PPV live on BT Sport Box Office. The viewers in Australia can catch it live on Main Event and Kayo Sports. Apart from these, Fite TV holds rights as the official broadcaster for the PPV in any unsold market. 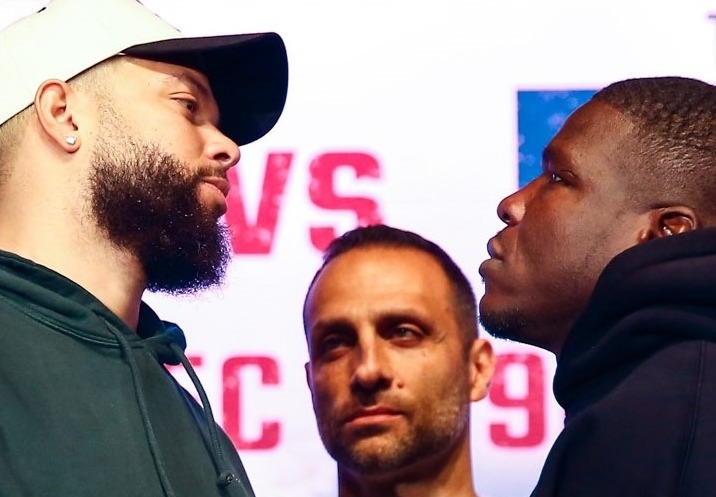 Check out the full fight card for the PPV headlined by Paul vs Woodley taking place on December 18:

The Frank Gore vs Deron Williams fight will take place before the Jake Paul vs Tyron Woodley main event.

Both Gore and Williams are more than ready to fight. When Showtime Sports held a press conference back in November, Gore said in a statement that “I’m excited to be fighting on this card and can’t wait to show the world what I’ve been working on. Boxing has me excited, and on Dec. 18 expect fireworks!” 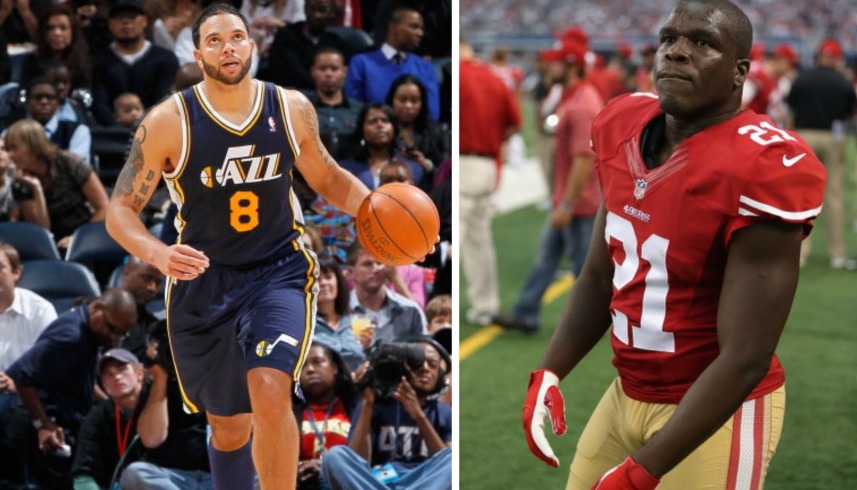 On the other hand, Williams also said that “I’ve always wrestled all the way until high school and always been a big boxing and MMA fan. I’ve done a lot of training at my gym, Fortis MMA, in Dallas for the past six years. I’ve always wanted to do an MMA fight. I got a call from Nakisa (Bidarian) who I hadn’t talked to in five years and he said Frank Gore was training and looking for an opponent, and I felt like it was a great opportunity.”

Gore has been a beast on the Football field as a running back. He has a history of bringing down opponents. However, Williams has a height advantage standing at 6’3 while Gore is only 5’9.

Still, Gore has everything to turn the odds into his favor, and he looks very confident. It is very difficult to pick anyone at this moment. The odds are somewhat favoring Williams and Gore is the underdog but I’ll go with him.

Gore has been Working on a Transition to Boxing

Frank Gore revealed in September that he has been working on a transition to boxing for a long time now. He was among the toughest NFL players in recent times, and will definitely make the Pro Football Hall of Fame one day.

As a Running back, one can clearly understand the strength of Gore that he actively played Football until the age of 37 years. He also reportedly received interest from NFL teams this year but opted out to focus on his boxing training. 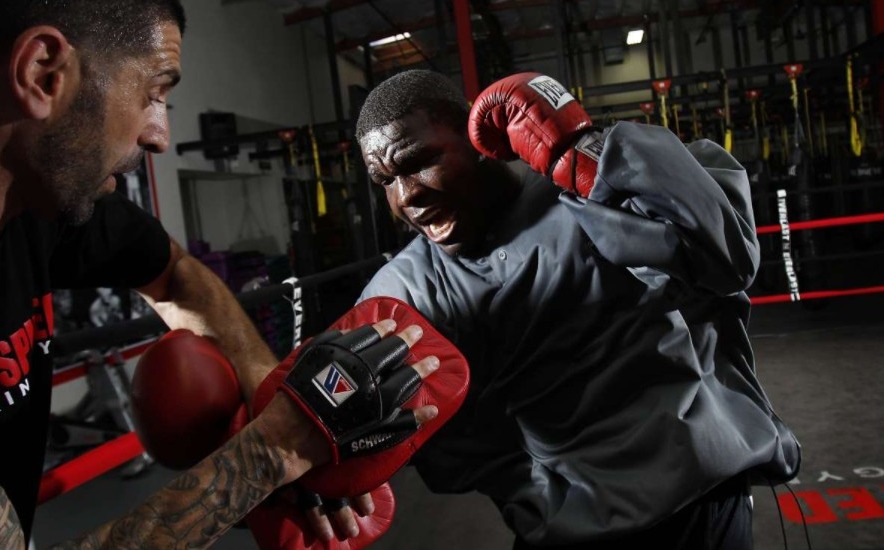 He is also known to use boxing as a training method throughout his NFL career. All of this made him believe he could be the one to ace the squared circle.

Williams already has a background in MMA

Deron Williams has been a very successful basketball player but he last played in NBA in 2017. However, he also has a brief history of combat sports and MMA. He is a two-time Texas state champion in wrestling at 67 pounds and 112 points.

He had won the titles before entering high school and then transitioned to basketball after accepting a scholarship to Illinois. Williams revealed his interest in fighting in 2015 when he joined Dallas Mavericks. 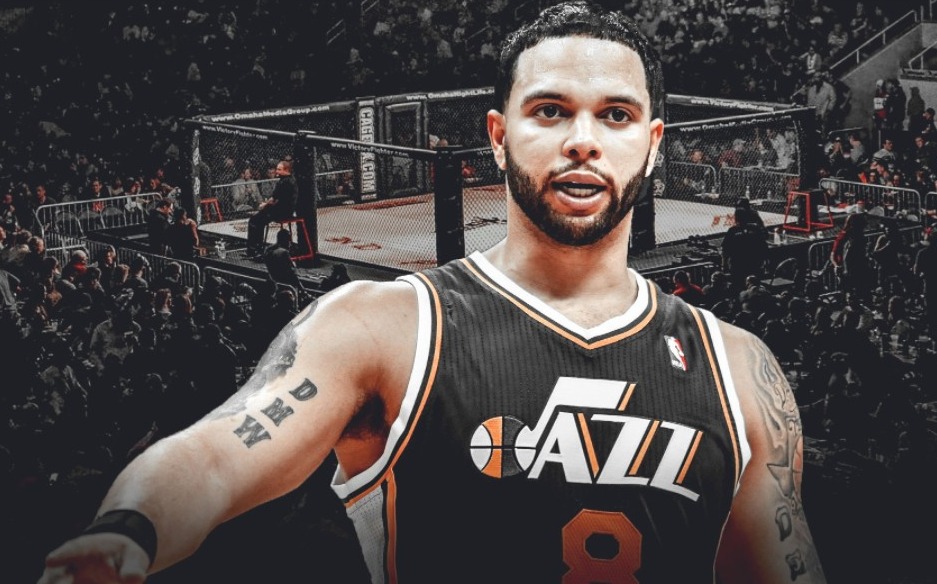 He is also the co-owner of Fortis MMA in Dallas where he has been hanging out with some legitimate fighters. With both the legends looking ready to draw blood, fans are really hyped for December 18. I hope it comes soon!