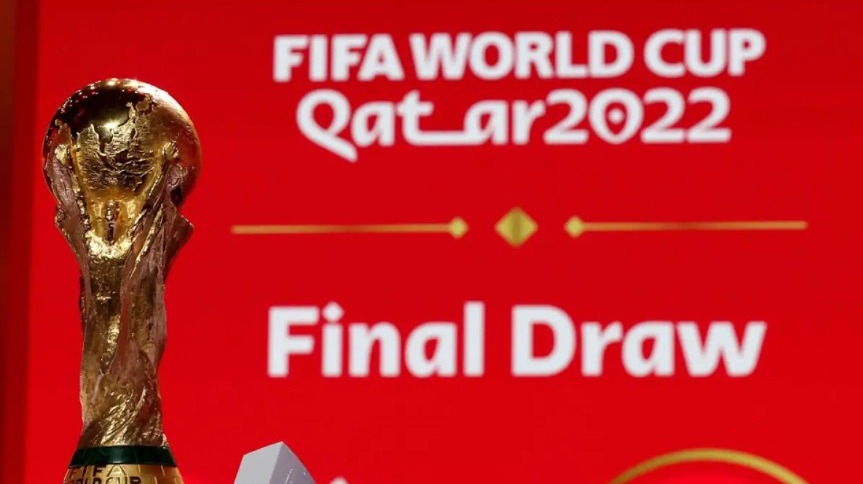 The FIFA World Cup is heading to the Middle East for the first time in its history. The most prestigious championship of football will commence in November, instead of the regular June/July slot, due to the scorching heat of the summer in the Middle Eastern region.

A total of 32 teams will participate in the event, which are divided among eight groups, from Group A to Group H. 29 of them have been confirmed while two will be decided with the Intercontinental Play-offs taking place on June 13 and 14, and the last one will be decided by a European play-off between Wales and either Scotland or Ukraine.

The countdown has begun to the global Football tournament to crown the champions of the world. The schedule is out, the theme song is out, and the Official Match Ball- Al Rihla has been revealed.

The FIFA World Cup 2022 Draw has decided the groups consisting of four teams each from varying regions. 32 teams have been divided into eight groups from A to H. The hosts are drawn into Group A as per the tradition which also consists of the Netherlands, Ecuador, and Senegal.

The USA is drawn against England in Group B, which is one of the front-runners to claim the title this time, while the other team in the group is Iran. Another European team will join the group from Wales, Scotland, or Ukraine.

Group C consists of Argentina, Mexico, Saudi Arabia, and Poland, while Canada is put into one of the toughest groups, which is Group F consisting of Belgium, Morocco, and Croatia, the runner-ups of the last World Cup.

The #FIFAWorldCup groups are set 🤩

Take a look at all the Groups for the FIFA World Cup 2022:

Which Group is the “Group of Death” this time?

At every FIFA World Cup, there is a group that consists of all the toughest teams or rival nations. This is group is informally known as the “Group of Death.” This group often leads to a front-running nation for the championship being booted out of the tournament at the group stage.

At the last FIFA World Cup in Russia, the Group of Death consisted of Germany, Mexico, South Korea, and Sweden. It led to Germany, who had many predicted to be the winners of the tournament, crashing out after only winning just one game in the group stage.

This time, Group E is seeming like the Group of Death having Spain, Germany, Japan, and the winner of a play-off between New Zealand and Costa Rica. Another group with some geopolitical tension is Group B including the US, England, Iran, and either Wales, Scotland or Ukraine.

Canada is also stuck in a tougher group having the runner-ups- Croatia, Belgium, and Morocco. We may see The Great White North crash out of the group stage with the courtesy of its groupmates.

Which team has got the Easiest Group?

Group A seems like the easiest group in FIFA World Cup 2022 having the hosts and 52-ranked team Qatar, Ecuador, Senegal, and the Netherlands. The Netherlands is certain to move to the next stage unless we see a major upset.

Sure, Qatar is NOT Brazil-caliber but I remember watching them against #USMNT in the @GoldCup and they were no pushover team #WorldCupDraw

Qatar is being considered a pushover considering the rank, however, it is actually ranked higher than Russia when it hosted the FIFA World Cup in 2018. Russia reached the quarterfinals of the tournament. There are good hopes for Qatar as well.

Now that the FIFA World Cup 2022 Groups are here and the Draw is over, the complete fixtures and match schedule for the tournament have been decided. The World Cup will begin on November 21, 2022, and will go on for 28 days with the final taking place on December 18, 2022. 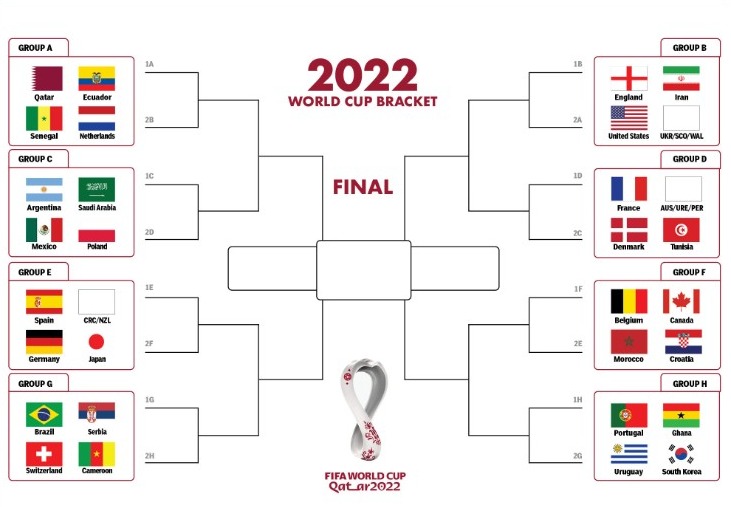 Ultimately, the final will be played on December 18 to crown the winner of the prestigious FIFA World Cup who will dethrone France as the current Champions.

Here is a group-wise schedule of the FIFA World Cup 2018 for the Group Stage:

These are all the matches that will take place at the Group Stage and will decide the Round of 16.

Which teams do you think will move to the next stage from each group? Pour down your thoughts in the comments section.