The ESPY Awards 2022 was a star-studded affair. The acronym ‘ESPY’ stands for ‘Excellence in Sports Performance Yearly.’ These awards are held every year to recognize and honor individual and team athletic achievements.

The award ceremony took place on Wednesday, July 20, 2022, at the Dolby Theater in Los Angeles, California. Continue reading to know whether your favorite athlete took the prestigious trophy home or not? 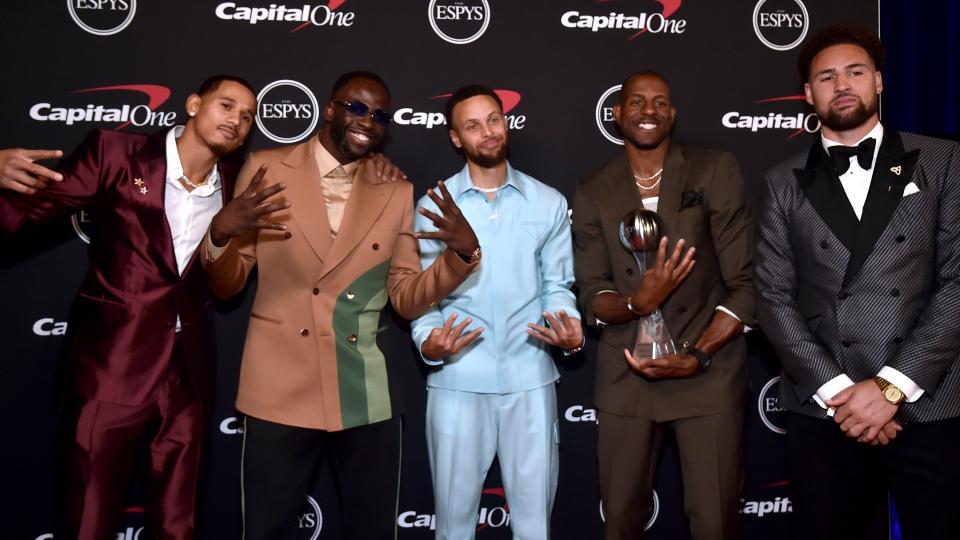 Who won the award for Best Athlete at the ESPY Awards 2022?

The biggest honor of the night, the award for Best Athlete went to Shohei Ohtani, Los Angeles Angels in the male category. Meanwhile, in the female category, the award was bagged by Olympic gold medalist Katie Ledecky.

When we ponder over the Best Breakthrough Athlete, freestyle skier, Eileen Gu, took the award home. Stephen Curry secured the award for Best Record-Breaking Performance as he made history with the most 3-pointers in an NBA game.

Not only that, but Curry also won the award for Best NBA Player at the ESPY Awards 2022. In his award-winning speech, he joked and said, “The only reason I really wanted to host is I thought that I would be able to present myself with the award.” This year, the ESPY Awards were hosted by none other than Golden State Warriors Champion Stephen Curry. We must say, Steph surely knows how to put up a good show for his fans. His wife Ayesha and their two daughters, Riley and Ryan also joined him for the award show. The Curry family brought their A-game to the red carpet of the ESPY Awards 2022.

And just when we thought Stephen Curry’s year couldn’t get any better it just did on Wednesday. He won many trophies this year including the All-Star Game MVP, the Western Conference Finals MVP, the NBA Finals MVP and the 2022 NBA championship and now he has added two more awards to his award cabinet.

The ESPY Awards 2022 took place on Wednesday night at the Dolby Theatre in Hollywood, California, and was broadcast on ABC. Curry kickstarted the award show with a monologue in which he took jabs at various teams and players as well. At one point, he even offered Grant Williams a chance to wear one of his rings. After a while, Draymond Green’s podcast happened and it had everyone in splits. The audience laughed its head off all the way throughout his podcast. Soon afterward, we saw Stephen crack a couple of jokes that were left on the cutting room floor.

During the award show, Curry also went on to say that Celtics is his child. He also mocked plenty of NBA fans, including those of the Lakers, Celtics, and Heat. He performed many skits throughout his hosting gig and did a pretty good job with it.

Some of the biggest names in the world of sports marked their presence at the ESPY Awards 2022. Title IX was also mentioned several times throughout the night. We also got to hear some strong messages at the award show. Overall, the award show was full of beautiful and memorable moments that are going to last forever. We send our heartiest congrats to all the winners of the ESPY Awards 2022. May all the great stars continue to entertain their fans and followers in the times to come as well. Don’t forget to stay tuned with us for the latest updates from the world of showbiz.

Meenal Mehta
Hi, I am Meenal. I'm a travel enthusiast, a movie buff and a cricket fan all wrapped in one. I love to capture moments through my words. Writing is my happy space, it has been a great way of putting all my thoughts out and feel liberated.
RELATED ARTICLES
Sports