Benfica will host Liverpool this Tuesday in the first leg of the UEFA Champions League 2021-22 Quarterfinals. Find out when and how to watch Benfica vs Liverpool live stream from the US, UK, Canada, Australia, New Zealand, or anywhere. 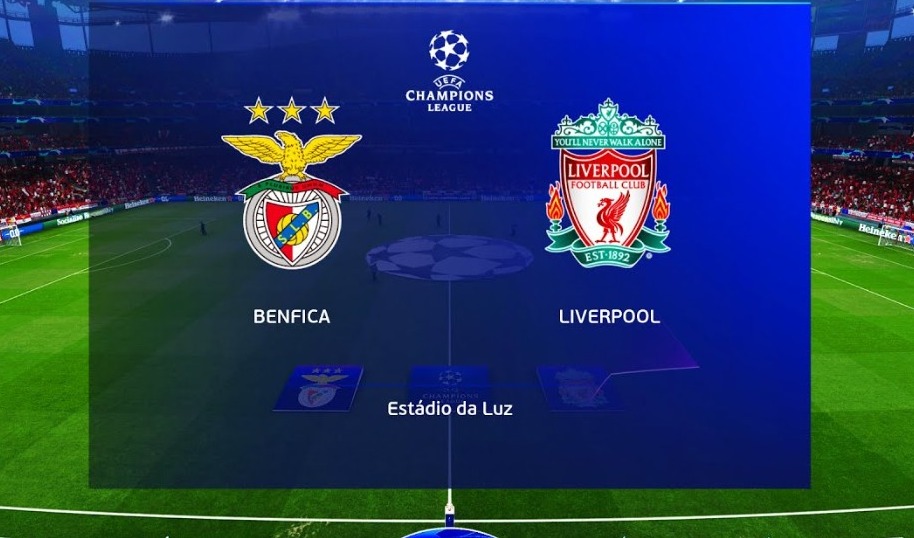 The UCL Quarterfinal Benfica vs Liverpool match will take place on April 5, 2022, at Estádio do Sport Lisboa e Benfica in Lisboa. The Portugal giants will be looking to gain the home advantage and counter the English side’s fierce frontal attack.

Benfica has been an underdog for most of the early phases of the league and weren’t the frontrunners against Ajax in the Round of 16. However, they beat Ajax with an aggregate of 3-2 after winning the return leg by 1-0.

On the other side, Liverpool is a big favorite to move into the semis and claim their fourth title of the season. The Reds won their group with 18 points over Atletico Madrid who also has a spot in the Quarterfinals.

How to Watch Benfica vs Liverpool UCL 2021-22 Quarterfinal Live Stream from anywhere?

Benfica will take on Liverpool at their home grass this Tuesday with hopes to advance to the next round of the Champions League. However, Liverpool wouldn’t be an easier side to knock down and is among the front-running contenders for the title this year. 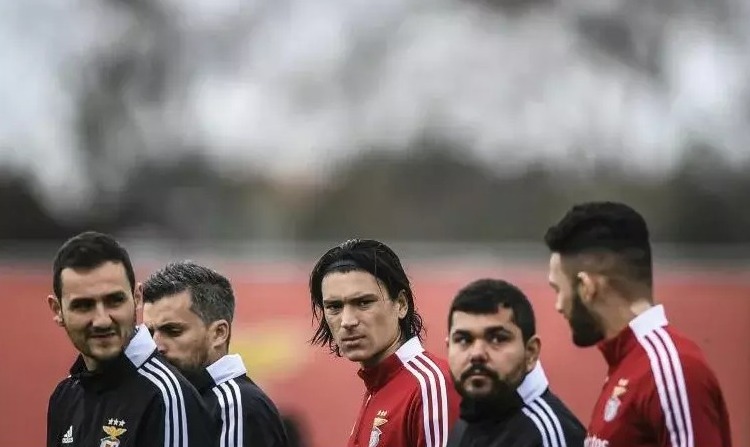 The thrilling match will be broadcasted live on TV and other platforms via UEFA’s official and exclusive broadcasting and streaming partners in every region.

Watch Benfica vs Liverpool live stream in the US & Canada

The viewers in the United States can watch Benfica vs Liverpool live on TV using CBS (English coverage) and Univision (Spanish coverage) channels, whereas, the live stream will be available via fuboTV and Paramount Plus. 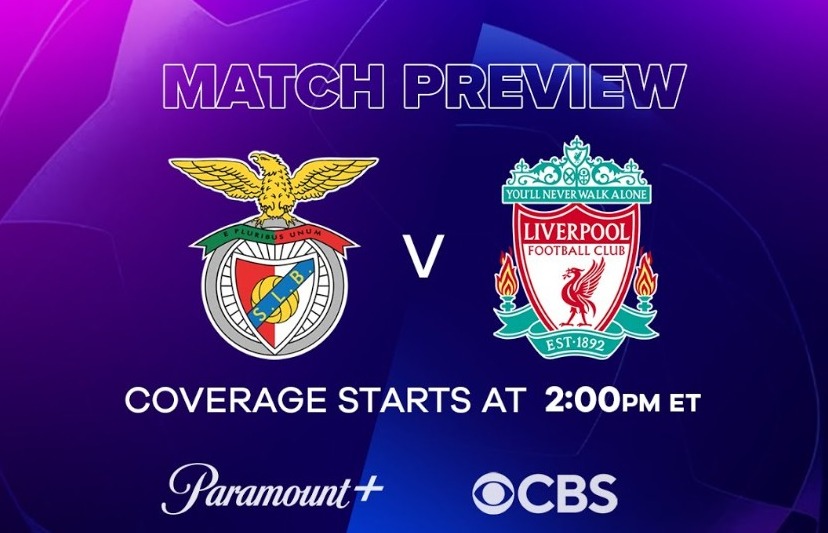 In Canada, viewers can watch Benfica vs Liverpool live on DAZN, which is a global live sports streaming service. You can purchase its monthly subscription for only CA$20, or go for an annual subscription costing CA$150.

Watch Benfica vs Liverpool live stream in the UK and Europe

The viewers in the UK can watch Benfica vs Liverpool live on the BT Sport 3 channel while the live streaming will be available on the BT Sport app and website for subscribers only. If you do not have a subscription, you can buy the BT Sport Monthly Pass costing £25 only. 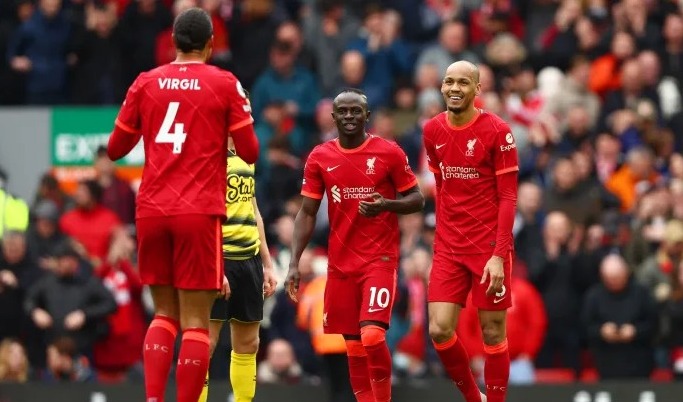 The viewers in Australia can watch Benfica vs Liverpool on Stan Sport which is available on a variety of devices including TV, Android smartphones, iOS devices, Chromecast, and more. You can get it for only AU$ 20 a month including the Sports add-on. The live coverage will begin at 5:00 AM on Wednesday, April 6, 2022.

The viewers in New Zealand can watch Benfica vs Liverpool on Spark Sport which is also available on a wide range of devices. You can get it for only NZ$ 24.99 a month. If you are a new user, you can also get a 7-day free trial to watch the match for free. The live coverage will kick off at 8:00 AM on Wednesday, April 6, 2022.

The viewers in the Middle East including the ones in Saudi Arabia and the UAE can watch Benfica vs Liverpool on beIN Sports. You can watch the channel via your local cable operator or streaming service. The live coverage will start at 11:00 PM Dubai time.

Benfica vs Liverpool : The visitors are in great form and seem to be giving their all in CL and the league. They're far from invincible and a blip could occur like the Inter 2nd leg, but there's a very low chance of Benfica coming out and hurting them.
Score : 1 – 3 pic.twitter.com/k6ij49dSTI

In India, viewers can watch Benfica vs Liverpool live on Sony Ten 1 and Sony Ten 1 HD while the live stream will be available on the SonyLIV and JIO TV apps. The live coverage will kick off at 1:30 AM IST on Wednesday, April 6, 2022.

Liverpool vs benfica is a bigger game

Sony Pictures Network is also the official broadcasting in other Asian countries including Pakistan, Sri Lanka, and Bangladesh. In Malaysia, the match will be broadcasted live on beIN Sports.

Here is a full list of TV Channels, apps, and websites to watch the Benfica vs Liverpool match live from any country:

Benfica vs Liverpool: What to Expect?

Benfica and Liverpool are both on a good run recently and do not have major injury concerns. For Benfica, Haris Seferovic is returning with full fitness, however, Rodrigo Pinho, Adel Tararabt, and Lucas Verissimo will stay out due to injuries.

Nicolas Otamendi and Jan Vertonghen will also be available to help the side advance to the next round. 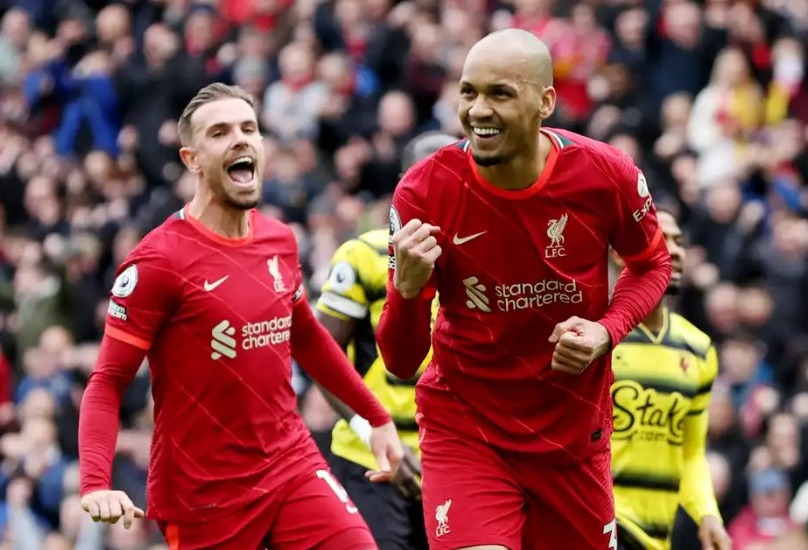 For Liverpool, there is good news as Trent Alexander-Arnold who was expected to be out for weeks due to a hamstring issue has returned already. He may feature in the starting eleven on Tuesday. Joel Matip and Curtis Jones will also likely return for the Quarterfinals.

With Liverpool being at full force, Benfica will surely have a hard time taking them down. However, the Portugal side has shown great resistance in recent times, especially with their defense. Whereas, Liverpool is known for its brilliant offense led by Mohamed Salah.

It will be an absolute thriller when two sides with contrasting strengths collide this Tuesday. Do not miss this potential high-voltage encounter.

Which team are you supporting this time? Sound off in the comments section.