Adidas has revealed Al Rihla, the Official Match Ball for the FIFA World Cup 2022 held in Qatar. This is the 14th successive ball that the company has created for the FIFA World Cup. Adidas claims that this ball is going to be the “fastest ball in flight” to support high-speed and high-quality games. 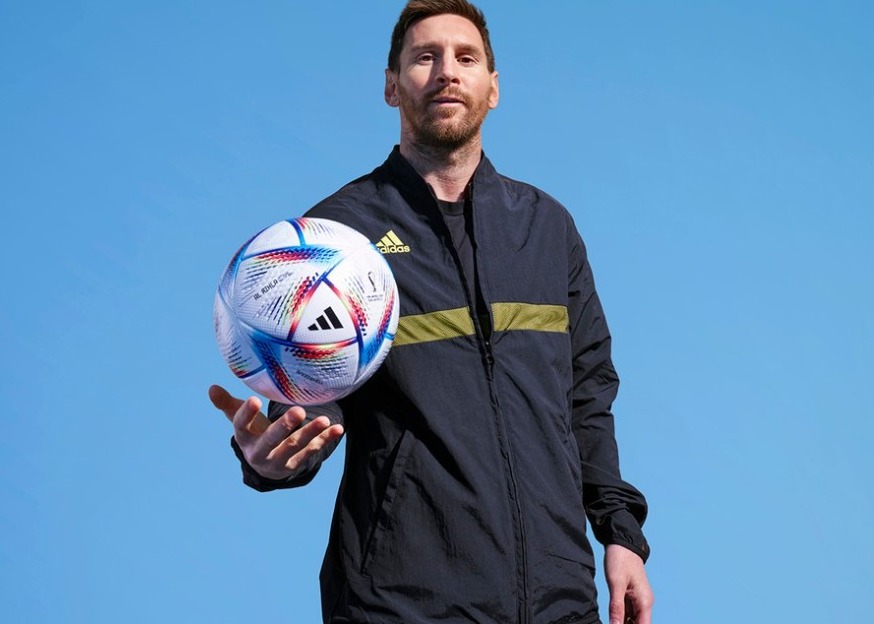 They have also revealed that the ball is inspired by the rich culture, architecture, and iconic boats and flags of Qatar. Last time, Telstar 18 was used in the FIFA World Cup which was also created by Adidas.

Jean-François Pathy, FIFA’s Director of Marketing, said, “This is a stunning, sustainable, and high-quality Official Match Ball from Adidas that will be enjoyed by stars performing at the top of their game on the world’s biggest stage in Qatar, as well as grassroots players everywhere.”

Al Rihla by Adidas is the Official Match Ball for the FIFA World Cup 2022 in Qatar. It is the 14th successive ball that Adidas has created for the World Cup. Al Rihla is specially designed from the inside out using data and rigorous testing at the Adidas labs, in wind tunnels, and on the pitch by football players.

This has helped Adidas to deliver Al Rihla as the ball with the highest levels of accuracy and reliability on the field of play with a new panel shape and surface textures. It is also the fastest traveling ball in flight in the tournament’s history. This will help the ball to keep up with the high-speed and high-quality games of the tournament.

The official match ball for the 2022 FIFA World Cup is here.

Franziska Löffelmann, the Design Director – Football Graphics & Hardwear at Adidas has mentioned, “The game is getting faster and, as it speeds up, accuracy and flight stability become critically important.”

Al Rihla features 20 panels of the ball to support enhanced aerodynamics, and help players improve the accuracy and swerve of their shots. This new design and surface textures also help the ball to stay stable and travel significantly faster in the air. 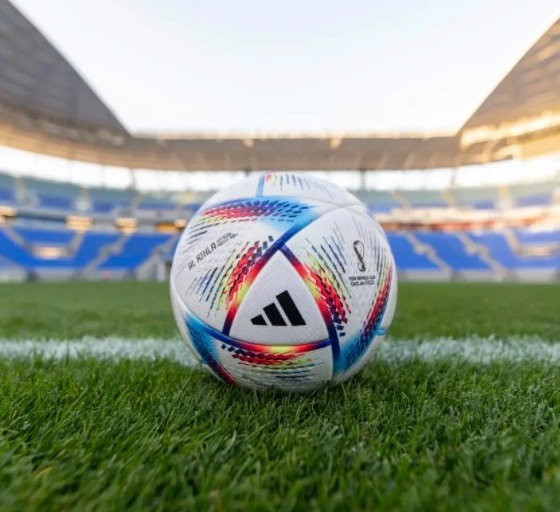 The key features of Al Rihla include: 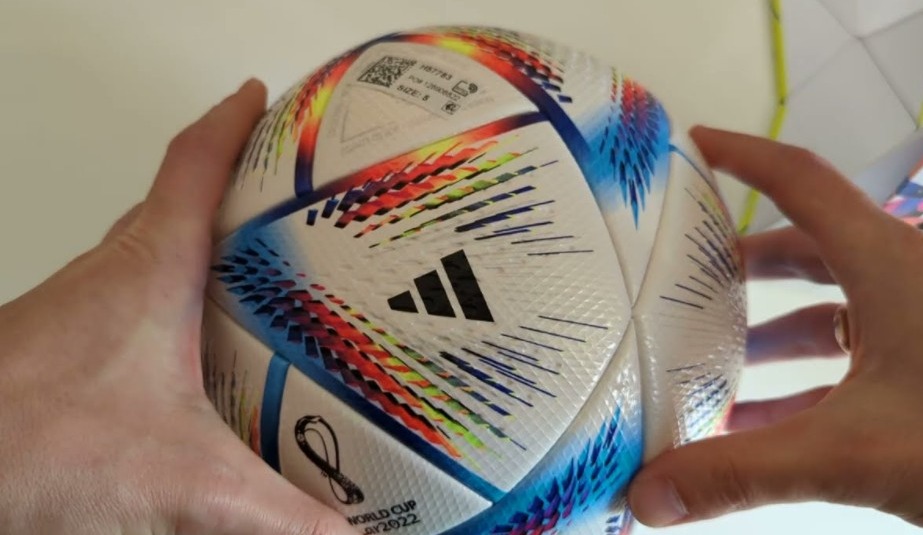 Franziska Löffelmann has also mentioned, “The new design allows the ball to maintain a significantly higher speed as it journeys through the air. For the biggest global stage in all of sport, we set out to make the impossible possible with radical innovation by creating the fastest and most accurate FIFA World Cup ball to date.”

Al Rihla: What does its name mean?

The name “Al Rihla” means “The Journey” in Arabic. It is inspired by the culture, architecture, and iconic boats and flags of the host country- Qatar. The Match Ball features bold and vibrant colors set on a pearlescent background to represent Qatar and the ever-increasing pace of the game. 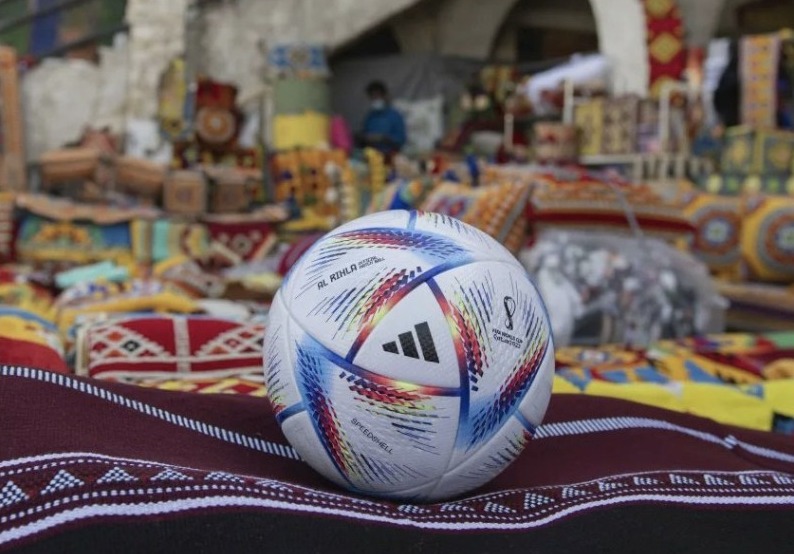 Al Rihla will make its first public appearance alongside the game legends like Iker Casillas, Kaká, Farah Jefry, and Nouf Al Anzi. They’ll join a diverse mix of talents including the female footballers from Qatar, the UAE, Saudi Arabia, and Egypt along with the next-generation players from the  Aspire Academy in Doha.

Al Rihal’s launch will make the beginning of its journey to ten cities across the world. These cities include Dubai, Tokyo, Mexico City, and New York among others where Adidas is coming up with a series of initiatives focused on enhancing access to and equity in sports amongst local communities.

How much does Al Rihla Cost?

The Official Match Ball of the FIFA World Cup 2022, Al Rihla, will be exclusively available on the Adidas Online Store and Adidas Retail Stores starting Wednesday, March 30, 2022, and until Tuesday, April 12, 2022.

Al Rihla will be available for the following prices in different regions:

You cannot apply any promotions and discounts on the purchase of this ball. Adidas will donate 1% of each sale to the Common Goal charity.

The FIFA World Cup 2022 Qualifiers are currently going on while the main campaign will kick off on November 21, 2022, and will run until December 18, 2022. We will keep you updated on everything about the biggest Football festivity in the world.