Who was Gonzalo Lopez, the Escaped Prisoner who is Now Killed in a Shootout in Texas

Cartel killer Gonzalo Lopez, 46 had been on the run since escaping a prison bus on May 12 in Leon County. Gonzalo, who became a “prime suspect” in the murder of five, including one adult and four children, was killed late Thursday in a shootout by the authorities. Read on to learn more about who Gonzalo Lopez was.

Who was Gonzalo Lopez? Gonzalo Lopez was a 46-year-old man convicted of capital murder in 2006 and was serving a life sentence before his escape. Several reports state that Lopez was charged with killing a man near the southern border with a pickaxe.

He also kidnapped the victim and wanted to extract a ransom from his wife over a drug debt before fatally striking the former. In addition to the stabbing incident, Lopez’s criminal record shows that he committed multiple offenses in Hidalgo County.

Lopez was affiliated with the “Mexican Mafia” and had ties to San Antonio and the Rio Grande Valley. In 2006, he was sentenced to life in prison after being convicted of capital murder and aggravated kidnapping.

He received a second life sentence in 2007 for attempted capital murder. In 1996, he received two eight-year sentences for two counts of aggravated assault. Gozalo was named under the “Texas 10 Most Wanted Fugitives” under a reward of $50,000 which has now been withdrawn following his capture.

Lopez made headlines after he reportedly escaped prison in Leon County, Texas, on May 12. The Texas Department of Criminal Justice (TDCJ) officials now say that officers found four minors and one adult dead earlier today inside the home in Leon County. Lopez was named a “prime suspect” in these killings.

How Did Gonzalo Lopez Escape?

Correction: The TDCJ received updated information regarding the victims. The victims included one adult and four minors. Law enforcement remains on scene and continues to process incident information. https://t.co/OkYxXXbdZ4

According to the Texas Department of Criminal Justice, the inmate was being moved from Gatesville to Huntsville for a medical appointment on a prison bus before the escape. TDCJ spokesperson Robert Hurst revealed that Lopez allegedly managed to get his hands free from the restraints and entered the driver’s area before stabbing the driver, Officer Randy Smith, in the hand. He said:

“They got into a physical altercation while Officer Smith was driving the bus. He stabbed Officer Smith in the left hand with some sort of object. Officer Smith struggled with him trying to keep him from getting his service revolver — his weapon.”

Cartel Killer Dies in a Shootout

A 1999 white Chevrolet Silverado, license plate DPV4520, was missing from the residence. It is believed that the escaped inmate, Gonzalo Lopez, may be driving the vehicle and may be armed.

The Texas Department of Criminal Justice says cartel killer Gonzalo Lopez is now dead. Officials stated that Lopez was travelling in the Chevrolet Silverado belonging to a family that they believe he may have killed in Leon County.

Authorities also revealed that the vehicle matching one that Lopez fled in from Leon County was spotted by deputies with the Atascosa County Sheriff’s Office. They said that deputies used a device to deflate the vehicle’s tires outside Jourdanton, Texas, and Lopez came out of the truck shooting an AR-15 at officers. 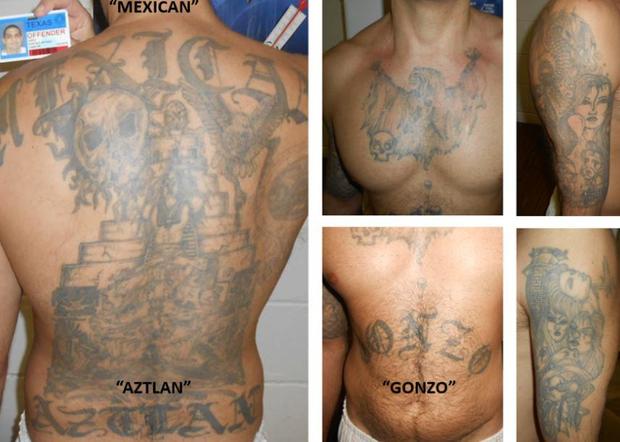 Officers there engaged in gunfire with Lopez, killing him, according to Jason Clarke with TDCJ. There is no word yet on where Lopez was travelling. The investigation is going on regarding the gruesome discovery inside a home near Centerville, where the bodies of two adults and three children were found.