Anna Moriah “Mo” Wilson’s murder has left the cycling world in shock! The 25-year-old Vermont-native star cyclist was shot dead days before a 150-mile bike race she was favoured to win. Her friend found her on the ground unconscious and covered in blood on May 11. Read on to know more about this cyclist and who killed her. Who was Anna “Mo” Moriah? Anna Moriah was born on May 18, 1996, in Littleton, N.H to Eric and Karen (Cronin) Wilson. The Vermont native grew up in Kirby and attended Burke Town School, The Riverside School (2010), and Burke Mountain Academy (2014). She pursued a Bachelor of Arts in Engineering in 2019 from Dartmouth College.

Moriah was a professional bike racer and worked as a demand planner for Specialized. In alpine skiing, Moriah rose to the level of a nationally ranked junior skier, placing 3rd in the 2013 U.S. Junior National Championship Downhill event. While at Dartmouth, she was a member of the Alpine Ski Team – fulfilling a childhood dream.

Moriah also enjoyed cooking, writing, and travelling. She is survived by her parents and brother: Eric, Karen and Matthew Wilson, all of Kirby, Vermont, her grandmother: Marilyn Wilson of Montpelier, Vermont, and numerous aunts, uncles, and cousins. Anna was killed seven days before her 26th birthday. 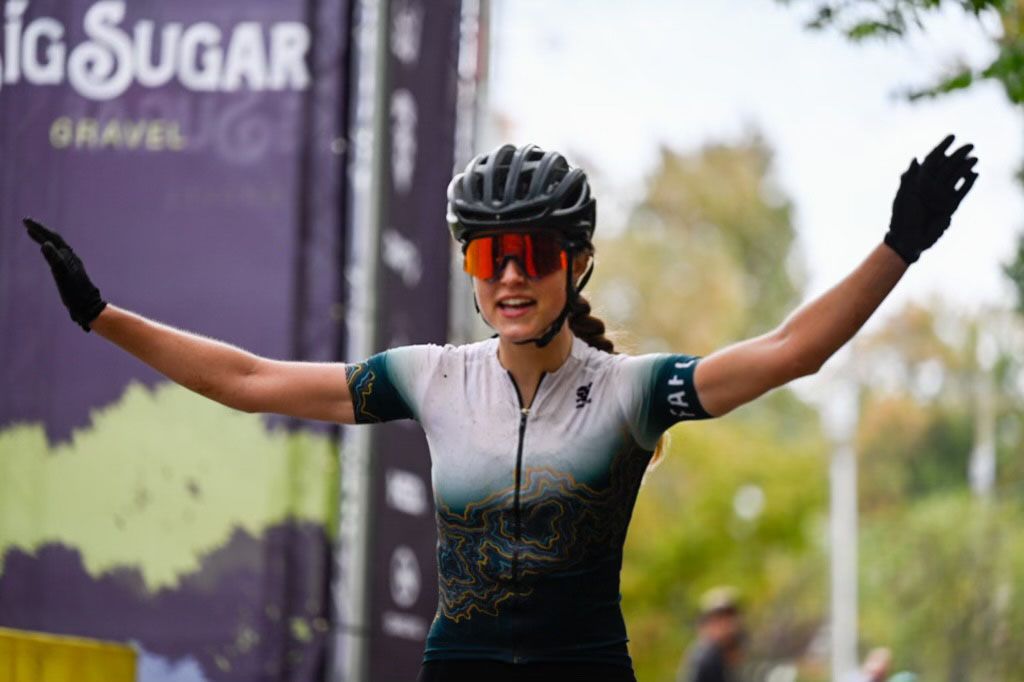 Anna Moriah’s love for biking started at a young age. Growing up in the Northeast Kingdom of Vermont, Anna spends hours on the kingdom Trails furnishing her skills and strength as a biker. Despite an engineering degree, she continued to pursue her athletic dreams as an elite bike racer. Anna’s perseverance reaped results! In just two seasons, she rose to the top of both mountain and gravel racing in the nation, having earned numerous victories and podiums. A few weeks before her death, she chose to leave her job at Specialized and become a full-time professional bike racer.

Most importantly, Moriah’s recent dream was to channel her success into ways to give back and inspire others around the world. Mo recently chose to call Vermont home again with a vision to create a local community space in East Burke, Vt. where bikers could gather throughout the day, feel welcome, and share a good cup of coffee and a bite of locally sourced food.

How did Anna Moriah Die?

The former competitive skier from Vermont was considered one of America’s top gravel and mountain cyclists. Authorities in Austin, Texas, confirmed that the world-class gravel cyclist Anna was fatally shot on May 11 in the area for a competitive race. Moriah was going to compete in a 150-mile bike race.

Authorities in Austin, Texas, have confirmed that world-class gravel cyclist Anna Moriah Wilson was fatally shot last week while in the area for a competitive race. According to a statement from Austin Police, Wilson died May 11 from multiple gunshot wounds. She was killed at the East Austin apartment of a friend she was staying with.

Wilson was declared dead at the scene despite efforts by emergency medical personnel to save her. Detectives have said Wilson was not targeted at random, and that her death has been ruled a homicide by medical examiners. They also revealed that they have identified “a person of interest”. 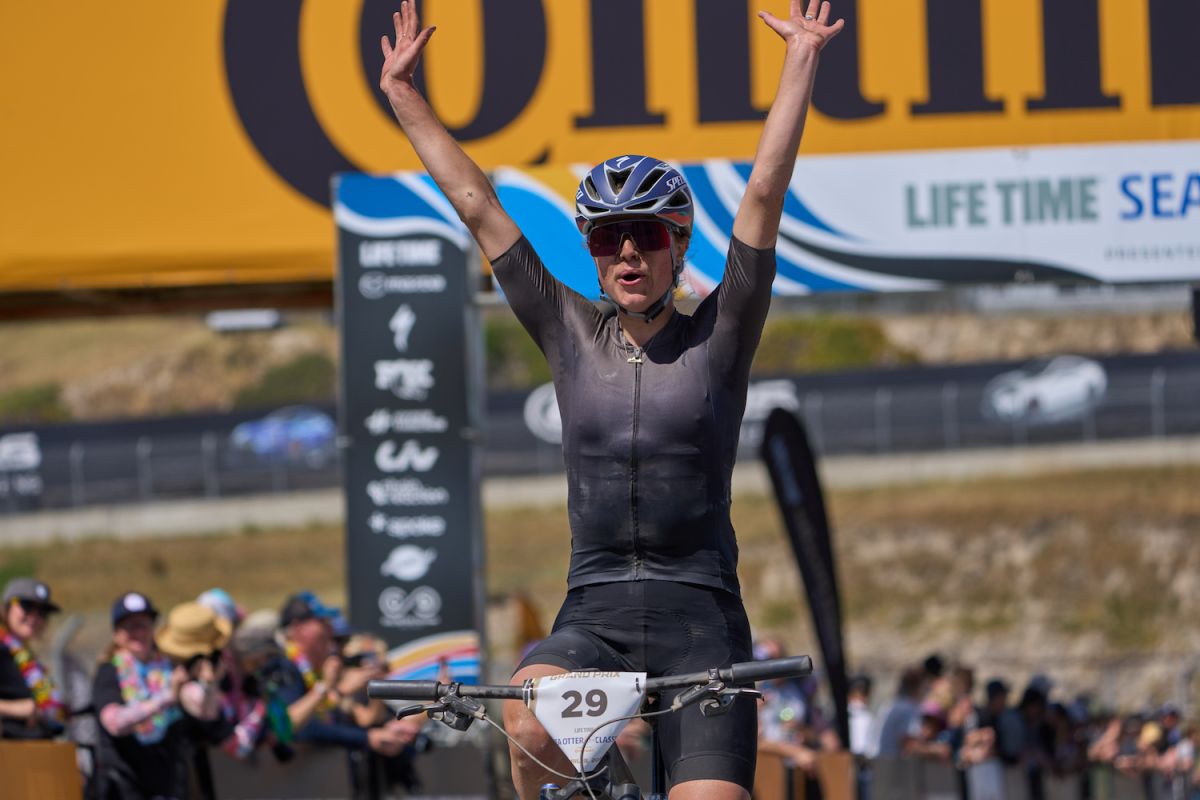 Even though the investigation is going on, an arrest warrant has been issued against an Austin woman named Kaitlin Marie Armstrong. The arrest warrant affidavit includes allegations of a possible love triangle among Wilson, professional cyclist Colin Strickland and Armstrong.

Investigators revealed that Armstrong had split with her longtime boyfriend Colin in October. Since then, the professional cyclist got involved with Wilson but soon got back together with the 34-year-old accused.

However, Armstrong has been confronted with video surveillance that investigators say shows an SUV matching the one she drove pulling up to the residence where Wilson was staying. One minute earlier, Wilson had returned home after swimming with Armstrong’s boyfriend. This was the same day Wilson was killed by multiple gunshots. Armstrong’s property was searched for a possible firearm and other evidence connected to Wilson’s death, but it wasn’t clear if anything was found. However, both Colin and Armstrong stopped updating Strava after May 11.

The warrant for Armstrong’s arrest was signed on May 19. She is being charged with murder first-degree felony, which in Texas can result in five to 99 years in prison or life in prison. If proven to be a crime of passion, the maximum prison sentence is 20 years. Colin has released a grieving statement, which reads as under:

“I am reeling from grieving Mo Wilson’s death and from the facts that have emerged during the investigation. I cannot begin to imagine the pain felt by Mo’s family and her close friends.

There is no way to adequately express the regret and torture I feel about my proximity to this horrible crime. I am sorry, and I simply cannot make sense of this unfathomable tragedy.

Although it will be a matter of small consolation to anyone else who cared for Mo, I want you to know that I have cooperated fully with investigators ever since I learned the terrible news, and I will continue to do so until some form of justice is served.

As a point of clarification to facts previously reported, Moriah Wilson and I had a brief romantic relationship from late October-early November 2021 that spanned a week or so while Wilson was visiting Austin. At the time, she and I had both recently ended relationships. She returned to her home in California and about a month later, Kaitlin Armstrong and I reconciled and resumed our relationship.

Since then I often saw Mo at cycling events, and always in public settings. We both competed in Bentonville, AR, Stillwater, and Monterrey CA. We also met for a 4 hour training ride in Santa Cruz after the Sea Other [sic] Classic in Monterrey.

After our brief relationship in October of 2021, we were not in a romantic relationship, only a platonic and professional one. It was not my intention to pursue an auxiliary romantic relationship that would mislead anyone. Moriah and I were both leaders in this lonely, niche sport of Cycling, and I admired her greatly and considered her a close friend. I am deeply grieving her loss.”

Colin Strickland has admitted to having romantic relationships with both women at different times. No arrest warrant has been issued against Colin, but he seems to be a potential suspect in Anna’s murder. Well, he kept switching relationships with the two women so who knows. Anna’s death is truly heartbreaking and no matter what, she is not coming back! What do you think about this case?