Who is Tala Safwan? Egyptian TikToker Arrested in Saudi Arabia over ‘Immoral Video’

Recently, an Egyptian TikToker named Tala Safwan was arrested by the police authorities in Saudi Arabia. As per the reports, the TikTok star was caught by the cops for posting some “s*xually suggestive content” on her social media.

It has been reported that Tala Safwan was held on July 25, Monday. Continue reading further to know more about the social media star and each little detail about her arrest. Yes, you read that right. The social media influencer was arrested by the police authorities after she posted a live video where she was seen talking to a Saudi female friend. In the clip, Tala asks her friend to pay her a visit to her as she was feeling a bit lonely.

As per the report of Al Jazeera, when Safwan’s pal told her she wouldn’t be able to come as it was too late, Tala allegedly went on to say, “Even better, because everyone will be asleep and they won’t hear what I’ll do to you. They won’t hear your screams… from how much fun we’ll be having.” 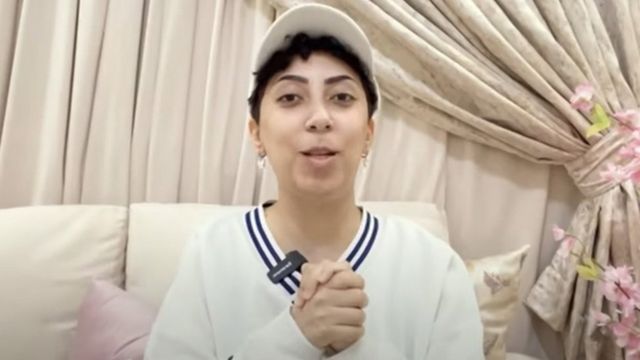 Since then, the video has gone viral and Tala has received immense backlash for the same on various social media platforms. Soon afterward, a hashtag that translates to “Tala offends society” was also trending on the micro-blogging site Twitter.

Tala has stated that her video was misinterpreted by people

The TikTok star further added that particular clip was purposely taken up by the netizens to create a buzz. Let us tell you one thing, homosexuality continues to be a forbidden topic in Saudi Arabia even today. The Riyadh Police posted the video on Twitter but they blurred the faces of Tala and her friend. As per automatic translation, the tweet of Riyadh Police said, “The Riyadh police arrested a resident who appeared in a broadcast talking to another with sexual content and suggestion that would prejudice public morals.”

Who is Tala Safwan?

For those of you who are unversed, let us tell you Tala Safwan is a social media star who is most noted for posting videos on TikTok. The social media influencer has a good fan following on the video-sharing platform TikTok.

At this point in time, Safwan has nearly five million followers on her TikTok account. When we talk about other social media platforms, she also has a channel on YouTube. She has more than 800,000 subscribers to her YouTube channel.

Tala’s content is mostly targeted at young adults and her trendy, funky style is very famous among children of Arab. In her videos, she pranks people and tries out different challenges, and makes use of captivating headlines to put forward her thoughts on various  TV shows, relationships, and embarrassing social situations.

The influencer rose to fame in January of 2021. As of now, Safwan has shared videos talking about Arab celebrities such as Yasmine Sabri and many more. In addition to this, she also posts dance videos on TikTok that have music by A-listers like Billie Eilish and Nicki Minaj.

Did you find Tala’s video inappropriate? Kindly let us know in the comments section below. Don’t forget to stay tuned with us for the latest updates from the world of showbiz.