Who attacked Dave Chappelle during his Show at the “Netflix is a Joke” Festival in LA?

American stand-up comedian Dave Chappelle is known for his ‘black comedy’. The 48-year-old Chappelle’s Show star was attacked while performing on stage at the Hollywood Bowl in Los Angeles. A video of the incident has surfaced on the internet. So who is the attacker? Read on to know about it. 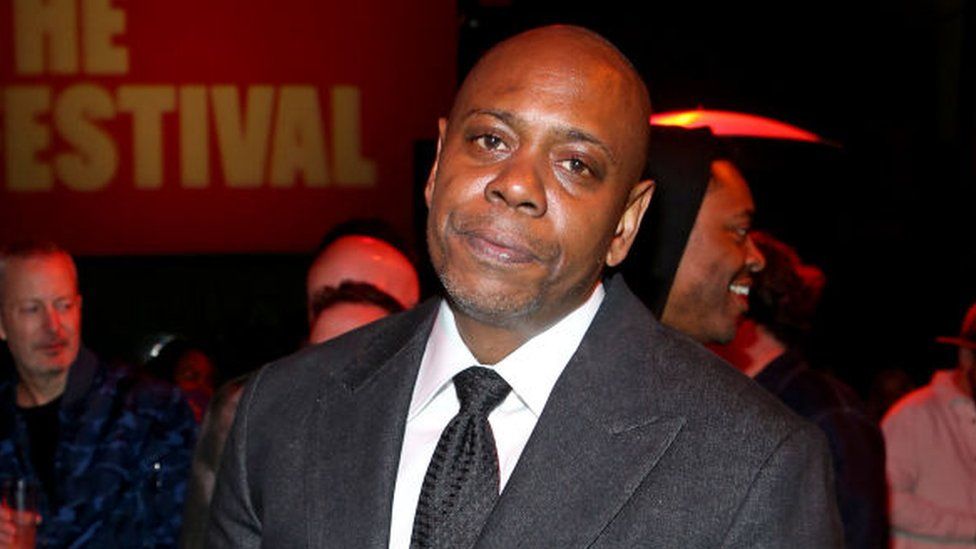 Dave Chappelle was performing at Netlfix’s first-ever live comedy show at the “Netflix is a Joke” Festival in Los Angeles. During his performance, a fan stormed onto the stage and attacked Dave but was dragged off by security leaving Dave unharmed. He has been attacked for the trans jokes he cracked last year.

Even though the attacker’s name is not revealed, the video reveals that Chappelle and the alleged attacker tussled on the stage floor before he ran away behind a screen. He was then taken away by the security guards. During the said incident, Jamie Foxx who was watching the show in a sheriff’s hat rushed to the stage to help Chappelle and apprehend this attacker. Chappelle thanked him later on stage by saying, “Whenever you’re in trouble, Jamie Foxx will show up in a sheriff’s hat.” Foxx stated in an interview that he initially thought that the whole altercation was a part of the show.

Dave, on the other hand, narrated, “I grabbed the back of that N*****’s head. His hair was spongey!” Once the audience was calm, Chappelle said to the audience,  “I’ve been doing this for 35 years. I just stomped a N***** backstage. I’ve always wanted to do that.”

However, LAPD was called to the incident around 10:45 p.m. and a man who was reportedly armed with a gun and a knife was taken into custody. Chris Rock, who performed at the said festival

During this time, Chris Rock also joined Dave on stage and couldn’t hold back his humour. We all know this year’s major controversy when Chris was slapped by Will Smith at the Oscars. Chris jokingly said, “Was that Will Smith”?

This how they did the dude that attacked Dave Chappelle pic.twitter.com/X50xloUi5I

Stand-up comedians are having one hell of a time this year. It appears like the Oscar controversy has taken a toll on everyone. It appears that they need to be guarded all the time.

Chris Rock and John Stewart were among the group of comedians performing alongside Dave Chappelle tonight when the incident happened. Jamie Foxx jumped onstage to help and make sure Dave was OK

After the incident that happened at the Hollywood Bowl, the attendees took to Twitter to share this experience. One guest tweeted, “I’m at this Dave Chappelle concert and tell me why some guy ran up on stage and tackled him.”

Musician E5quire who was present during Dave’s performance tweeted, “DaveChappelle just got attacked on stage at #HollywoodBowl while making jokes. I’ve officially seen it all.” Los Angeles-based journalist Sharon Carpenter, who attended Chappelle’s show narrated the incident best. She said:

Someone just ran on stage and attacked Dave Chappelle 😮 at the Hollywood Bowl in Los Angeles #netflixisajokefest #netflixisajoke pic.twitter.com/0WMUPQ7ks4

“He fell backwards onto his back, with his arms and legs up in the air. He was obviously in shock. We were all in shock. And I thought for a moment ‘OK, is this a prank?’ because they had made some Will Smith jokes. Even though Chris Rock was there, Dave was making some jokes, it was fair game, right? He was making some jokes about the situation.”

Sharon stated that Dave continued to keep the show going while making jokes about the incident but he was also very pissed about what happened. The Grammy Award-winner is safe and the police are investigating the incident. No report has been filed yet.
Share
Facebook
Twitter
Pinterest
WhatsApp