Multiple Grammy Award-winning guitarist Carlos Santana, 74 passed out on stage during a concert Tuesday (July 5) night in Michigan due to heat exhaustion and dehydration. Several videos went viral wherein the guitar legend was seen waving to fans as he was wheeled off stage following the collapse. 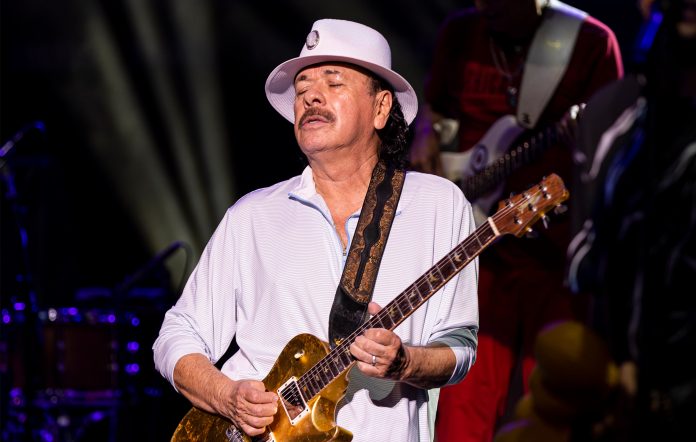 Carlos Is Taking It Easy…

Carlos Santana waved to clapping fans as he’s helped off the stage pic.twitter.com/YA55N4QCZe

Music icon Carlos Santana, 74 is recovering after he collapsed Tuesday (July 5) night during a concert in Michigan, his representatives said. The guitar legend passed out mid-concert due to heat exhaustion and dehydration. The incident took place shortly before 10 p.m. during the Grammy Award-winning guitarist’s performance at the outdoor Pine Knob Music Theatre in Clarkston.

Social media was flooded with videos wherein Santana was seen waving to fans as he was wheeled off stage following the drastic collapse. However, Santana, who was inducted along with his namesake band into the Rock and Roll Hall of Fame in 1998, was immediately treated and taken to the emergency department at McLaren Clarkston for observation. Carlos’ manager Michael Vrionis mentioned in a post shortly after the incident stating:

“Rock Legend Carlos Santana was over-taken by heat exhaustion and dehydration during a concert Tuesday (July 5) evening in Michigan. The guitar great was taken from his show at Pine Knob Music Theatre …. Carlos was taken to the emergency department at McLaren Clarkston for observation and is doing well.”

According to reports, the popular guitarist was performing the song ‘Joy’ at the outdoor venue when he suddenly stopped and passed out. Fans shared videos and pictures of the medics who rushed immediately to attend Sanatana. The 74-year-old eventually regained consciousness and waved to cheering fans. However, he is going fine now.

Minutes later, Santana thanked fans for their prayers in a separate post, adding that he is “taking it easy.” “Forgot to eat and drink water, so I [became] dehydrated and passed out,” the post read. “Blessings and miracles to you all.”

A Man With A Rich Legacy… Carlos Augusto Santana Alves rose to fame in the late 1960s and early 70s with his band “Santana” which delivered a fusion of Rock and roll and Latin American jazz. The band, known for its, melodic blues-based lines set against Latin American and African rhythms, gained popularity in the late 1990s.

The guitar legend was placed at No. 20 by Rolling Stones on their list of the 100 greatest guitarists. Carlos has won 10 Grammy Awards and three Latin Grammy Awards alongside several accolades. Last year, in December, Carlos underwent heart surgery and this year, he went through a drastic collapse in his performance. 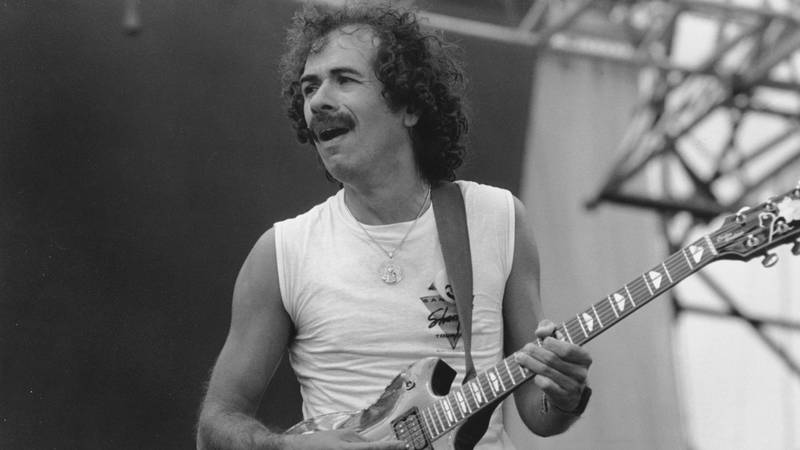 if you remember, a similar incident took place with “5 Seconds of Summer” drummer Ashton Irwin on June 26, when he was rushed to the hospital mid-show after suffering a stroke from extreme heat exhaustion. The pop band, known for their album “Sounds Good Feels Good” was 45 minutes into Sunday night’s Houston concert.

Known for his signature guitars like the Alvarez Yairi CY127CE  and PRS Santana II “Supernatural” guitar, the star’s next scheduled concert, slated for Wednesday night in Burgettstown, Pennsylvania, will be postponed. We wish good health to the legendary guitarist as we eagerly wait o see him back on stage.