Potentially Hazardous Asteroids (PHAs) often appear in news headlines, and we often see predictions that one is going to move past Earth too closely. But, what exactly are they? And, if NASA predicts any Asteroid to hit Earth anytime soon? Find out here. 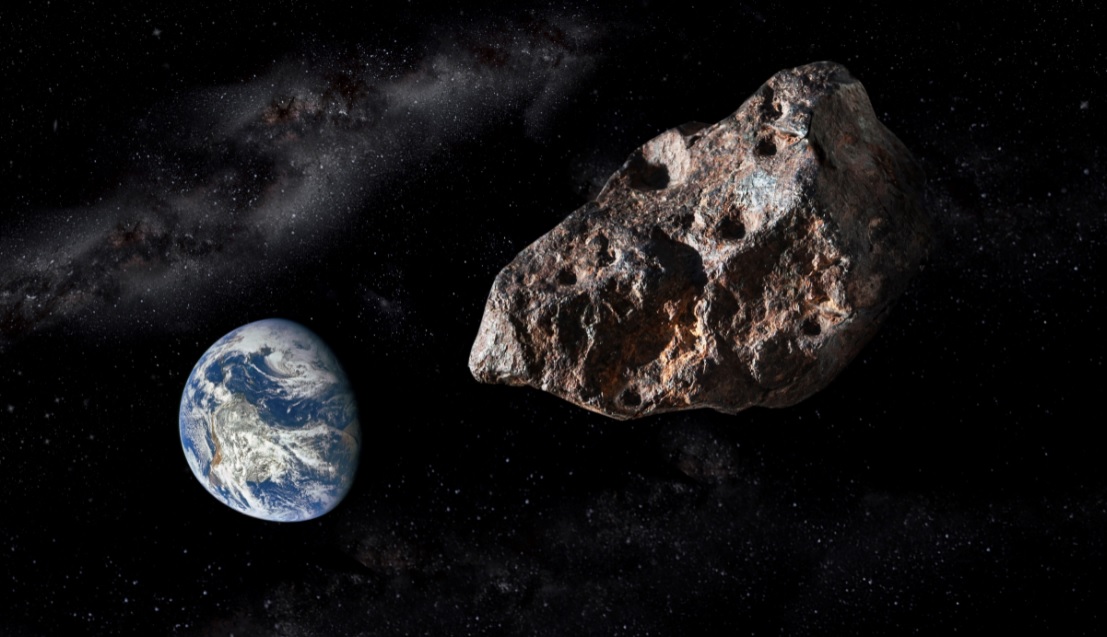 For those who don’t know, Asteroids are rocky fragments wandering around in outer space. They are the leftover from the formation of the Solar System billions of years ago. They keep moving around the orbits of different planets, and some of them are really precious.

Asteroid 7482 (1994 PC1), a Potentially Hazardous Asteroid, will move past Earth Next Week

The Asteroid 7482 (1994 PCI), first discovered in August 1994 by Robert McNaught using the Siding Spring Observatory in Australia, will move past Earth at 4:51 PM ET / 9:51 PM GMT on Tuesday, January 18, 2022. This Asteroid is so massive that NASA’s Center of Near-Earth Object Studies (CNEOS) has dubbed it among the Potentially Hazardous Asteroids.

The 7482 (1994 PC1) asteroid is classified as "potentially hazardous" and more than twice the size of the Empire State Building. Next week, it's going to be closer to Earth than it has since 1933. https://t.co/YNFxcglqR5 pic.twitter.com/AabpsgNe42

This Asteroid has an estimated width of 3,600 feet (diameter of around 1.09 KM) and a length of 1,000 feet (around 0.3 KM). It is way bigger than the Burj Khalifa in Dubai, and around 2.5 times taller than the Empire State Building in the US.

At its closest, the Asteroid will be 1.2 million Miles (around 1.93 million KM) from Earth. And, this will not happen for another 200 years. The Jet Propulsion Laboratory, responsible for tracking the movement of these asteroids, has said that it will be flying at 70,416 kilometers per hour.

This Asteroid will also shine at around Magnitude 10, according to EarthSky. This asteroid is the biggest this year to come within 10 lunar distances or 2.3 Million Miles close to Earth, said Gianluca Masi, an astrophysicist and founder of the Virtual Telescope Project.

Is it Going to Hit Earth?

Fortunately, NO. With over 47 years of observations (as it had first appeared in scans in 1974), astronomers have predicted its orbit very well over the course of years. So, we know the closest it will get to Earth is limited to 1.2 Million Miles.

Since it is a Potentially Hazardous Apollo Asteroid, meaning it crosses Earth’s orbit and has axes larger than Earth. “If it were to hit Eart, it would cause a complete catastrophe and destroy nearly everything within a 25 Miles radius of the impact,” says Franck Marchis, Chief Scientific Officer at Unistellar and Senior Planetary Astronomer at the SETI Institute.

[Client News] A “potentially hazardous” asteroid will pass by Earth next week.

“If it were to hit Earth, it would cause complete catastrophe and destroy nearly everything within a 25-mile radius of the impact,” @Unistellar's Franck Marchis told @USATODAY.https://t.co/y0HO9HSYLh

He also mentioned that “the amount of energy is 10,000 megatons of TNT. That’s way more than a complete nuclear blast.” If we combine this energy with the velocity this Asteroid possesses, there will be sheer chaos.

Thankfully, it will stay far away from Earth and will not make any contact. It will only enter Earth’s orbit for a short span of time, and then will swoop past it.

Marchis went on to mention that it won’t be harmful to see this Asteroid. However, it is not a special rare material Asteroid but a rocky one. So, it is kind of boring. Also, Asteroids do not emit light, but they do reflect it. So, anyone will be able to see it in the dark night sky.

You will need a 6-inch or larger backyard telescope to do that. It will be clearly viewable when it will be closest to Earth on January 18, but you can also catch it on January 17 and 19. It’ll be wise to see it in the Southern Hemisphere as Unistellar in New Zealand has already spotted it. 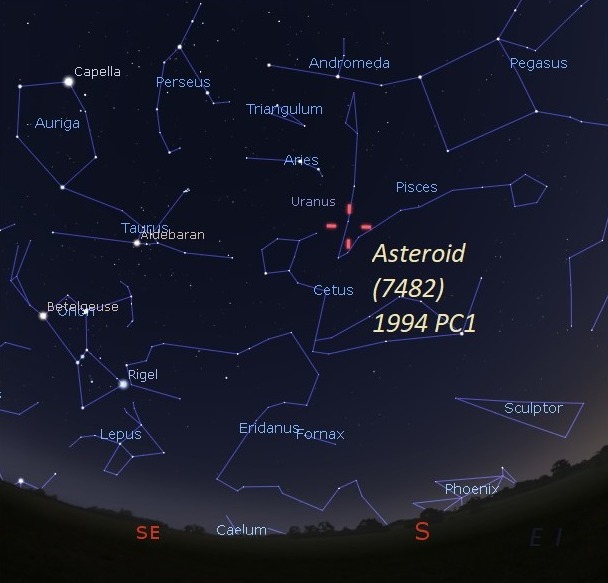 Marchis also revealed that it will be around the Eridanus constellation at around 25 degrees in elevation. “It’s going to be a tiny dot moving. Because it’s spinning on itself, you’ll see some small variations of light,” he said. You can use star gazing apps to locate Eridanus.

What are Potentially Hazardous Asteroids?

According to CNEOS, “Potentially Hazardous Asteroids (PHAs) are currently defined based on parameters that measure the asteroid’s potential to make threatening close approaches to the Earth.”

Specifically, any asteroid with a minimum orbit intersection distance (MOID) of 0.05 au (within around 4.6 Million Miles) or less and an absolute magnitude (H) of 22.0 or less are considered PHAs. An asteroid is also considered PHA when there is a small chance it will collide with the Earth and cause significant damage at some point in the future. 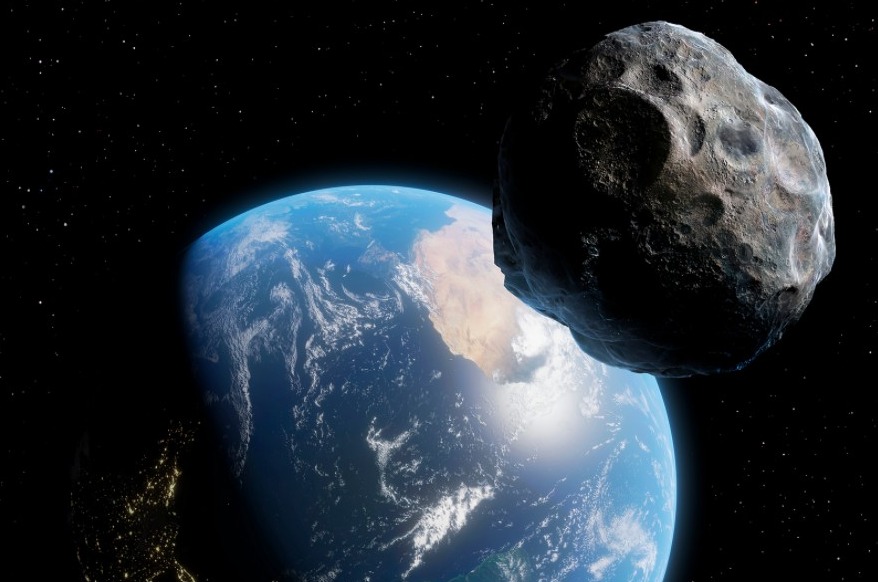 After discovery, NASA continuously keeps monitoring the orbits of PHA to see if they potentially get near or collide with a planet or other celestial bodies.

NASA has also launched the Double Asteroid Redirection Test (DART) spacecraft in 2021. It is a test mission that will determine if a kinetic impact can divert an asteroid. DART will strike the smaller member of the double asteroid system Dimorphos and Didymos at a speed of around 15,000 Miles per hour later this year to find the results.

"Nasa's 'Dart' (Double Asteroid Redirection Test) is on its way to a pair of asteroids that closely orbit each other: "It's going to crash into the smaller of the two asteroids [Dimorphos],""https://t.co/BO0ndtNDuX

How many Potentially Hazardous Asteroids are there?

As of November 2021, there are 2,223 known Potentially Hazardous Asteroids which consist 8% of the total NEO (Near-Earth Objects) population. Other objects also include Comets, whose numbers are significantly lesser than Asteroids. 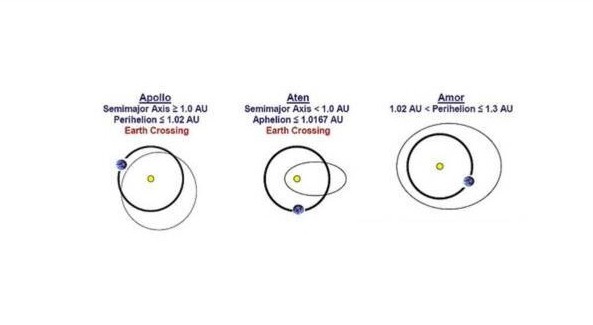 Other prominent groups include Atiras whose orbits are entirely within the orbit of the Earth. And, Amors with orbits exterior to Earth’s but interior to Mars’.