In a shocking turn of events, an explosion has rocked the Georgia Guidestones. The monument has reportedly been damaged severely. The explosion was heard by nearby residents who alerted the law enforcement agencies and bomb squad. 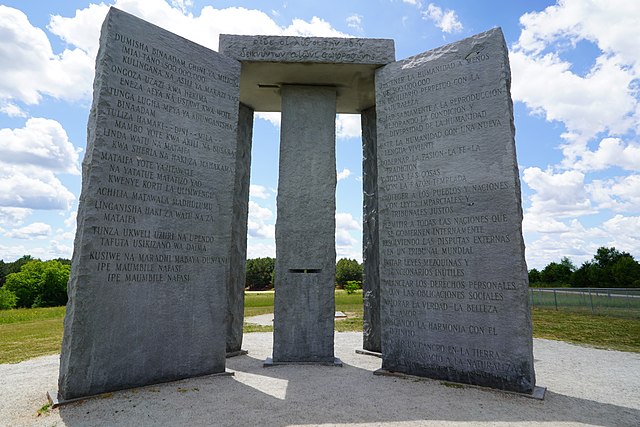 The incident took place on the early morning of 6th July, when some unidentified people detonated an explosive device at the site.

One Part Has Been Completely Damaged

A large part of the 19 foot high Georgia Guidestones has been completely damaged following the explosion. Elaborating on the incident, the GBI has said in a statement, “The preliminary information indicates that unknown individuals detonated an explosive device at around 4:00 a.m. on Wednesday, July 6th.” 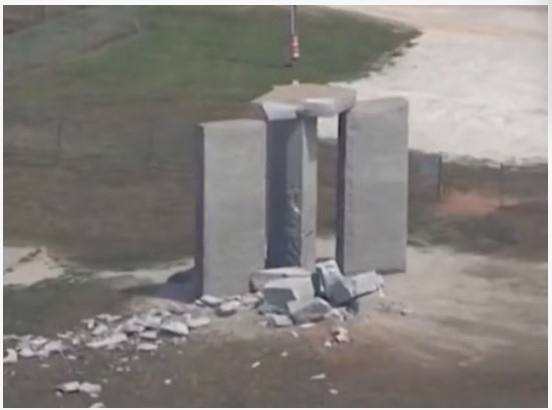 “Elbert County Sheriff’s Office personnel responded to discover the explosion destroyed a large portion of the structure.” the statement continued. The people behind the incident remain unidentified for now, and their motives remain unclear.

Actual footage of the Georgia Guidestones being blown up.

The game is afoot… Amazing.pic.twitter.com/BIQgq2xIV5

The Georgia Guidestones is a granite monument in Elbert County, Georgia that was erected in 1980. The job was done by a man with a pseudo name R.C. Christian. His real name still remains unknown. The monument is sometimes referred to as American Stonehenge.

The structure consists of six granite slabs: One in the middle, four placed around it, and one placed on top of the other five. These monoliths are astronomically aligned. At a little distance from the structure, is another stone set in the ground, which has the history and purpose of the stones written over it.

Some messages have been inscribed on the structure in eight languages. These messages have been at the center of various conspiracy theories. While one message talks about keeping the world population below 500 million, another one reads to ‘guide reproduction wisely — improving fitness and diversity.’

Some Consider the Structure to be Satanic

Owing to the messages on the stones and the conspiracy theories, the stones are perceived as satanic by some people. That is why some individuals have welcomed the attack on the structure. 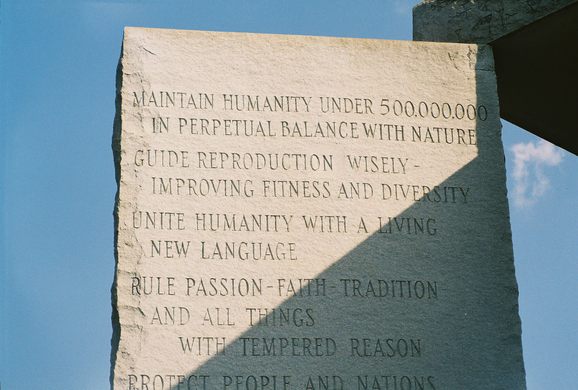 This includes Republican Kandiss Taylor who contested against the incumbent Brian Kemp in Georgia’s gubernatorial. She tweeted, “God is God all by Himself. He can do ANYTHING He wants to do. That includes striking down Satanic Guidestones.”

While running her campaign too, she had vowed to demolish the structure if elected as the governor. She tweeted in May this year, “I am the ONLY candidate bold enough to stand up to the Luciferian Cabal. Elect me Governor of Georgia, and I will bring the Satanic Regime to its knees—and DEMOLISH the Georgia Guidestones.”

An attempt to vandalize the monument was made in 2019 as well when a man inscribed ‘WWG1WGA’ into a rock, which is an acronym used to identify QAnon supporters.