Violence and Stampede After Football Match in Indonesia Leaves 174 Dead

Terrible violence broke out in an Indonesia stadium after a football match between Arema FC and Persebaya Surabaya on Saturday night. Riot and stampede in the Kanjuruhan stadium in the city of Malang left around 174 people dead and several others injured. 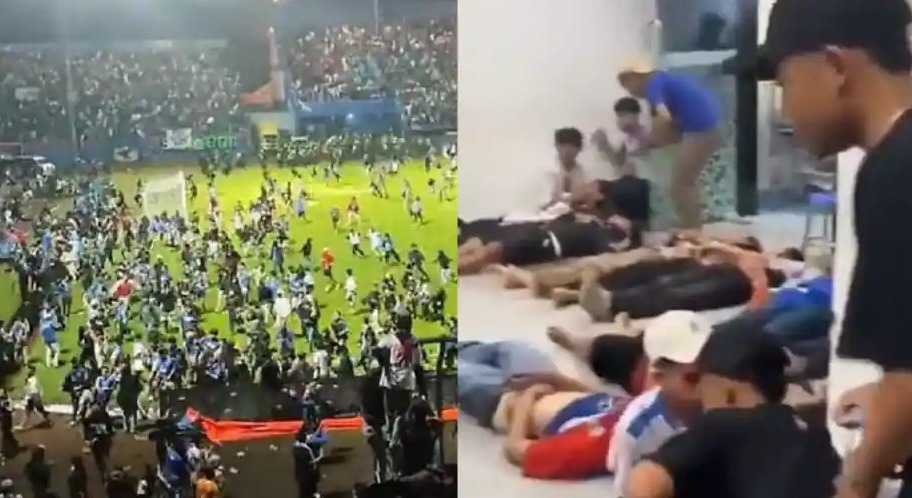 The police had to fire tear gas shots to get the situation under control as people panicked after the fans of the home team charged toward the center of the field. Clips from the disaster are going viral on social media showing how bad the situation was.

Riot and Stampede after Football Match in Indonesia’s Kanjuruhan Stadium: What Happened?

A tragic incident occurred at the Kanjuruhan stadium located in the eastern city of Malan, East Java, Indonesia, on Saturday, October 1, 2022. When Arema FC (the home team) lost their important game against Persbaya Surabaya by 2-3, the fans got enraged.

The supporters of the home team invaded the ground to express their frustration. Clips showed the fans charging toward the center of the field and attempting to damage the properties of the stadium.

This made the police and security fire tear gas shots to get the situation under control. However, the act backfired and the violet turned into a stampede that killed hundreds of fans as they panicked to exit the stadium.

People got crushed and crumbled by others as many also sustained critical head and brain injuries due to the falls. Many of them also died due to the suffocation by the tear gas and smoke in the stadium.

What triggered the violence after the football match in Indonesia?

According to the initial reports, the usage of tear gas shots by the local police in the stadium triggered the stampede. The shots were fired to get the situation under control but they made it worse as fans panicked to exit the stadium due to violence and suffocation.

People were seen running to the exit gate violently as many fell to the ground and got crushed by others trying to escape the stadium. The viral clips show unconscious people on the ground and their mates trying to carry their bodies. 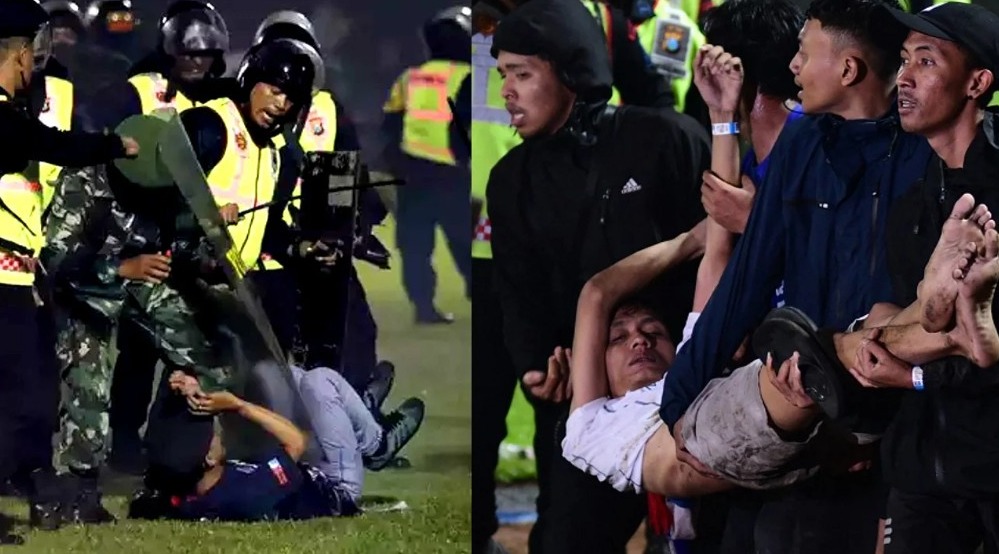 Indonesian journalist has blamed the tragedy on police’s use of tear gas while FIFA condemns the use of crowd control gas by stewards or police officers at football matches.

One of the worst stadium disasters in the history of football left around 174 people dead and several others seriously injured. An estimated 34 people including two police officers died on the scene inside the stadium when the stampede ensued.

FIFA President Gianni Infantino has shared an official statement about the tragic disaster. He called it a “dark day” in the history of football. 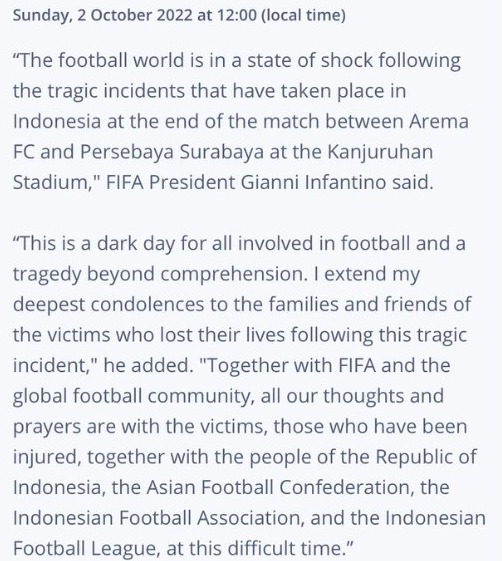 FIFA has also demanded a report by the Indonesian football association- PSSI after the terrible stampede at the Kanjuruhan Stadium. PSSI Secretary General Yunus Nusi informed that they are investigating the deadly incident and will prepare a report soon.

Tributes pour in for Football Fans that died in the Violence

The football world is deeply saddened by the deadly stampede at the Kanjuruhand Stadium in Indonesia after the football match on Saturday. Clubs, players, and fans are mourning the loss of hundreds of fans in the tragedy.

Spanish clubs will observe a minute’s silence before kick-off in the remaining matches on the weekend to pay respect to the deceased.

“La Liga and the RFEF have agreed to a minute’s silence to offer their condolences to the Indonesian people, especially the families of the deceased in the tragedy at the Kanjuruhan Stadium on the island of Java, as well as wishing a quick recovery to those injured,” stated La Liga in a statement Sunday.

Several clubs have shared tributes for the people that died in the fatal stampede on Saturday night. 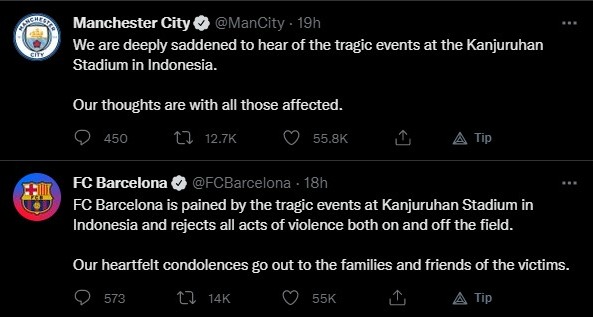 Many players and journalists have also come forward to pay respect to the people that died in the disaster. 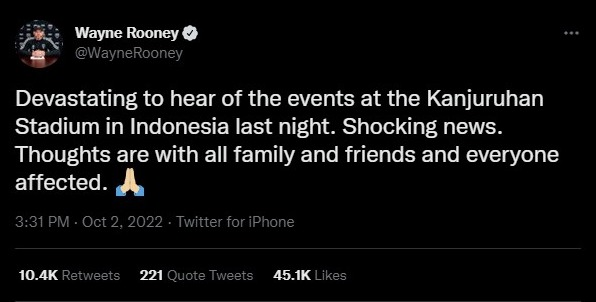 We, at TheTealMango.com, send our thoughts and prayers to the families that lost their people. May God let the departed souls rest easy and offer strength to their loved ones.