Van Conner is no longer with us. The bassist and songwriter who co-founded the grunge rock band Screaming Trees, has died. He passed away at the age of 55.

The heartbreaking news of Conner’s demise was confirmed by his brother Gary Lee on the social media platform Facebook. Continue reading further to know the cause behind the death of the Screaming Trees co-founder Van Conner. What was the cause behind the death of Van Conner?

On Wednesday, Van’s brother Gary Lee took to his Facebook page to announce the unfortunate news of the musician’s passing away. Van left for the heavenly abode on Tuesday, January 17, 2023. He passed away at the age of 55  “of an extended illness.”

Gary started by writing, “Let me put this letter on Van’s grave. 🌲🌑🌲🌑🌲🌑🌲🌑🌲🌑🌲🌑🌲🌑🌲 Van Conner bassist and songwriter of Screaming Trees died last night of an extended illness at 55.”

He went out on to say, “It was pneumonia that got him in the end. He was one of the closest friends I ever had and I loved him immensely. I will miss him forever and ever and ever…” 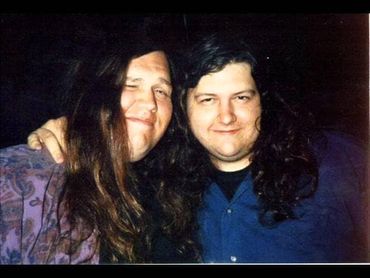 Not long ago, Gary spilled the beans on the health problems of his brother Van in a lengthy social media post. He stated that Van was unable to walk after being in a coma following “emergency stomach surgery” before Christmas 2021.

During his recovery, he also contracted Covid-19 which resulted in a blood clot in his lungs that “badly damaged” the organ. At that time, Gary Lee said, “He has been confined to a hospital bed at home for several months and has not seemed to be making any progress towards recovery.”

Van’s brother further added, “He has been avoiding getting the medical help he needs but now he is in the hospital hopefully they will assess his conditions and encourage him to get help if he can get through the liver infection. Please send positive vibes or pray for him through whatever your personal connection to the universe is. Here is Van on New Years Eve, a few days ago…”

In a follow-up update shared on January 9, he mentioned “Van seems to be making progress, his liver is not completely shot but it was touch and go for a few days last week.”

When was the group Screaming Trees formed?

For those of you who are unaware, let us share with you, the two brothers formed the group Screaming Trees in the mid-1980 alongside drummer Mark Pickerel and vocalist Mark Lanegan, who passed away last year at the age of 57.

The Washington-based band was a part of the emerging grunge rock scene in the Pacific Northwest in the 1980s and 1990s. After his stint with the band, Van went on to form the rock bands VALIS and Musk Ox. We send our deepest condolences to the friends and family of the Van Conner during this time of difficulty. Don’t forget to stay tuned with us for the latest updates from the world of showbiz.