Ukrainian photographer Max Levin found dead near Kyiv where he has been documenting russian war crimes. According to investigators, Max who was unarmed was killed by russian soldiers with two shots from firearms. He is survived by his wife and four children. pic.twitter.com/p5YuRFFMm9

The 40-year-old war photographer’s body was recovered from the Huta-Mezhyhirska village on Friday according to the news website LB.ua, which is one of the outlets he was associated with. Let’s get to know about Maks’ career.

Who was Maks Levin? Maks has a ripe experience in war photography. He was present for several battles in the Russo-Ukrainian war and was previously encircled by Russian forces during the Battle of Ilovaisk, which took place in 2014. 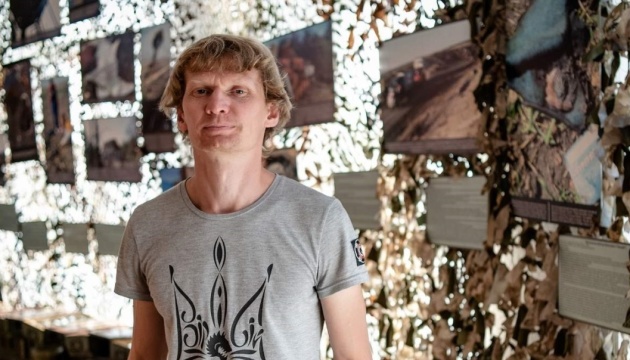 In addition to his journalism career, he was associated with the UN and other humanitarian organizations. Maks created dozen of video projects for WHO, UNICEF, UN, OSCE and UN Woman.

At LB.ua, Maks was responsible for developing the new media platform by shooting videos, writing texts and broadcasting online. He was praised for capturing the Donetsk Regional State Administration, the Presidential election in the Donetsk region whilst military conditions, the first Caucasian soldiers in Donetsk and the bombing of Sloviansk.

Maks ran his documentary projects about autistic children and single dads. He was able to make several international publications. Maks Levis has co-organized several exhibitions. Have a look at some of his prominent exhibitions:

To simply put, Maks was a war-battered but resolutely committed photographer who offered truthful insights into war and deprivation. He was known for his soulful photography. However, he died doing what he loved.

“We are deeply saddened by the news of photojournalist Maks Levin’s death in Ukraine while he was reporting on the war in the Kyiv region,” said CPJ Program Director Carlos Martinez de la Serna, in New York. ”Levin is the sixth journalist known to have died covering Russia’s invasion of Ukraine thus far. Ukrainian and Russian authorities must do everything in their power to investigate his death, ensure that those responsible are held accountable, and guarantee the safety of journalists covering the war from the ground.”

War Journalism comes with a cost… Maks’ death narrates the gripping truth about the threat posed by war photographers and journalists. Previously, Russian journalist Oksana Baulina was killed while she was filming the attack on Kyiv’s Podul district.

While there are endless unreported names of civilians and journalists, the war doesn’t appear to cease. Yesterday, Ukraine regained control of the whole Kyiv region. But again, there have been more than 13,100-13,300 fatalities as per a UN report. The war must end. What do you think about Maks Levin?