Trial Day 5: What did Johnny Depp say in his Three-Hour Testimony against Amber Heard?

The legal battle between Johnny Depp and Amber Heard gets uglier with every hearing. In the previous testimony,  Johnny Depp called his ex-wife Amber Heard a ‘sociopath. He also denied all claims of being a wife-beater. 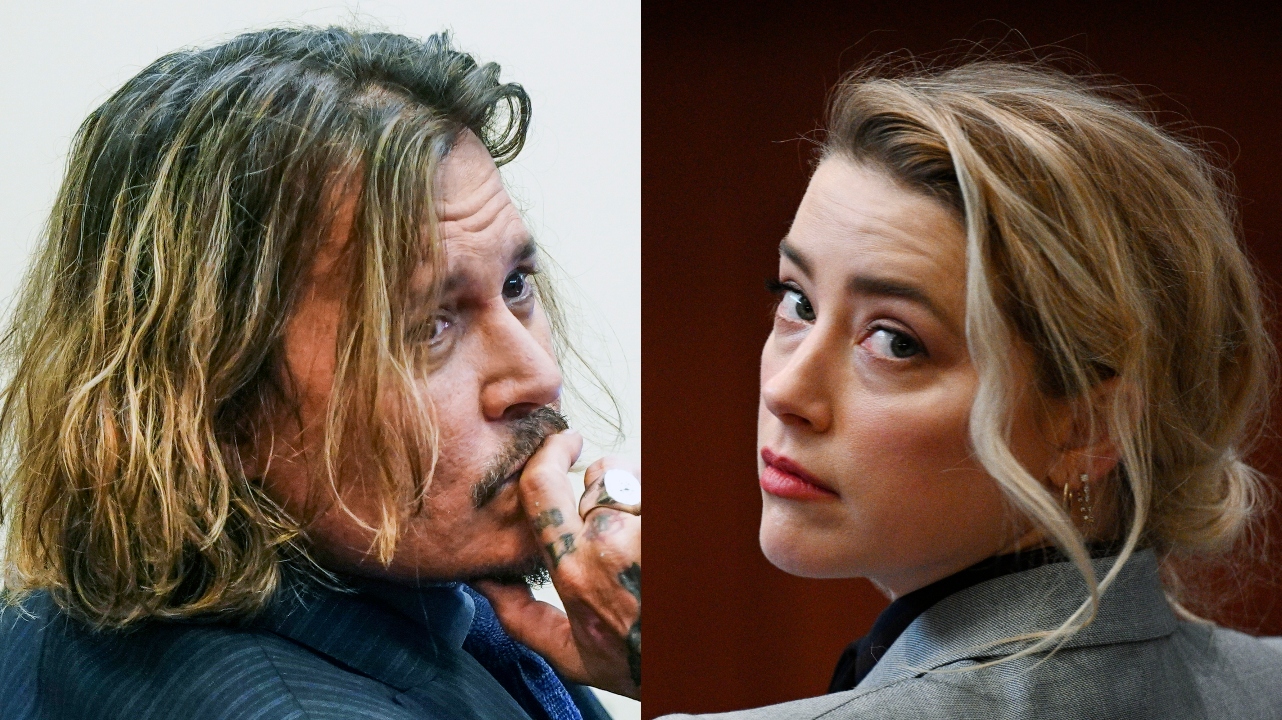 Now, Depp has testified for the second time in the Virginia courtroom. His three-hour testimony on the stand of his $50 million defamation trial against his ex-wife included texts and communication, his struggle with an abusive mother, drugs and alcohol and a lot more.

I am not a maniac, says Depp The “Pirates of the Caribbean star started in a soft voice by saying that he was completely shocked after Amber “made some quite heinous and disturbing” allegations that he became violent during their relationship. He said, “My goal is the truth.”

He added, “Never did I reach the point of striking Ms Heard in any way, nor have I ever struck any woman in my life. I felt it my responsibility to stand up not only for myself in that instance but stand up for my children.”

Heard was sitting close by to her ex-husband and listening to his testimony. The 58-year actor revealed that it was his responsibility to clear his name and also free his children from the horrid thing they read about their father. He stated that what they read was untrue.

Depp testified regarding the public perception of himself after Heard made allegations in the Washington Post write-up. He said, “It’s very strange when one day you’re Cinderella, and in 0.6 seconds you’re Quasimodo. I didn’t deserve that nor did my children nor the people who’ve believed in me all these years.” Depp acknowledged that he and heard had several arguments during their relationship but he never reached a point of striking her in any way. He added that he had never struck any woman in his life. He also narrated that heard’s op-ed led to financial losses for him, including bim being dropped from big roles that he deserved.

As per Depps’s testimony, the beginning of their relationship was smooth. He admitted that Amber was attentive, loving, smart and funny. He said, “We had many things in common.” However, as a year and a half passed, things started to change. Despite his efforts, Amber became this completely different and hysterical woman. Johnny Depp was aware that the texts and email exchanges with his ex-wife might portray a different picture of the Oscar-nominated actor. The text exchanges also included his drug buddy and Avengers alum Paul Bettany, his staff and the medical team. Despite this, Depp took a risky preemptive approach hoping to contradict the material on record.

He testified that  “In my texts, in my emails, and my writings you take the subject itself and you try to express it in your own vernacular.” However, he apologised to Amber for the harsh and embarrassing tone. A stone-faced Amber was watching him speak.

Depp testified, “I am ashamed of some of the references made and embarrassed at the tone that in the heat of the moment, the heat of the pain I was feeling, went to dark places. Sometimes pain has to be dealt with humor, and sometimes dark very dark humor.” Well, we aren’t sure if the judge would buy that or not. Depp not only detailed the truth about his relationship with Amber but also narrated the traumatic childhood that he and his siblings suffered at the hands of their parents. He spoke about the tumultuous relationship between his parents.

Depp detailed the physical and verbal abuse that he underwent which resulted in his first experience with taking controlled substances at the age of 11 years old. He said he would take his mother’s prescription pills “to escape the chaotic nature of what we were living through.”

Amber was seen tilting her head and jotting her toes as Johnny spoke about his turbulent childhood. He continued by saying that his mother physically abused her children. Depp stated that his father never fought physically with his mother but punched a wall as many as three times, once breaking his hand. His dad left the family when Depp was 15.

Now, Depp was trying to create a picture here that how he had undergone abuse at the hands of Amber, who has previously been arrested for domestic abuse against her former partner Tasya van Ree.

Depp continued by saying that he had done all the drugs he was aware of. He even confessed that the became addicted to opiates after he was injured on the set of the fourth “Pirates” film but recovered soon from that addiction. He even accused Heard of being “grossly embellished: by his substance use. He said,  “A lot of it is just plainly false. I think it was an easy target for her to hit.”

A favourable testimony, if only Depp’s friend and sound technician Keenan Wyatt also testified on Tuesday in a manner that Depp had never hoped. He thought that Wyatt would support him because the two had known each other for a long time.

Instead, Wyatt narrated an embarrassing incident. He said Depp had been wearing this earpiece sich the filming of The Brave in 1997. Wyatt said that he was grilled on “a binge with Marilyn Manson for a few days” that Depp allegedly engaged in, plus a pattern of constant absences and tardiness on 2014’s Pirates of the Caribbean: Dead Men Tell No Tales while production was underway in Australia.

Along with Depp and Amber Heard, celebrities like James Franco, Elon Musk and Paul Bettany are set to testify in the court. However, today Johnny Depp will be cross-examined by Amber’s lawyers. Watch the full testimony here:

The delayed trial regarding Depp’s defamation suit started on April 11, 2022. The court has scheduled to run the trial from Monday to Thursday. However, Fridays remain off. Keep reading my articles for further updates on this case.