Tom Mann is heartbroken after his fiancée suddenly passed away on the day of their wedding! The X Factor Star announced the tragic news through his Instagram account. The couple has a young baby boy named Bowie.

Tom Mann appeared on The X Factor in 2014 as part of the band called Stereo Kicks. The singer-songwriter had appeared on the show as a solo artist but was put in a group later on. The band lasted for about a year after the show before going their separate ways. Since then, Mann has written some songs for JLS, Ronan Keating, and Becky Hill. 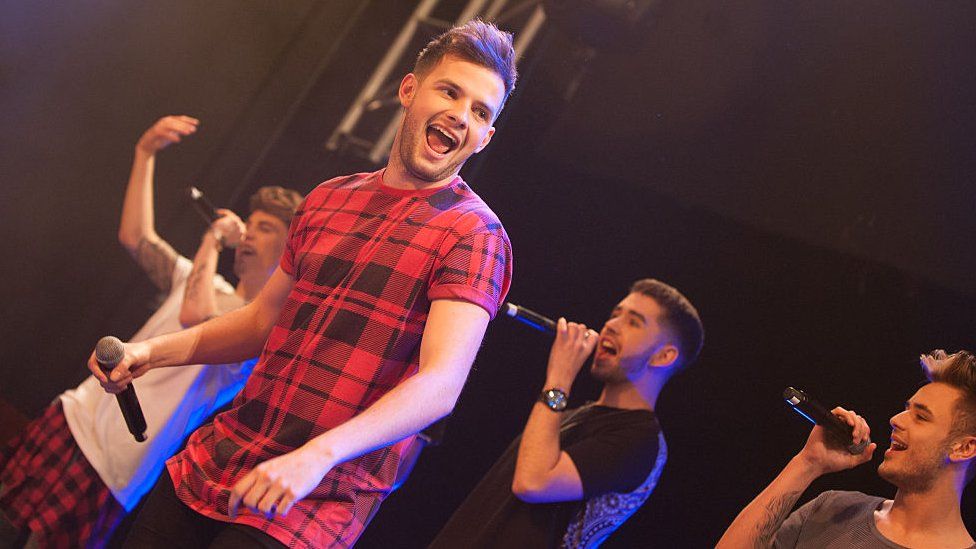 The cause of the death is not known as of now. Dani Hampson, a 34-year-old publicist seemed to be in good health and had no prior health issues that the public is aware of. In his message on Instagram, Mann did not share a reason behind the untimely demise.

Just a couple of months ago, Mann shared a bunch of pictures from 2021. His fiancée and kid were in almost all the pictures showing that he was in every sense, a family man.

After the tragic and untimely demise of his would-be wife, Mann is left to take care of his 8-month-old son.

Their Marriage Was Postponed

The couple was set to get hitched back in 2020 on September 25th. But the pandemic happened and the marriage had to be postponed. At that time, Hampson had posted that “I can’t wait to marry you, but the world has other plans.”

Hampson’s profile was also filled with pictures of her fiancée and baby Bowie. The last pictures that she posted had Mann and Bowie in them.

Mann and Hampson lived and raised their son together.

Tom took to Instagram to share the tragic news of his fiancée’s demise with his followers. He wrote, “I can’t believe I am writing these words but my darling Dani – my best friend, my everything and more, the love of my life – passed away in the early hours of Saturday morning, 18th June.”

He also mentioned how the happiest day of their lives turned into an “irreversible heartbreak”.

He spoke of his fiancée by saying that she was “The most beautiful person inside and out. The most incredible soul. We have lost such a special person and I am sure we are about to see an abundant outpouring of love that reflects that. I will try to find peace in your messages and comments, but right now I am grieving and I will be for a very, very long time.”

Mann ended the note with a heartbreaking message to Dani, which read “My darling Dani, the brightest light in any room, my world is nothing but darkness without you. I will miss you forever.”

Fans and well-wishers commented their condolences and well wishes for the child. But the loss of the love of your life and the mother of a young child is not one that heals easily.