American journalist T.J. Holmes is hit by another controversy. The now-suspended ABC News correspondent is accused of having sex with a 24-year-old intern in his office, while he was married to his now now-estranged wife, Marilee Fiebig. He recently filed for divorce amid his affair with co-host Amy Robach. Read on to know more about this controversial journalist. T.J. Holmes is accused of having sex with a much younger intern in his ABC office, while he was married to his now-estranged wife, Marilee Fiebig. A source closer to the then-24-year-old intern, Jasmin Pettaway, revealed that Holmes has months-long affair with the intern. Jasmin and Holmes, who joined ABC News in 2014, worked the same shifts.

“He was a predator who took full advantage of his position, and he was reckless,” the source who knew Pettaway claimed. Jasmin was interning as a script coordinator and it was her first real job in television. “She was looking for a mentor, and she reached out to several people. T.J. was someone who was responsive, but he absolutely abused the position of trust,” the source addressed.

“Holmes was someone who would grab drinks, and he and Jasmin started doing that,” the insider claimed. The source further revealed that the two had sex in his office hours before he was set to go on the air. Jasmin was left confused afterwards ‘as to what it meant” as T.J. was wearing his wedding ring.

The anonymous source also claimed that T.J.’s alleged behaviour with Jasmin was not uncommon, but was a part of “incredibly reckless” conduct. He even got “handsy” with the intern in public while having drinks. If you aren’t aware, Holmes recently filed for divorce from his second wife Marilee Fiebig amid his romance with co-host Amy Robach.

An Internal Investigation Is Going On… 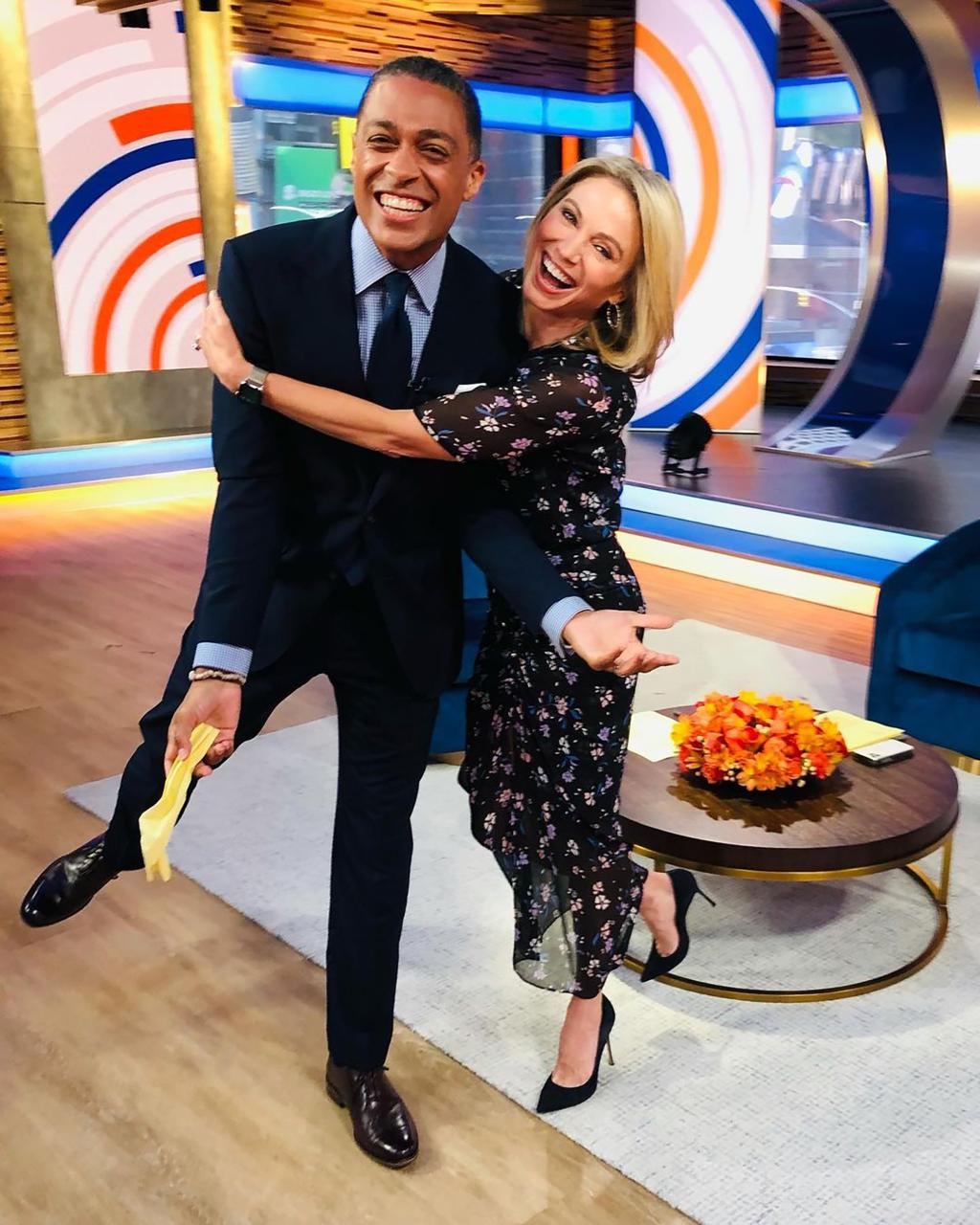 ABC, however, declined to comment on the matter. This isn’t the first time that T.J. has come under the radar for something like workplace behaviour. Previously in November 2022, the former CNN anchor made headlines for his months-long affair with his then-married “GMA3” co-anchor, Amy Robach, was revealed. T.J.’s promiscuity came into light when the network launched an investigation into the nature of their relationship, and it came out that T.J. was indulged in romance with at least two other employees, including married producer Natasha Singh.

During his 10th anniversary with Fiebig, Holmes shared a cringe-worthy post on social media. In March 2020, T.J. confessed that he had given her “plenty of reasons” to leave him throughout their marriage. T.J. Holmes further added, “That’s not hyperbole. I’m not being dramatic. I gave her plenty of reasons, excuses, and opportunities to walk her fine ass out the doooooooor.”

At that time, the former CNN anchor posted a series of pictures of the pair from their wedding day. He started by saying, “10 years ago, Marilee Fiebig married me. And despite my best efforts, she remained married to me for the past 10 years.” One thing is certain, he doesn’t regret any of it and that is a shame.