By Mallika
May 18, 2022
Share
Facebook
Twitter
Pinterest
WhatsApp
Euphoria star Sydney Sweeney is being sued for some cheap thrills! Yea, the 24-year-old HBO star broke an agreement with “LA Collective”, which relates to their new line “Somewhere Swimwear”. The brand claims that Sydney Sydney allegedly bailed on a swimwear deal. Read on to know what happened. Loss worth more than $3 million… However, the last year’s agreement was broken by the HBO star as she not only violated the terms of this agreement but also wore their collections on Euphoria. While she was supposed to become the face of their new line, Somewhere Swimwear”, Sydney allegedly cancelled the agreement without a just cause or explanation. 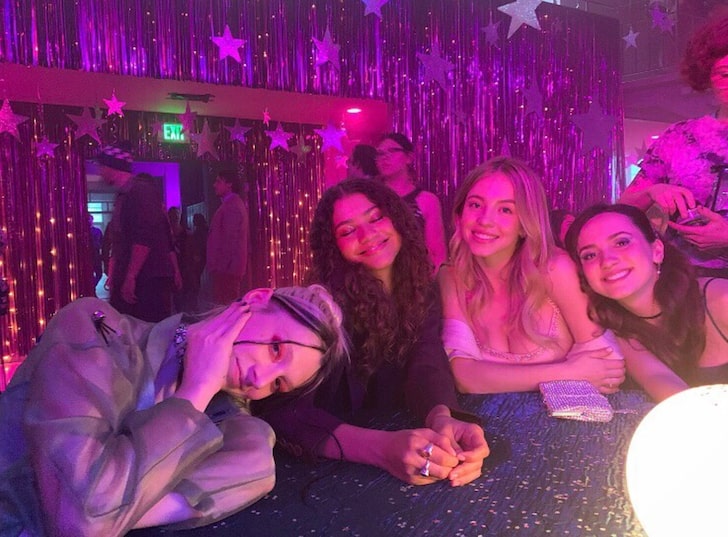 The brand stated, “Sydney appeared to be on board at first and approved all of their designs and production prototypes. Then suddenly her staff abruptly cancelled the agreement without reason or cause, refusing to advance, according to the brand. She allegedly copied the designs for her personal use, wearing the bikinis on at least 5 episodes of Euphoria.”

In the lawsuit, LA Collective highlighted that Sweeney then allegedly appropriated their designs for her gain, wearing the swimsuits on at least five episodes of her hit HBO series. As a result, the company suffered a huge loss of around $3 million, an amount they could have earned by selling their new line. Sydney Bernice Sweeney is an American actress. She gained mainstream attention in the Netflix series Everything Sucks! (2018) for her role as Emaline. She also played the role of Eden in the Hulu series The Handmaid’s Tale (2018) and Alice in the HBO miniseries Sharp Objects (2018).

Apart from this, Sydney is most known for starring as Cassie Howard in the HBO teen drama series Euphoria (2019-present) and as Olivia Mossbacher in The White Lotus since 2021. In the film, she had a role in Quentin Tarantino’s 2019 comedy-drama Once Upon a Time in Hollywood, portraying Dianne “Snake” Lake.

Sydney is now set to appear in the upcoming Sony’s Spider-Man Universe (SSU) film Madame Web. However, she has a hefty lawsuit to take care of. The American actress is liable for breach of agreement as per the new lawsuit.